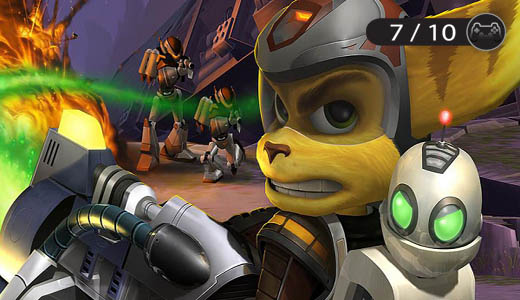 Before they got their Resistance on, Developers; Insomniac wowed early PS2 gamers with the first in what is still an enduring franchise. Ratchet & Clank a free roam futuristic romp across the Galaxy with a marsupial looking character called Ratchet and a side-kick called Clank, a small but mighty robot.

Previously having been remade in HD for the PlayStation 3, in the same vein of PlayStation’s other successful I.P.’s the entire trilogy has been ported over to the Vita, retaining every high definition pixel and hours upon hours of awesome gameplay.

In the very first title we are introduced to Ratchet who had dreams of adventuring and goes to a little known almost forgotten planet to begin his exploration of the Universe. 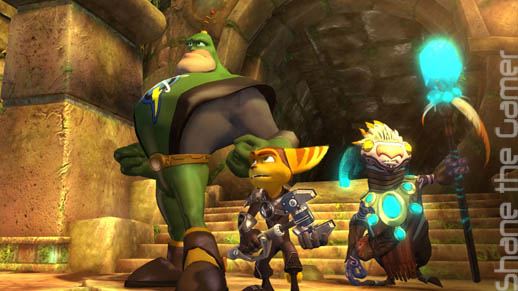 Around this time, another entity also has big dreams. Drek finds the Planet that he rules called Orxon is too polluted. Answer to this problem? Take the best parts from other planets to ‘build’ a new planet for himself. Simple.

Thus begins the adventure that Ratchet had been waiting for and what was going to be a huge catalog of future Ratchet and Clank’s. 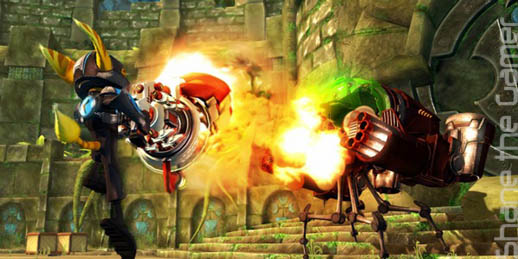 The second installment; Ratchet & Clank: Locked & Loaded (aka Going Commando) plays pretty much the same as the first title, but with enhanced and upgraded weapons.

After their conquering of Drek and saving the Galaxy, Clank and Ratchet lay back for a bit of R&R.

It does not last long. They are contacted by a Mr. Fizzwidget who is the head of ‘Megacorp’. 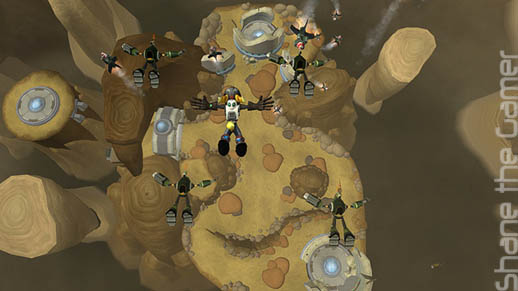 Fizzwidget had come up with a new product; the Protopet. A cute and fuzzy creatuire that he was about to mass market across the Universe. As you would imagine, his plans are thwarted and the one and only Protopet is stolen.

Yep, Fizzwidget needs your help… But are you being led into an adventure that you didn’t need to be involved in? Is the thief actually in the wrong?

Racing elements were added into the mix in R&C 2, which set the lead up for the third title. 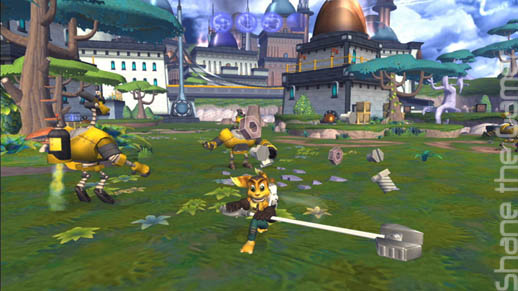 Ratchet & Clank 3: Up Your Arsenal now sees the heroic duo as celebrities.

Known for their courageous bouts throughout the planets.

Clank gets his own TV Series (which also became an exclusive game for the PSP) Secret Agent Clank. 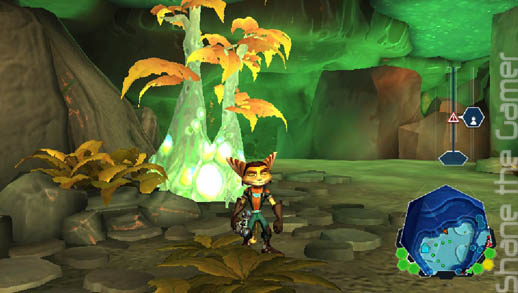 Life is good. But this idyllic existence can’t last and soon they are both called on by the Galactic President to battle Dr. Nefarious, a robotic villain who aims to wipe out all organic life across the Galaxy with his armies of Robots.

Throw in a Britney Spears parody with a full on music video and a series of hilarious 2D mini-games focusing on Captain Quark – a wanna be superhero who cameos and causes chaos in the first and second games, R&C 3 was a must own. 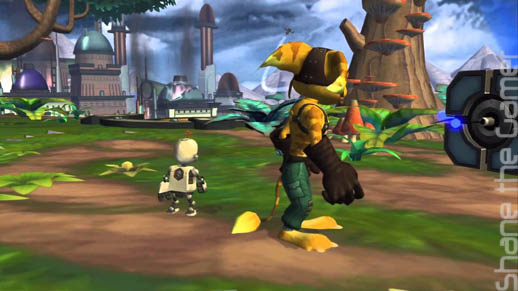 Almost all past characters feature in this third and epic title, leaving some to speculate at the time that this was to be the grand finale. It wasn’t.

Asides from a stint on the PSP with the Clank only title and Size Matters, the Ratchet & Clank franchise then debuted on the PS3 with a Crack in Time, Quest for Booty (anyone else noticing the innuendoes?) and most recently All 4 One and Nexus.

The Vita version is a direct port and sadly there have been no gameplay Vita functions added in. A huge gripe is that when you decide to play a different game within the Trilogy, exiting the current game will not take you back to the main select menu – you need to exit the entire game / application and then reload it. 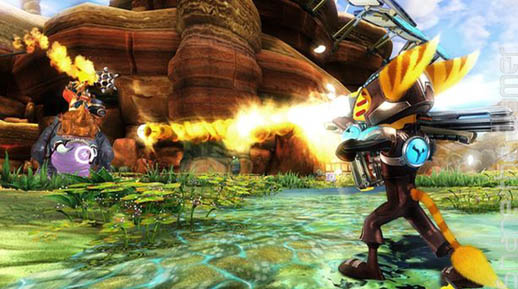 Still, it is great to be able to take one of the greatest first party franchises around with you.

If you played all three on PS2 through to completion, then here’s your chance to do that all over again where ever and when ever you like.