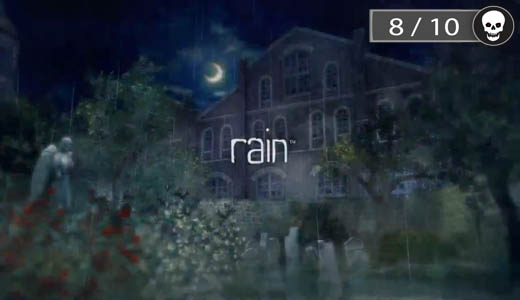 A time came in cinema when the purpose of a film was no longer to simply entertain, but to experiment, evoke, or examine the human condition in some way as well.

It seems this time has now come for video games, with indie releases and even some of the larger titles coming out no longer settling for simple gameplay and explosions to satisfy a gamer’s desire for a new experience. Rain, a smaller title from Studio Japan is a perfect example of this. Exclusive to PlayStation 3, it tells a story of innocence, invisibility, and companionship through a puzzle solving platformer, the experience for the player is enhanced through a melancholic aesthetic and poignant soundscape. 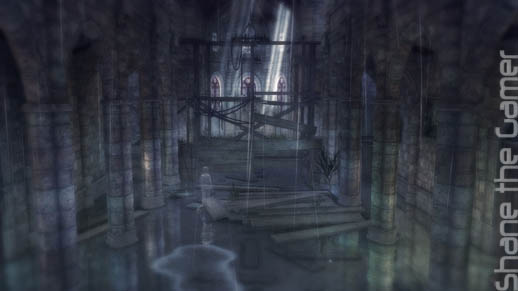 The story is simple yet effective. One night a boy watches as the spectre of a young girl is chased by a ghostly monster. Seeking to help, he follows the two through a door that transports him to the same world of monsters, invisibility, and rain… lots of rain. In the rain the boy is visible to both the girl and the monster, while in the shelter of doorways and scaffolding, he becomes invisible. Thus begins his quest to find the girl, save her, and return to the physical world. 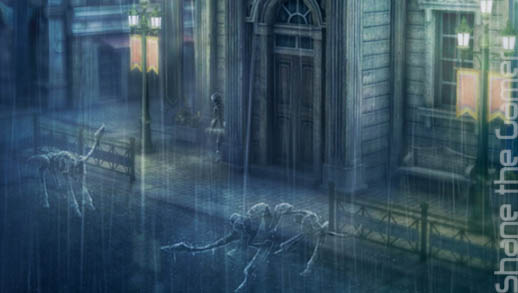 These mechanics of visibility work on a number of levels. In regards to game mechanics, hiding in cover to become invisible is an important aspect of safety and survival. We’re talking one-hit-kills in this game, so there’s no going toe to toe with these things. Simple things like navigation gain an increased challenge when taking place in shelter as well due to the need for a player to pay closer attention to surrounding objects in order to keep a sense of where they are in a space. On an emotional level, the longer a player spends invisible, the more they begin to feel like they’re wasting away. This aspect is accented by the fact that there is no voice acting throughout the game, either from the characters or a narrator. Because of this, puddles to jump in, objects to kick, and anything that allows you make noise becomes a joyous moment of expression; a way to confirm an ongoing existence. 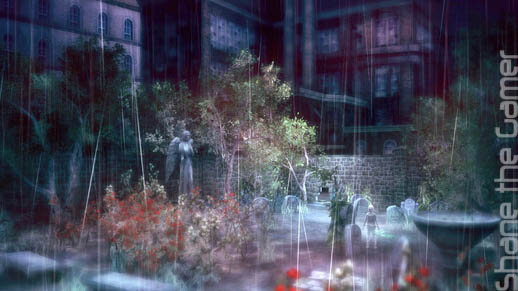 This loss of identity, while a fantastic element of the storytelling, presents problems when attempting to identify an antagonist. In this case, the monster chasing the girl, labelled The Unknown, takes a while to really flesh out.Because of the lack of defining features and the fact that other dog-like and giraffe-like figures appear through the game there is a step missed when defining that The Unknown is a single entity chasing our hero, rather than a multitude of the same figure. 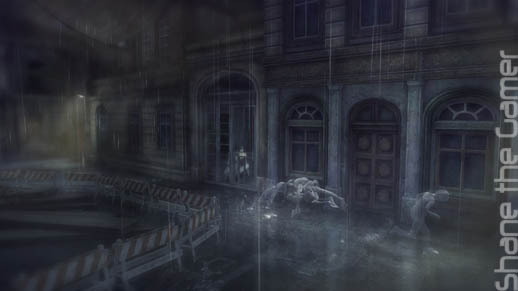 Coming into this title I wasn’t expecting a massive scope or extensive gameplay, but even with this in mind the game felt somewhat anemic by the time I reached the ending. With the first half of the game spent catching up to and meeting the girl, you would expect the dynamics of problem solving and platform to evolve to fully realise a two player mentality, but this is not the case. Some nice moments exist that require some coordination and teamwork, but mechanics never develop further. This is rather disappointing given the solo levels are developed so economically with space and timing, using every object on screen as a ramp, cover from rain, or object to block the Unknown; sometimes all at the same time. 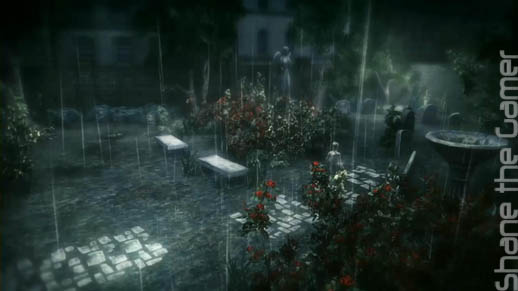 It is through these first levels that both the second half and overall length of the game feel anticlimactic. Because the game begins so strong and hooks you so quickly, by the time you reach the end of the story, you want to know more. I know there’s at least one person hoping for a sequel, or perhaps some DLC to see some more time spent inside the world of Rain.