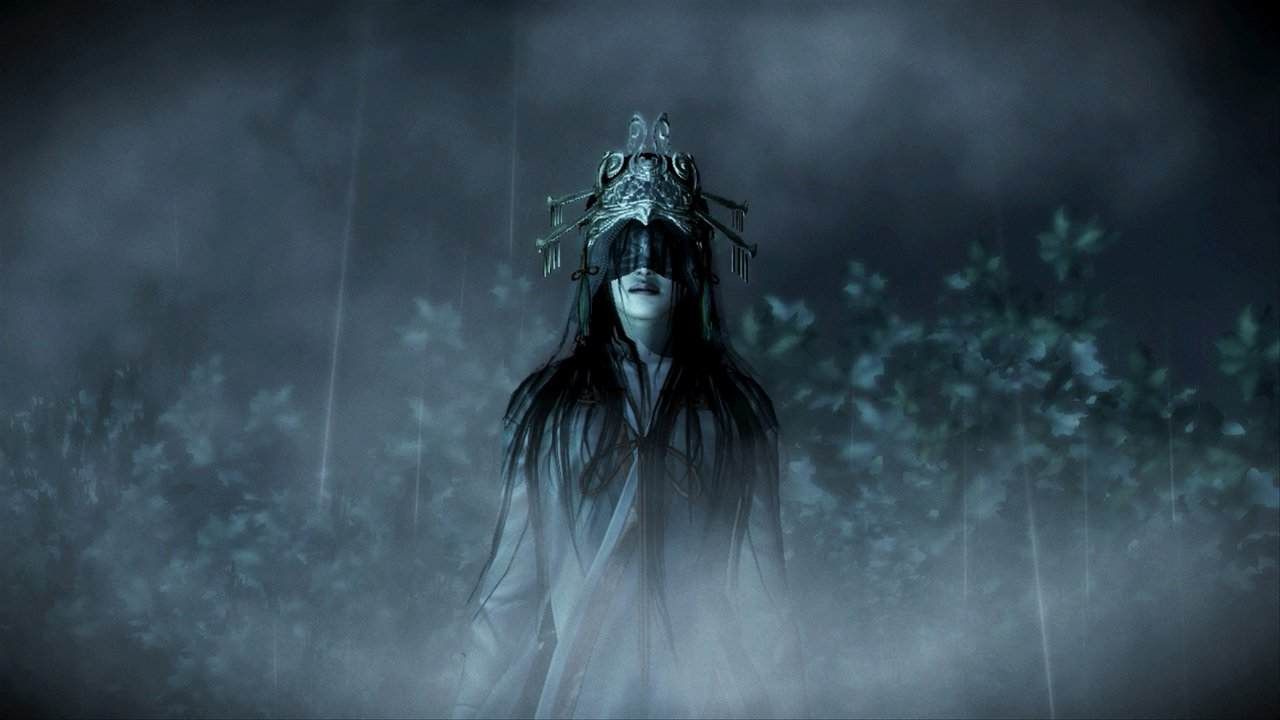 Project Zero: Maiden of the Black Water is the latest in the Fatal Frame franchise, which has finally made its way from Japan to overseas markets. It is the fifth in a series featuring the unique combat mechanic of the camera obscura, used to take photos of ghosts and spirits to defeat them.

Project Zero games have been known for their traditional survivor horror flavour, and this game is no different. The overwhelming feeling of Project Zero is of unending darkness. Finding hope is less of an issue than the simple need for survival in horrific circumstances. The game’s story doesn’t shy away from delving deep into potentially troubling themes, but it never really was able to engender much empathy with me. Most of the character’s performances are distant, with little that allows the player to relate to them much at all – there seems to be a strange disconnect between what’s happening in the story and in the environment and what the main characters actually do. 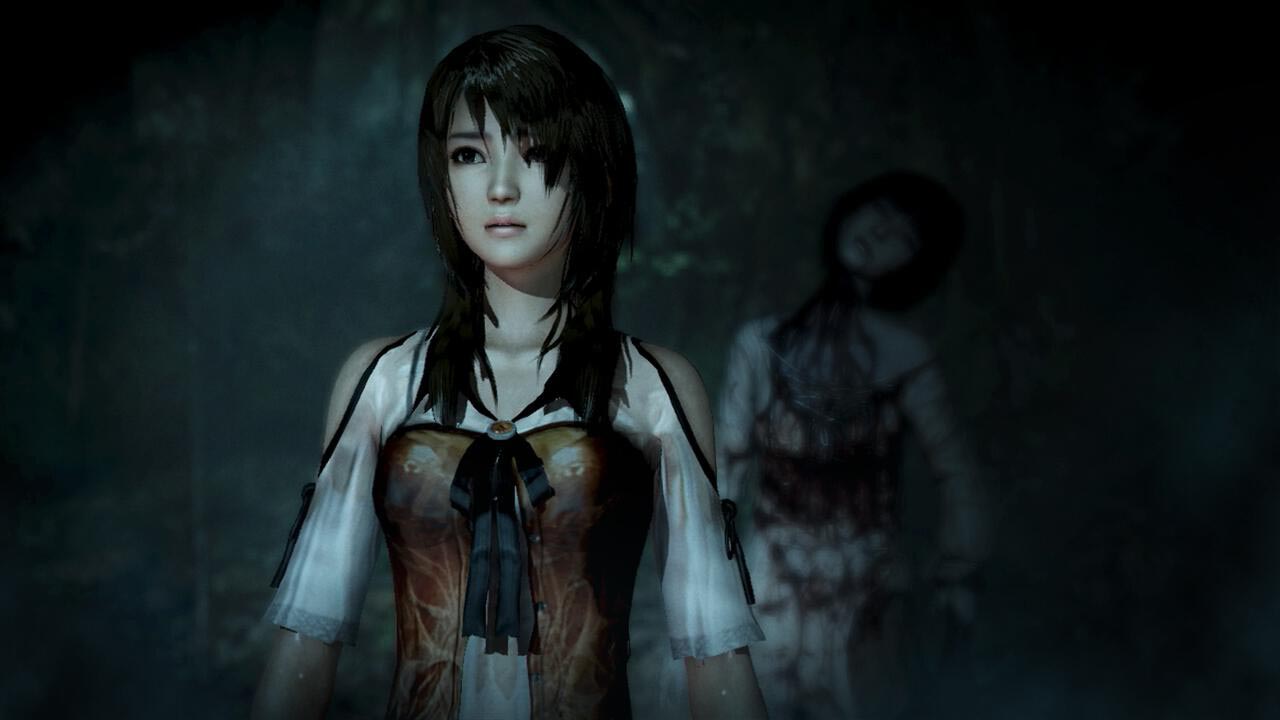 This is heightened by poor costume design of the main female characters. Thigh high stockings and miniskirts stand out starkly against the dank and dripping environments, and seem to be a photocopy of tropes routinely employed of the young female protagonist. We need to see games move beyond this. It is possible that in horror games we still have powerful, independent women.

In your time with this game you will fight enemies by taking photos of them.

A variety of film types and lenses to give you bonuses in combat. The game incorporates the Wii U’s Gamepad directly into fights, where you must physically raise your Gamepad and press ‘x’ to bring up the camera mode on the Gamepad’s screen. From there you can see a variety of HUD indicators around the ghosts in the frame. Choosing the right moment to take a photo is essential as each film strip take about 5-10 seconds to load, which at the wrong time can easily mean the difference between surviving and seeing the game over screen. Taking a photo at the right time however causes massively more damage to the ghosts, with the potential to take photos in a rapid series of succession. 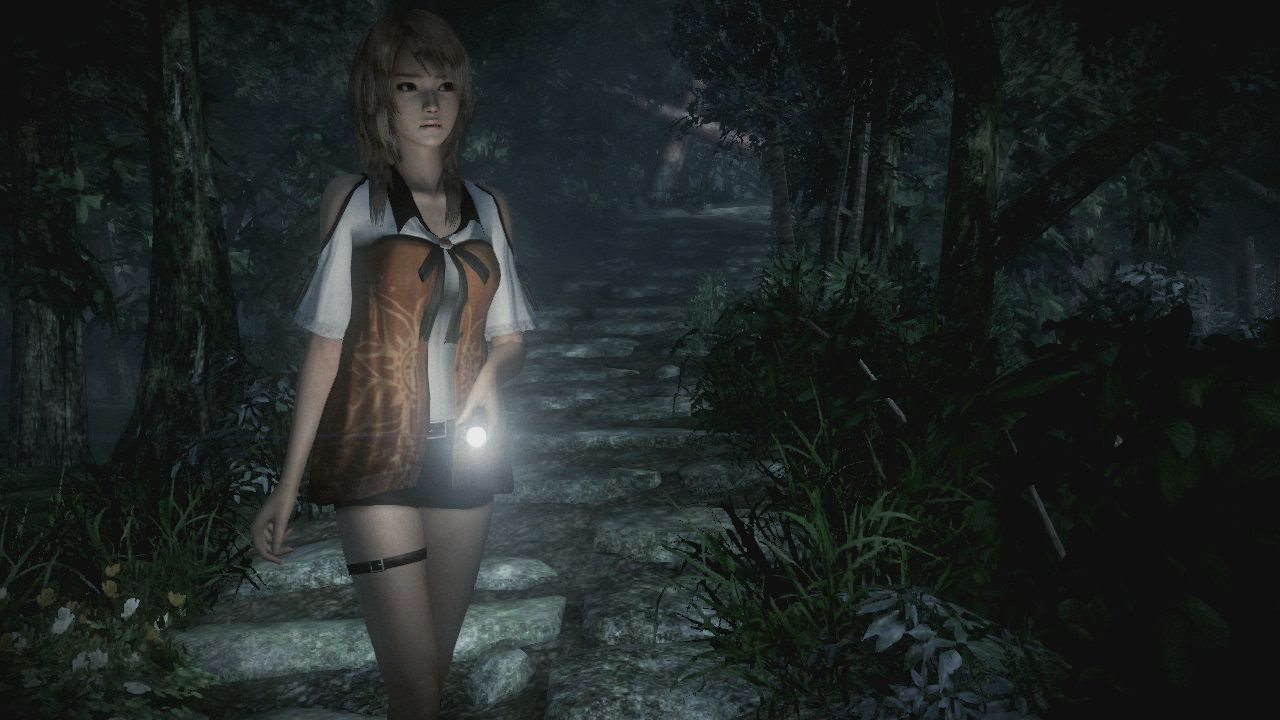 This is the game’s defining feature, and makes a play at once again validating the Gamepad’s existence. Unfortunately it’s implementation is clumsy and at times inscrutable. In not so many words, the controls are terrible. Turning 180 degrees is a particular a bad experience. Pressing the ZL button is meant to move the camera behind you, but I found it very unreliable in practice.

Just keeping enemies in the frame is tough, especially as they move about you, staying out of frame.

This is made even more difficult as what’s on the Gamepad isn’t necessarily what’s shown on the TV.

More details about the camera obscura, your weapon, is shown on the Gamepad than on the TV. This means you’re constantly moving your eyes back and forth between the Gamepad for combat and the TV for movement, or that you simply play the entire game on the Gamepad itself. This makes combat either disconcerting and disorienting or limited to a low resolution display, making it difficult to see. 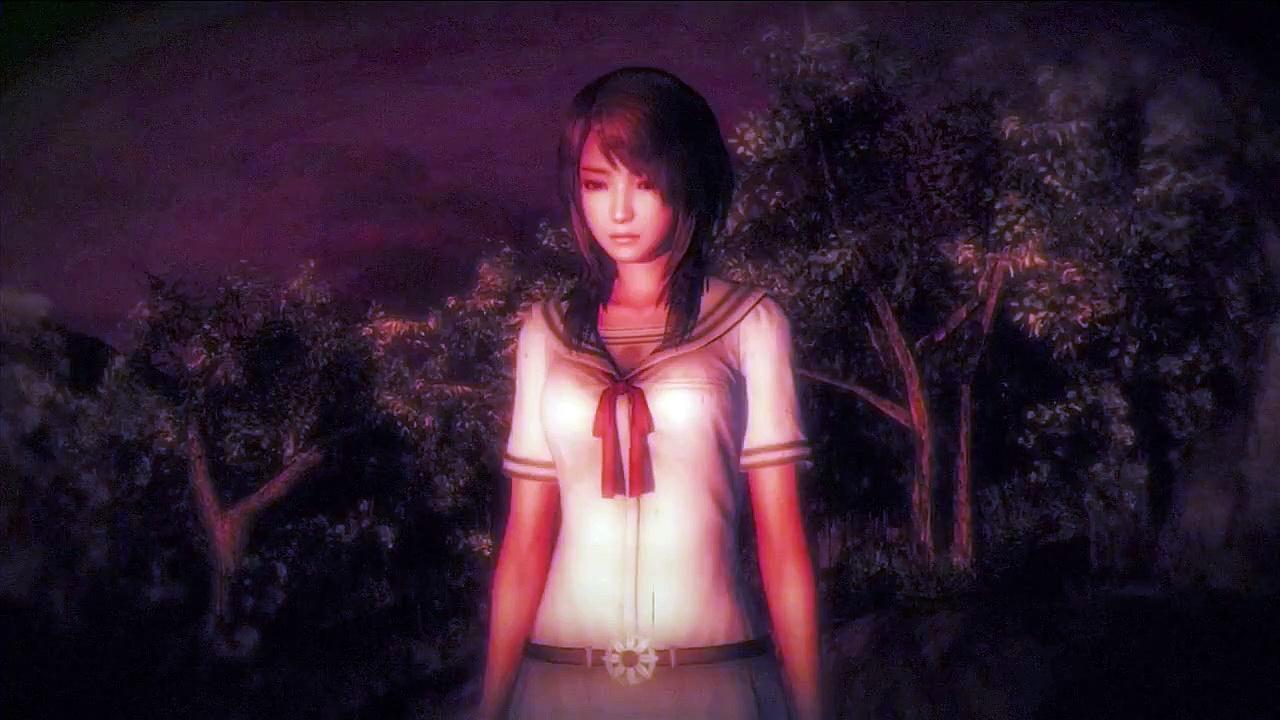 A wetness mechanic is also used to heighten tension and to make ghosts more difficult. Keeping dry is now essential, which you can do through a few limited items that you find amongst the forest floor. I found this frustrating, and ignored it mostly, probably to my peril.

There are some laughable moments in this game too, borne out of interesting game design choices.

To increase the spookiness factor, to pick up an item you must hold ZR as your character painstakingly bends down to pick it up. At any moment a ghost hand may appear, at which stage you need to release the button or be hurt. What it means in practice however is that every time you want to pick something up or open a door (even in a safe area!) it takes forever, and all tension is lost through repetition. 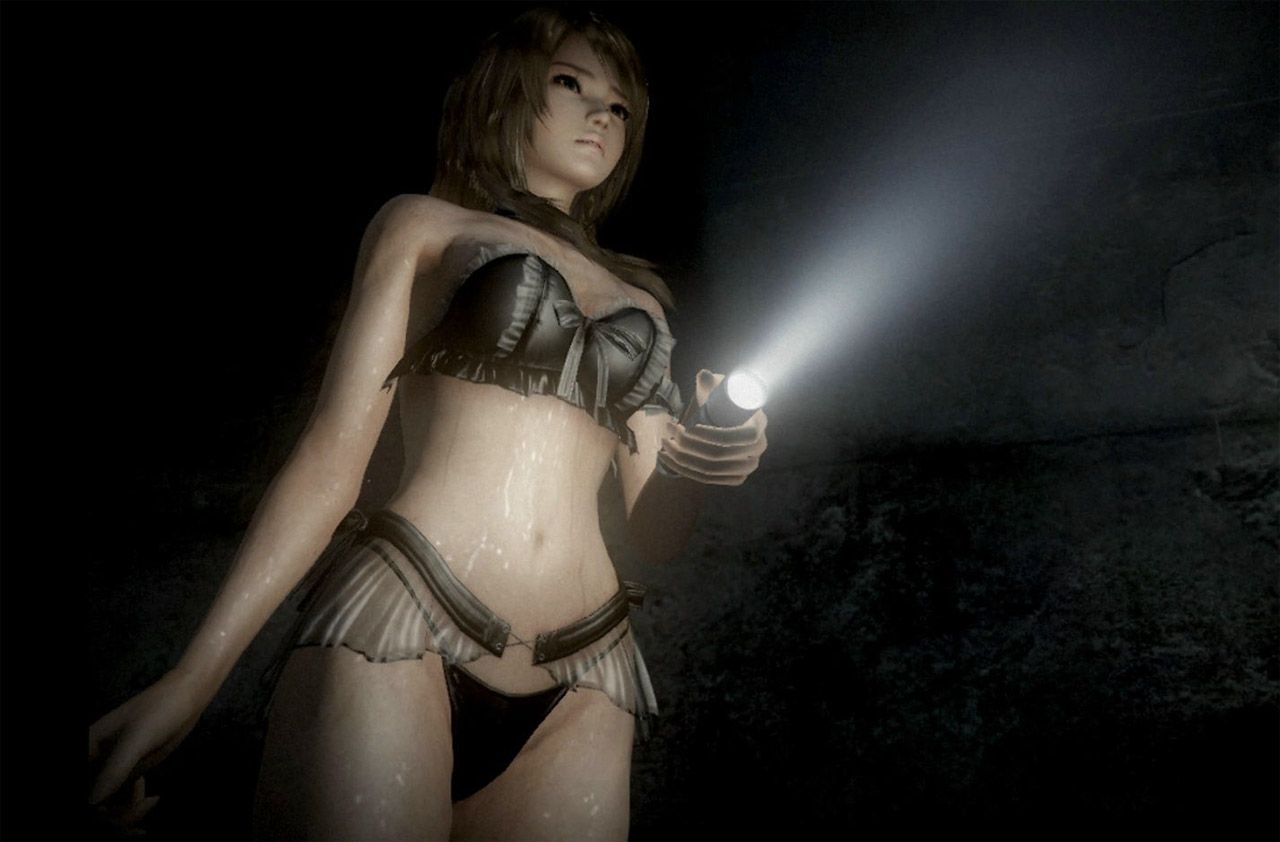 Yet for all of these complaints Maiden of the Black Water does have some good moments. For a Wii U game it looks pretty good.

This is probably aided by the fact most of the game is predominantly backdrops and set in small, contained spaces (even when outside). Most of your time in this title will be spent running through darkened corridors, even when in supposedly open environments such as a forest. The linear travel around these open areas was frustrating, especially when I thought I spied a path escaping an enemy, but ended up running against an invisible wall.

Luckily you can make the Gamepad show a map, which makes getting around a bit easier. 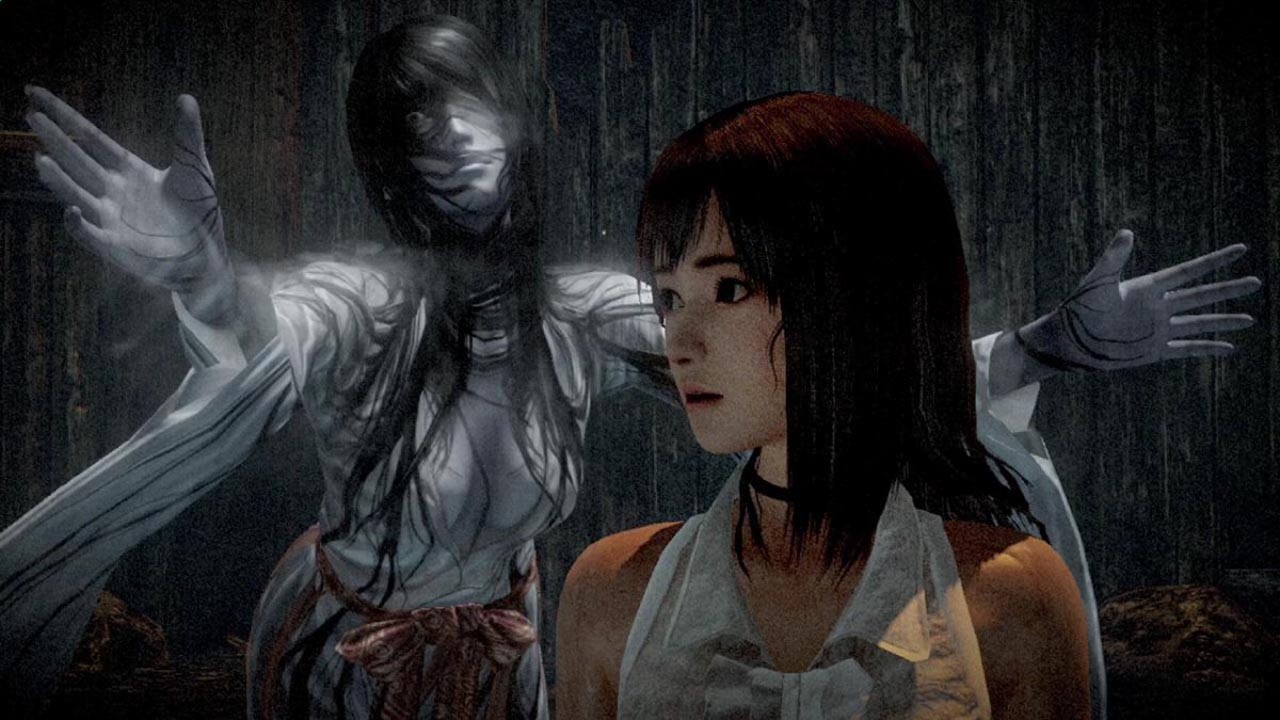 Hair and costumes seem relatively high texture for Nintendo’s console. That said, many character’s faces look incredibly doll-like and unlifelike. The Wii U’s incredibly outdated hardware is showing its age, especially as the newer consoles are really coming into their stride.

The game also allows you to play with Japanese or English audio, an option that I always appreciate from overseas titles, especially with titles such as these that are strongly tied to the host culture.

With a demo of Maiden of the Black Water available on the Wii U eShop containing the first two chapters, you have nothing to lose by trying the game. Note that the full game is about 18GB (split pretty evenly between the demo and the rest of the game), so you will probably need to connect an external hard drive to your Wii U to play digitally.

Project Zero:Maiden of the Black Water isn’t going to be the most noticed game this year, but if you want traditional horror survivor, and have enjoyed the previous entries in the series, this latest installment in the franchise will give you its best game yet.