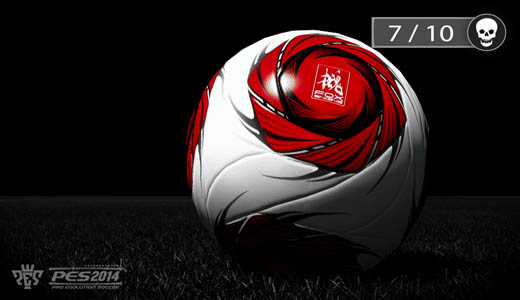 It has been 6 years since I last played a football video game. It is safe to say that gaming has evolved a lot since then, so I was eager to see how this has reflected in the latest Pro Evolution Soccer game.

This enthusiasm quickly died off, however, as Konami’s latest effort failed to even come close to my expectations.

That is not to say PES 2014 is horrible. It just wasn’t really what I was expecting. I had images of the excitement I would feel after scoring a goal, AI actually behaving like the real deal and more importantly, feeling like I’m participating in an actual football league.

Unlike most other games, the controls aren’t something you can just pick up on the fly. The tutorial is a must for any newbie players, like me. This is unfortunate as due to poor feedback and level design the tutorial can be a real pain to complete, especially on the more advanced levels where moves become more complex. 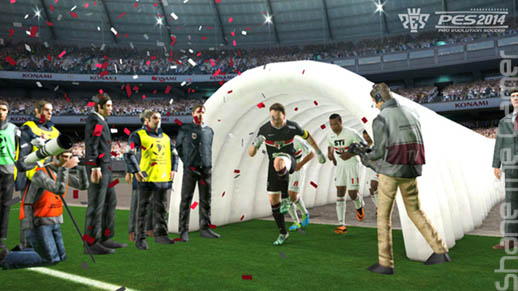 Even after completion of the tutorial, it still took me a few hours to get used to the controls, or at least as used to them as I was ever going to get. I never really mastered all the moves and honestly many of them aren’t really needed, as once you figure out the AI you will be set.

There are two sets of button layouts, one for attack and one for defence. Things start to fall apart when the ball enters no-man’s land. As your players race to claim the ball first, getting a quick ball away can sometimes prove disastrous. Depending on which of the two modes you are in the buttons will do completely different things. I found understanding what mode it is in really difficult. More than once I went for a quick lofted pass as I approached the ball but ended up slide tackling an opponent and giving away a penalty. 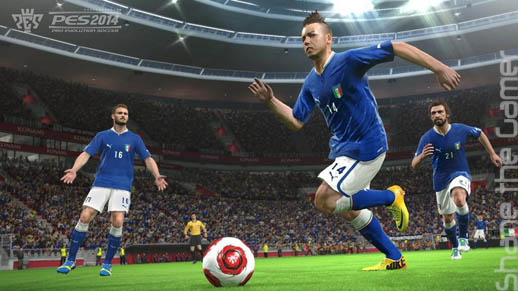 The game features what I would expect to be typical modes in sports games these days. You can coach a team in Master League, play as a team through a league in the Competition mode or play as your favourite player throughout their career in Become a Legend. You can also create your own player and enter them into any team you want. While still being more enjoyable than I expected, l found Become a Legend to be the least enjoyable of the lot. The lack of control over what is happening in the game makes playing feel a bit dull.

I much preferred coaching a team in Master League. Here you can buy/sell/loan players and also worry a bit about finances. At the end of the season as a coach, you receive offers from other clubs to join their team depending on your performance; this helps keep it fresh as I didn’t really want to slug it out with the same team again in the same competition. 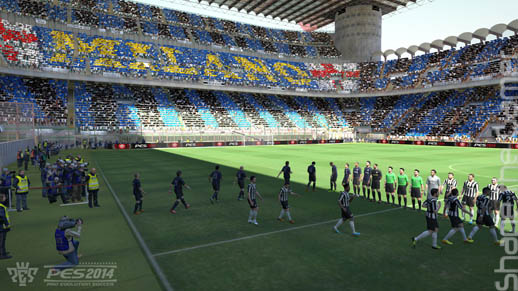 The user interface is unintuitive and tedious to navigate. Things are often hidden requiring a fair amount of random exploration through the submenus to find them. I went several matches in without knowing there was stamina since the stamina bar by default is set to off. Even starting the game for the first time required going through about nine pages of initial menus and settings to finally get to the main page.

One of the cool things about PES 2014 is the Heart system where player’s emotions affect their performance. Scoring a goal or stopping a player will increase the player’s motivation however letting someone past or conceding a goal will cause it to drop. This seems really cool and I wished they highlighted this feature a bit more in general gameplay. 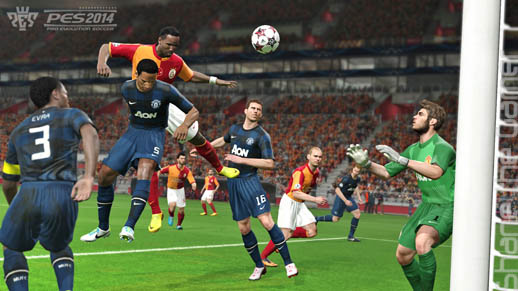 Player and ball movements are surprisingly fluid and realistic thanks to Konami’s TruBall Tech and the Motion Animation Stability System. The ball actually behaved like a ball should and players actually moved and tackled how they should. Applying pressure to someone will cause them to get a bad shot away. A stray ball may bump someone’s leg and end up somewhere completely different.

While things looked realistic I still felt they just failed to properly convey the spirit and excitement that is the great game of football. Scoring a goal should be exciting but unfortunately PES 2014 failures to deliver this experience. Sure the crowd cheers slightly louder, the commentators throw in a generic comment and you get to see the players celebrate, but despite that it failed to really take me to the moment. 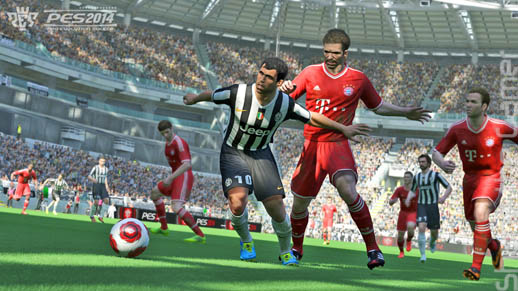 Even the instant replay was off the mark. Instead of opting for a quick close up replay so you can relive that awesome moment, they take you to a camera that is too far away from the action usually well before anything gets exciting. Sitting there bored for several seconds isn’t really my idea of a celebration. There is a do it yourself replay kit where you get to choose your camera and forward/rewind. This once again starts far too long before, fast forwarding is very slow and overall it just isn’t worth it in the end.

The game’s AI is another let down. Probably the most memorable moment for me was running directly in a straight line from kick off and scoring without being touched. This is because for both teams, only one player attacks the ball at a time. If the character isn’t that chosen player they will often just sit there or even run further away. The game seems to do a really bad job of picking who that player is. 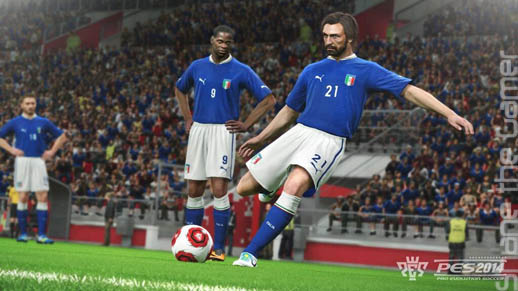 This works against you as well as with you. I still remember another incident where the ball was in my goal area, the closest two players were on my team but at the time not controlled by me, rather than go get the ball they opted to just stand there. This was also disappointing as I really wanted the players not controlled by me show a bit of desperation inside the box just to add a bit of realism.

Aesthetically, the game looked really good during matches. When you see players close up, however, you notice that the level of detail isn’t high. Also many don’t really look at all like what they do in real life. This didn’t affect the game too much since you are playing from a more zoomed out camera angle. So you can’t make out much more than their skin and hair colour. 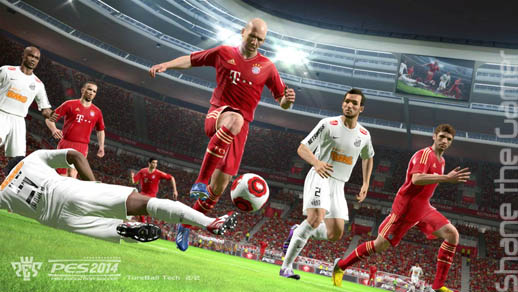 Sound is made up of music in the menus, commentators during the match and cheering crowds. The music during the menus as generally more slow tempered and probably not the choice I would have gone for. Commentators had a decent amount of lines; enough so that in any one game it does sound like people are actually commentating. Game after game, however, you start to notice the repetition and it does get a bit irritating. The cheering crowds didn’t really sound realistic to me. I could never figure out what exactly I didn’t like about it, maybe it just felt too canned, I don’t know.

Now onto localisation. The Australian and New Zealand national teams are also both playable if that tickles your fancy. Being a big Central Coast Mariners fan I was really disappointed to see the A-League not feature in this game. The Mariners make the sole A-League appearance but only in the AFC Champions League. If you like you are able to change what teams participate in each league. 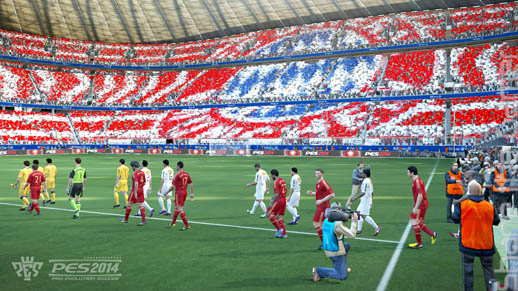 In the end I settled for a team in the English League to complete my first season with. Having no attachment to the team or competition, I probably focused on the flaws of the game even more. The best way I can put it was it was like watching the U12’s play football without your son/daughter in the team. I didn’t know who anyone was, the combination of my bad skills and poor AI made the game quality look very poor and I constantly was questioning what I was doing there. Despite that I still found myself wanting to play that next game.

If you are a fan of one of the teams and leagues featured you may have a different experience. I can really see the appeal of playing as your favourite team in that all important competition. Seeing your favourite player sink the winning goal or your team lift the winning trophy could be an awesome experience. Unfortunately for me it was an experience I never got. 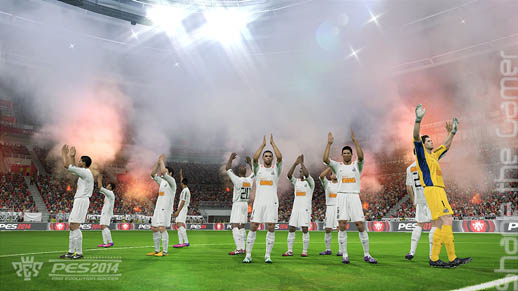 There was also an online component where you can test your skills against other players online. While this was enjoyable, I much preferred the offline single-player component.

Bad AI and the inability to capture the spirit of football is by far the biggest failing of PES 2014. Despite this it still manages to be enjoyable and somewhat addicting. As an overall game, I felt that it failed to live up to the polish and standard of many other titles out there today. If you are a big fan of the previous games I can completely understand why you would enjoy this. If you aren’t a big fan of football or you haven’t enjoyed the previous games you probably won’t like this game that much.