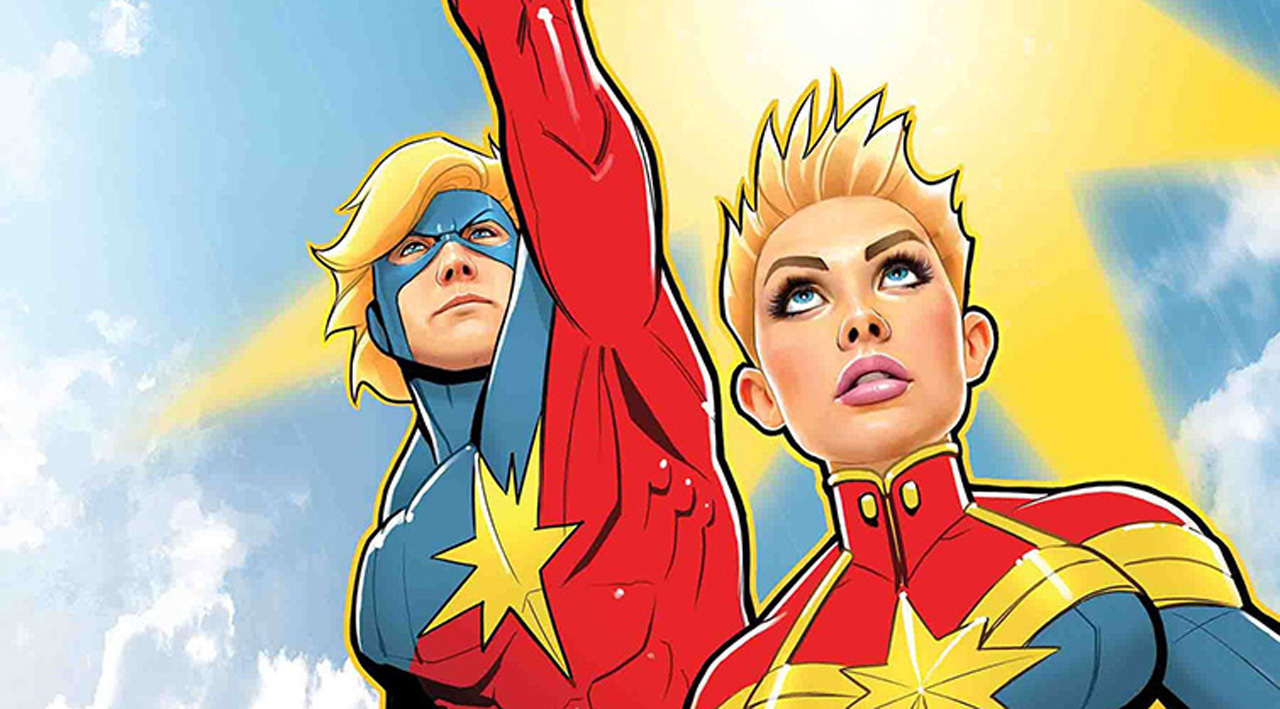 The legacy of the movie’s hero, however, is one of the most fascinating bits of comic-book history. 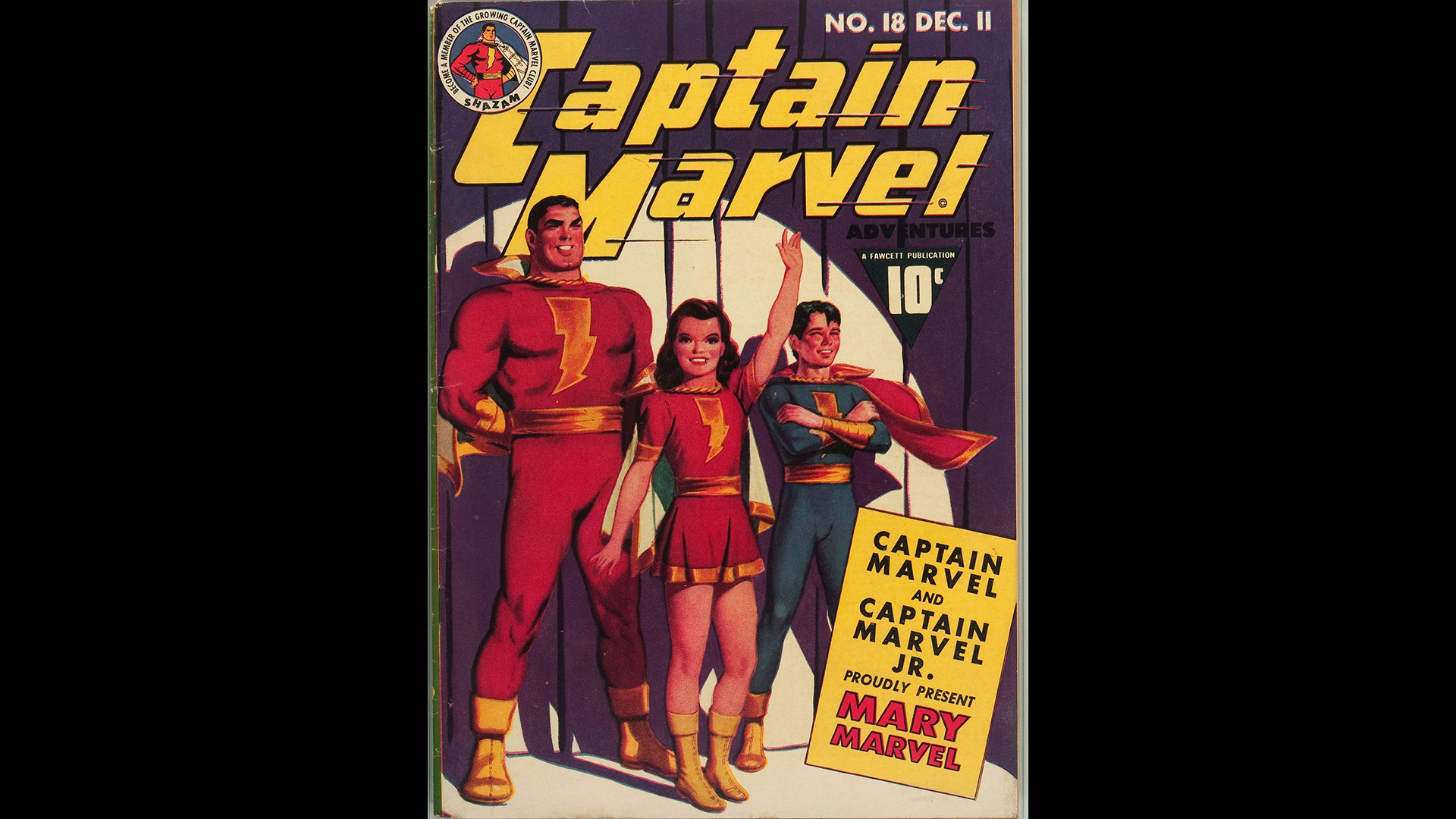 Originally published by Fawcett Comics, Captain Marvel followed the adventures of Billy Batson, who by shouting Shazam! (derived from the legendary beings that granted Captain Marvel’s abilities: the wisdom of Solomon, the strength of Hercules, the stamina of atlas, the power of Zeus, the courage of Achilles and the speed of Mercury). Captain Marvel was soon joined by Mary Marvel and Captain Marvel Jr. to complete the Marvel Family. 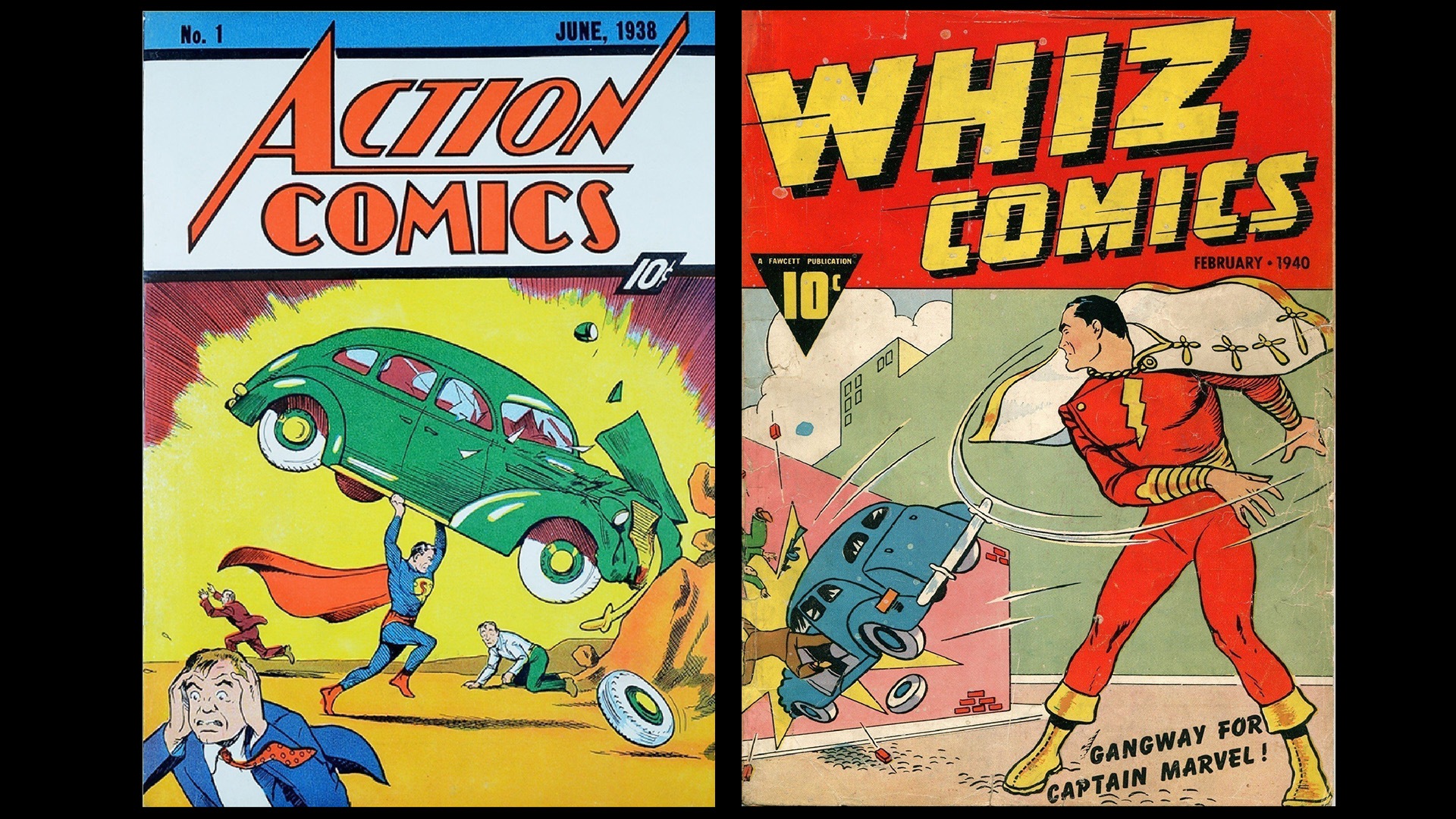 Captain Marvel was a contemporary of Superman, and, at one time written and drawn by Joe Simon and Jack Kirby, the same duo responsible for Captain America. Even though more popular that the last son of Krypton, it wasn’t a super-villain that defeated Captain Marvel, it was DC Comics (then called Detective Comics).

DC claimed that Captain Marvel was too similar to Superman. This may seem odd today with thousands of caped super-heroes, but back then the similarities were very real. Fawcett settled, paying DC (who by this time were now National Comic Publications) the sum of $400,000. Fawcett also agreed to cease publication of Captain Marvel’s adventures. 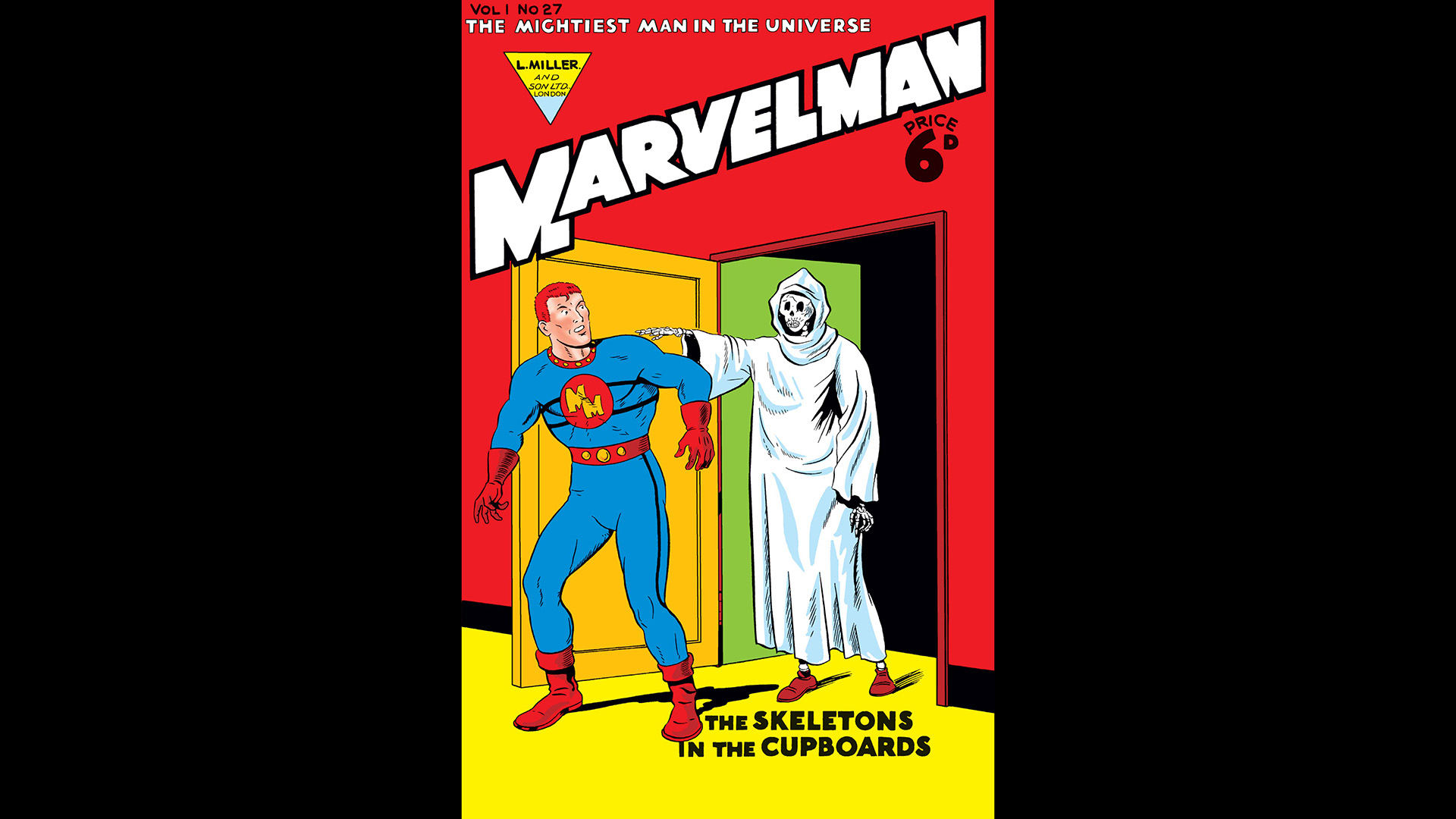 Meanwhile, across the pond in England, L. Miller and Son had been reprinting Fawcett’s line of Captain Marvel comics, including the rest of the Marvel Family. With the lack of original Captain Marvel stories after the DC lawsuit, the British publisher hired Mick Anglo to continue the stories. 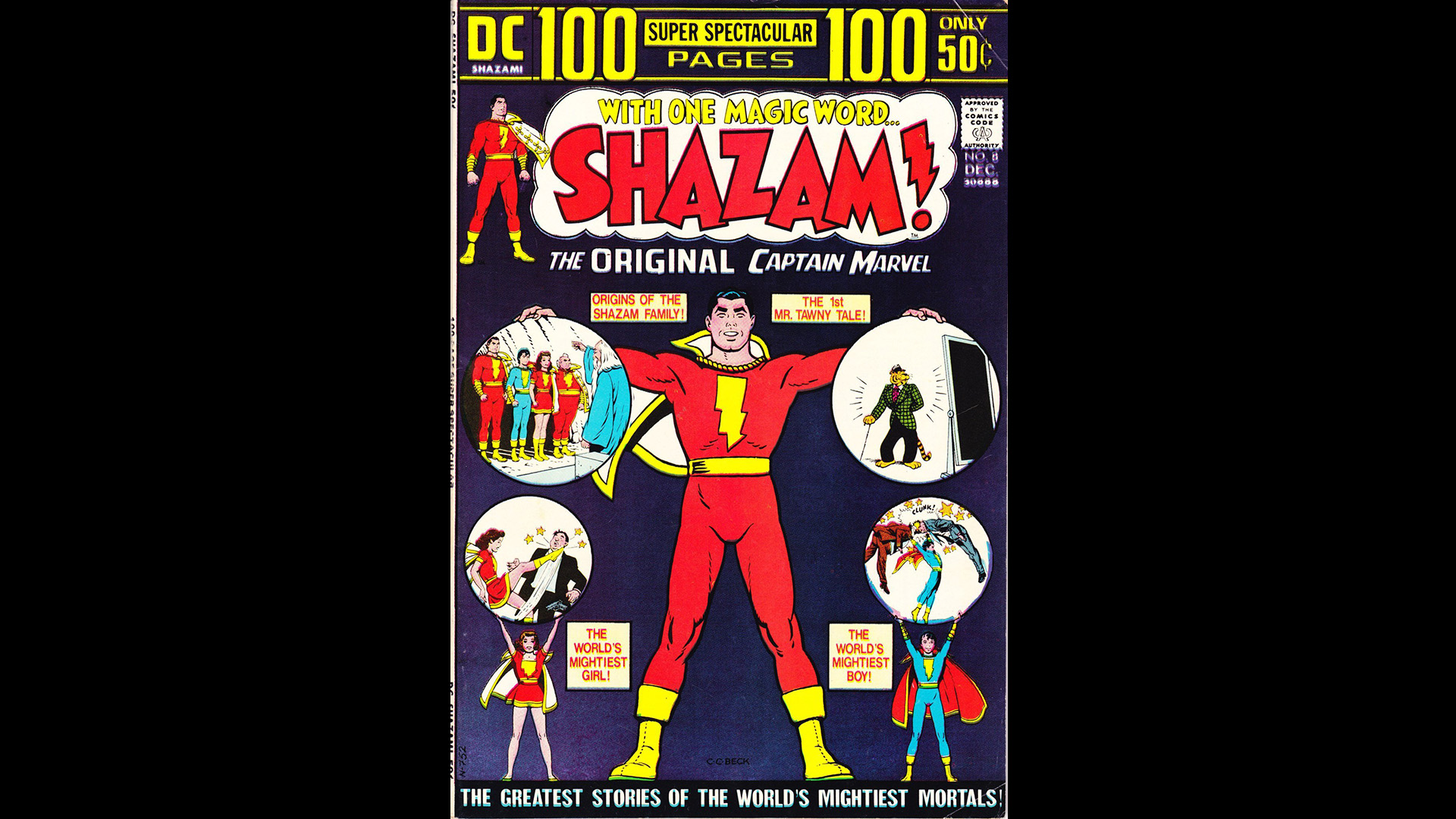 A decade later, back in the US, DC Comics, in an ironic turn, licenced Captain Marvel from Fawcett and added the veteran character to their line-up. In a poetic twist, Marvel Comics objected to DC using the Captain Marvel name. This forced DC to remove Captain Marvel from the title, with the book published as Shazam! The World’s Mightiest Mortal.

In 1967, Marvel comics published their own Captain Marvel, the Kree warrior Mar-Vell. Mar-Vell died of inoperable cancer in Marvel Comic’s first large-format graphic novel “The Death of Captain Marvel”. Mar-Vell is one of the few comic-book characters to stay dead. 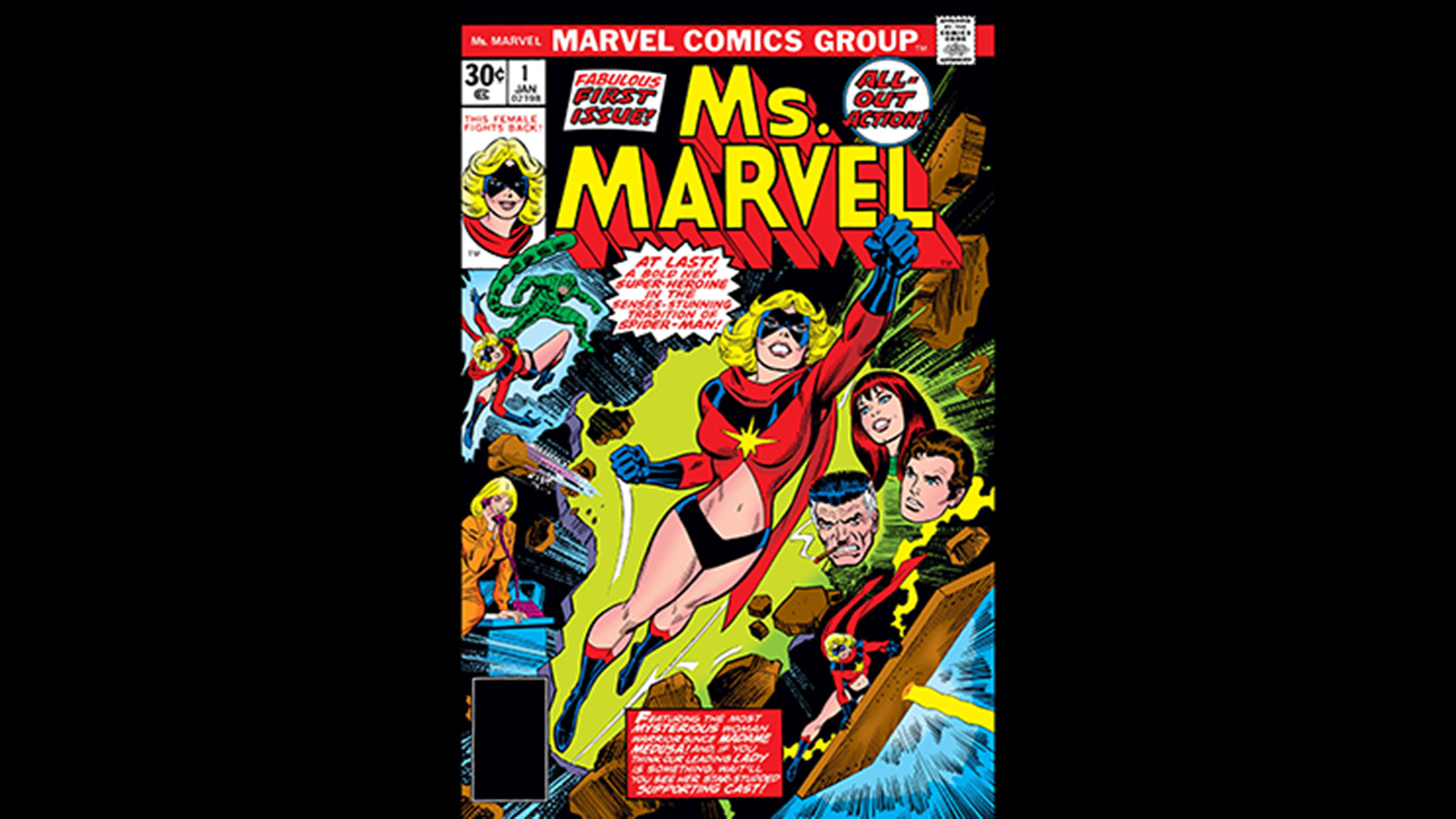 Of course, others would take up that mantel of Marvel’s Captain Marvel, most notably Carol Danvers – the incarnation of Captain Marvel adapted for the Marvel Cinematic Universe. Interestingly, in the comics, Carol Danvers, as Ms. Marvel, got her powers stolen from her by Rogue, later of the X-Men.

Back in England, in 1982, the legacy of the original Captain Marvel was going to take its biggest twist. Dez Skinn, the former editor-in-chief of Marvel UK, founded his own publishing company, Quality Communication and started publishing the award-winning anthology comic magazine, Warrior. As well as Alan Moore and David Lloyd’s V for Vendetta, Warrior also featured a rebooted Marvelman.

Just how Dez Skinn obtained the rights to Marvelman is the subject of controversy. L. Miller and Son had gone out of business decades before. Whilst Skinn maintained he purchased the rights from the British receiver’s office, in reality he probably did no such thing. But more on that later. 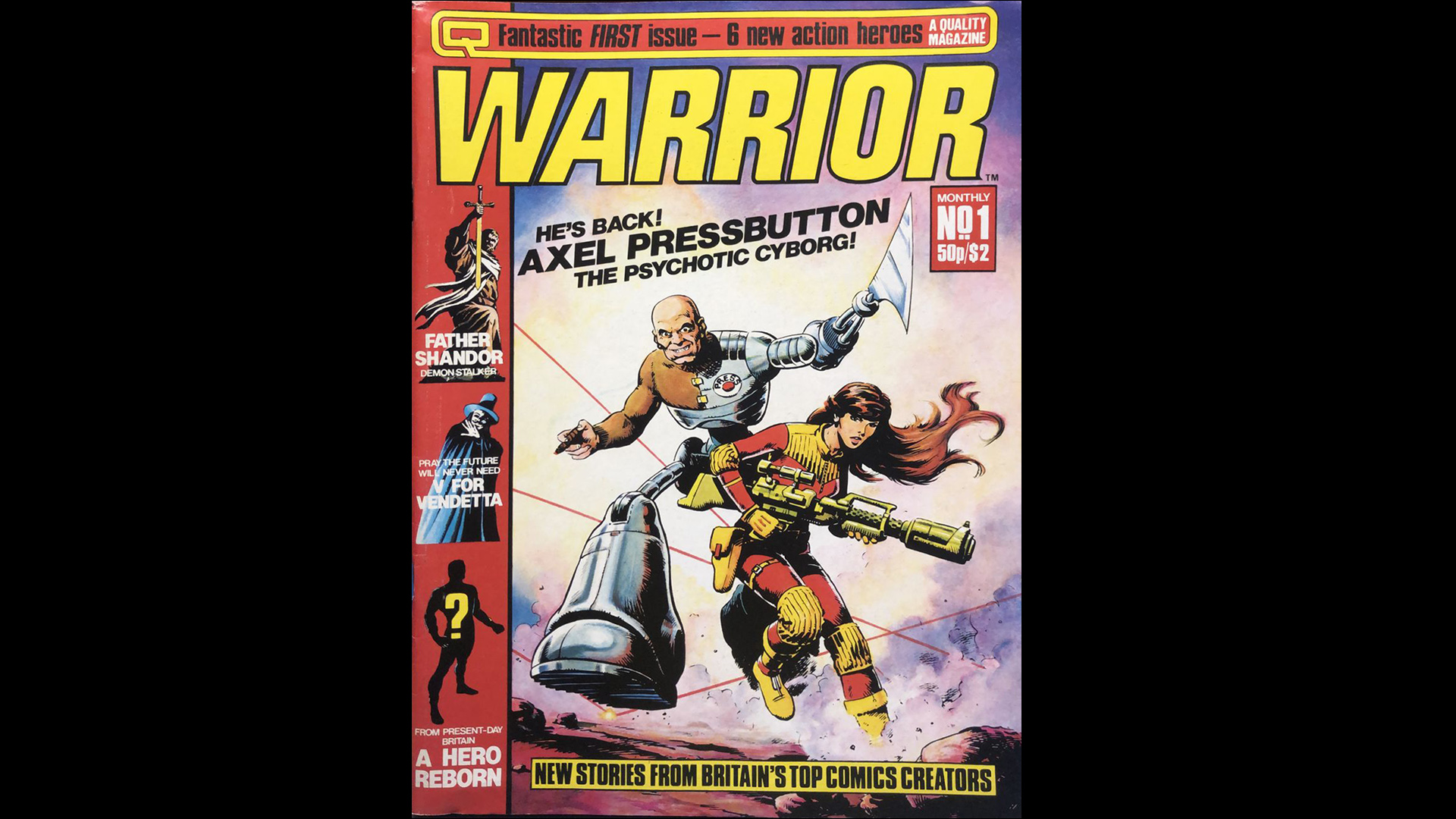 Legendary Comic book writer Alan Moore was keen to continue the adventures of Marvelman. In typical edgy 1980s fashion, the Marvelman revival began with an overweight, middle-aged Micky Moran who, as the result of an explosion years before, had totally forgotten about his super-hero alter-ego. Save for a dream of flying.

Warrior folded after 26 issues, leaving the Marvelman story unfinished. Whilst its stablemate, V for Vendetta, would eventually be reprinted and completed by DC Comics, Marvelman ended up with Pacific Comics, who folded a few months later, and was subsequently picked up by Eclipse Comics. 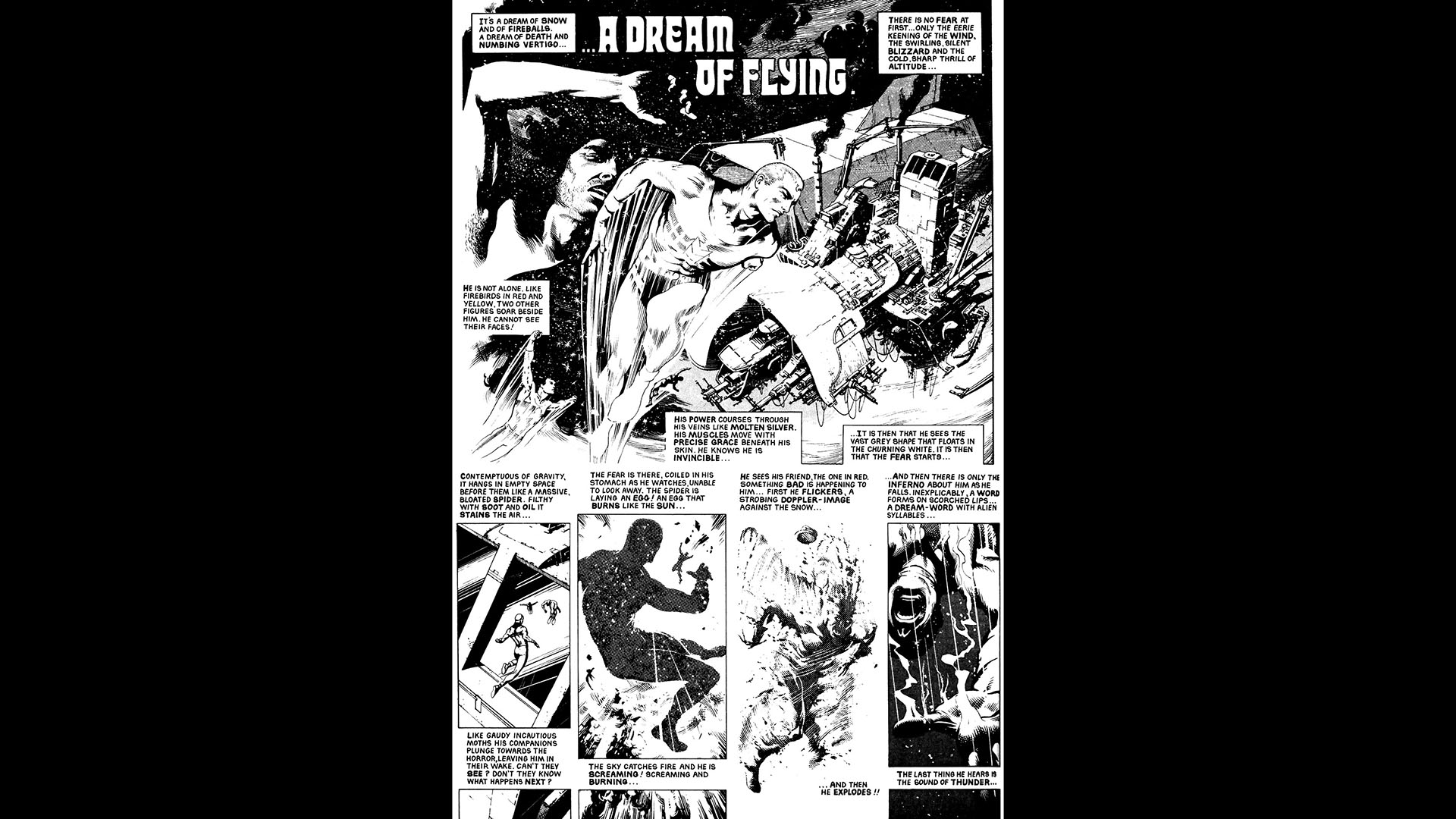 Artists Rick Veitch and John Totleben would join Alan Moore on the title following Austen’s departure. The trio would later go on to do great things together with DC’s Swamp Thing. 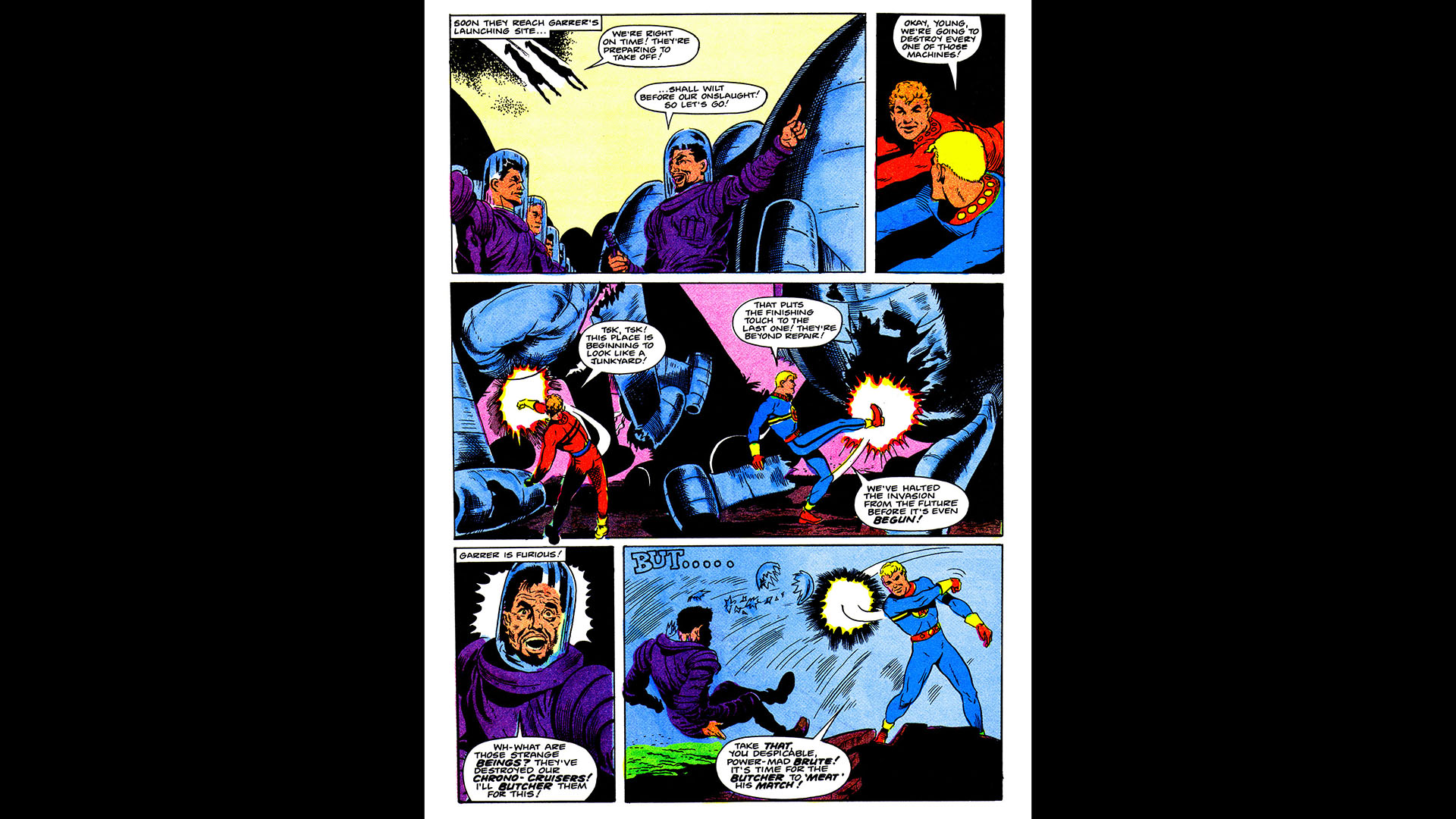 The rights to Miracleman were split between the publisher and the creative team.

From issue 17, Neil Gaiman, writer of American Gods, and co-author of Good Omens, took over from Alan Moore with Mark Buckingham handling the art. In 1994, seven issues into Neil Gaiman’s run, Eclipse went under. 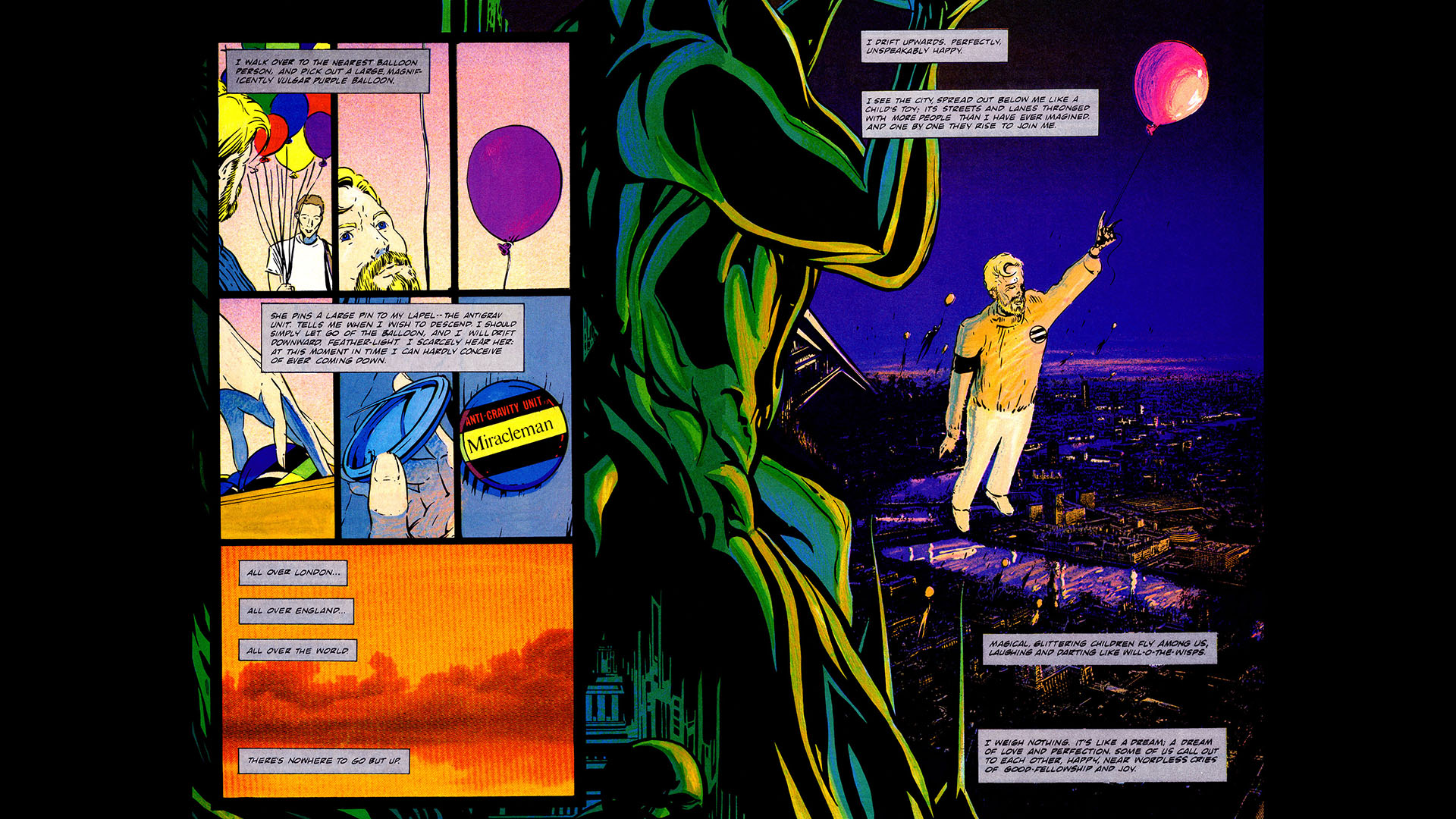 For over a decade the rights to Miracleman were subject to a legal tug-of-war between McFarlane and Gaiman. It was another twist to the Captain Marvel legacy, out of the blue, that would settle the argument. 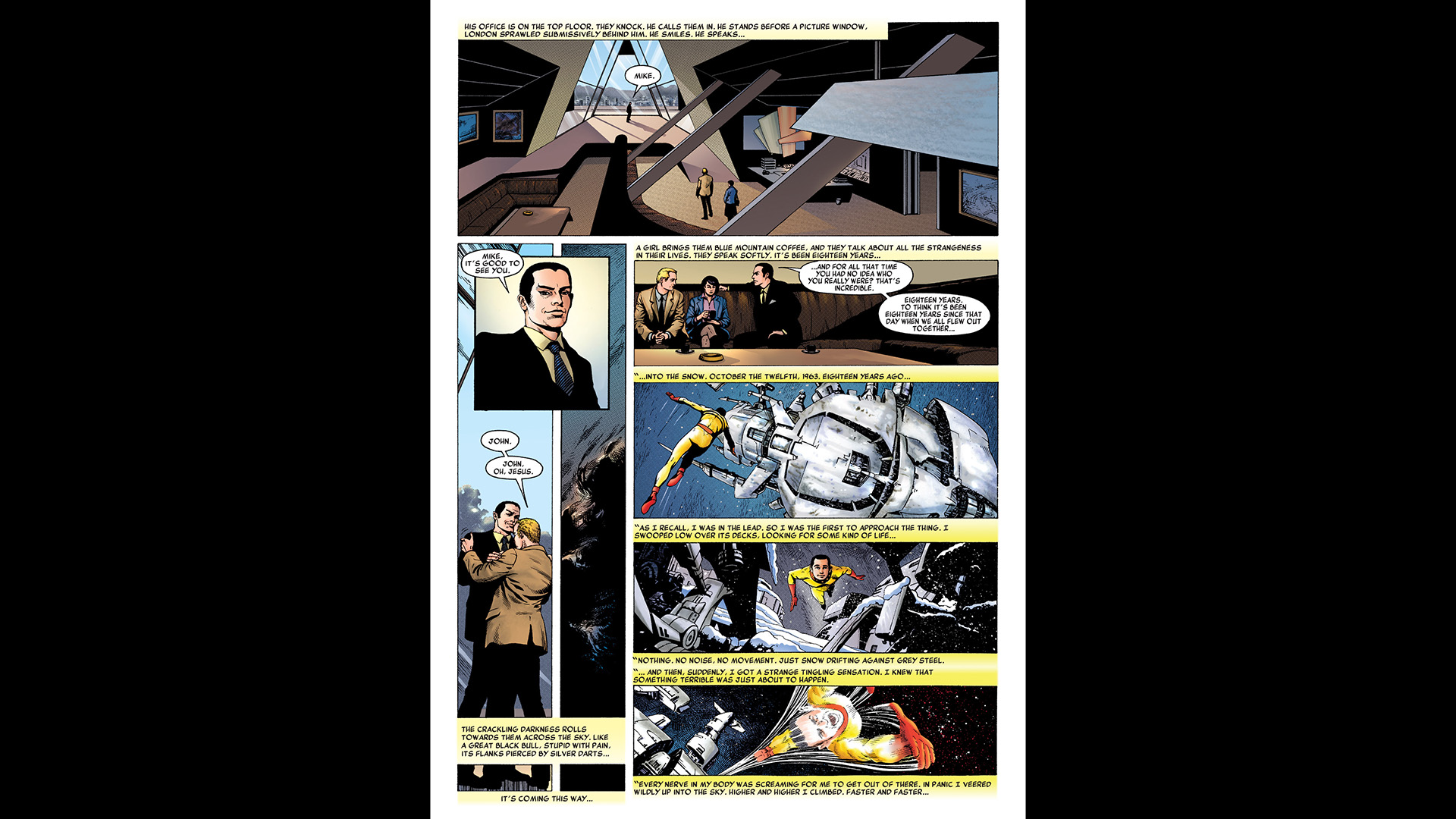 Whilst comicbook legends Todd McFarlane and Neil Gaiman fought over Miracleman in the courts, Marvel Comics flew over to England to talk to Mick Anglo, the “creator” of Marvelman / Miracleman. It seemed that Dez Skinn hadn’t sorted out the right issues surrounding the character back in the 1980s. Some say that he never even bothered trying to secure them, believing no one would care.

The sad truth of the matter is that for all the controversy and fighting over Miracleman, no one had contacted the man responsible for the character, nor have he received a cent from the revival. 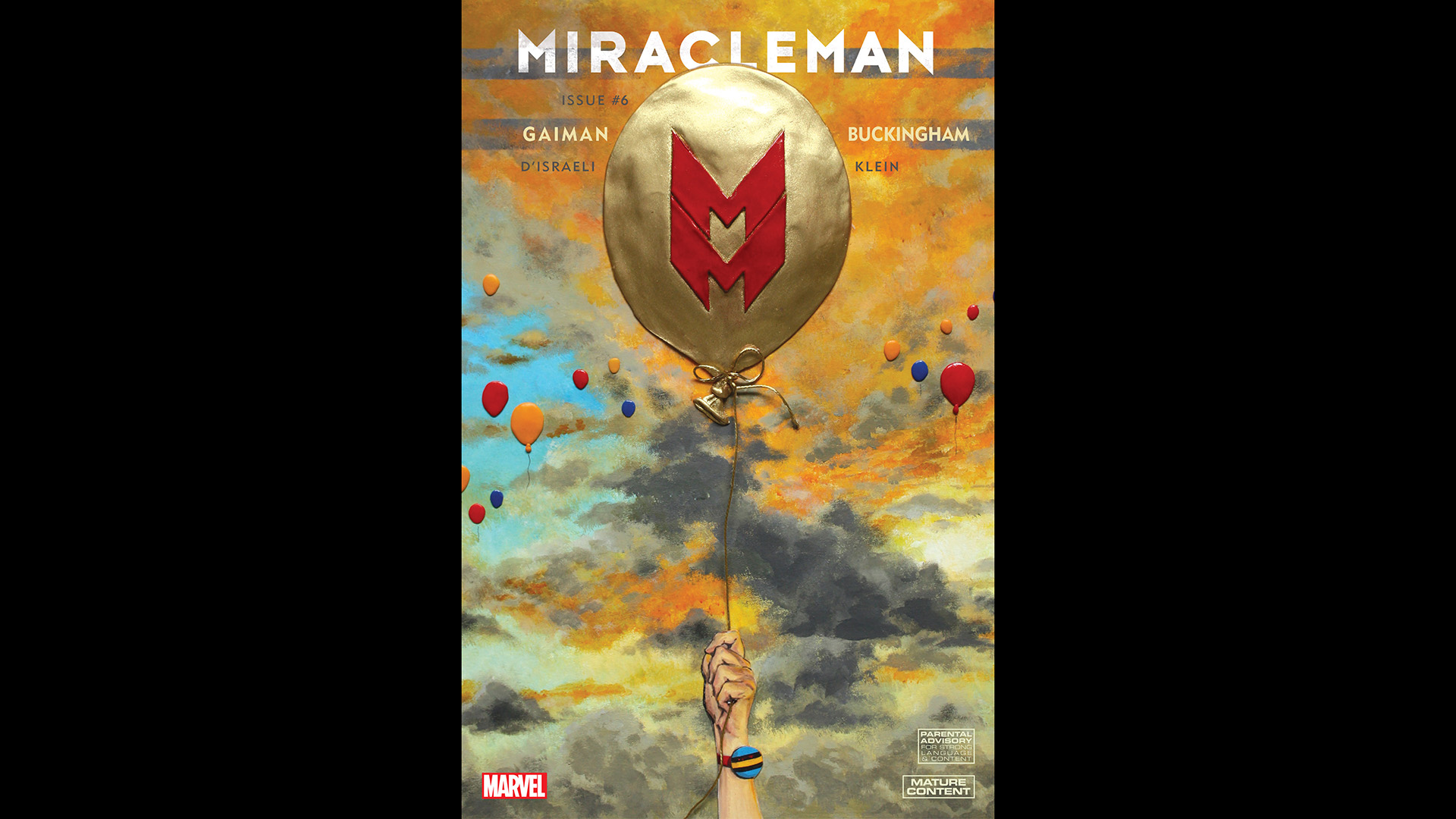 Marvel Comics, in one final twist to the story, purchased the rights to Miracleman from Mick Anglo in 2009. To date, along with several reprints of the original 50s and 60s Marvelman comics, all the revived Miracleman stories have been republished by Marvel Comics. Later this year Marvel are rumoured to continuing the publication of Miracleman allowing Neil Gaiman and Mark Buckingham to conclude the story they left nearly twenty-five years ago. 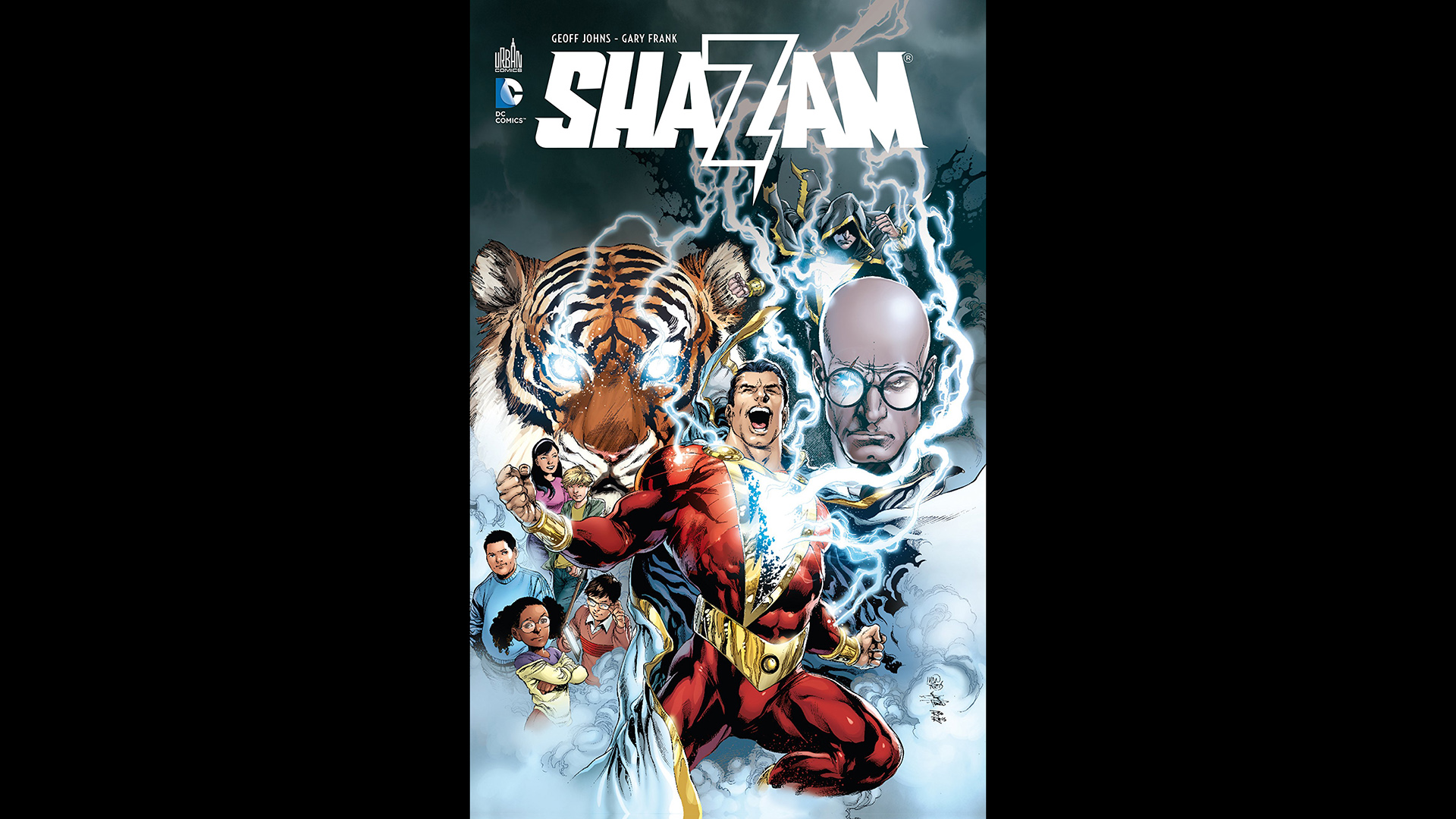