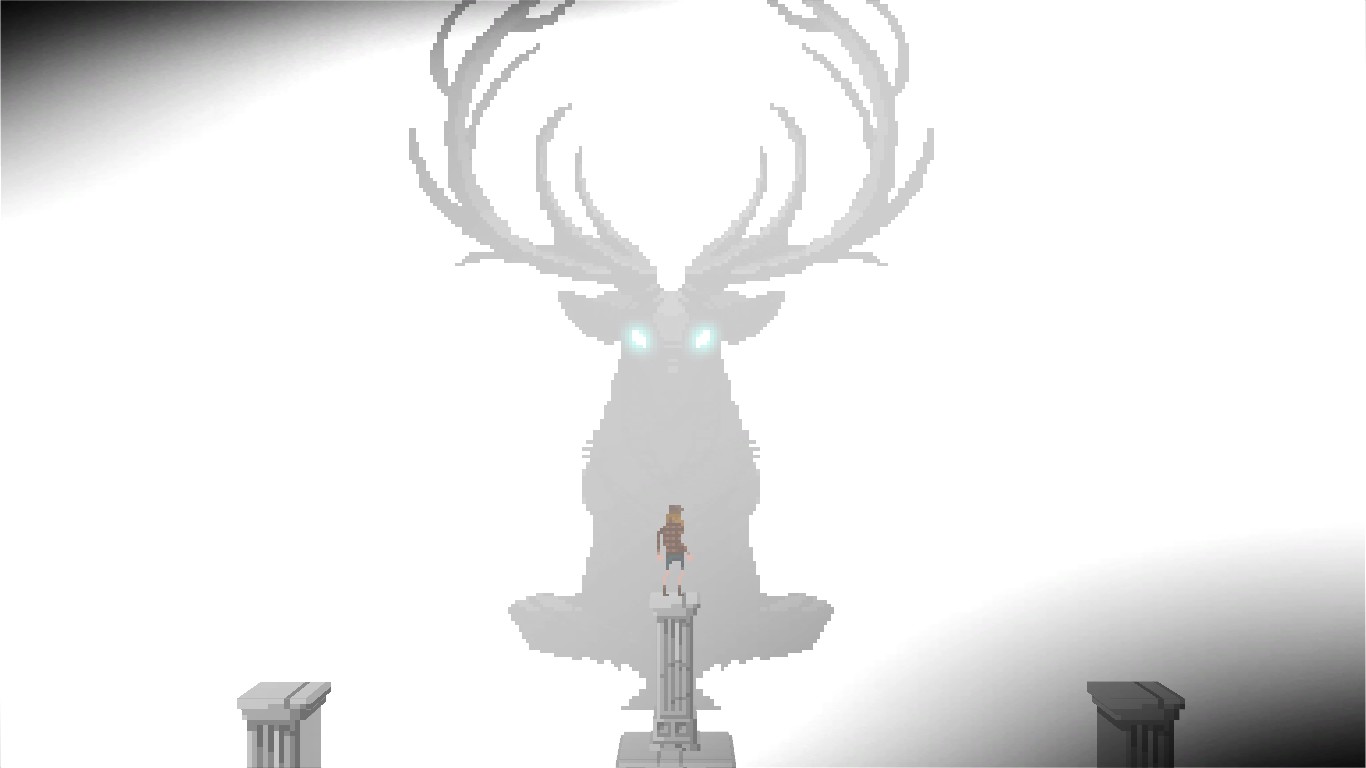 In 2015 the world was introduced to Deer God, a beautifully pixelated platformer that has made its way to most platforms. Now in 2017 it has landed on PlayStation’s doorsteps, but how does it hold up, and was it worth the wait?

The Deer God tells the story of a hunter who dies and finds himself faced with a Deer God.  The God isn’t happy that the hunter has been killing his kind and gives him an opportunity to redeem himself.  Thanks to the Deer God, the hunter is put in the body of a deer to run around completing tasks for the greater good.

The gameplay revolves around side scrolling platforming, and it does so at pace.  The deer can run quite fast and with an almost endless runner vibe you can get some good momentum going.  The game feels good at pace, but doing so will also work to your detriment at times as its far too easy to be running and jumping then fall into some spikes.  Running to the right will happen indefinitely and if you miss a stage in the game, such as a witch’s hut you may need to enter, over time you will go past it again.  At first the game seems repetitive until you understand this feature, it works in the games favour as you don’t feel inclined to go back and forth looking for your next objective, if you missed it, you’ll see it again. 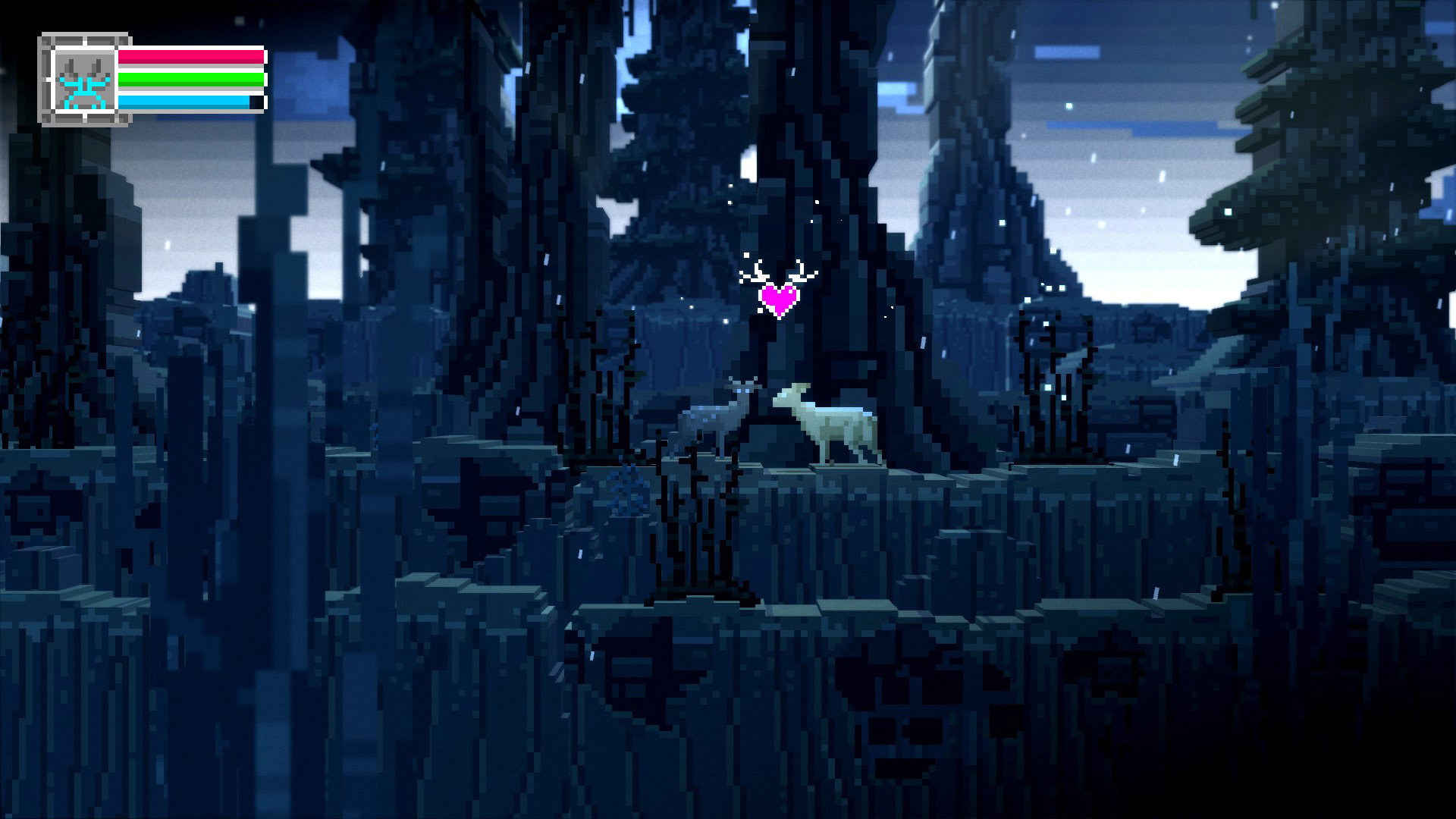 The game’s pixelated aesthetic is a blessing and a curse.  The backgrounds, the animals, and especially the deer, all look fantastic, but they aren’t that varied.  For the most part this isn’t an issue, until you get a couple of hours into the game when it does lose a bit of its charm and becomes boring.  There were also times innocent critters would be killed, which the game doesn’t like, and get hit by malicious ones due to being unsure of what they were until it was too late, which to be fair was only a minor annoyance.

The game being a touch long doesn’t affect the aesthetics impact either.  The game has strong, fantastic platforming that feels great to play at pace, but after a while the platforming as well as combat does get very repetitive and boredom sets in.  Throughout the game you get powers such as being able to make plants grow, shooting fireballs, or being able to jump and slam down on enemies, but these don’t quite give enough to make the game feel fresh. 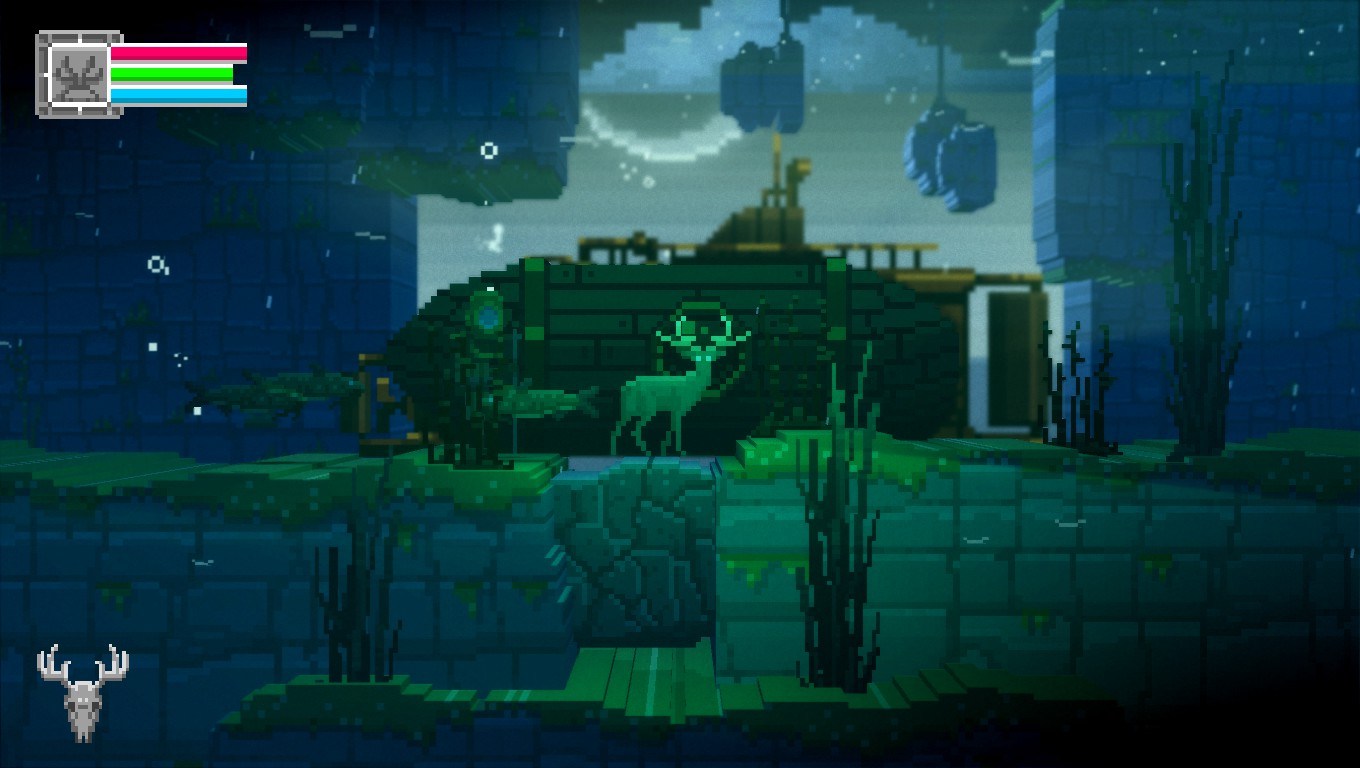 On top of issues with repetitiveness, on a regular basis there was also screen tearing, not experienced on a Vita before.  It would only be split seconds when it happened, so not too disruptive, but a present flaw nonetheless, and certainly noticeable.  Then there are issues with Level design where you will find yourself regularly falling through the earth into nothingness.  It was possible to run back and forth behind the rock, sometimes escaping, but usually that meant a death.

Despite its numerous flaws in the game, one can still look back at their time with The Deer God with respect.  It’s beautiful pixelated graphics, its weird concept, its high paced platforming, so many deaths, and much more.  Despite its flaws it is worth playing, and enjoying, but expect a little frustration.