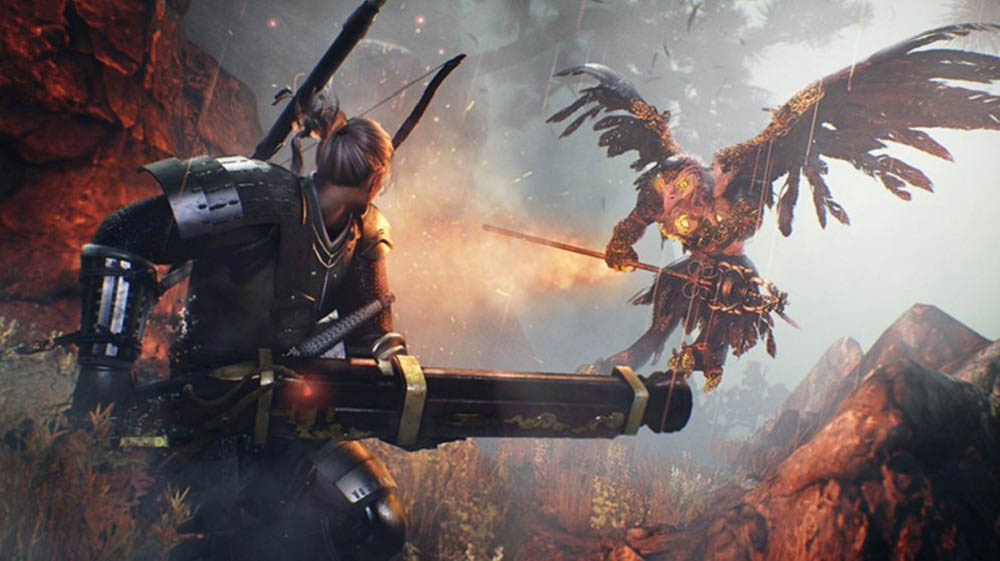 The first game, Nioh, loosely follows the tale of William Adams, the first westerner to become a Japanese samurai. Starting in the Tower of London, an intro sequence has players controlling William as he escapes and heads to Japan. This is followed by an optional tutorial mission to establish the basic gameplay before Adams is whisked off to Japan in search of the mystical mineral amrita. 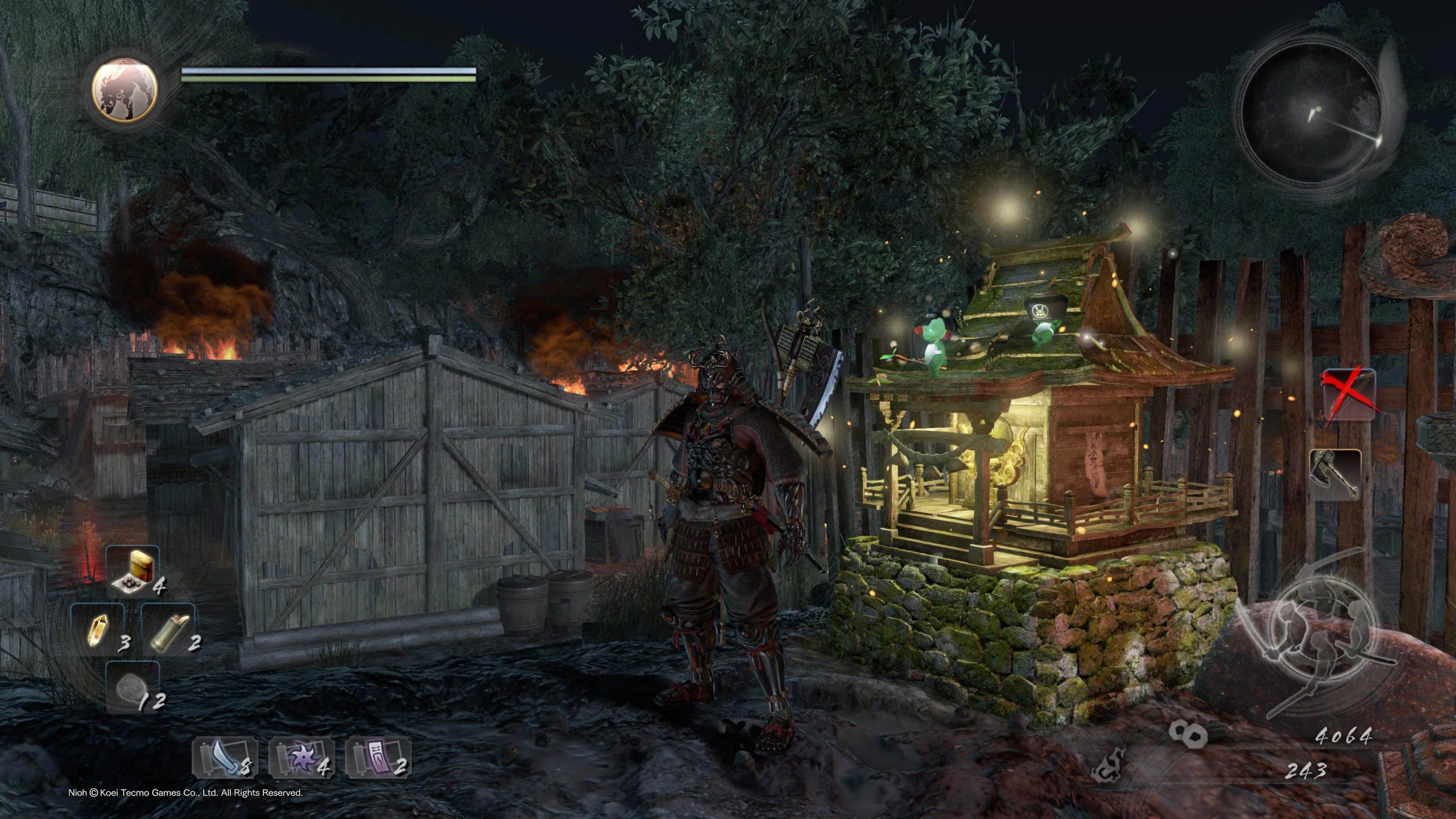 Nioh 2 is a prequel, with players taking on the role of a new character called Hide. Unlike the first game, this time players can create their own custom character, either male or female. Whilst the first game doesn’t shy away from the supernatural, the second game embraces it with your character able to transform into their powerful yōkai spirit form.

The Nioh games follow in the tradition of Dark Souls in that they are not for the faint-hearted. The games are, at times, punishing endeavours that offer nothing to casual players. Instead, they wear their difficulty as a badge of honour. In saying that, whilst I do not really get on with the Dark Souls game (despite trying many times), I found the Nioh games a lot more accessible and enjoyable. 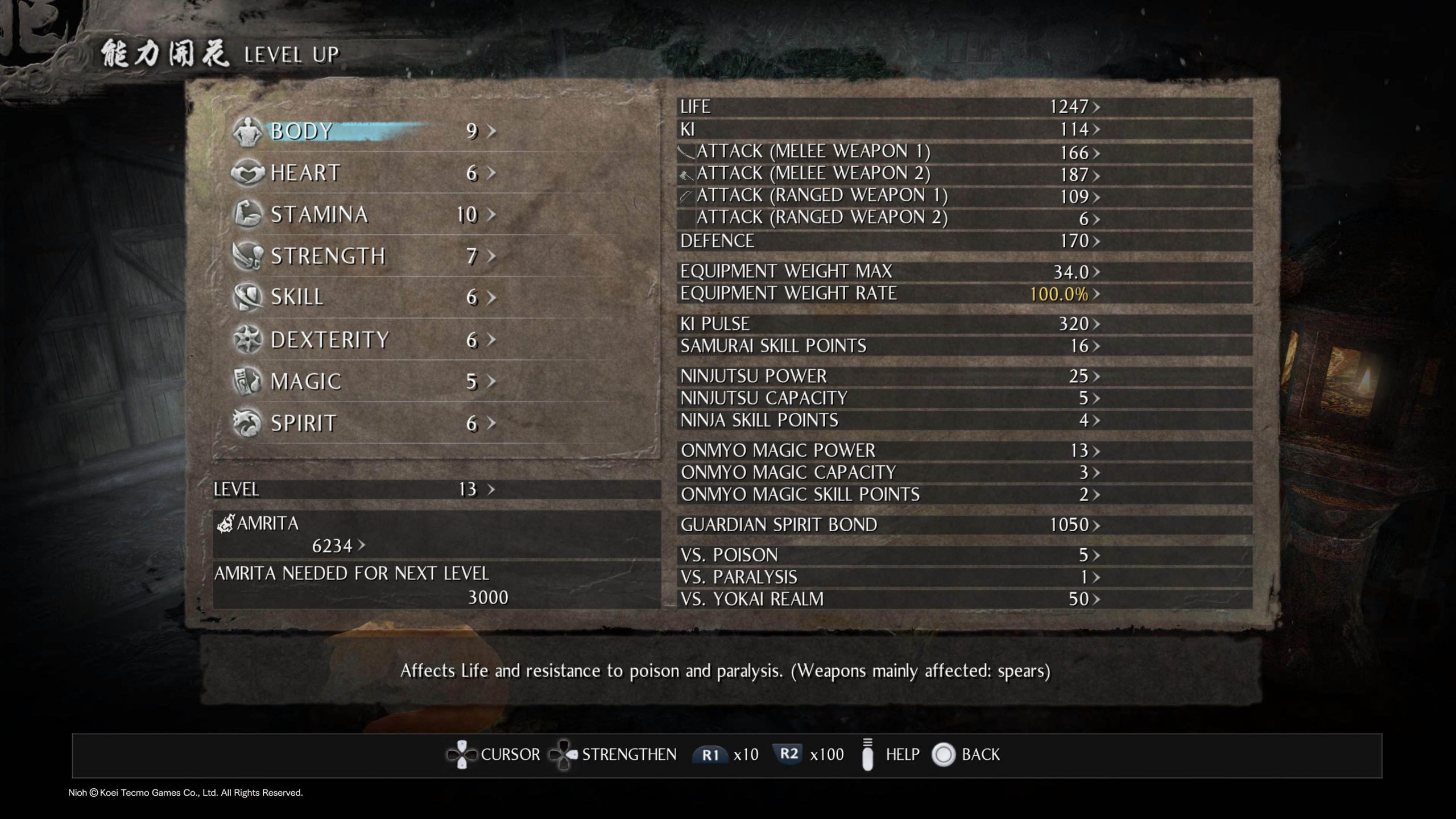 The games require players to travel through a fairly linear route between shrines that act as save points. Praying at shrines not only saves the game but also causes all defeated enemies to respawn. Players can also use shines to level up using amrita, which is gained by killing enemies (i.e., experience points). If you die, you lose all the XP banked since your last death, unless you can reach your grave. Whilst this Souls-inspired system sounds harsh, and it is, there is the advantage of farming XP to level up by respawning enemies if you need a boost to get past a particularly tricky opponent. The Levels often have gates that can be used to open up shortcuts back to earlier parts.

Unlike Dark Souls, the combat is a little more forgiving and edges towards being more hack and slash. There are three stances for melee weapons that offset damage against stamina. The high stance may do more damage but will tire your character. Blocking multiple blows also costs stamina, to the point that the blocks become ineffective. You can also dodge blows. This all makes the combat rather dynamic and offers up some great strategies.

Both games feature the stats-heavy mechanics of traditional role-playing games. XP is spent on upgrading a range of attributes, such as heart, stamina, and magic, with each applied XP point increasing a number of character statistics. As well as attributes, skills can also be upgraded to unlocking additional moves.

As RPGs, there is a multitude of armour and weapons for equipping your characters with. Weapons, armour, and items are dropped by fallen enemies and found in chests. Item administration is a big part of the game in ensuring that the best stuff is always equipped and ready to use.

As well as the enemies lurking in the levels, there is also the optional opportunity to avenge fallen players taking on revenants that can be spawned from bloody graves. In Nioh 2, if players have the required Ochoko Cups, other players’ avatars can be spawned to assist you from benevolent graves. 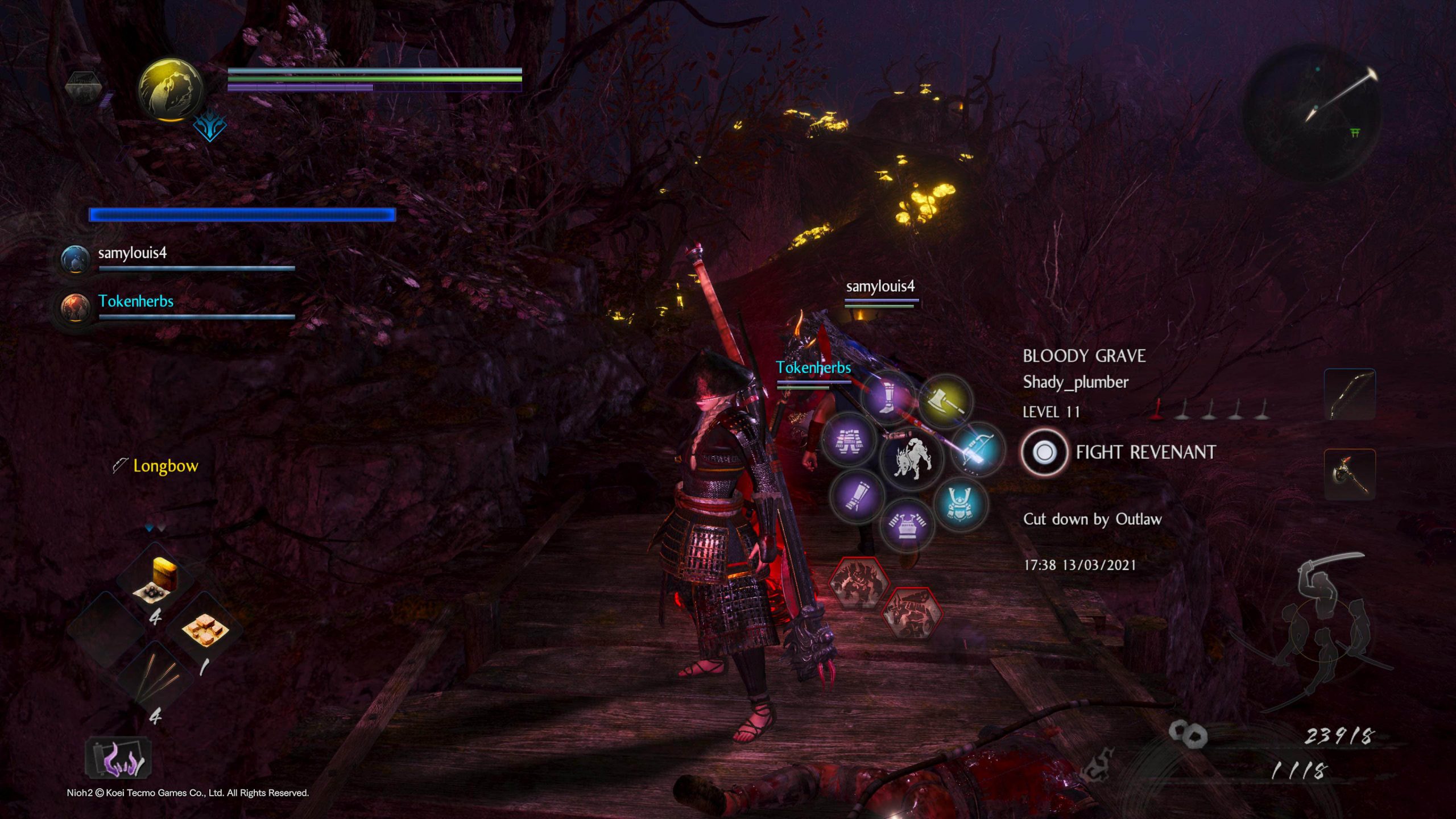 After some 3 hours plus playing Nioh 2, the intro mission gave way to the title card, opening up the game map. This gave me access to the next mission, a side mission, and the game’s online component. Expeditions allow for up to three players to team up in a co-op mission. Random encounters allow players to join others to help them complete a mission as a visitor.

Players can request help from another player from shrines.

Whilst Nioh’s remastered visuals look great on PlayStation 5, it’s Nioh 2 that shines as if it is a native next-gen game. The remasters not only present the games in the best way possible; they also include all the original DLC for both games. 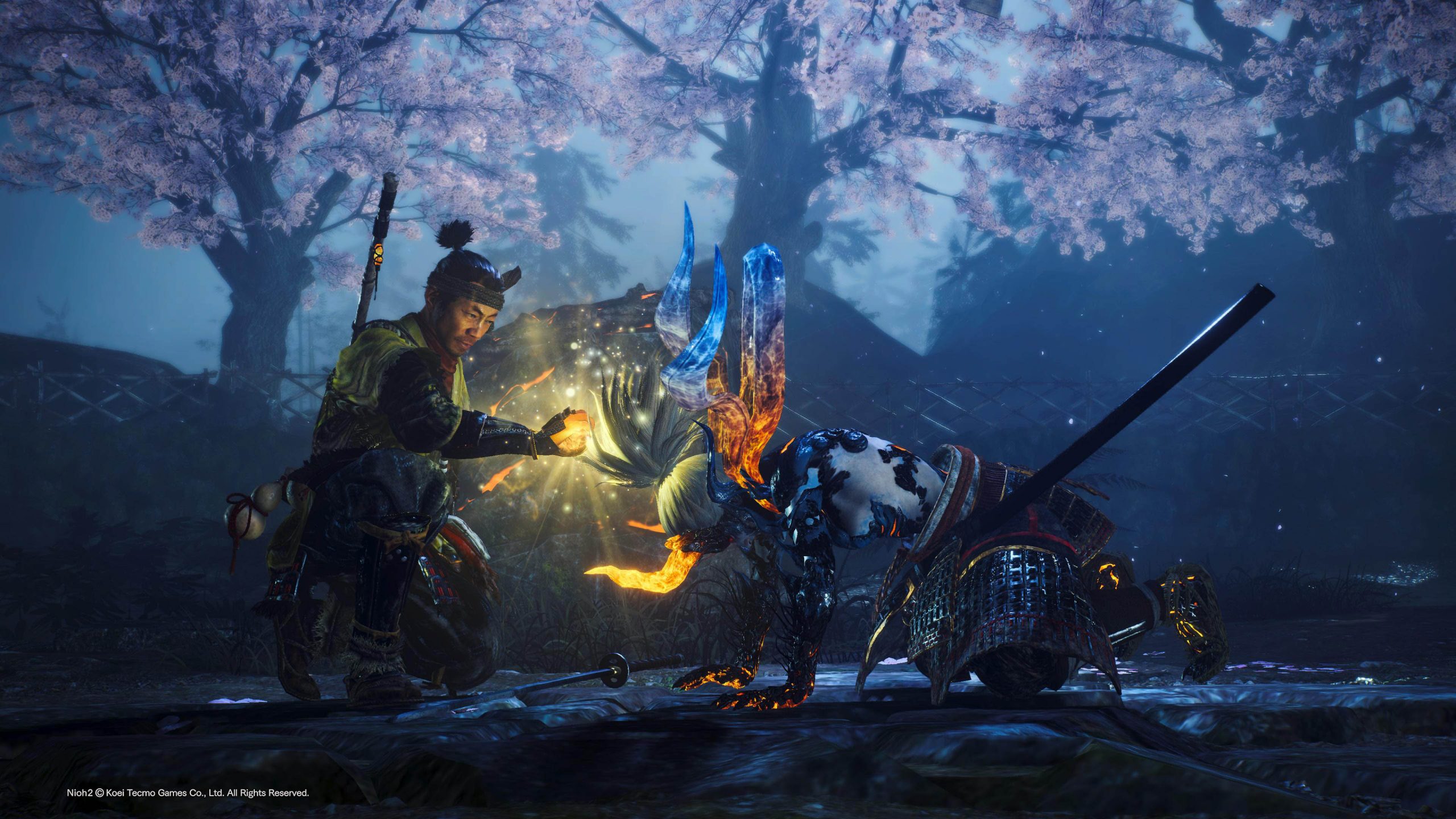 Even though I’m not a fan of the masochistic Dark Souls-style games, I really enjoyed playing The Nioh Collection, Nioh 2 in particular. The environments are interesting and invite exploration to find secrets. Despite dying a lot, the combat is fair and accessible. The games reward players’ effort, whilst punishing mistakes, all the while teaching you the techniques needed to beat them.

If you are a fan of Capcom / Team Ninja hack-and-slash games, don’t be put off by the Dark Souls comparisons, the Nioh games are the most accessible games of this genre that I’ve played.

And, The Nioh Collection represents great value for money in giving players the entire remastered saga. 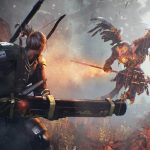 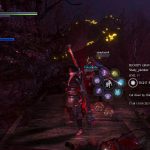 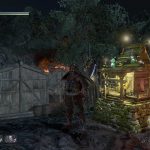 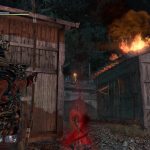 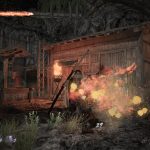 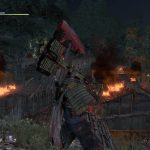 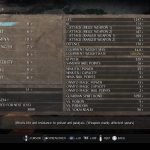 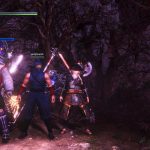 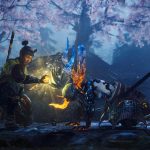 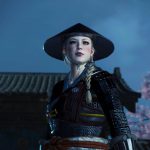 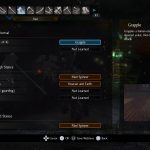 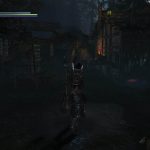 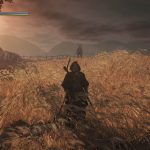 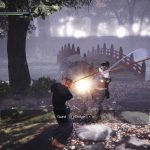