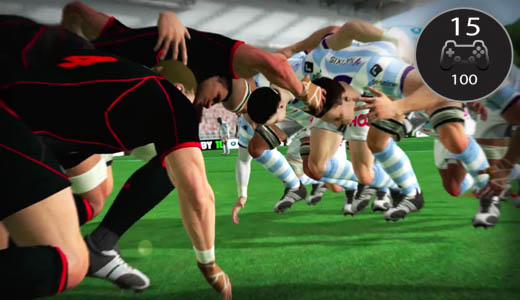 I’ll be the first to admit I’m not the biggest rugby fan in our fair nation. But, hey, if there’s anything that could possibly get me into it, it’s a decent rugby video game – of which, as far as I can tell – there hasn’t been one for quite some time.

With that in mind, I went into Rugby 2015 with a weird mixture of hope and blind neutrality. Unfortunately, the result was a downright broken game that only served to make me actively dislike the sport it’s based on.

The weakness starts, oddly, with a complete lack of any kind of tutorial mode – beyond a couple of images that give you a brief run down of how things sort of work. 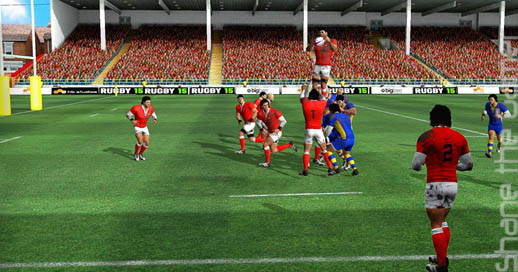 I was expecting the controls to be more or less identical to EA Sports’ Rugby 2008 (the last good Rugby game), but for whatever reason these has been completely tossed out in favour of a new set of controls that hampered play pretty much from the get go.

Rugby rules aren’t the simplest to the layman anyway, let alone the idea of controlling an entire time of players.

Off to a very rocky start, I did my best to continue. And to be completely honest, it became painfully clear how broken this game was mere moments after kick-off, when the entire thing completely fell apart. 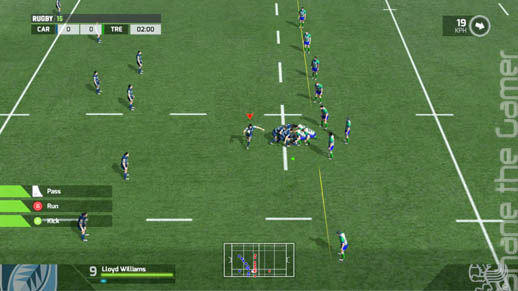 After the game starts, it becomes clear how jerky and robotic everything is.

AI players seem to stop and start their movements a second or two after your controller character is done with his action, which makes for a really weird visual sensation more akin to Foosball than rugby.

At times, AI just straight up wouldn’t recognize when I had the ball, making a half hearted attempt to catch up to me only after I sprinted away. 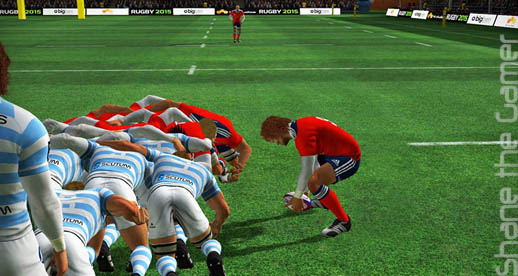 At no point do you really ever feel like you’re in complete control either – the slowness of the response animations for everything from catching the ball to tackling a player are so telegraphed, yet so unavoidable, you’re given no opportunity to move quickly, dodge or change strategy.

Not once did I win a game based on skill, I just found the easiest and best ways to confuse the broken and stupid AI and gain ground towards my line, before scooping it up at the last minute to score. 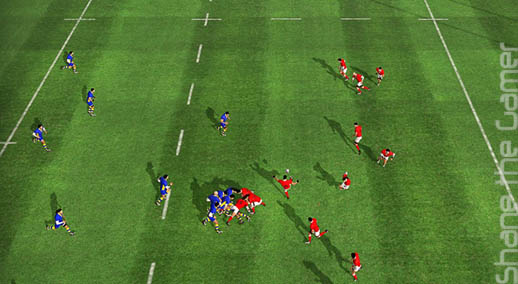 Perhaps the worst part of this bizarre game that perhaps should have never have been, is how tremendously dated the graphics look.

You can’t help but get the feeling that someone started making this game for PS2 and just forgot about it, only you suddenly remember and rush back to work many years later.

In a sports game this might not always be a huge deal breaker, but keep in mind this is a game where guys in uniforms rush into each other, and when those uniforms look similar, it gets pretty tricky to distinguish who is who. 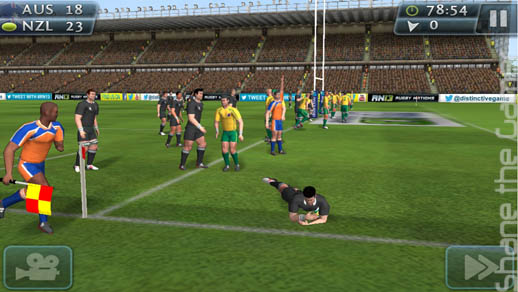 And in case you’re maybe such a Die Hard All Blacks fan that the above doesn’t completely deter you, keep in mind that licensing issues means that your favourite players and teams won’t actually appear in this game.

Sure, there’s a New Zealand team, but don’t sit around looking for the silver fern or any familiar faces.

A combo of bad control scheme, seemingly endless bugs, terrible last gen graphics and a general unfinished vibe make it really difficult to recommend this game to anyone.

As much as I hate to say it, there are NFL games out there that are more fun. Play those instead.