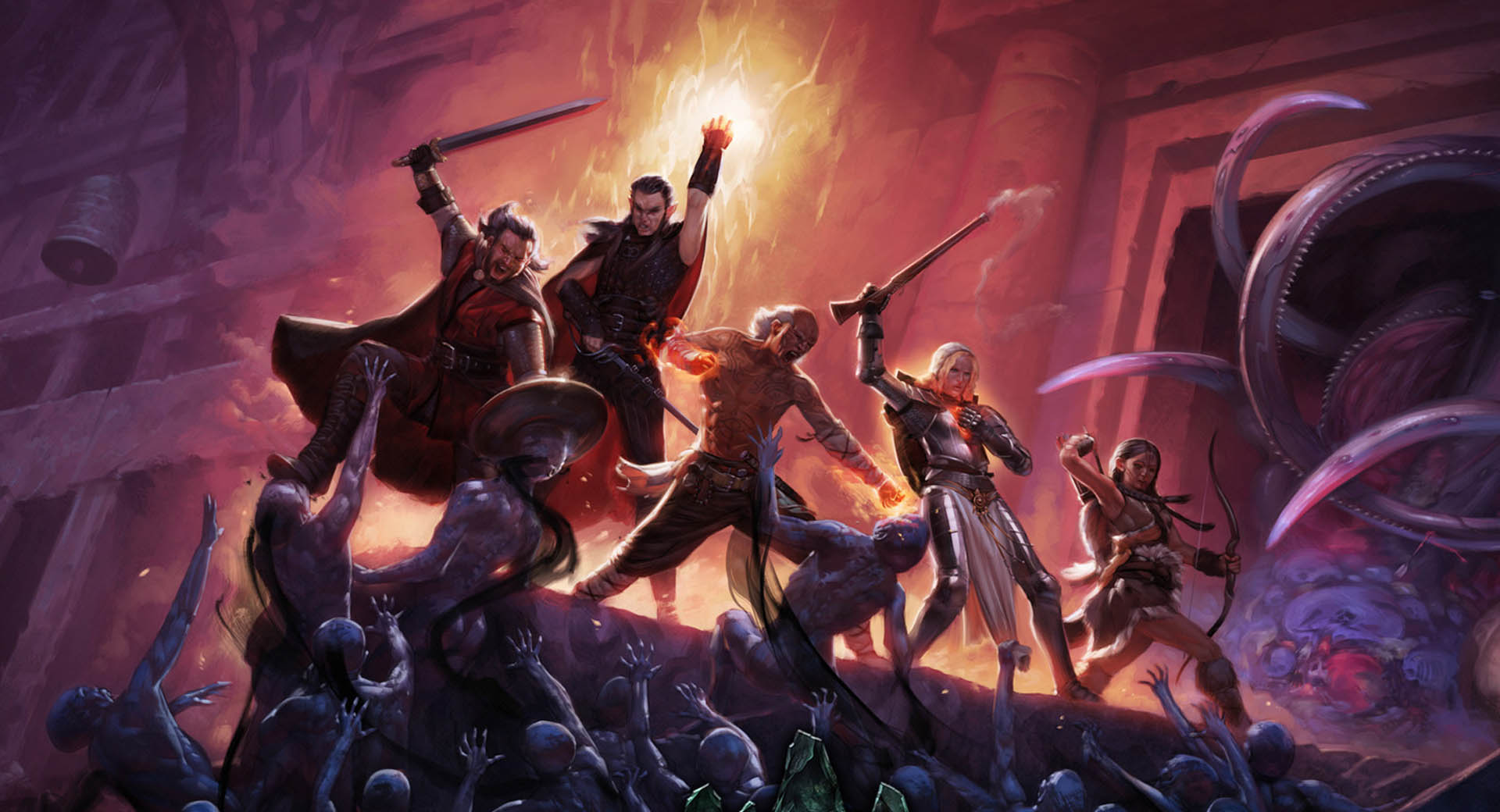 Pillars of Eternity was originally funded on Kickstarter and has since gained a lot more support. I was one of those keen to see this game come into being and one of the many that backed it. Obsidian Entertainment has brought us a more traditional and Dungeons and Dragons inspired RPG combining both old and new mechanics for an interesting RPG experience on the PC.

“The caravan carries travelers bound for the frontier hamlet of Gilded Vale, you among them, where a local lord has offered land and wealth to settlers from a broad looking for a fresh start… You have taken suddenly ill, sweating and shivering, and one of the other travelers signals for the caravan master to stop on your behalf. He pulls up just in time to avoid ploughing into the trunk of a fallen tree that bars the way ahead. You will go no further tonight”. 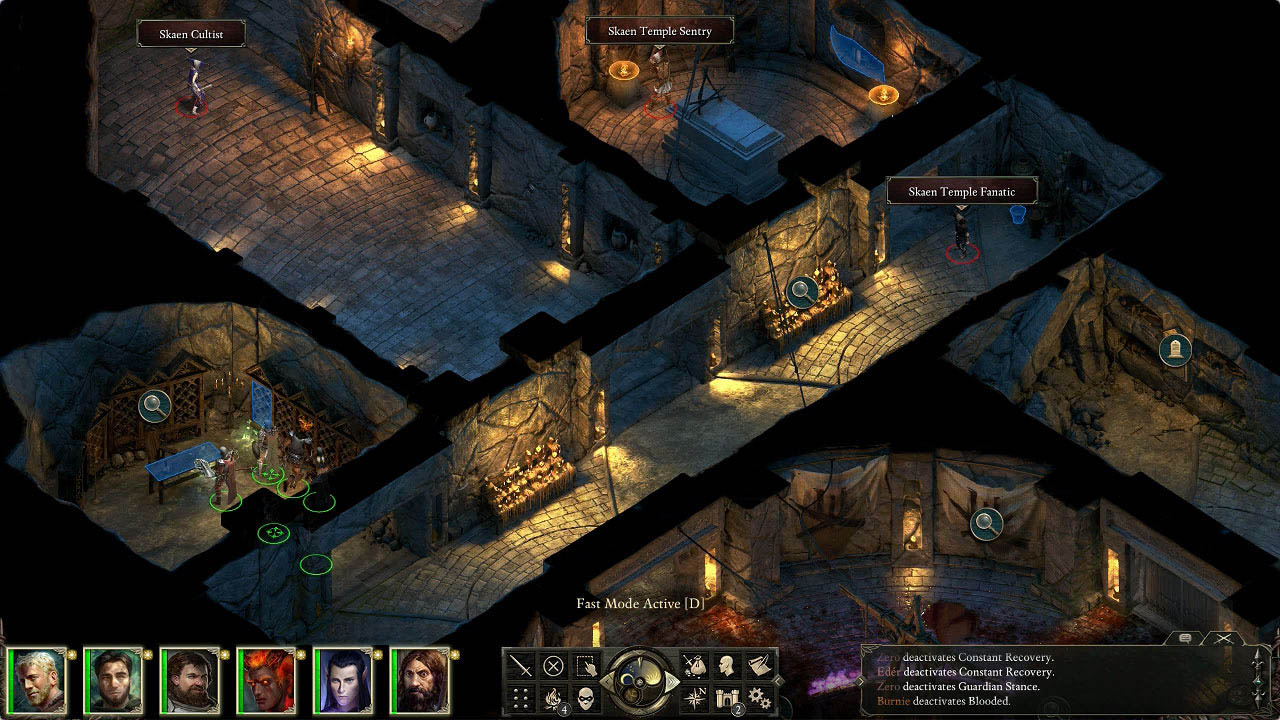 It’s hard not to have your attention by now and this was just the intro to the game. Pillars of Eternity manages to maintain this level of storytelling and intrigue as the world at large is slowly revealed to show all grim manner of occurrences with you in the centre of it all.

As with any RPG, the all-important character creation is your next order of business.

The game offers six races, each with a few different backgrounds to choose from for a bit more diversity. The 11 classes are of the generic kind but do play vastly differently from each other. I found this welcoming as some games manage to offer different classes but actually fail in providing variety. 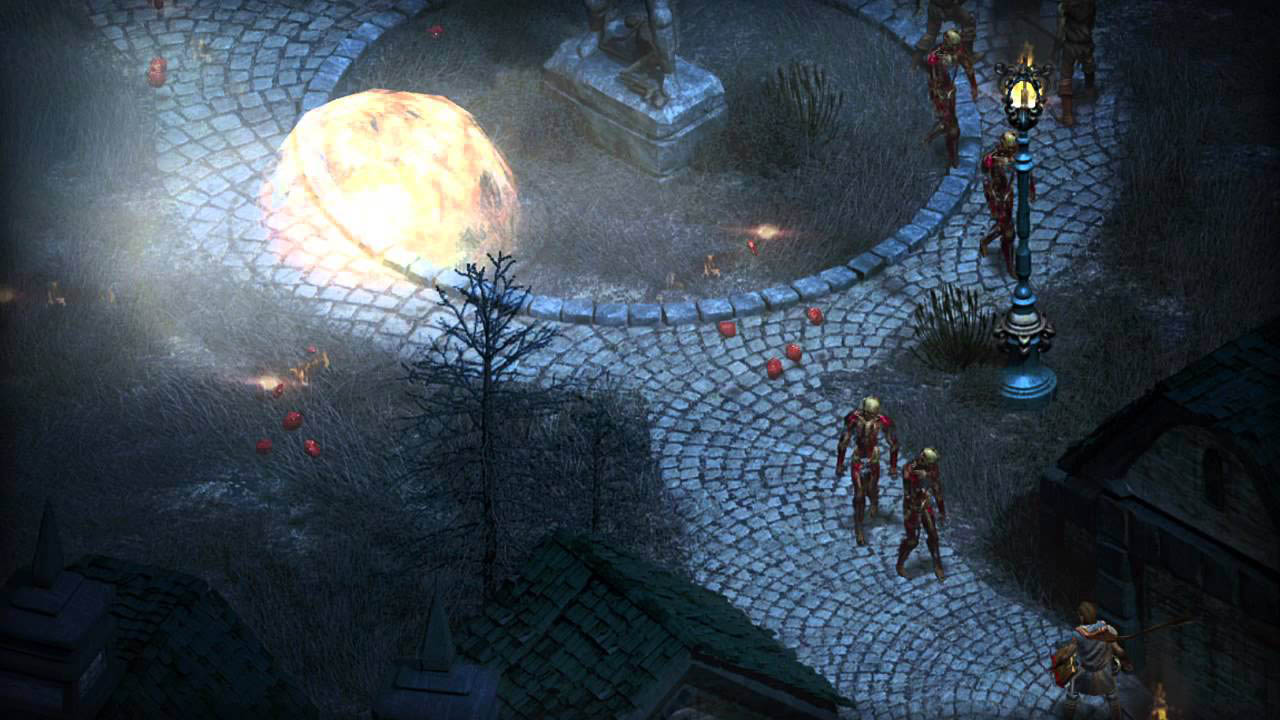 After deciding who you are and where you come from it’s time to get down and dirty with this beautiful game. The intro sequence will have you questing to find some berries to help aid in the healing of your own sickness.

As luck would have things go awry pretty quickly and you soon find yourself fending for your life and the sole survivor (pun intended) to a rare and usually fatal supernatural phenomenon. This sequence neatly provides brief intermittent tutorials as to how the game works with options to skip if you are already the expert. 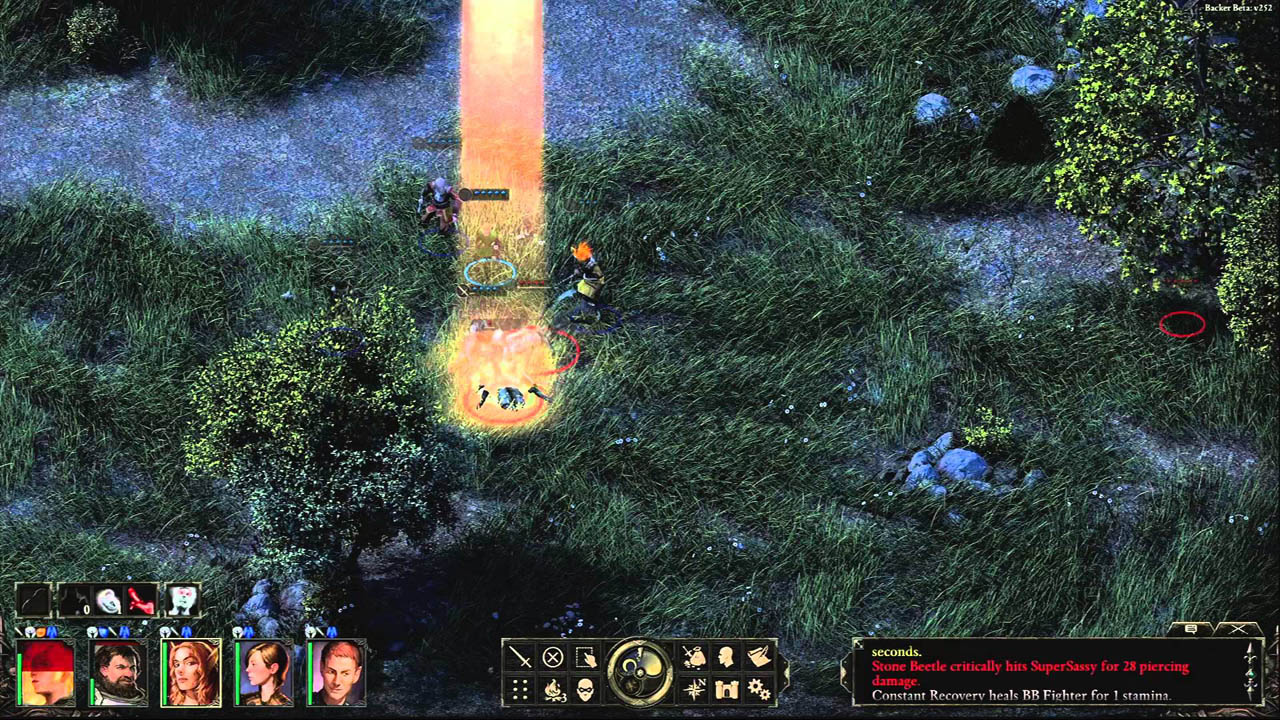 You come to, haunted by visions and nightmares, with many questions and few answers. After some questing you discover, with help from a ghostly character, that the event you survived left you changed, tainted. Now you have the ability to see souls. A Watcher, as it was, but there is something else. You were also ‘awakened’ and are now attuned the memories of your soul’s past lives but with this insanity is sure to set in.

Unfortunately this is not the only issue at hand. The land of Dyrwood is beleaguered by the Hollowborn Plague. The plague is an infliction upon the land where babies are born without souls and continue existence in a catatonic state. It’s not long before you are off to solve both mysteries.

Pillars of Eternity is isometric and uses a fixed 2D backdrop that players can explore and uncover as they push back the dark fog the overlays undiscovered areas. From villages and woodland to cities and alcoves the landscape is unique and interesting. 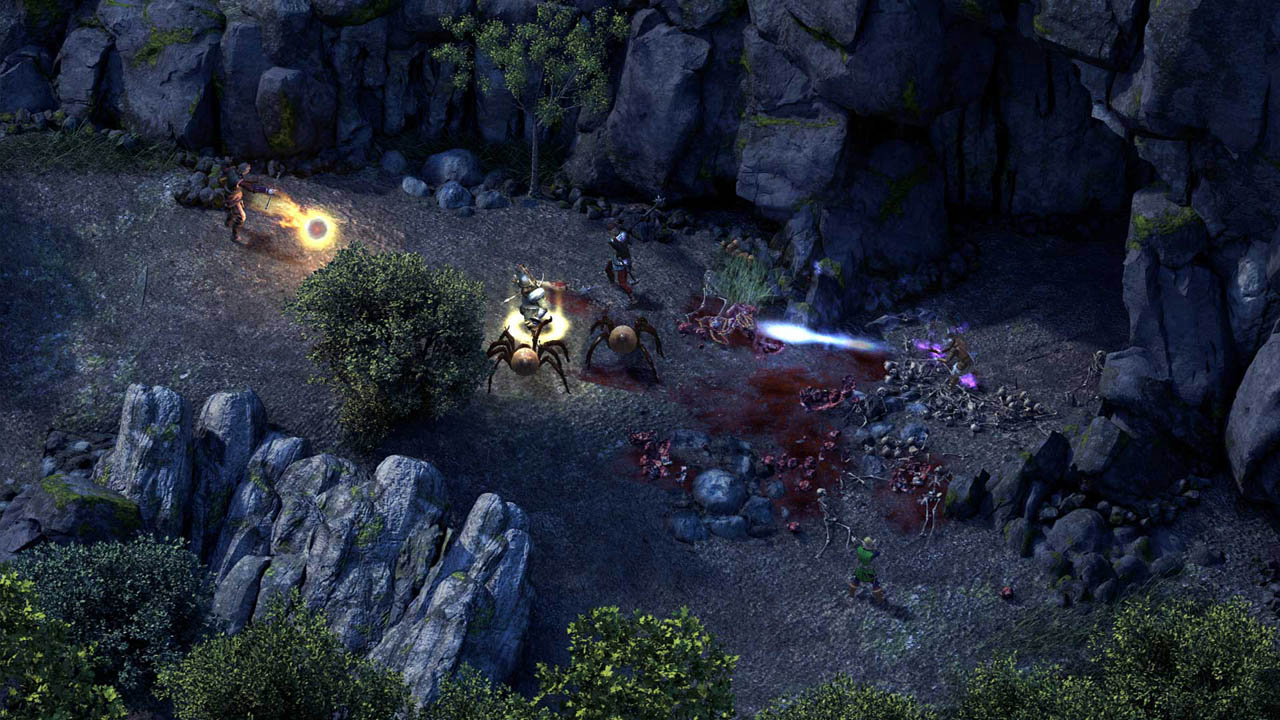 Each area can lead to several others but will take you to an over map where you then decide where to proceed to next.

Each backdrop is beautifully designed and contains diverse detail and interactive objects that can be looted or collected. The use of a stealth mode allows you to uncover traps and other secret levers and boxes that may reveal unique or highly valuable treasure. If that wasn’t enough motivation to keep you exploring you also gain XP for new revealed areas and can unlock numerous mini-quests along the way.

Exploring and questing isn’t a lone ranger thing as you do gather party members on your ventures. You can have up to six active party members. Each member, due to the diverse nature of classes, really does bring a unique set of abilities to the group. This brings me to combat which is a whole different kettle of souls than I am used to. 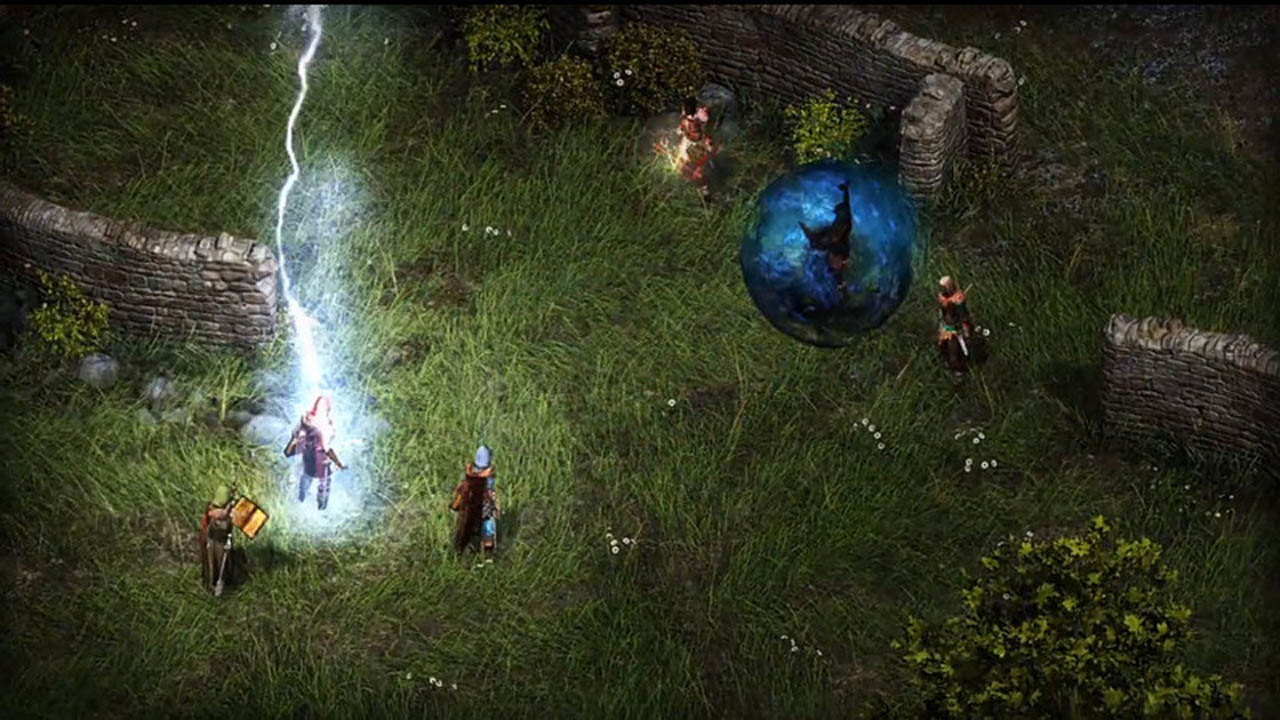 Pillars of Eternity encompasses a real-time tactic type combat scenario with a pause function. Upon entering a combat situation the game does an automatic pause to give you time to set out your first round of orders. Un-pausing sets your orders into motion and you re-pause as needed to redirect and create new orders as to best destroy your enemies.

This sounds mostly organised but the moment you un-pause it does get quite chaotic. The larger the group of enemies and/or party the more chaotic it gets. Being a newcomer to this style of combat, though finding it enjoyable, I did have some difficulties adjusting to it. Maybe I was just a little overwhelmed by the blissful chaos but it made battle a little jagged. 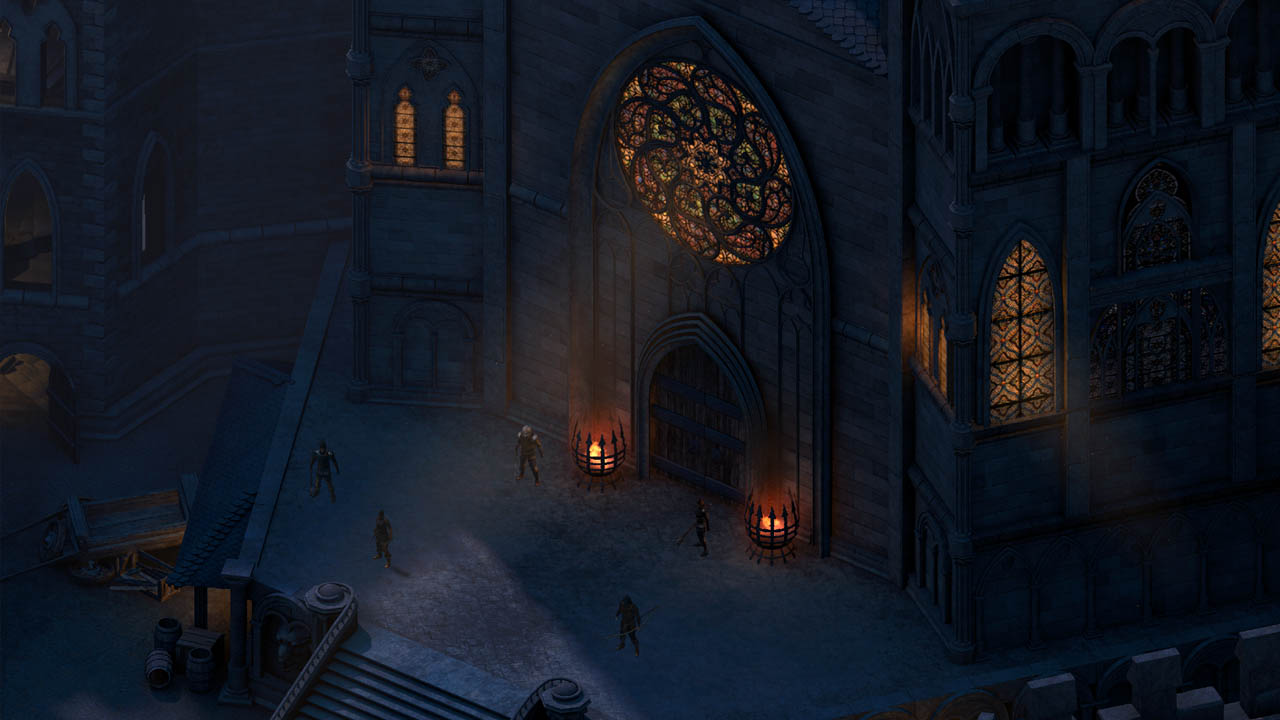 At a certain point in the game you gain a stronghold of your very own. It is quite rundown but that is for you to change.

There are numerous things you can do with it. Upgrading your stronghold gives way to a variety of bonuses. Constructing a particular building might increase the defence of your stronghold and or might allow merchants to stay and have their wares available to you at your convenience. There are many other structures available all of which take time and money to build but offer all kinds of things to keep you investing in your stronghold.

Having a big old castle to call your own and rest at between ventures makes the questing all the more rewarding. You also increase your renown with every upgrade.

There are events that occur within it, from bandits attacking to adventurers requesting to join your hearty gang. You can send party members on mini quests to gain loot and rest up for the night to gain temporary bonuses that you may have acquired through your building spree. This added a fun depth to the game that had me wanting to adventure and collect gold just to build up my stronghold. 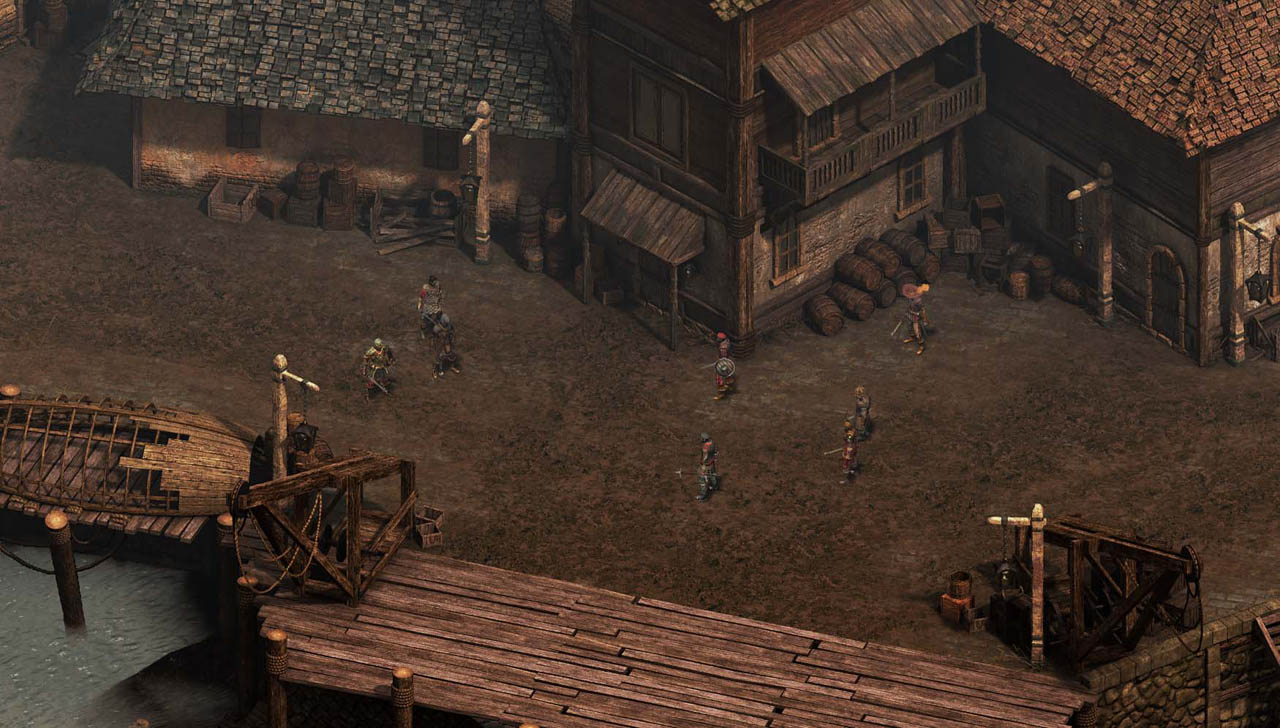 There is a lot on offer to help immerse yourself in the world of Eora and I was glad to see, or rather, hear spoken dialog.

Many RPG’s of this scale have only written text boxes that flash across screen. While not all dialogue boxes were spoken a good many were, which definitely added to my participation and attention to the story. Unfortunately having it read out isn’t a fix all solution and after a couple of hours of gameplay I found myself skipping even spoken dialogue as it is can get just too lengthy and seemingly unimportant at times.

Those of you who care to read or listen to each and everything will be pleased as it is well written and the voice acting, when there, is decent. The music surrounding the game is beautiful and elegant. It fits well with all environments and scenarios and integrates between sections seamlessly. 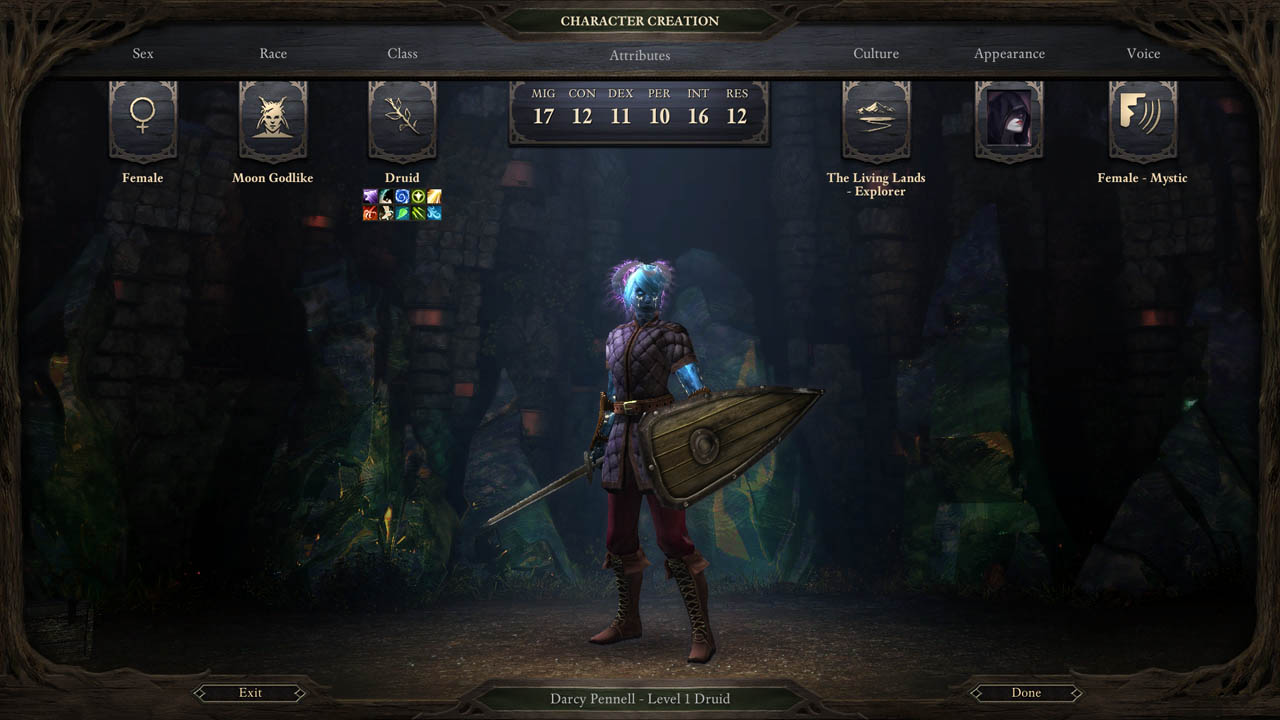 Collectively, I do like Pillars of Eternity. It has an interesting story, music to match and enjoyable environments. The combat can get chaotic but it does provide for a unique challenge. I enjoyed having my own keep that I could upgrade and build to give all sorts of bonuses.

Pillars of Eternity ticks too many of the right boxes to ignore. It is definitely worth a play especially if you enjoy your more traditional RPGs.