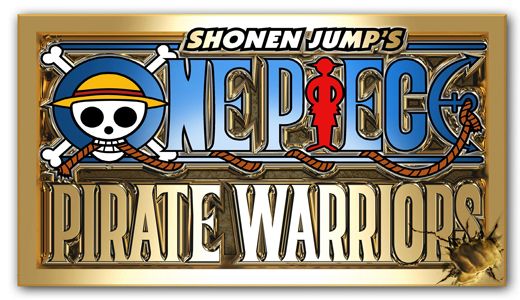 From Bandai Games comes a cell shaded global adventure that you might want to avoid.

You are immersed in a combat heavy third person role set within the ‘Straw Pirates’ voyage around the world.

Anime supreme as you 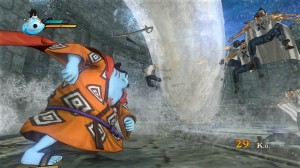 take on waves of both Marines and other Pirates aswell as signature to the game characters which can be played at anytime throughout the game.

Based on the manga series of the same name, you will experience locations reminiscent from the show and assume the roles of Zoro, Momkey, Tony Tony Chopper, Luffy, Nami and more.

For those that have not seen the cartoon, Pirate Warriors follows the adventures of Monkey D. Luffy, a young boy who accidentally eats the Gum-Gum Fruit and organizes a diverse crew of pirates called the Straw Hats to search for the titular treasure. 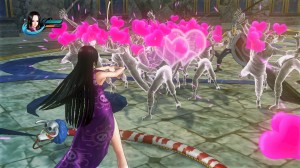 rubbery stretchy arm and weapon based fisticuffs you will also endeavor to collect up Character Coins. Collecting over 100 of these you assemble them to gain special abilities and Level Up.

There are some aspects to the title that were slightly enjoyable, however overall it seems to me that the games relies on the episodes it is adapted from to gain a playing audience and it may only be fans of the series of Orange Town that truly appreciate it to its fullest.

Developers; Namco Bandai and Tecmo Koei aimed at making the ‘Ultimate Fighting Game’ and it is also a 15 year Anniversary celebratory title, encompassing the originality of the show from it’s beginnings in 1997.

Sadly, it didn’t engross me one bit but to be fair, it’s a hit in Japan. 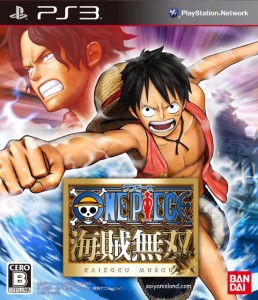