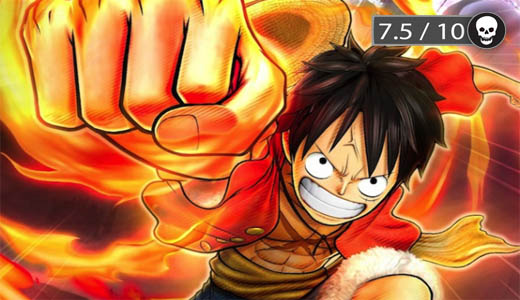 One Piece: Pirate Warrior 2 was definitely not a game I had on my radar. Having never playing one of the previous One Piece games I really had no idea what to expect.

When I was asked if I wanted to review the game I was told it was right up my alley. Having now played the game I can say that this sentiment couldn’t be truer.

The best way I can explain this game is as being cartoon version of Dynasty Warriors. This is somewhat unsurprising considering both were developed by Tecmo Koei. The game is set in the One Piece universe. If you are unfamiliar, One Piece is the best-selling manga series of all time. Think Dragon Ball Z but more absurd. Characters have their own distinct personality and look. Both of which seemed very well developed. 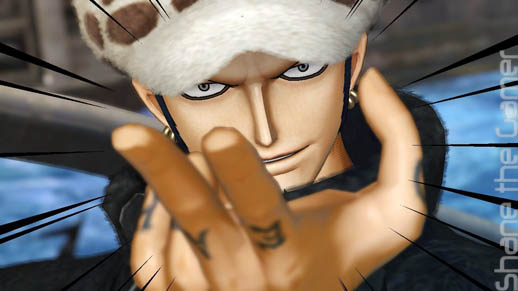 The biggest failing of the game was the lack of a proper introduction to this universe. It seems to assume you are already familiar to this world and its characters. Unfortunately for many of us, this is not the case. Basically, there are two main groups of people you will be fighting. First up is the World Government’s military sea force called Marines. Charged with keeping the peace, these guys are very loyal to their superiors and are happy to obey orders without question.

Next up are their enemies the Pirates. The Pirates are split up into various clans, each sailing under a different captain. The main protagonist is Monkey D. Luffy, who is leader of the Straw Hat Pirates. His crew comes across very much as the good guys in this universe. Luffy’s ultimate goal, like that of many of the other Pirate leaders, is to become the Pirate King. To obtain this title and the power that it holds, one must first find the fabled lost treasure ‘One Piece’. 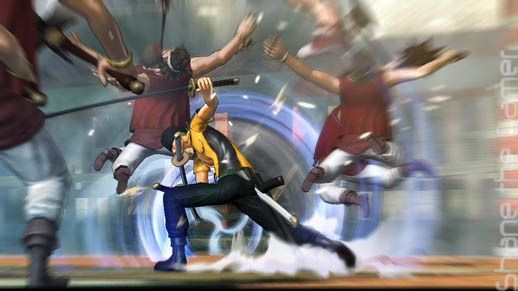 The various characters have individual superpowers that are a result of eating a special magic fruit called Devil Fruit. The powers given, of course, vary depending on the type of Devil Fruit eaten. Luffy for example was given the ability to turn his body into a super stretchy rubber. The powers given vary widely and help give each character their own unique qualities. If you want to learn more about each character you must go into the gallery section of the main menu. This is very inconvenient as you meet characters during levels and generally it would be nice to know who the flip they are then.

The game starts with a nonsensical cut scene which introduces you to some of the very absurd looking characters you will come across but does very little to explain what is actually happening. Don’t let this put you off though as both the story and characters will grow on you as you progress. 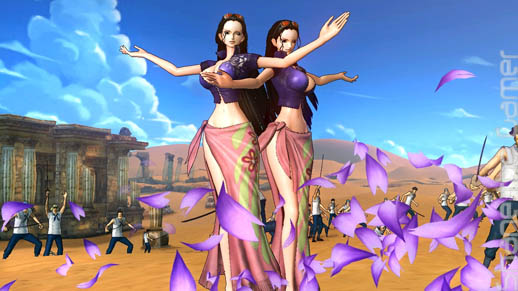 One Piece: Pirate Warrior 2 has entirely Japanese dialogue. To me, this didn’t take away from the story one bit. If anything I thought it actually adds to the overall game. English subtitles are provided throughout the game which fits in perfectly fine with how the story is told during cut scenes. Whilst actually playing, however, it does at times become a bit irritating. I often found it hard to concentrate on what I was doing while also reading the character dialogue bubbles. Most of the time I had to finish what I was doing, then go into the start menu and check back on the battle history to find out what they said.

You are able to choose your character prior to starting each level. New characters are unlocked by completing levels. To help even the playing field, you can spend your in-game currency to level up your characters. Due to characters having their own unique ability, they each have a completely different play style and set of attacks. The unfortunate consequence of this is that while no characters are necessarily bad to use, some feel much better than others. This makes trialling new characters once you find one you really like a lot less appealing. 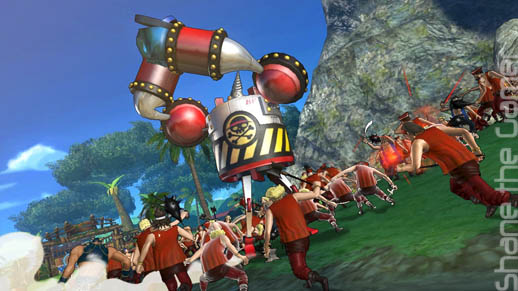 The actual combat feels a bit lacking. Skill seems to have very little to do with this button mashing game. Dodging attacks isn’t always practical which means you often get hit when you probably didn’t deserve to be. The effectiveness of various attack combos varies greatly. Because of this I often found myself button mashing the same combo over and over again. Typical enemy soldiers seldom attack and die very easily. Major characters, such as others who have gained special powers through the Devil Fruit, are a bit more difficult to take down although still fail to provide an actual challenge.

Stages are reasonably small however they still manage to take about 20-30 minutes to complete. Your overall goal in each level is to beat the big enemy commander.  Progression through each level is mission-based meaning you can’t just run in and defeat this commander straight away. The story develops very well throughout each stage making them seem meaningful. After completing each battle you are given a rank based on your kills, damage received and time it took to complete. 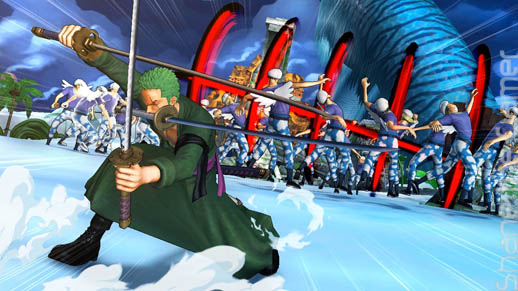 Another interesting facet of the game was the coin collection system. Coins are unlocked throughout each level by opening treasure chests and beating enemy officers. Rarer ones can be obtained by completing certain objectives such as getting 1000 K.O’s or obtain an S ranking. You are given a certain amount of coin slots based on the level you are on. Here you may place coins to increase your defence, life and attack stats. The amount increased is based on how many stars the coins have.

Bonuses are given if the coins have a relationship to each other, such as they are both a part of the Straw Hat Pirates. Initially I found it to be somewhat enjoyable to go through and pick out my best coin combination. The novelty however wears off and it becomes quite tedious, especially since you need to reselect each coin every time you use a new character. In the end I enjoyed collecting coins for just for the principle of collecting coins. 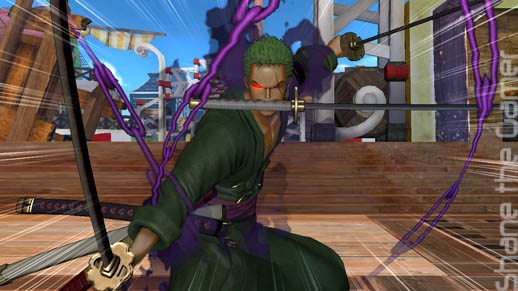 By far the most fun I had during One Piece: Pirate Warriors 2 was the couch co-op. As so much was going on in each level, it was good to have someone there to coordinate with. Online co-op is also available.

The visual style follows that of a very cartoony Japanese anime. This provides a nice break from many other western games out on the market. The style is done very well and the graphical detail complements this. 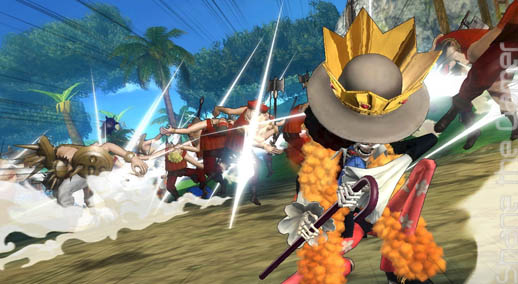 Overall, I enjoyed visiting this very wacky universe; however, this is not a game for everyone. If you like cartoony Japanese styled games or you are looking for a different couch coop experience I would recommend that you give this one a try. The combat and introduction to the actual story definitely needs some improvement. But, once you figure out what is going on both the story and the very colourful characters in the game will keep you hooked.