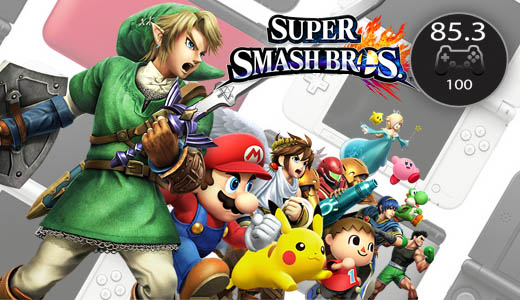 Leading up to the release of Super Smash Bros. for 3DS, I had reservations about how this beloved series would make the transition to 3DS. All doubt soon subsided when I booted up my first game and became addicted and enthralled by what was on offer.

The loss of local co-op, one of my favourite features of the previous entries, did little to take away from my enjoyment. The short game matches felt perfectly suited to the portable nature of the 3DS.

If you are unfamiliar to the series, Super Smash Bros. is a 2D fighting game with a large collection of high profile characters mostly from a variety of Nintendo IP. It is unpredictable, addicting and a whole lot of fun. 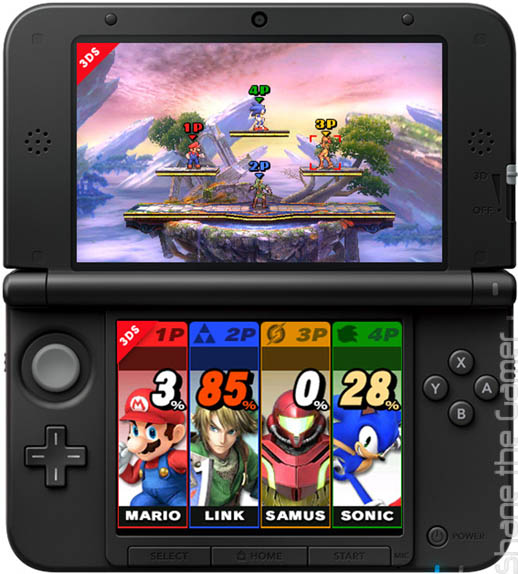 Battles take place in one of the many dynamically changing Levels based on numerous franchises.

The Levels come alive as sections move, change or characters from the featured franchise appear to shake things up a bit. This constantly keeps you on your toes and ensures that matches never feel repetitive.

The controls are simplistic with only two different attack buttons. 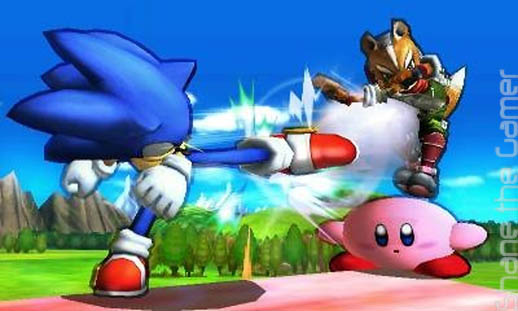 The direction you hold in when pressing the button determines the type of attack you will use. Generally, the idea of each game is to knock the opponent from the battlefield.

Each player has a damage counter measured as a percentage which goes up as they are attacked. The higher the percentage the further they will get knocked when hit and consequently the easier they are to smash out of the battlefield. 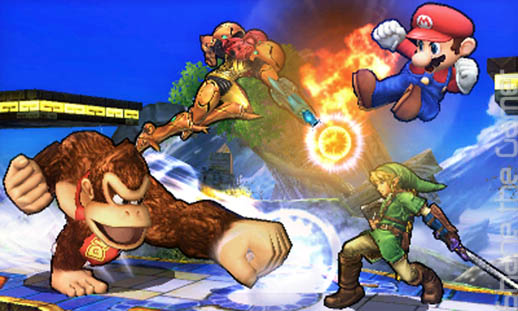 A couple of the characters in this entry, specifically the Wii Fit Trainer and Little Mac, seem out of place in the overall theme of the game. For the most part though the line-up is solid and you are sure to find many characters you like.

The attacks and overall skills of each character feels well varied while also remaining to be balanced ensuring that all characters are enjoyable to use. 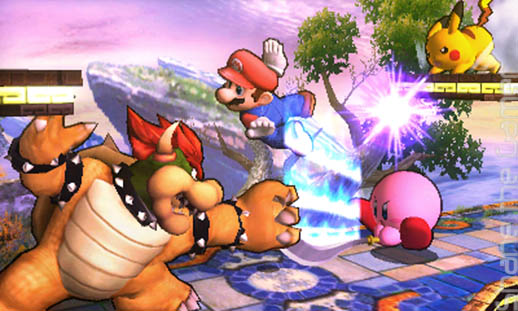 The unpredictability of Super Smash Bros. keeps you on the edge of your seat for the whole battle.

At any moment a wrong move or a good item pick up can turn the tide of the game. While in most games overpowered items take away from the experience, in Super Smash Bros it makes things more exciting.

Items also vary greatly from a Poké Ball which summons one of a large number of Pokémon to fight for you to a large hammer which can easily knock enemies from the Level. 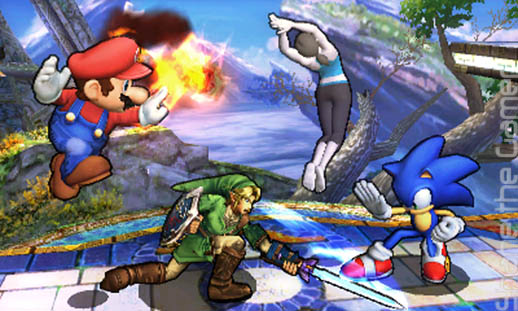 Characters are unlocked by fulfilling one of two requirements, what requirements that cause characters to be unlocked isn’t however made clear. For your benefit though, one does involve completing a certain number of battles.

After one of the requirements are met, you are then required to beat the new character in order to unlock them.

There are a wide variety of game modes to play. Setting up just random matches, generally on the death match styled Smash mode, is where I spent most of my time. 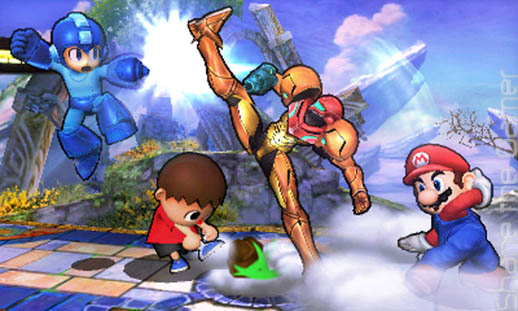 Another mode gives you five minutes to run around and destroy smaller enemies who drop stat increases before you take on your opponents in a random game type.

The lead up time to time spent in final battles feels a little off in this mode.

Some of the other modes, most notably the mode where you fight through different enemies on your way to confront the infamous Master Hand, are very enjoyable and fulfilling. 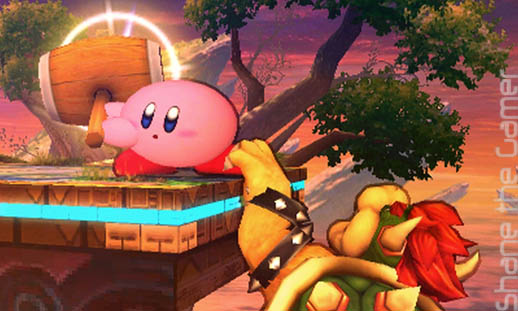 My experience in online matches were somewhat disappointing due to server issues. Games felt like they were going in slow-motion and the lag was obvious and detrimental.

Despite the weak 3DS hardware, the graphics manage to look good thanks in part to the art-style. 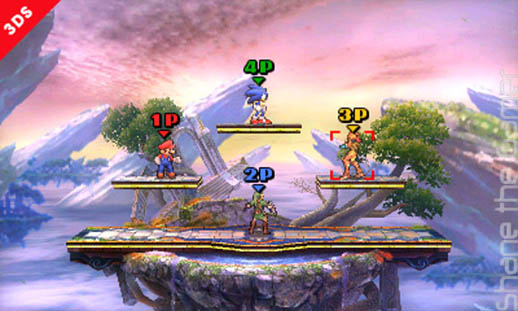 Like most 3DS games, the 3D does not add anything to the experience other than a headache.

There is something undeniably addicting and fun about Super Smash Bros. for Nintendo 3DS.