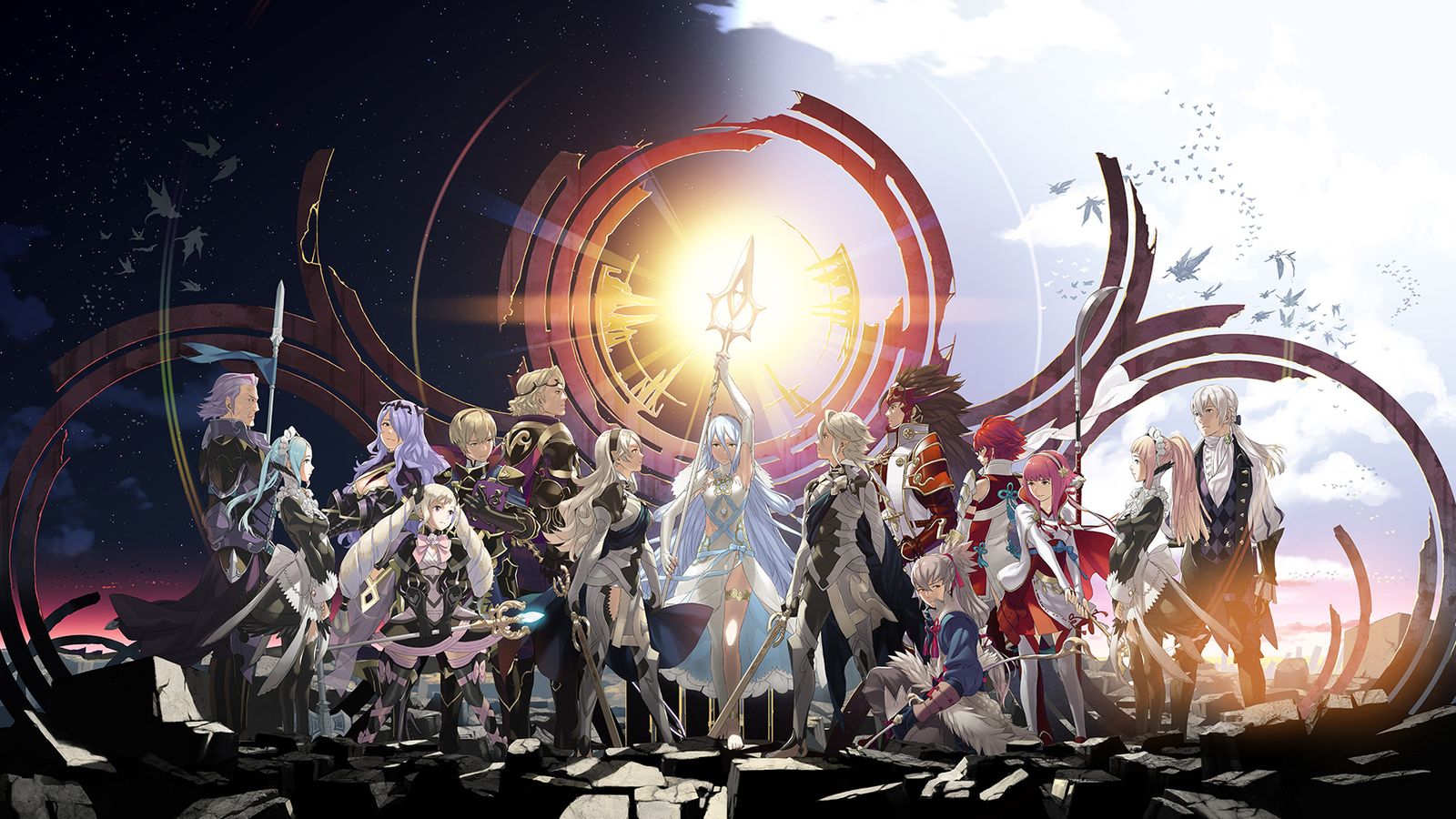 I greatly enjoyed Fire Emblem: Awakening and so getting my hands on the next installment, Fire Emblem: Fates had me more than excited. This afore mentioned tactical role playing held my imagination and interest in the past and I’m happy to say it does so again.

Fire Emblem: Fates has three story paths to follow. The two major paths,Birthright and Conquest, are actually sold as separate games with the third option, Revelation, being available as DLC. Though if you get your hands on the special edition, then you get all three. Each with different events and available characters. The first recommended play through is Birthright. This is what I started with. The game does inform us that Revelation should be played after at least playing through one of the other campaigns.

Fire emblem: Fates focuses on a created character which is you. The game has you create the hero, be it male or female and modify the character to some degree. From here you set off to help your chosen allegiance. Being of royal blood, whichever way you choose, you become the pinnacle of the events that determine life and death for many and the burden of your decisions weigh heavy on your shoulders, regardless if you personally made them. The story is very engaging and keeps the player very interested as events unfold. 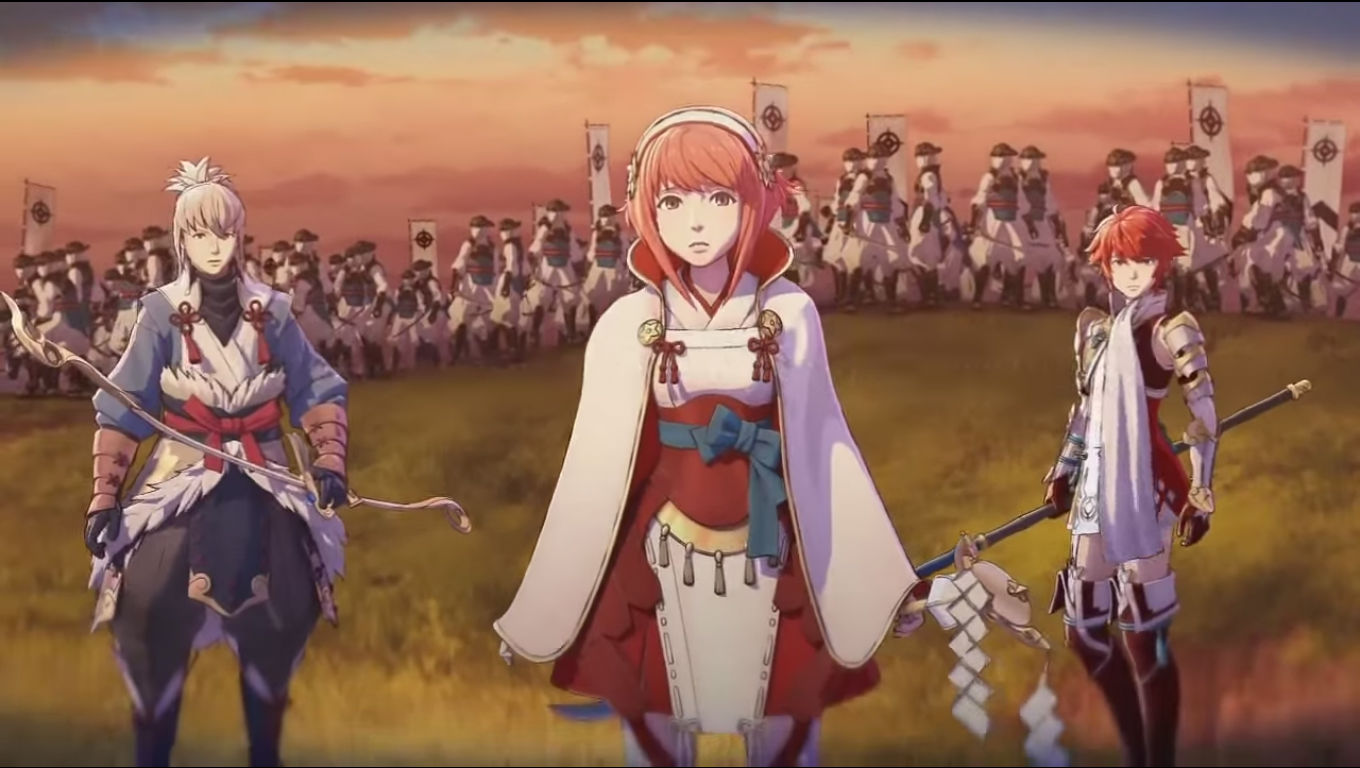 The game has a heavy focus on character relationships. You can build them as you like. There can be some restrictions with certain characters but mostly you can marry off, befriend and marry whoever you like.I found myself very interested and even preoccupied with developing these relations between characters. It may sound possibly boring but the game has a small but intriguing set of interactions between most characters, that you can uncover and experience if you chase the building of the relationships between them. The friendships you build between characters can also impact combat as the better the relationship the better the support that a particular set of characters might offer one another.

The tactical gameplay is fantastic. One might assume a turn based game can lack for intensity but in spite of it Fire Emblem: Fates manages to really maintain a tense and exciting feel. You can take as long as you need between moves but this doesn’t take away any of its edginess but rather adds to it as you usually only take longer when the battle is quite a tough one. Each move is a vital one and so making the right move can take some serious consideration. 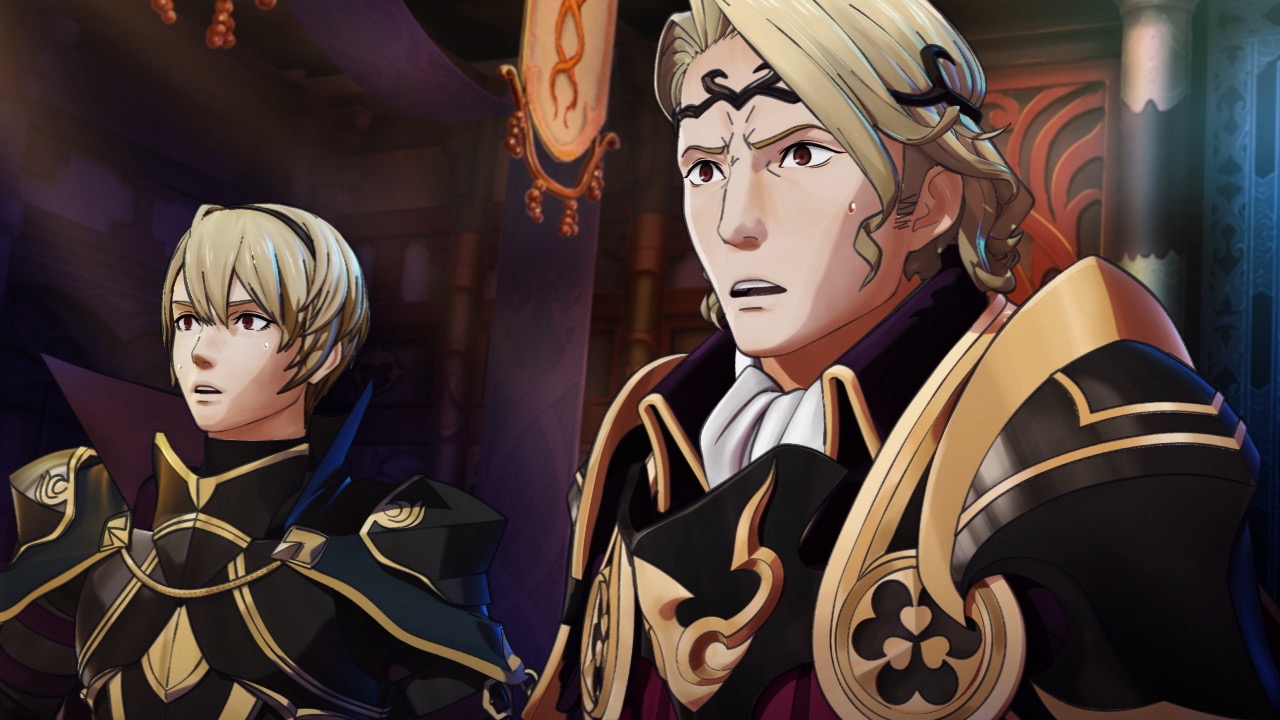 The actual process of maneuvering your team around the map is quite a fluid and well created system that mostly continues the same mechanics from Fire Emblem: Awakening; with its grid based maps that can include various obstacles, traps and even dragon veins that allow those with dragon blood to bend nature to their needs.  Maps are mostly unique and each presents its own difficulties and opportunities to utilizes various strategies.

You are also given good selection of classes to choose from. Most base classes can also later be upgrade to one of two choices. Further diversifying your option of class on the battle field. This both allows different techniques to be implemented and if you don’t like a character type there are ways to change a character’s class. I did find I had certain favorites and particular ways to use a certain class in combat but the enemy AI are well created and offer a very good challenge regardless of who you battle with. 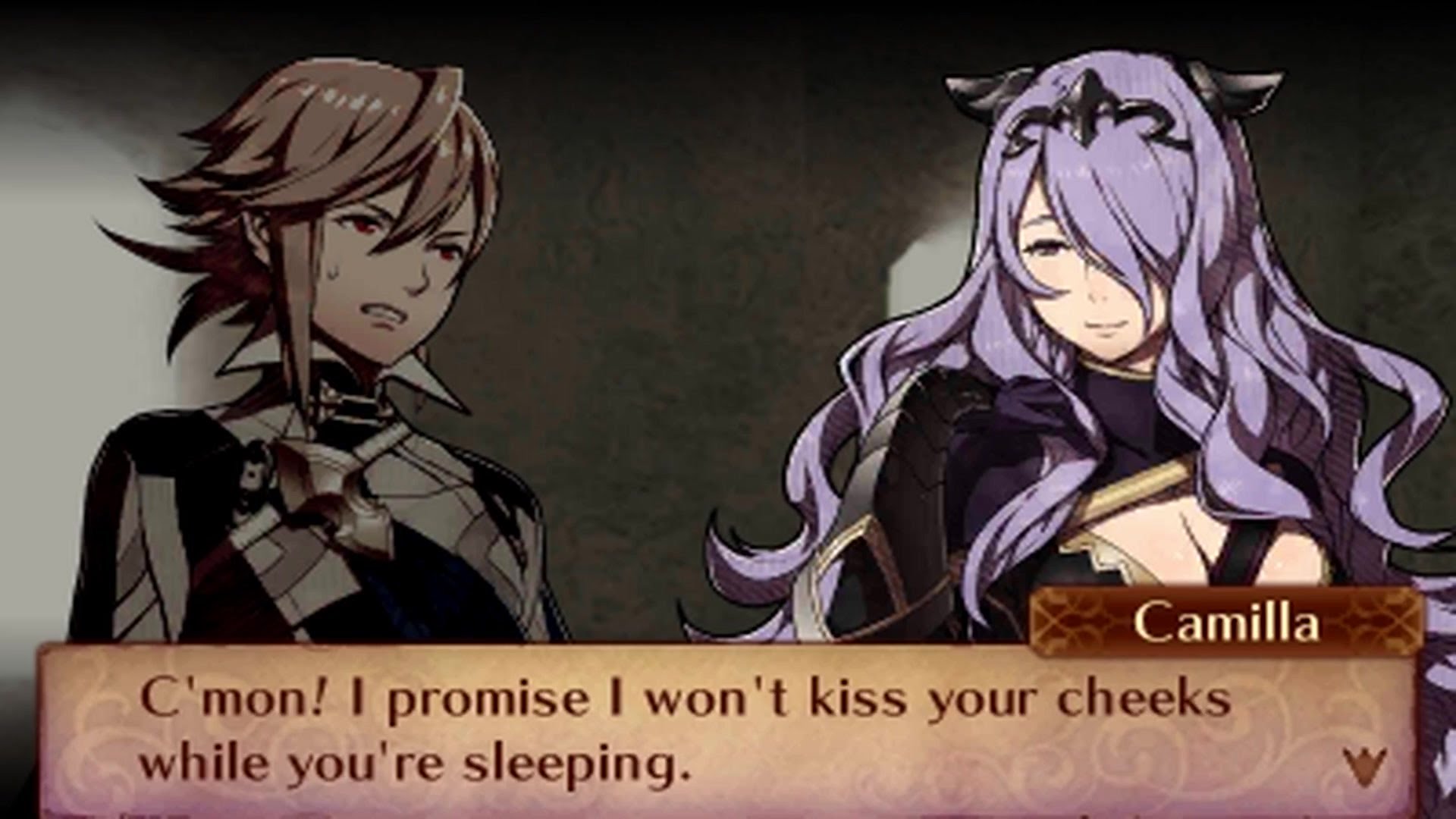 There are various modes to complete the game. Apart from difficulty you can also make choices of things like turning on permadeath.I personally chose it to be on and was both a good and bad decision. I preferred high level of engagement brought about by not wanting a single character to die. This however did have me redo many battles as when a character did die, I just turned off the console and restarted the battle. To the games credit, this never compelled me to stop playing, I was just more determined than before to get through the battle with all my favorite characters alive.

The game has a home base area. Here you can construct new buildings, from shops to a miscellaneous group of other buildings that offer some small bonus or interactions. This area can be attacked by other players. There is a decent ingame focus on building defenses and giving bonuses to your party members specifically for battles in your castle. This however was generally unusable feature as playing in Australia doesn’t really see that many other players around the place. So sadly the features for this aspect mostly superfluous for someone living in this particular region. 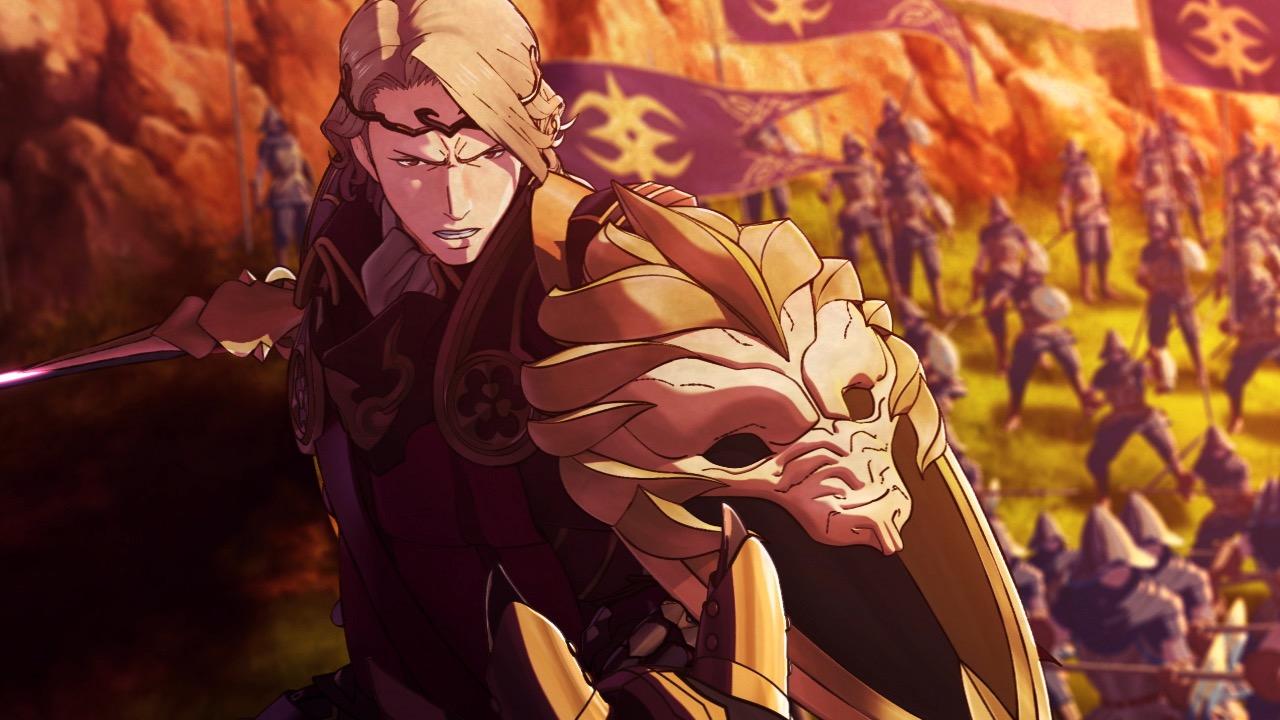 The music score is amazing, there isn’t a moment I didn’t greatly enjoy both it and the atmosphere it brings about. The game does actually have a focus on the music, especially in some parts and it does a great job being impressive. Visually,for a 3DS game, it looks great and the animated cut scenes are quite spectacular.

Fire Emblem: Fates is a fantastic tactical RPG with a plethora of content available to players. The game really draws you in and makes care about your party and the relationships the have with each other. It incorporates an interesting story, engaging characters and well created gameplay to create an amazing experience on the 3DS.