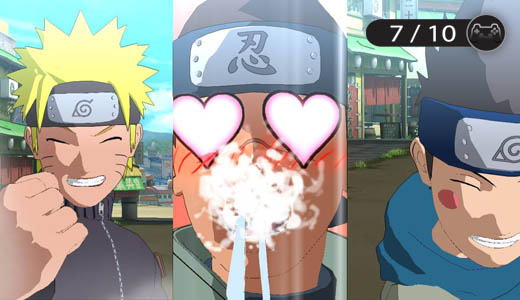 Naruto Shippuden: Ultimate Ninja Storm Revolution feels very much like a game made for long-time fans of the series. While this is may be beneficial to its core audience, it does isolate outsiders.

I came into this game as somewhat of an outsider having never watched or played a Naurto game before nor a 3D arena fighting game. I do have a history though of enjoying both Japanese anime and video games so I was somewhat optimistic.

My early impressions of Naruto was somewhat mixed. I initially opted to jump into the Ninja World Tournament mode primarily because it was the first mode I came to. This mode has you competing against other ninjas to be crowned the greatest in the world. 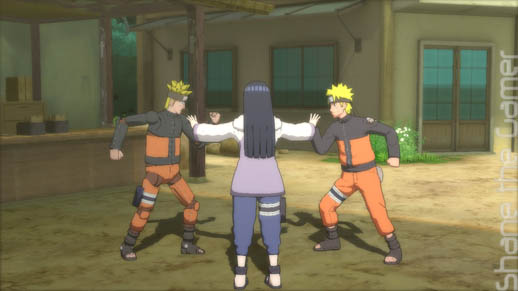 Outside of this there was essentially no story worth mentioning. There are some miniature missions between battles that rewards you with new ninjas, items or money however these were not at all interesting to complete.

The tournament can be played through many times in different ranks starting with D. Progressing in rank unlocks new areas to explore on the island which you access between battles. There are a large and diverse selection of characters available to choose from which are unlocked as you progress. 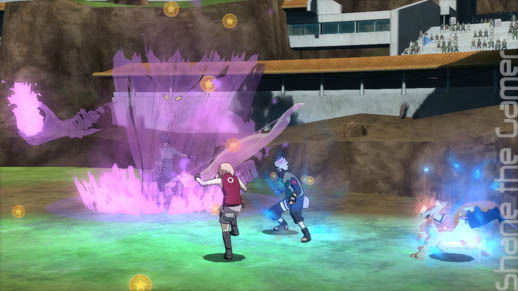 Unfortunately there’s no playable tutorial to speak of.

Instead information about various information is displayed through pop up screens. This is, however, too wordy, and didn’t explain the topics I needed and a lot of what it did cover should have been fairly intuitive for anyone who has played a video game before.

The combat seems geared towards someone who has played a previous entry in the series. 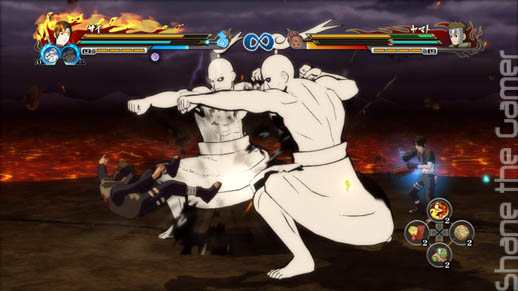 I initially struggled to grasp the terms and the more advanced components of combat. The basics were pretty simple however. You press circle to attack, R2 to dodge and L2 to jump behind an opponent when they are attacking you. Battles take place in an arena which has a wide variety of background environments. Despite the simplicity of the controls I did still find battling enjoyable and there was some skill required to pull off victories.

There are a nice variety of battles as well. Some involve just 1v1 whereas others have four players competing together. The objectives of the battles also differ, some have you collecting orbs by knocking them out of other players and some have you basically fighting to the death (or knockout). 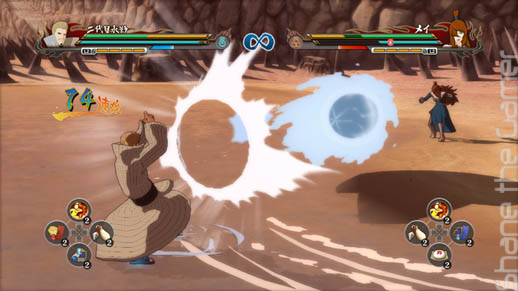 After completing the Ninja World Tournament once, a new sub-mode is unlocked titled Mech-Naruto Story. Similar to the original mode, you are once again on a quest to be crowned the ultimate ninja.

Unlike the original, there is actually an interesting and somewhat enjoyable story to play through involving Mecha-Naruto which goes beyond just the tournament. The story is short lived, however, only lasting 2-3 hours. 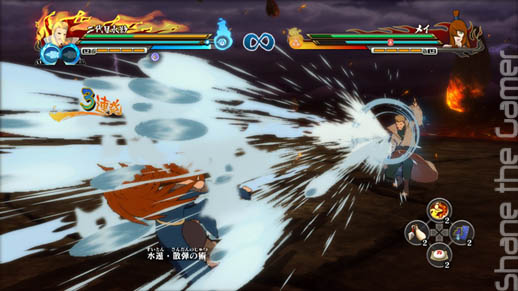 After playing the Ninja World Tournament mode for a while, I was left craving for a bit more story. This led me to the Ninja Escapades mode which more than delivered. The mode features three original stories. The first of which is about the creation of the Akatsuki, an evil super group of talented and somewhat creepy ninjas.

I found the story in this mode to be both very interesting and engaging. The characters you encounter and play as have very unique and well developed looks, play style and personality. This mode does feel a bit too much like watching an episode rather than playing a video game. Anime-styled cutscenes of over 5 minutes long separate the battles. 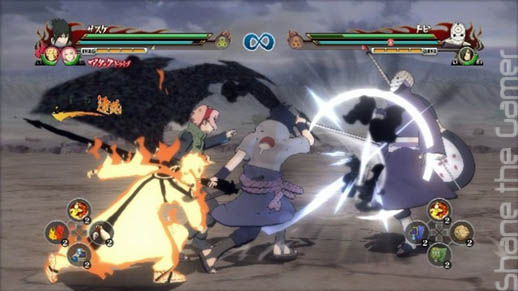 This does ensure that battles feel meaningful and that characters and story are well developed. The cutscenes do feel a bit too long, though. I found the difficulty in this first story to be challenging at times.

The next two stories offer even less gameplay and are a lot less interesting than the first, but they still remain somewhat enjoyable.

The second one featured just two battles and the third featured no battles just a six minute long cutscene. All the stories do seem focused towards someone with extensive Naruto knowledge as they seem to imply a tie-in with the show. 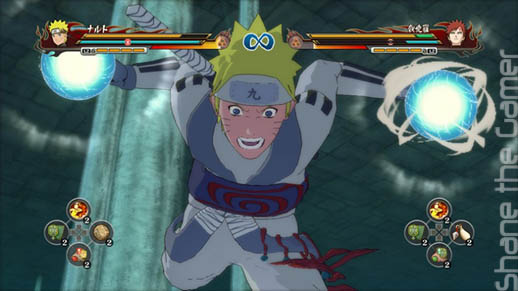 Outside of these modes there is a Free Battle mode and an Online Battle mode which is basically what you would expect.

Free Mode lets you choose from a diverse range of options to practice your skill or just have a bit of fun. Online Battle has you play against ranked opponents online. I did run into a few issues as due to poor connection between me and my opponents. This led to a bit of lag and at times the game having to briefly pause and load.

The visuals are something you would typically expect from a Japanese anime based game being both colourful and non-realistic. As someone who enjoys this style, I greatly enjoyed the visual aspects of the game. Some of the environments did look a bit bland and ugly though. 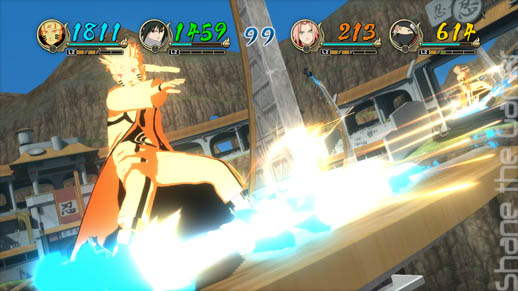 Naruto Shippuden: Ultimate Ninja Storm Revolution is a game definitely focused towards fans of the series.

Newcomers will feel lost and confused as you are thrust into this very strange world. The battle system is simple yet enjoyable. The game modes do feel a bit all over the place with none of them seeming to gain the correct balance between length, story and gameplay.

If you are a fan of the series there may be much to enjoy in this latest entry.