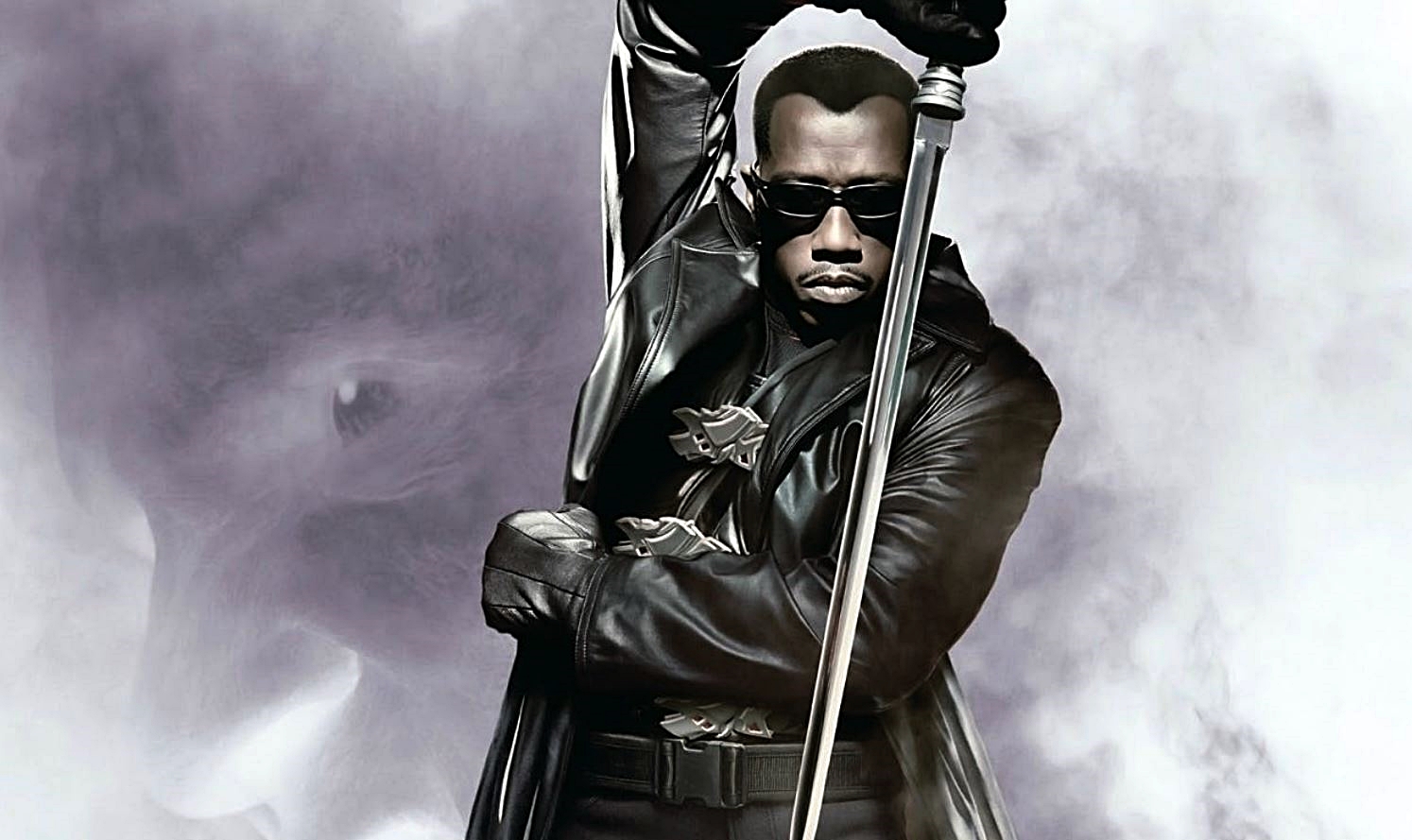 The Original Motion Picture Score for Blade by award winning composer Mark Isham has been released for the first time on vinyl today.

The LP’s jacket, inner sleeve and labels thematically reference the infamous warehouse rave scene of the vampire thriller from 1998.

“The score needed to have an epic super-hero quality but with a very dark side, and it needed to be able to live next to the world of 1990’s electronica – The Prodigy, Chemical Brothers, Aphex Twin etc. We used a large symphony orchestra supplemented with electronic synthesizers and samplers for a unique musical vocabulary. I did a lot of sampling of weird and strange sounds as well as programming my synth collection. We recorded at the Fox stage which is a wonderful room. The process went smoothly as I had worked tirelessly with Steve Norrington, the director, during the demo process to get what we both wanted. We recorded some sections of the score in smaller segments – to be edited together later – as a lot of the visual effects hadn’t been completed yet. I think my two favorite musical moments are The Death Of Whistler – which is very emotional scene, a bit unexpected in a film of this genre – and the culmination of the Ritual For Summoning La Magra. This is big and bombastic and just plain FUN!” –  Mark Isham, composer. 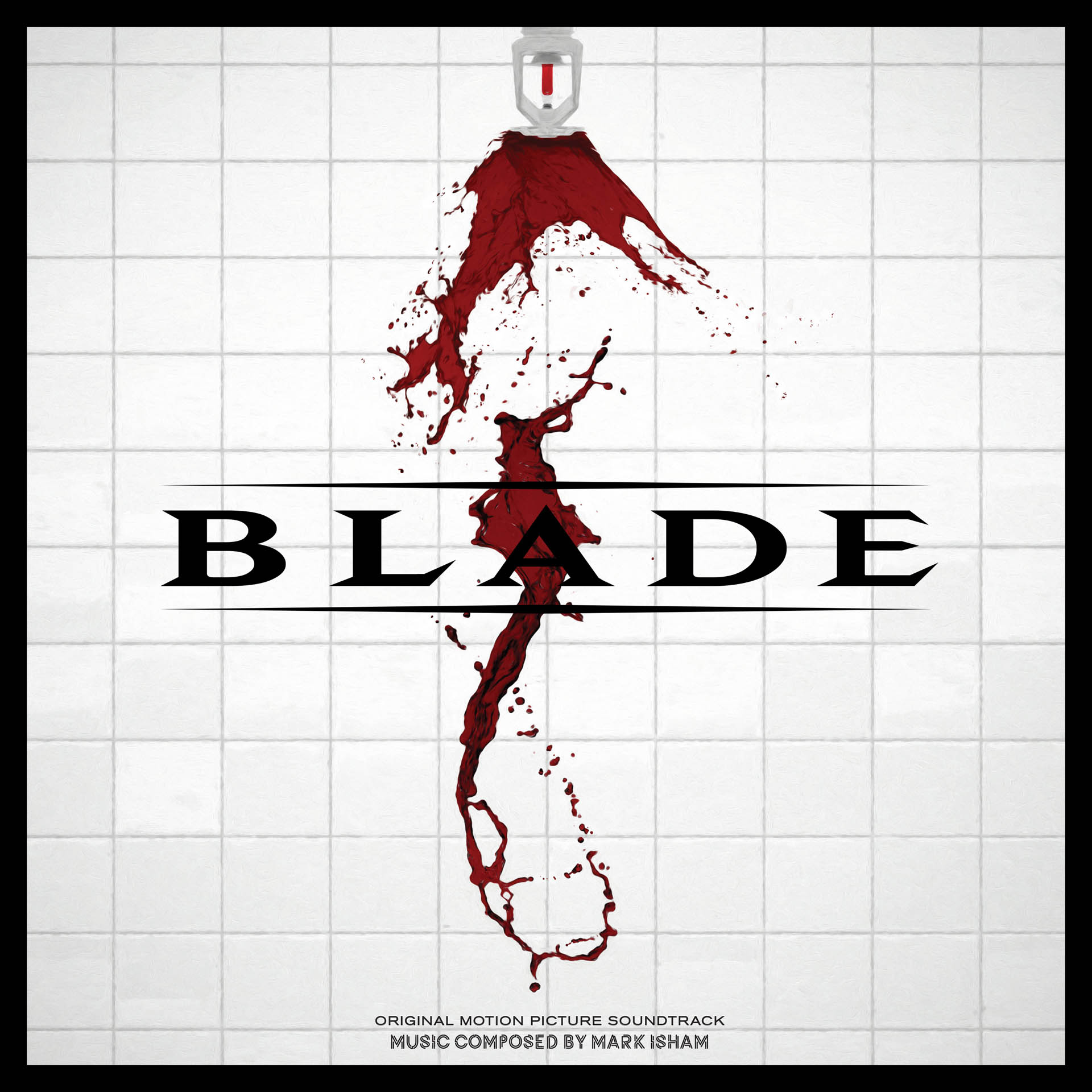 The movie starring Wesley Snipes in one of his signature roles was a commercial success that spawned two sequels, and the films have enjoyed cult status for many years. At this year’s Comic-Con in San Diego, Marvel Studios got movie-goers amped by announcing a Blade reboot in 2020, with none other than accomplished actor Mahershala Ali to star, who took home Oscars for both Moonlight and Greenbook.

Mark Isham is an electronic music innovator, jazz artist and prolific film composer. Isham’s ability to create unforgettable melodies combined with his willingness to experiment with innovative musical palettes have earned him accolades including: Grammy and Emmy awards, and Oscar and Golden Globe nominations.

His inimitable musical voice is evident in his memorable scores for award-winning features including the Oscar-winning Crash and A River Runs Through It (Oscar nomination), along with Golden Globe winning Bobby, and The Black Dahlia. For The Black Dahlia, Isham was awarded “Best Score” by the International Film Music Critics Association. Other credits include Men of Honor (Grammy nomination), Eight Below, The Cooler, cult-classic Blade, Nell, The Accountant, ABC’s hit series Once Upon a Time (Emmy nomination), and Oscar-winner John Ridley’s ABC drama American Crime. Recent projects include A Dog’s Journey, whilst upcoming for Isham includes Disney’s Togo, and Bill & Ted Face the Music.

Mark Isham’s collective contributions to the film music community was recognized by his peers when he was awarded the highest honor for a composer by The American Society of Composers, Authors, and Publishers (ASCAP), the prestigious Henry Mancini Career Achievement Award for musical excellence.