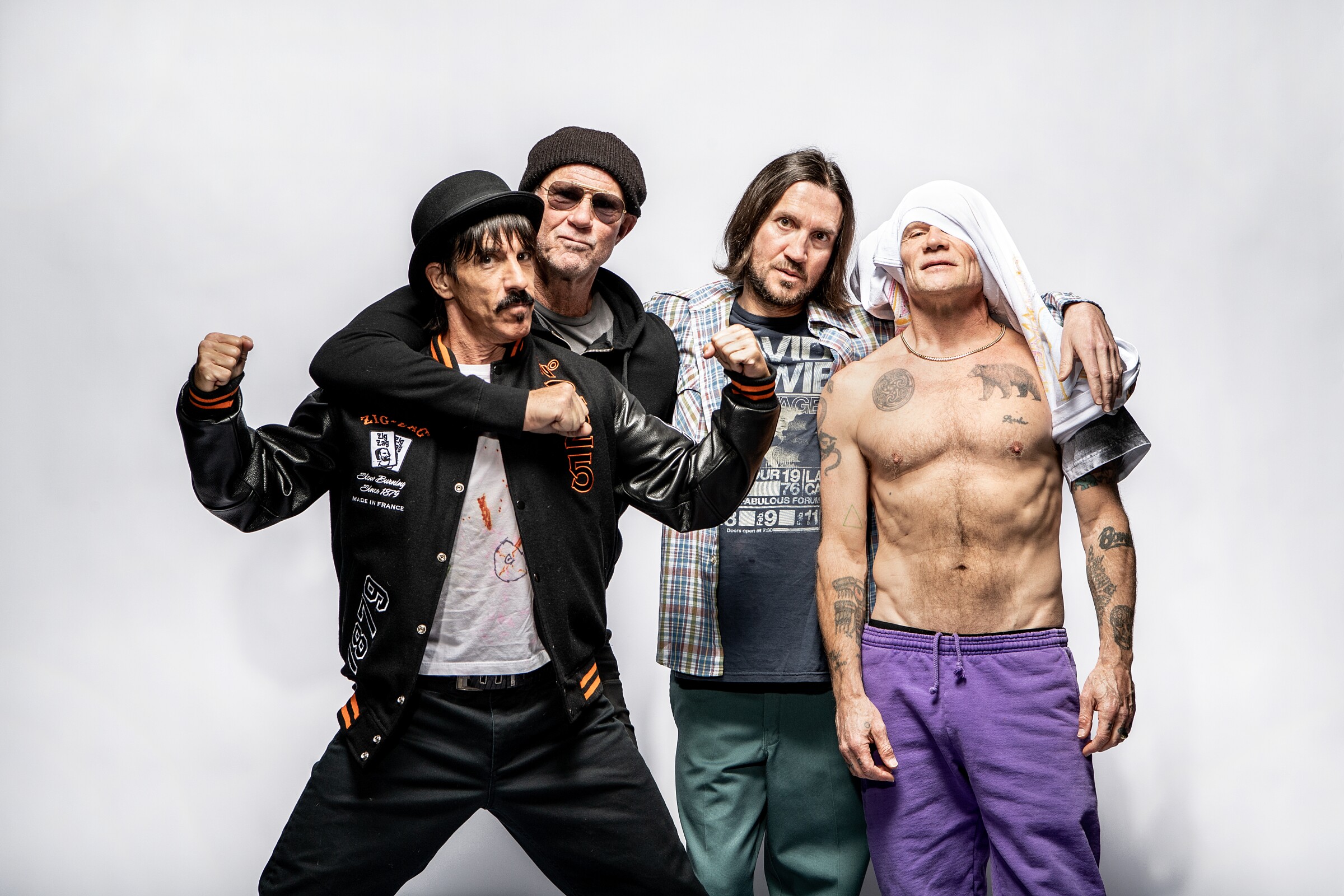 It notably marks their first recording with guitarist John Frusciante since 2006 and first with producer and longtime collaborator Rick Rubin since 2011.

“Our only goal is to get lost in the music. We (John, Anthony, Chad and Flea) spent thousands of hours, collectively and individually, honing our craft and showing up for one another, to make the best album we could. Our antennae attuned to the divine cosmos, we were just so damn grateful for the opportunity to be in a room together, and, once again, try to get better. Days, weeks and months spent listening to each other, composing, jamming freely, and arranging the fruit of those jams with great care and purpose. The sounds, rhythms, vibrations, words and melodies had us enrapt.

We yearn to shine a light in the world, to uplift, connect, and bring people together. Each of the songs on our new album UNLIMITED LOVE, is a facet of us, reflecting our view of the universe. This is our life’s mission. We work, focus, and prepare, so that when the biggest wave comes, we are ready to ride it. The ocean has gifted us a mighty wave and this record is the ride that is the sum of our lives. Thank you for listening, we hope you enjoy it. 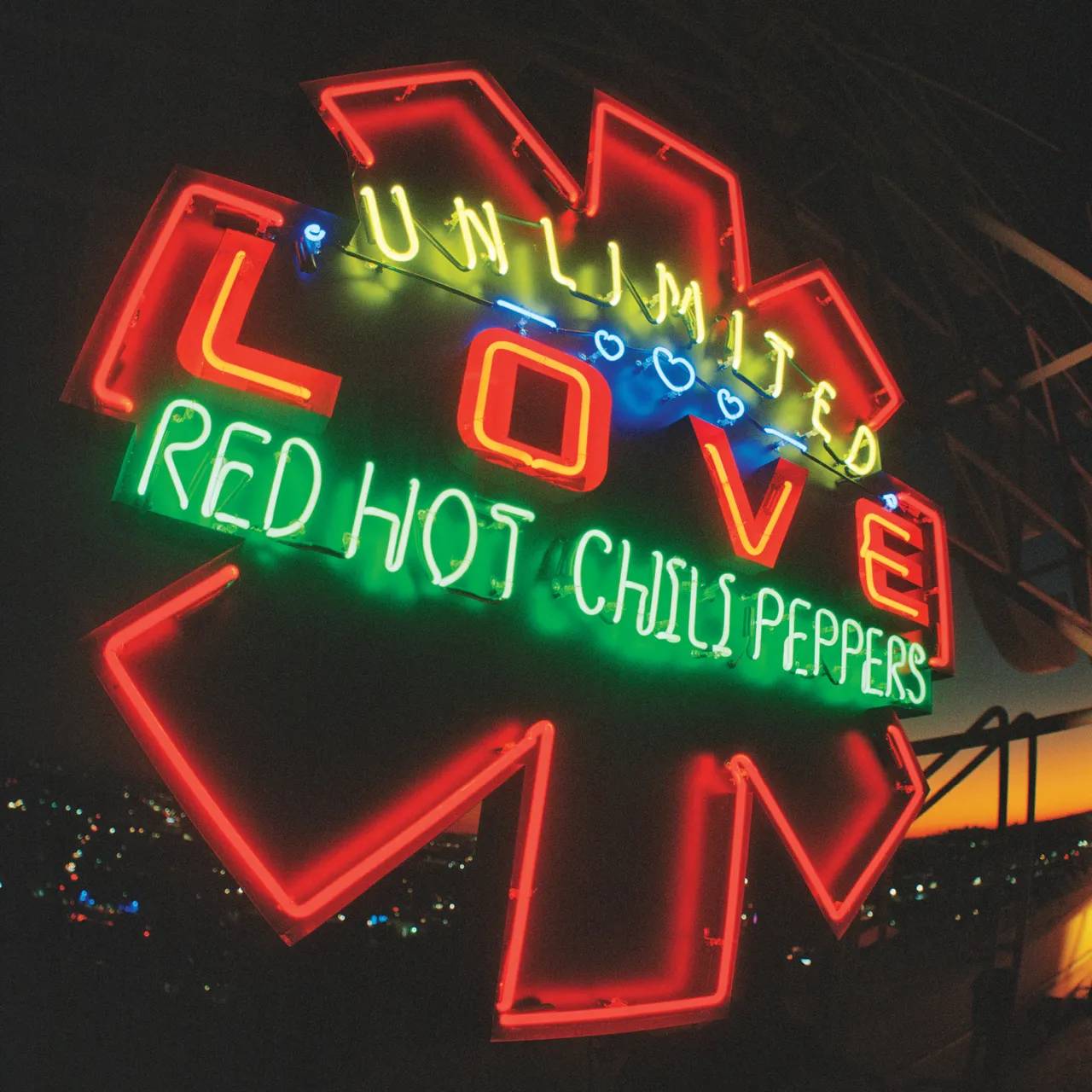 Added Frusciante : “When we got together to start writing material, we began by playing old songs by people like Johnny “Guitar” Watson, The Kinks, The New York Dolls, Richard Barrett and others. Ever so gradually, we started bringing in new ideas, and turning jams into songs, and after a couple of months the new stuff was all we were playing. The feeling of effortless fun we had when we were playing songs by other people, stayed with us the whole time we were writing. For me, this record represents our love for, and faith in each other.”

On lead track “Black Summer,” ethereal guitar underlines introspective lyrics as the rhythm unlocks a hypnotic drum groove highlighted by evocative bass. It quietly inhales only to exhale with a massive refrain, “It’s been a long time since I made a new friend, waiting on another black summer to end,” before a guitar solo echoes to the heavens and back. For the music video, the group teamed up with acclaimed director Deborah Chow [Disney+’s The Mandalorian, Obi-Wan Kenobi]. The result continues a tradition of captivating cinematic visuals, with a twist.

The interplay between the band borders on intergalactic once again—yet elevated to another stratosphere altogether. Unlimited Love represents the united spirit of four individual souls still fearlessly exploring the future of their eternal friendship and musical congregation.

“Here Ever After ”follows a staccato bassline down a rhythmic wormhole as the hook promises, “She’s the kinda girl that make you wanna go faster now.” And whether it be wrangling wild horns and boisterous bass on “Aquatic Mouth Dance” or the poetic dreamscape of confessional ballad “Not The One,” the album twists and turns with gleeful unpredictability On “Poster Child,” a funky riff spiked with wah pedal magic wobbles in tandem with the delivery as a blissful chorus takes hold. “The Great Apes” charges forward towards a primal clarion call. For nearly six minutes, “It’s Only Natural” slips in and out of hypnotic harmonies and magnetic grooves. The slinky funk of “She’s A Lover” bleeds into a chantable gang vocal and dancefloor-ready refrain, while “These Are The Ways” sees a soft melody give way to guitar and vocal catharsis.

“Whatchu Thinkin’” leans on head-nodding percussion as the vocals flutter with the tempo only for guitar to ignite the chorus. An analog synth choir colors the intro of “Bastards of Light,” while a heavenly crescendo elevates “White Braids & Pillow Chair” beyond the clouds. Hitting the highways, “One Way Traffic” revs up funk at an intersection of airy bass and drums. “Veronica” trades the band’s sunny Los Angeles for the South Side of Chicago and a near-cinematic story about the title character. Then, there’s “Let ‘Em Cry” where trumpet punctuates the momentum before peaking on an emotionally charged guitar solo. “The Heavy Wing” takes flight on a climactic burst of distortion and vocal conjurations. The ride culminates on “Tangelo.” Threaded together with delicate guitar and emotionally charged vocals, this otherworldly lullaby leaves off on a vibrant, vulnerable, and vital final note as it slips into the arms of feedback.

This summer, Red Hot Chili Peppers will launch their first tour in support of Unlimited Love. They’ve invited a dynamic cohort of guests along for the ride at select dates, including Anderson.Paak & The Free Nationals, A$AP Rocky, Beck, HAIM, King Princess, St. Vincent, The Strokes, and Thundercat.