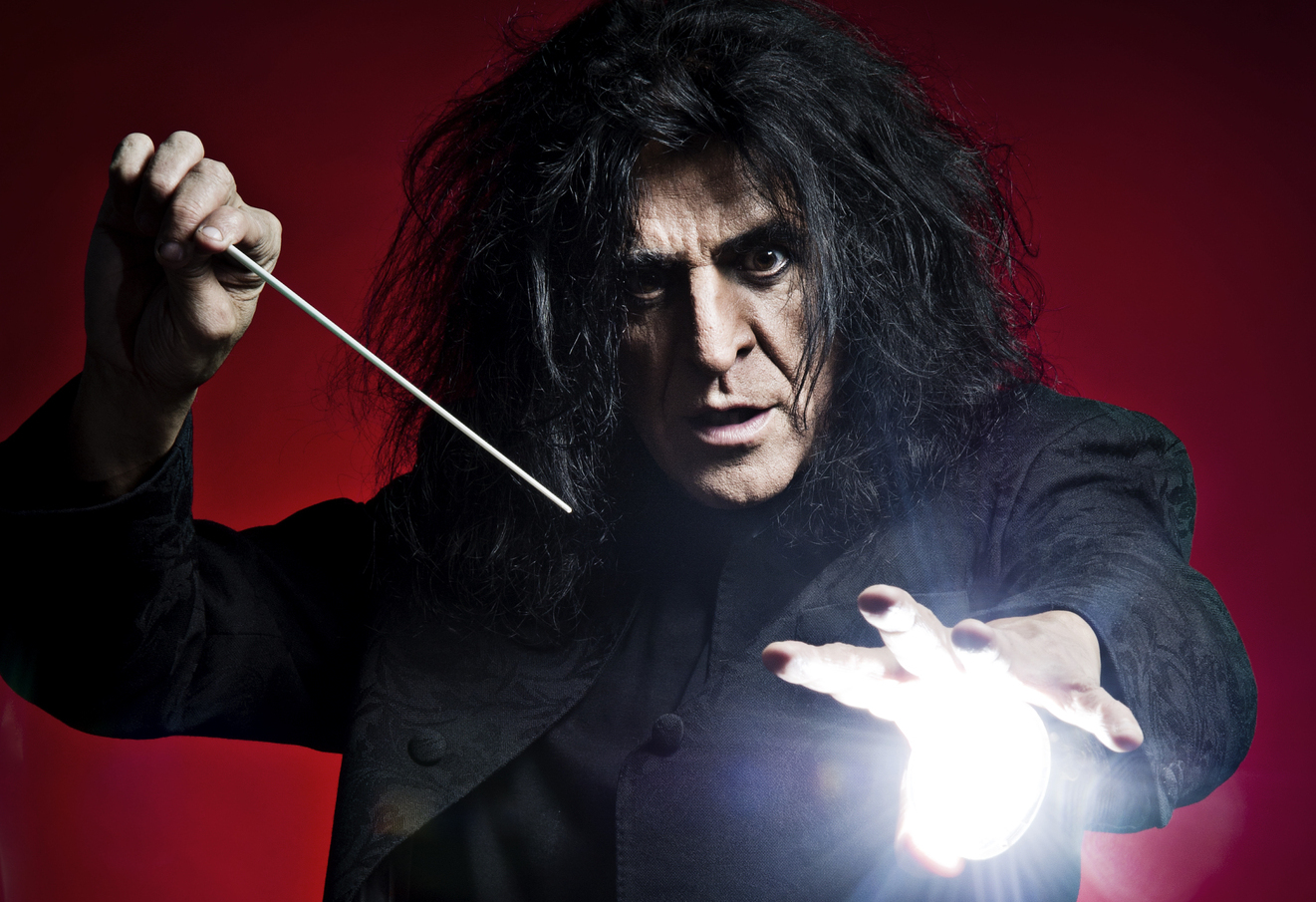 On November 29th, 2019 Jaz Coleman, founding member with the legendary Killing Joke, releases ‘Magna Invocatio – A Gnostic Mass For Choir And Orchestra Inspired By The Sublime Music Of Killing Joke’ through Spinefarm Records, the first release of the MASTERSCORE Series.

As an artist of fierce intellect and purpose, Jaz Coleman – now celebrating 40 years as Killing Joke’s iconic front-man – has been driven by twin musical loves: experimental rock and classical music.

Since coming together in 1978, Killing Joke has played a pivotal role in both alternative music and culture; the intensity of the band’s repertoire has long been revered by fans, peers and critics, and this continues to hold sway, with most recent studio album ‘Pylon’ (Spinefarm Records, 2015), showing the original line-up at its potent, pointed best.

What Coleman feels is sometimes passed over, however, is the element of “panoramic beauty” underpinning the weight and flow of many of Killing Joke’s songs, the likes of ‘The Raven King’, ‘In Cythera’ and more – an element that fitting orchestration might elevate and underline…

Recorded with Russia’s oldest orchestra, the St Petersburg Philharmonic, this stirring body of work taps into the more melodic, uplifting aspects of the KJ musical canon, using Coleman’s ongoing journey with this hugely influential UK outfit, something central to his being since later teenage years, as the consummate vehicle for a Gnostic mass (a ritualised celebration of the mysteries of existence).

What we have here is a passion project recorded at a time of international tension and delivered against the odds – “13 digestible epics”, five with full chorus, ordered to be experienced in a single sitting, and conceived to appeal to those not generally engaged with the world of orchestral music….

“I wanted to revisit not just a succession of epiphanies that transformed my own life,” explains Coleman, “but also to portray some of the more hidden or occulted milestones of the human race that have captured my imagination for some four decades. So I specifically chose an unusual combination of sacred texts that I discovered at different stages throughout my life. The only possible connection between them was that they had the immediate effect of inflaming and lifting my spirits to another level. They are, to coin a phrase, Words of Power!”

The prose that best fulfilled these criteria was ‘The Great Invocation’ (‘Magna Invocatio’ in Latin) by late mystic author, Alice Bailey, founder of the Lucis Trust –

an organisation with consultative status to the United Nations, and one dedicated to the establishment of a new and better way of life based on the fulfilment of the divine plan for humanity.

Launching with a choral fanfare, aiming “to project the themes of ‘The Great Invocation’ to the four corners of the earth”, ‘Magna Invocatio’ is 90 minutes of powerful, transcendental orchestral music designed “to lift the listener up and away from the traumas of our world to another dimension, a more desirable reality where positivity and possibility, Agape and interconnectedness take precedence.”

‘Magna Invocatio’, ‘The Great Invocation’, clearly does that.

Finally, with collective nostrils flared and righteous anger carried torch-high, Killing Joke continue to take their music of resistance to fresh levels, and are confirmed as special guests on Tool’s forthcoming 26 date North American Tour.  The Tool / Killing Joke tour starts on the 15th of  October 2019 in  Pepsi Center in Denver, Colorado and finishes on the 25th of  November 2019 at Capitol One Arena in Washington, DC.