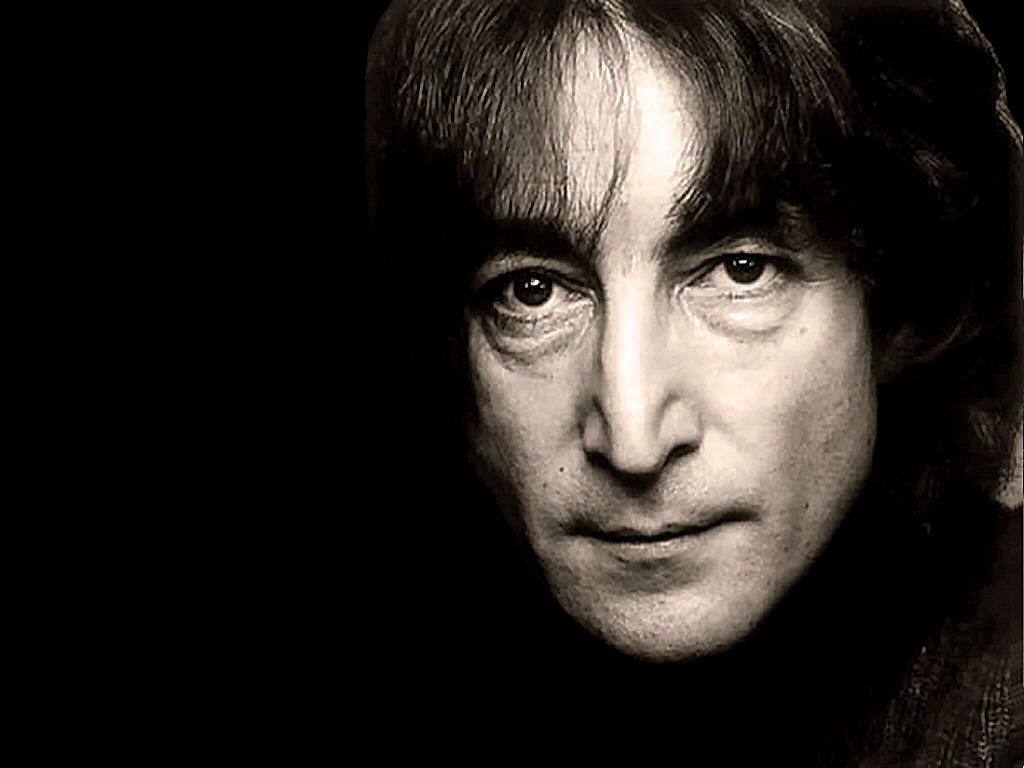 On October 5th, 2018, Universal Music celebrates the apex of John Lennon’s solo career with a six-disc box set, Imagine – The Ultimate Collection. This historical, remixed and remastered 140-track collection is fully authorised by Yoko Ono Lennon who oversaw the production and creative direction.

Spread across four CDs and two Blu-ray discs, this truly unique expanded edition offers a variety of listening experiences that are at once immersive and intimate, ranging from the brand new Ultimate Mixes of the iconic album, which reveal whole new levels of sonic depth, definition and clarity to these timeless songs, to the Raw Studio Mixes that allow listeners to hear Lennon and the Plastic Ono Band’s original, unadorned performances, to enveloping 5.1 surround sound mixes, and a Quadrasonic Album Mix, presenting the original four speaker mix remastered in Quadrasonic sound for the first time in nearly fifty years.

This ultimate deep listening experience, which features scores of previously unheard demos, rare outtakes and isolated track elements, also includes The Evolution Documentary, a unique track-by-track audio montage that details the journey of each song from demo to master recording via instructions, rehearsals, recordings, multitrack exploration and studio chatter. The comprehensive nature of the full Imagine – The Ultimate Collection is the absolute best representation of a career artist working at the top of his creative game. imagine – the ultimate deep listening experience 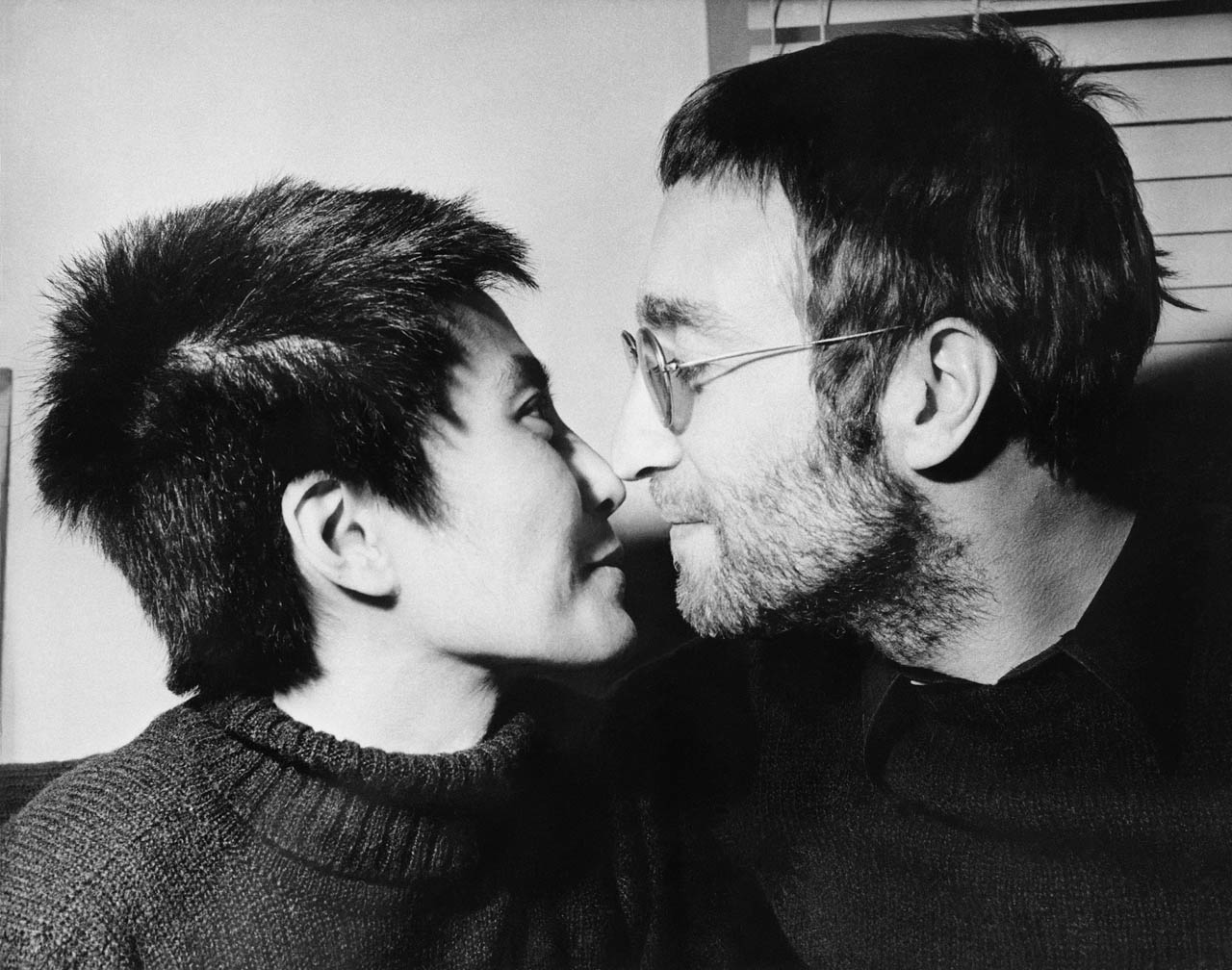 Imagine will also be released in concurrent multiple physical and digital configurations including as a 2CD Deluxe Edition and 2LP 180 gram heavyweight black vinyl edition. The digital Ultimate Collection will include all audio from the four CDs, and the Deluxe and Standard will also have digital equivalents.“Imagine was created with immense love and concern for the children of the world. I hope you enjoy it”, says Yoko Ono Lennon in the preface of the 120-page book that accompanies the box set.

While sifting through boxes upon boxes of the original tapes, engineer Rob Stevens discovered something truly remarkable that had gone unnoticed all these years. “Early 2016, during the gestation period of this project, I’m in the Lenono archives with my people going through tape boxes that have labeling that’s unclear, misleading, or missing entirely”, says Stevens. “There’s a 1″ 8-track that says nothing more on the Ascot Sound label than John Lennon, the date, and the engineer (Phil McDonald), with DEMO on the spine.  No indication of what material was on the tape. One delicate transfer to digital later, the “Imagine” demo, subsequently enhanced superbly by Paul Hicks, appears within this comprehensive set. It was true serendipity.”

This completely never-before heard original demo, a sparse home recording of Lennon on piano and vocal playing one of his most famous songs, globally launches Imagine – The Ultimate Collection today and is available for streaming and for immediate download with all digital album pre-orders.

Also on October 5th 2018, Eagle Vision will release two films by John & Yoko, Imagine and Gimme Some Truth, on DVD, Blu-ray, and digital platforms. Both films have been hand-restored from the original film reels and remastered in HD, and their soundtracks have been remixed in surround sound by triple GRAMMY Award-winning engineer Paul Hicks. Both physical releases feature exclusive, never-before-seen extras including previously unheard “raw” studio mixes, and a fascinating insight into a photo shoot with David Bailey. Imagine will also have a limited theatrical run highlighted by an exclusive, immersive Dolby Atmos mix of the music in selected theaters, with further exclusive extra material. 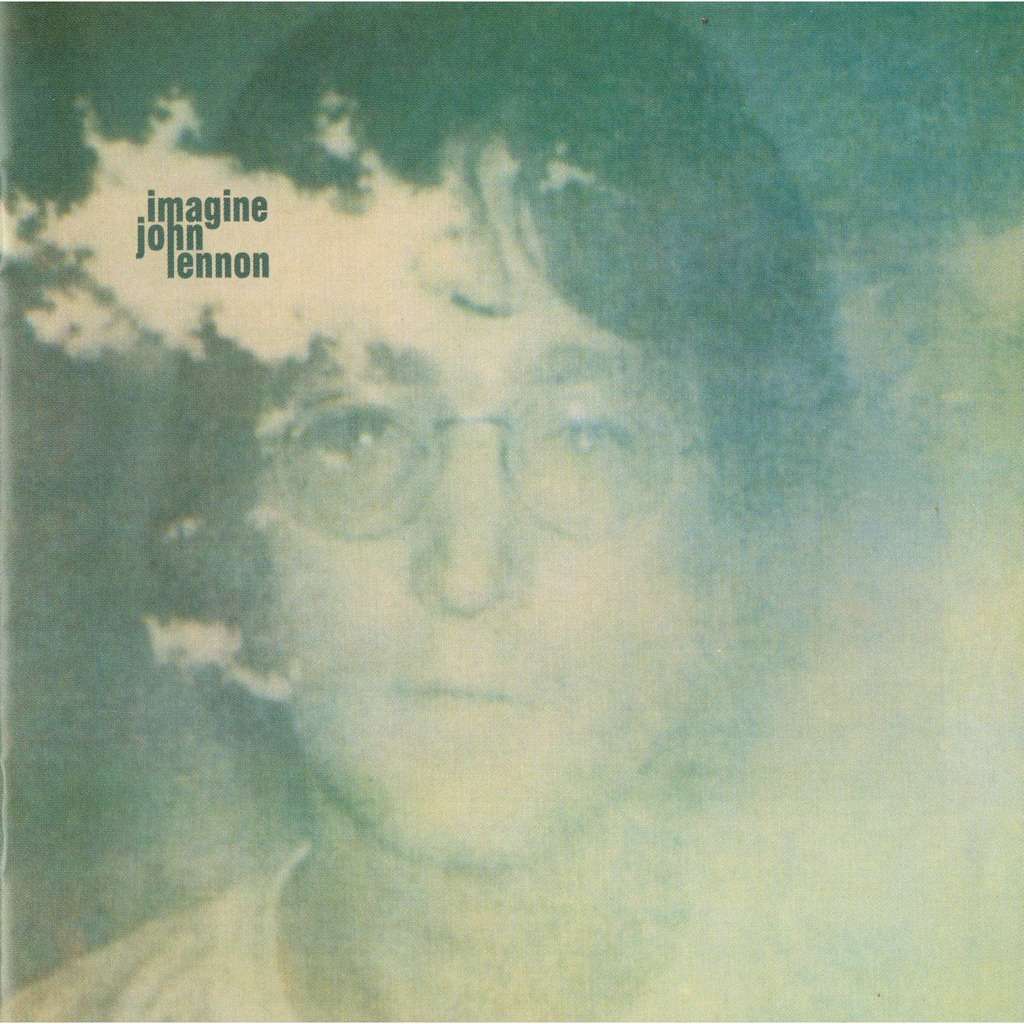 In 1971, John Lennon and Yoko Ono conceived and recorded the critically acclaimed Imagine at their Georgian country home, Tittenhurst Park, in Berkshire, England, and in the state-of-the-art studio they built in the grounds, as well as at the Record Plant in New York. The title track’s universally appealing lyrics were inspired by Ono Lennon’s “event scores” in her 1964 book Grapefruit, and she was officially co-credited as a writer on the track in June 2017. Upon release, the album went to #1 in six countries –  Australia, Japan, Netherlands, Norway, U.K. and U.S.

The best-selling single of Lennon’s solo career, the titular song was famously written as a plea for world peace. It remains one of the most legendary songs of all time and has earned numerous accolades. BMI designated it one of the top 100 most-performed songs of the 20th Century, the Recording Academy. Inducted into the GRAMMY Hall of Fame and the Rock & Roll Hall of Fame inducted it into their 500 Songs that Shaped Rock and Roll. Additionally, the Guinness World Records British Hit Singles book named it the second best single of all time and Rolling Stone ranked it number three in their list of “The 500 Greatest Songs of All Time.” The song has been covered by everyone from Stevie Wonder, Elton John, Ray Charles, Madonna, Willie Nelson, Neil Young, Diana Ross, Herbie Hancock and Joan Baez.

This new edition takes listeners on incredibly personal journey through the entire songwriting and recording process – from the very first writing and demo sessions at Lennon’s home studio at Tittenhurst Park through to the final co-production with Phil Spector – providing a remarkable testament of the lives of John Lennon and Yoko Ono in their own words.

The original Imagine album has been faithfully remixed from the ground up by the aforementioned Paul Hicks at Abbey Road Studios under the supervision of Yoko Ono Lennon. Hicks utilized high-definition 24-bit/96kHz audio transfers of the album’s original first-generation multitrack recordings for the task and the result is that the instruments and vocal now have a completely new level of clarity, especially when it comes to the surround-sound mixes on Blu-ray Disc 1. As Hicks reveals in the book included in the Super Deluxe, “Yoko was very keen that these Ultimate Mixes should achieve three things – to be totally faithful and respectful to the originals, be generally sonically clearer overall and should increase the clarity of John’s vocals. ‘It’s about John’ she said. And she was right. His voice brings the biggest emotional impact to the album.” Additionally, Hicks remastered the original four-speaker Spector/Lennon/Ono mix of Imagine in Quadrasonic sound, the first time that particular quad mix has been touched since the original release. 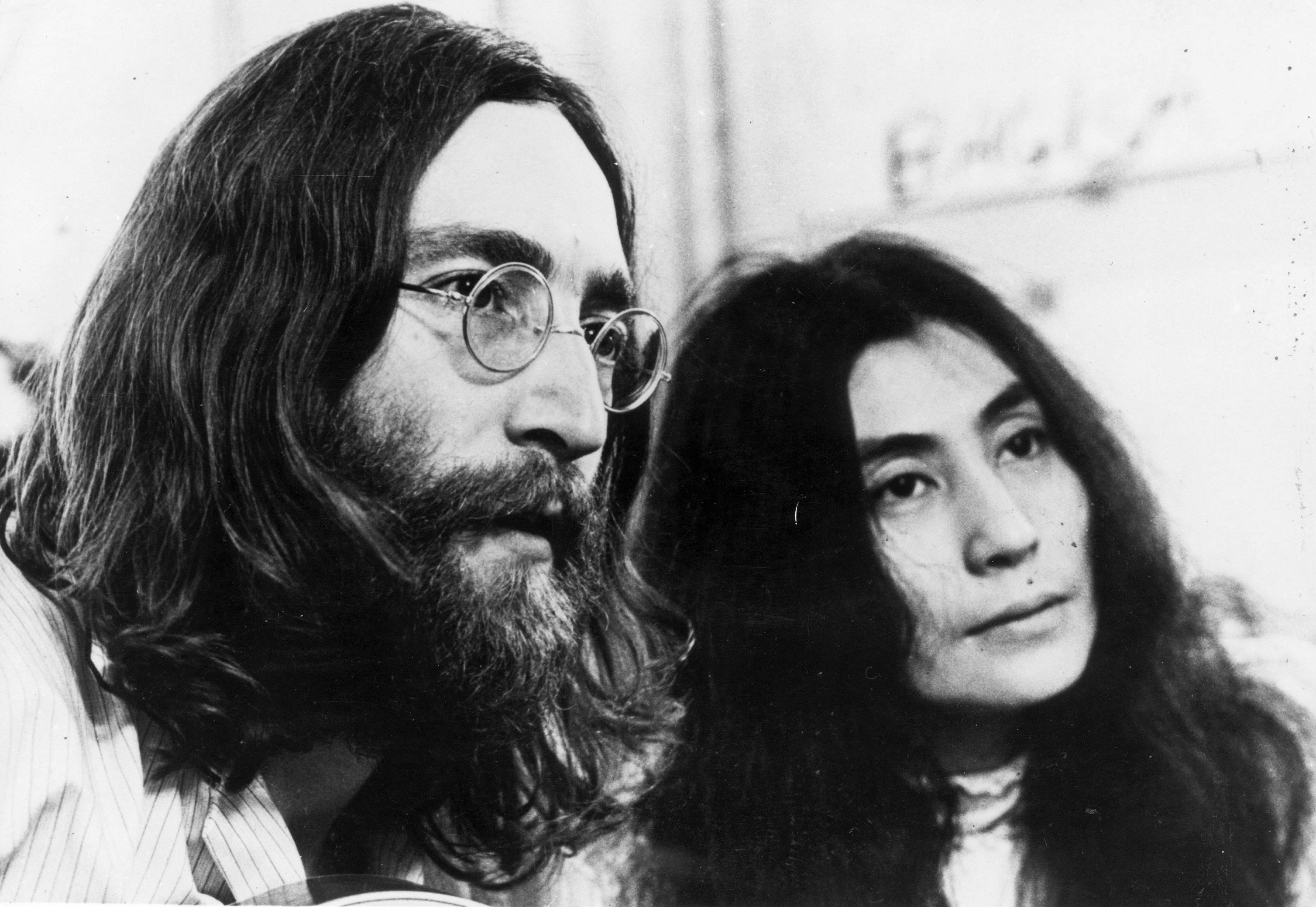 The stereo version of the Imagine album proper and its related remixed singles and extras, such as the politically charged “Power To The People”, “God Save Us”, “Do The Oz” and the holiday classic “Happy Xmas (War Is Over)”, comprise Disc 1. Both album and singles outtakes encompass Disc 2 alongside a quartet of what have been dubbed Elements Mixes, including strings-only versions of “Imagine” and “How?” as well as the vocals-only version of “Oh My Love” and the piano, bass, and drums instrumentation for “Jealous Guy.” The Elements Mixes have been created from a few basic elements from the original multitrack recordings to reveal deeper levels of detail and clarity in the sources used for the master mixes that were either buried or summed to mono in order to open them up and present them on a wider, clearer, and brighter soundstage.

Engineer Rob Stevens helmed what are known as the Raw Studio Mixes on Disc 3. These mixes capture the exact moment John and The Plastic Ono Band recorded each song raw and live on the soundstage located at the center of Ascot Sound Studios at John & Yoko’s home in Tittenhurst. The tracks are devoid of effects (reverb, tape delays, etc.) and a far cry from the finished product. Highlights include the extended renditions of iconic Imagine tracks like “I Don’t Wanna Be A Soldier Mama I Don’t Wanna Die,” “How Do You Sleep?” and “Oh Yoko!” On Blu Ray Disc 2, the Raw Studio mixes are presented in 5.1 surround sound for a unique enveloping listening experience that puts the listener in the centre of Ascot Sound Studios with Lennon in front and the band playing all around and behind.

Meanwhile, Disc 4 presents the audio version of The Evolution Documentary, as engineered by Sam Gannon in mono. This documentary tells the full story of each Imagine song as it goes on its own specific, individual journey from demo to master take via instructions, rehearsals, recordings, multitrack exploration, and studio chatter. 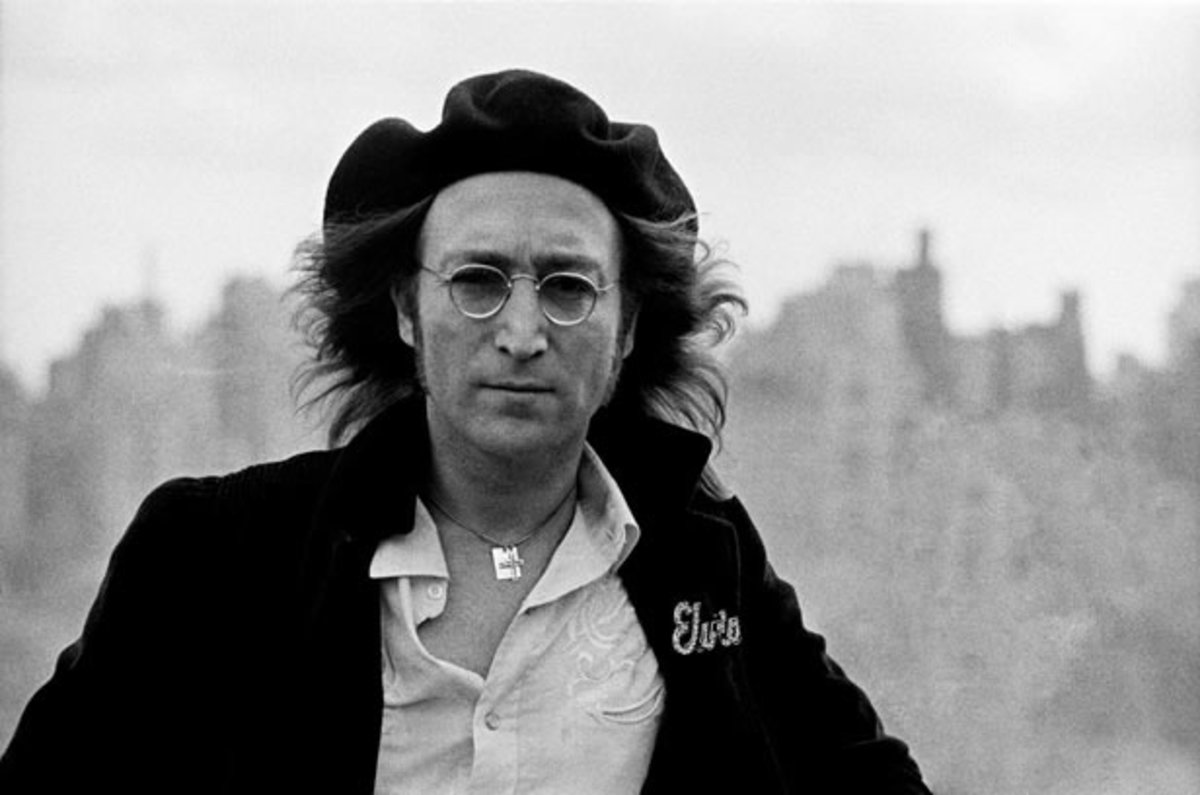 On the first Blu-ray disc, Hicks’ masterful high-resolution surround-sound mix of both the Imagine album proper and its related singles takes centerstage alongside the updated Quadrasonic mix, in addition to hi-res stereo mixes of the singles and outtakes.

The second Blu-ray disc is subtitled “In The Studio and Deeper Listening”, and it features both surround-sound and stereo mixes of the extended album versions, outtakes, and Elements Mixes found on the CDs. It also plays home to DJ and longtime family friend Elliot Mintz’s loving 29-minute tribute to the artists, consisting of his revealing, philosophical, honest and humorous interviews with John & Yoko.

Meanwhile, both the Imagine and Gimme Some Truth video releases coming from Eagle Vision have been frame-matched to the original negatives, with every frame hand-cleaned and restored, and the respective soundtracks remixed and remastered in 5.1 surround sound.

The Imagine film is a cinematic collage of colour, sound, dream, and reality. Produced and directed in 1971 by John & Yoko, who — along with numerous guest stars including George Harrison, Fred Astaire, Andy Warhol, Dick Cavett, Jack Palance, and Jonas Mekas — all create a world of imagination as rich and moving as the music that accompanies it.

Shooting began during the summer of 1971 at John & Yoko’s Tittenhurst home in Ascot, England, as they began recording sessions for the Imagine album. Shooting continued across the pond in New York where the album was completed at the Record Plant, with Phil Spector co-producing.

The Imagine film is widely regarded as one of the first “video albums”, since it features a different visual treatment for every song on the record. The limited theatrical release of Imagine benefits from a spectacular new and wholly immersive Dolby Atmos mix, along with cinema-exclusive, never-before-seen extras from the recording of the album. 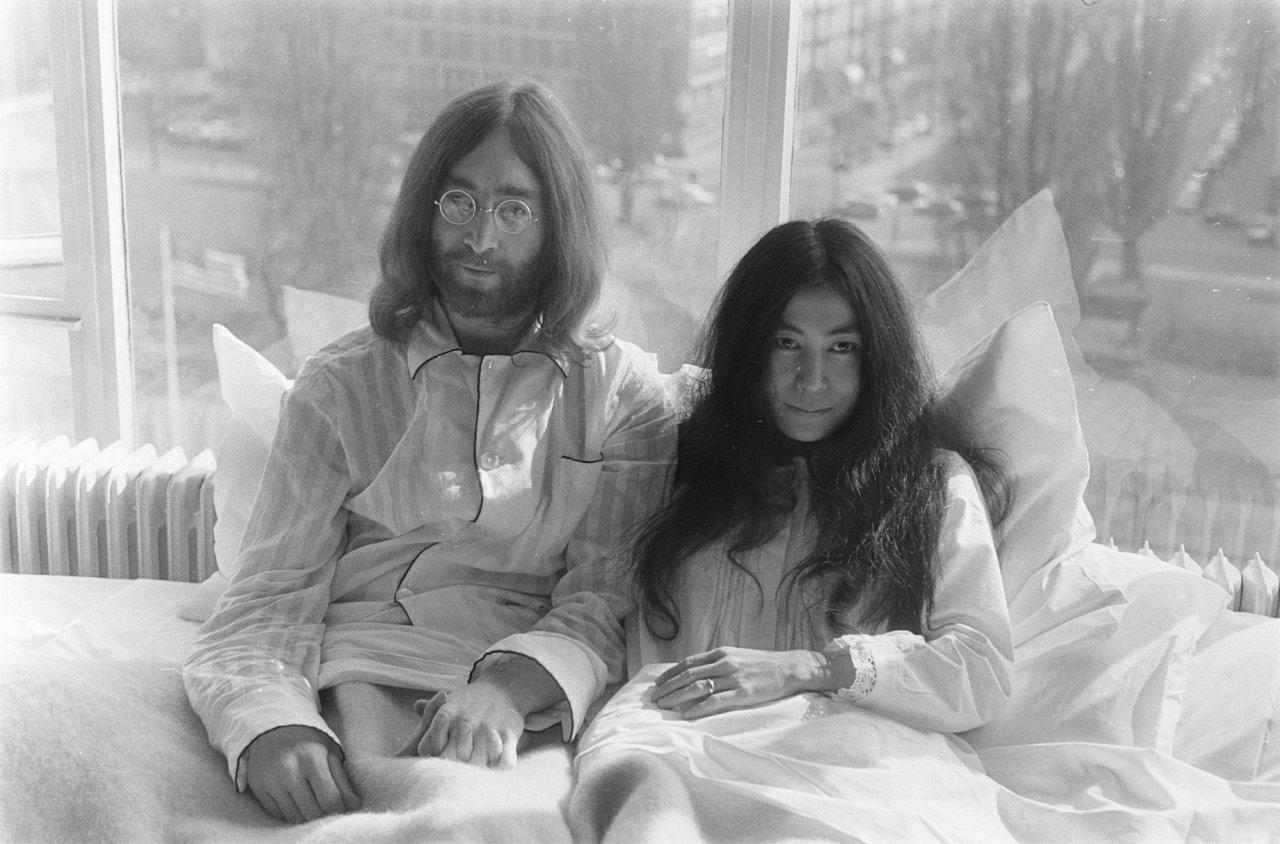 Gimme Some Truth is the groundbreaking, GRAMMY Award-winning film that chronicles the creative process of how the Imagine album came into being, in turn providing a glimpse into Lennon’s creative genius and including many striking, special moments between John & Yoko. The progress of the making of the songs featured on the album is followed through from their inception to the final recording process in Gimme Some Truth, with the film serving as a stunning, fly-on-the-wall document of how one of the most iconic and important albums of the rock era came into being.

Finally, Thames & Hudson (UK) and Grand Central Publishing (US) are set to publish Imagine John Yoko by John Lennon & Yoko Ono on what would have been Lennon’s 78th birthday, on October 9. Personally compiled and curated by Yoko Ono Lennon and packed with exclusive, previously unpublished material, Imagine John Yoko is the definitive inside story-told in revelatory detail-of the making of the legendary album and all that surrounded it: the locations, the creative team, the artworks, and the films, in the words of John & Yoko and the people who were there.

John Lennon is one of the world’s most celebrated songwriters and performers of all time. Lennon has been posthumously honored with a Lifetime Achievement GRAMMY® Award and two special BRIT Awards for Outstanding Contribution to Music, and he has been inducted into the Rock and Roll Hall of Fame and the Songwriters Hall of Fame. In 2008, Rolling Stone ranked Lennon in the Top 5 of the magazine’s “100 Greatest Singers Of All Time” list. With a message as universal and pertinent today as it was when the album was created, Imagine secures John & Yoko’s collective place in cultural history.

All are also available for pre-order HERE.