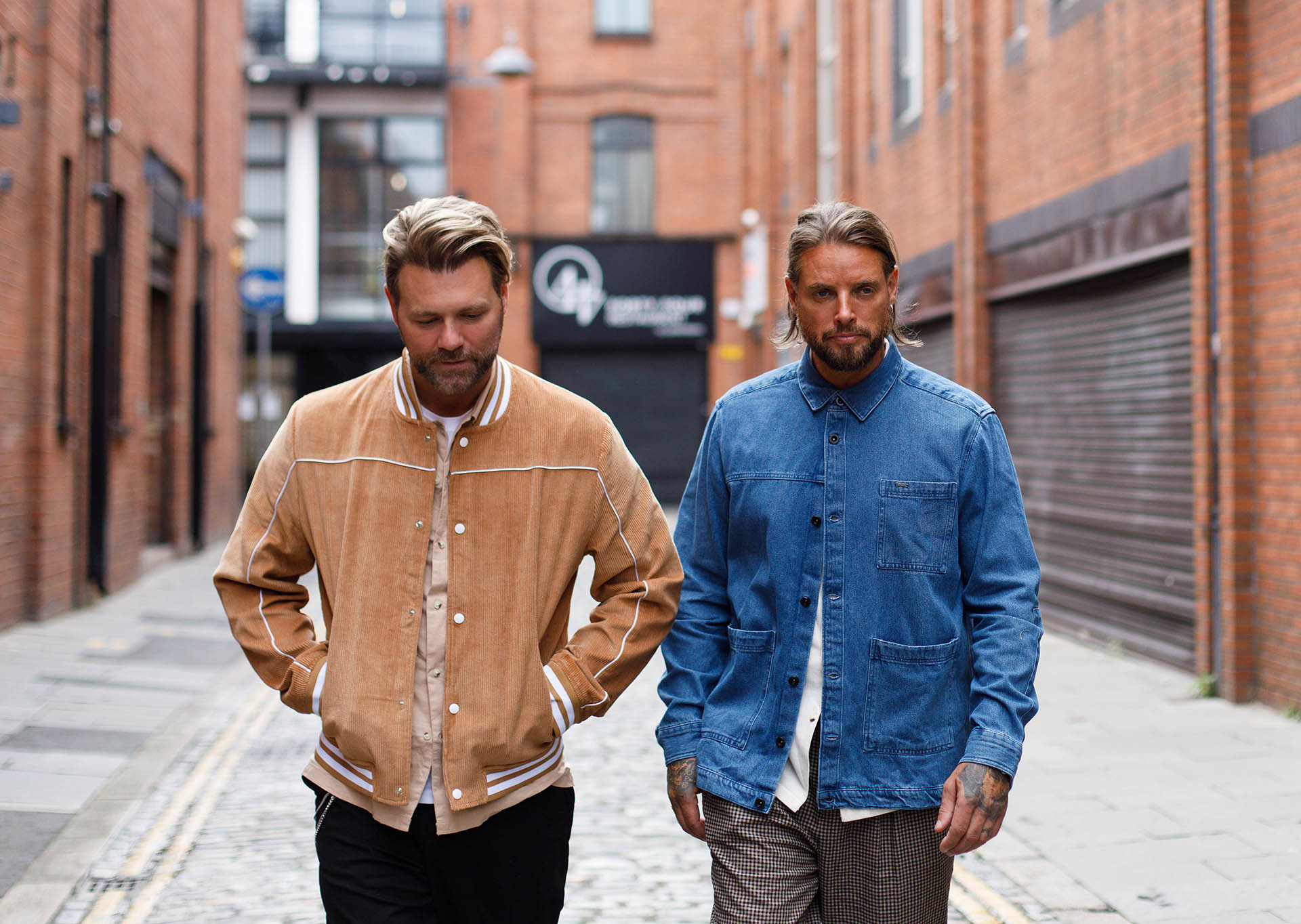 Today Boyzlife reveal the title, release date and tracklist of their first original material studio album, ‘Old School’ due on May 6, 2022.

Influenced by the music the duo grew up listening to, Boyzlife introduced the upcoming album at the end of last year with the single ‘The One’ – co-written by Brian and legendary songwriter Guy Chambers (Robin Williams, Kylie Minogue, Rufus Wainwright), with production by rising producer Jackson – who has honed his skills engineering and programming for the likes of Shawn Mendes and The Libertines.

‘The One’ marked a shift into original material and showed the band’s new aesthetic vision through the single 80’s influenced sound and neon-drenched video.

In between tour dates Boyzlife have been busy in the studio writing and creating new music, with the first album details being revealed, Brian gives a glimpse into what fans can expect from their studio sessions; “Keith and I grew up in the 80s and 90s, the sound of that era is what made us want to be musicians in the first place. When we first started talking about making this record as Boyzlife’s first studio album, we naturally talked about those influences a lot and have loved bringing these familiar sounds into our studio sessions and onto this record.” 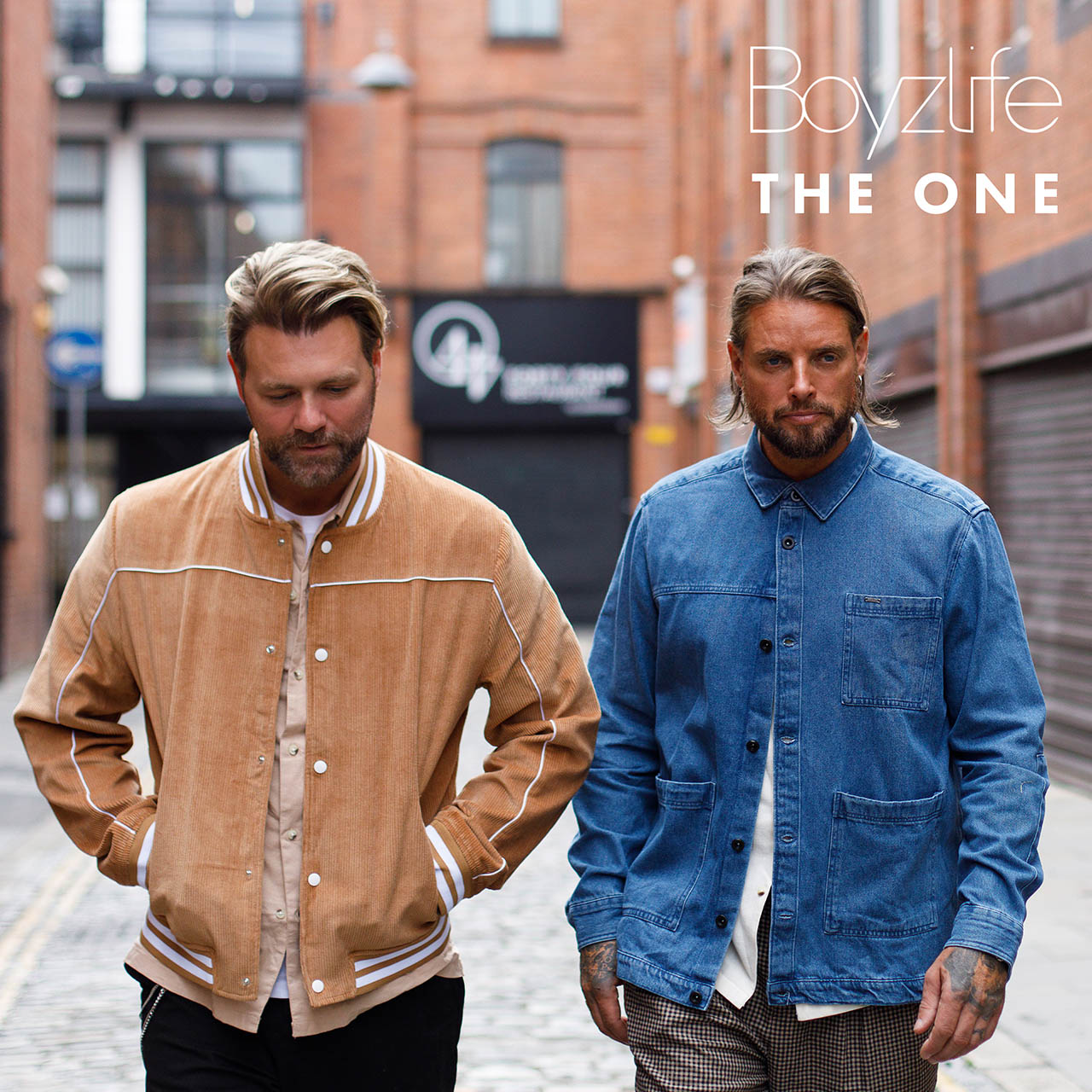 They continue: “Working with our producer Jackson has been an extremely creative process, we went into the studio with lyrics ideas, worked together to find a melodic sound to go with the lyrics and built the songs from there. Some things just fit into place and others get chopped and changed until we all agree we are on the right track. We are very excited about this album and can’t wait for people to hear it.”

With Boyzone, Keith Duffy enjoyed six UK number one singles and 16 out of 17 of their first single releases making the top 5. With five number one albums also to their credit, Boyzone achieved worldwide sales of over 25 million records. Brian McFadden has enjoyed similar success, including 12 UK and Ireland number ones as a member of Westlife, and a record breaking seven top spots in a row.

The band also boast four number 1 albums and over 30 million record sales in total. Since Westlife, Brian has embarked on a successful solo career, including a UK number 1 single with ‘Real to Me’.

Since their inception, Boyzlife have already performed some of their greatest chart hits for over 70,000 fans, with the second leg of their UK tour now finally underway.

Of being back on the road the band said ‘We couldn’t wait to get back on the road after the last 18 months away! It’s fantastic to be back doing what we love and seeing happy, smiling faces every night. Our new rescheduled dates for 2022 are live on our website with a few new dates added in”. The guys’ describe the show as a Rolla-coaster through all of our music over the last 25 years, with some surprises along the way.

‘Strings Attached’, the debut album by Boyzlife, featured 9 UK Number 1 songs from Boyzone and Westlife, performed by Keith, Brian and accompanied by the world famous Royal Philharmonic Orchestra in London.

The band’s debut record was released on 17th July 2020 topping both the UK & Ireland’s iTunes and Amazon music charts immediately, the album charted at #12 in the UK Official Album Chart.