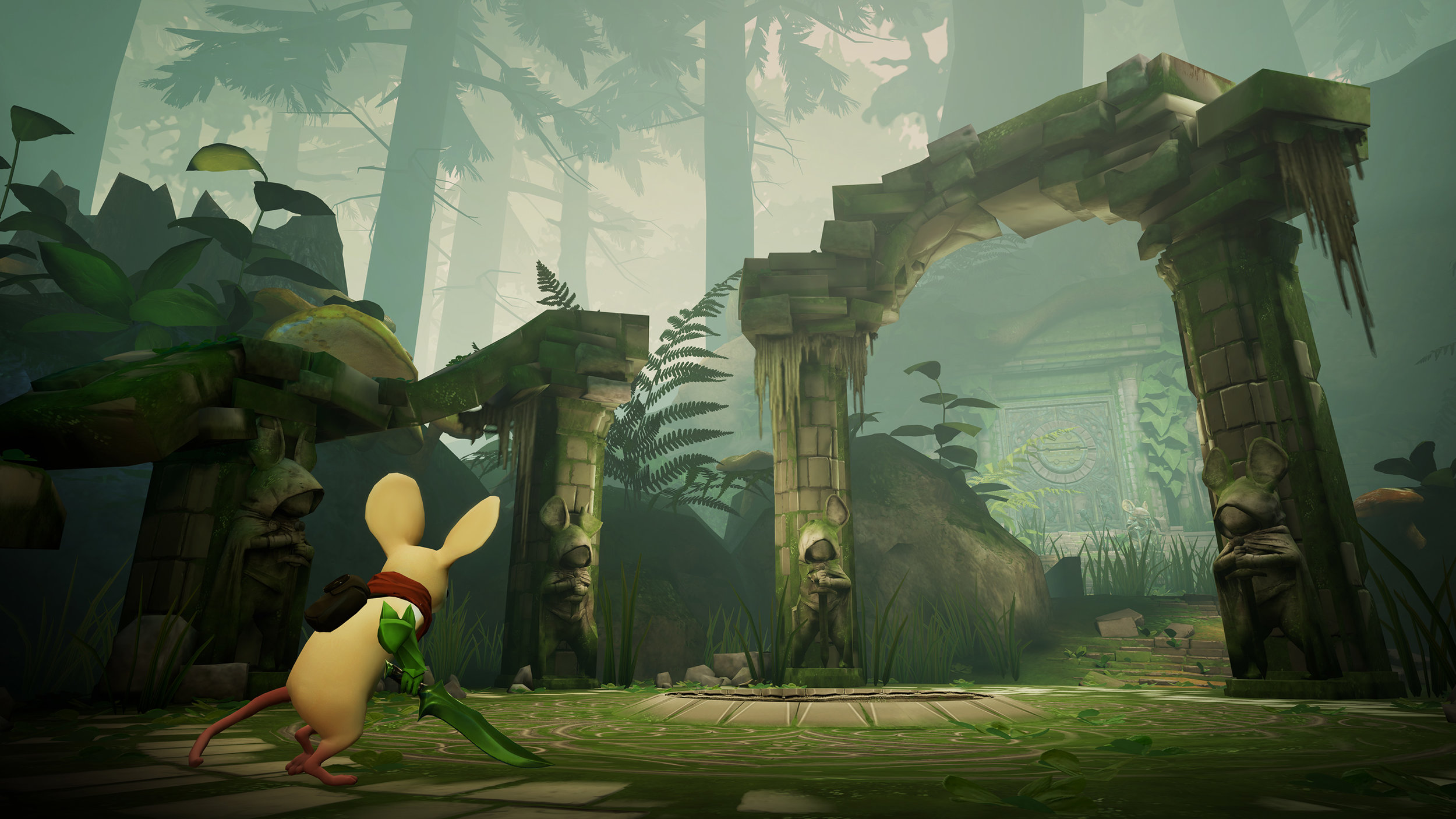 A delightful and gorgeous fairy tale for the modern era, I was transported instantly back to my childhood when I was obsessed by the Redwall series by Brian Jacques. Sitting on top of a solid story is the most innovative, thoughtful use of controls in virtual reality I’ve yet experienced, and as a first effort from developer Polyarc it’s a remarkable effort that doesn’t just tease, but fulfils the promise of VR gaming. 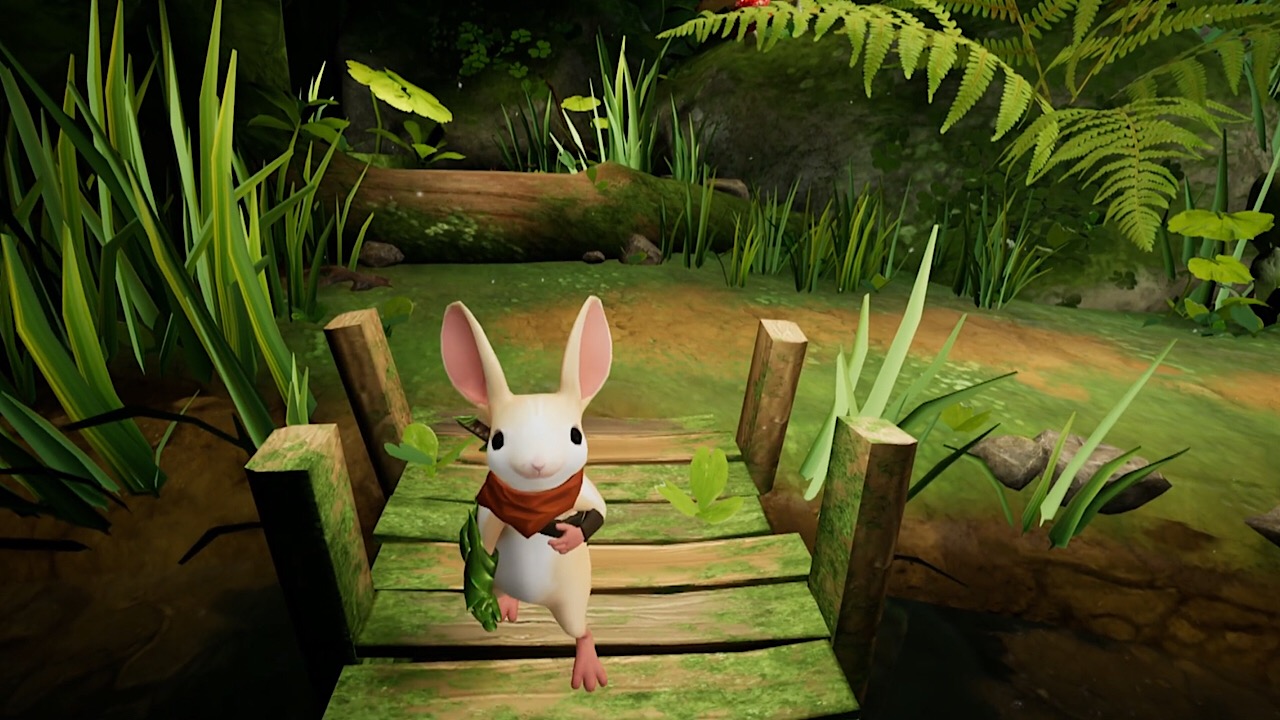 The story is a classic fairytale adventure. Quill, a little mouse finds a mysterious gem at the base of a tree and sets off a grand narrative, a tale that we only get a small taste of here. Off to save her elderly uncle, Quill must leave the safety of the clearing, discover and confront the true dangers of the greater world.

Rather than just an aesthetic choice, Moss leans into Quill’s mouseiness. Getting a real sense of scale of game objects and environments is one of the key benefits of playing in VR, and Moss features incredible use of scale. Everything feels like it was made for and by a real civilisation of mice, and to us comparatively huge players, everything seems like little, adorable dioramas. Quill and you, the “Reader” get to actively participate in passing through and solving the puzzles of each scene / diorama. 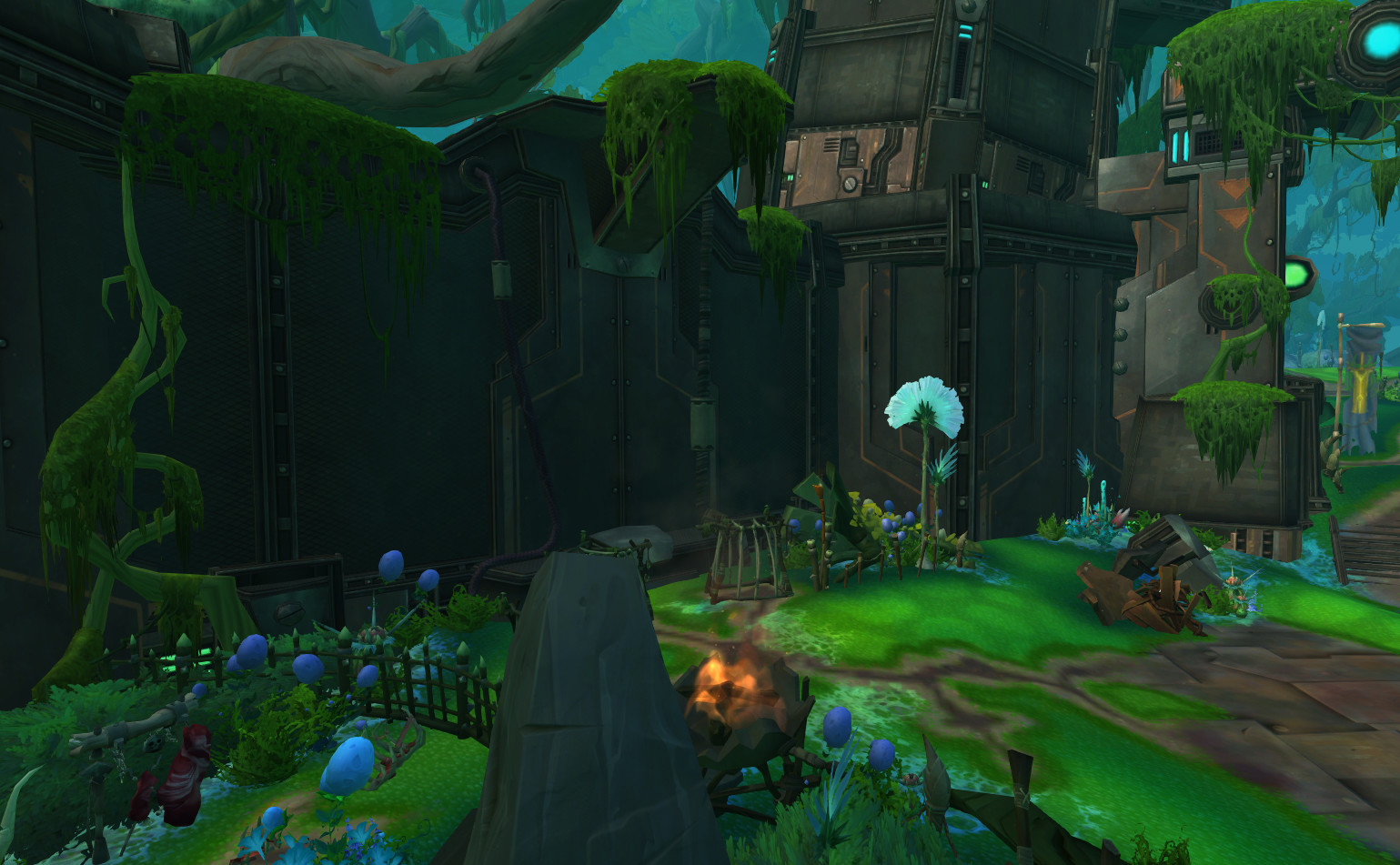 While Moss does feature combat, it is much more a puzzle platformer than action game.

And you are a real character in the game, helping Quill get through by pulling objects into the right position, igniting fires in lamps, while also healing her if she gets damaged. It’s a really clever system that makes great use of the Sixaxis motion control functions of the Dualshock 4. It never feels gimmicky and I was always excited to see how I could help my little mouse friend. There’s also a small number of collectibles hidden around the game world designed to extend your platforming skills. Some collectibles will require you to move your head and body around to look behind pillars, doors and boxes to discover them, which never ceased to be delightful.

The clever uses of the Dualshock 4 go beyond gameplay too. You can use the controller to interact with Quill herself, even giving her high fives. Its intimate, and by the end of my time in this world I would have done anything to keep my new mouse-friend safe. 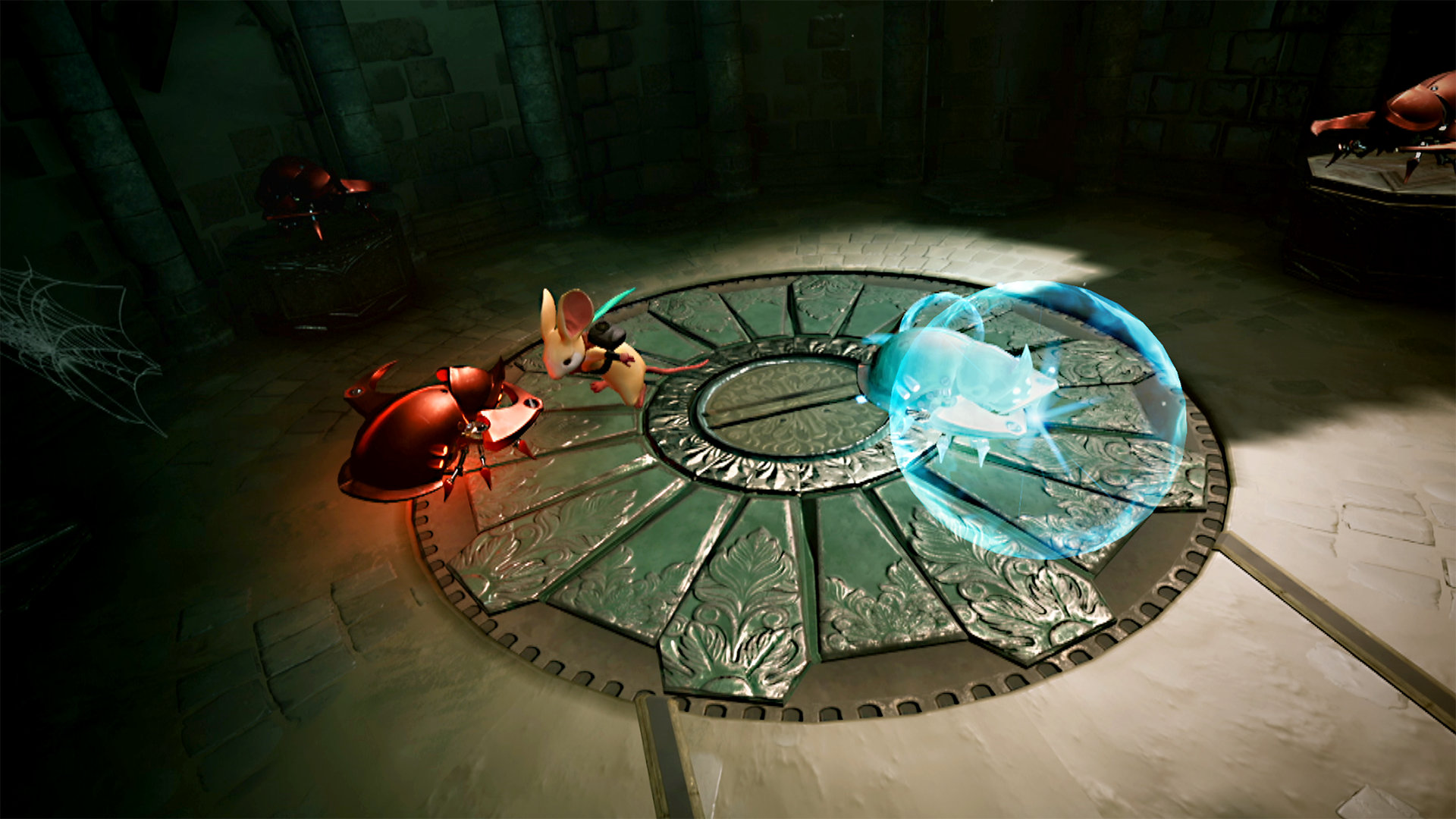 The game is beautiful, and ran very well on my PS4 Pro. Tracking was accurate and the game world was lovingly rendered. While developer Polyarc is new, it is a team of experienced developers, and here in Moss it shows. It’s a polished experience without the niggles of not only many VR games, but many games in general.

Moss is a must play for PSVR owners. It’s perhaps the best non-racing or flying VR title I’ve ever played, and it’s just a shame more people don’t own virtual reality headsets to experience this amazing game. And game is one of the key words. Moss isn’t a fancy tech demo, or limited “experience.” It’s a game that feels like a normal, buy-it-on-the-shelf video game.

My only real complaint is that there isn’t more Moss to play.

The game is relatively short, and is explicitly the first of at least two in a series. Now that the tech, story and characters are all developed, I hope to see either an expansion or sequel coming sooner rather than later. But a strong foundation has been laid for further adventures in this universe. 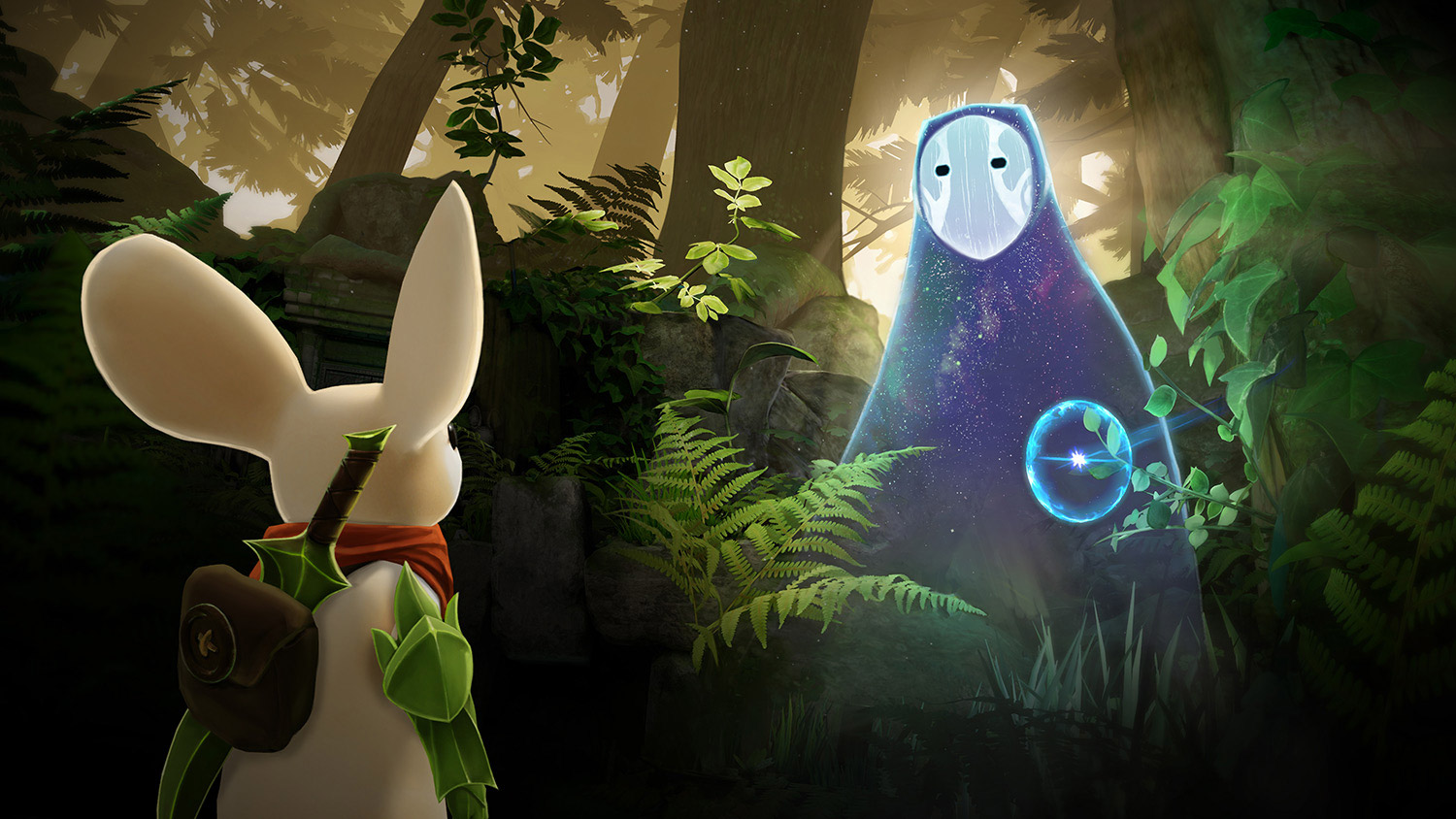 Is Moss a killer app for VR?

Well, I think the elusive grasping for one game that will suddenly make VR mainstream is like the search for the Great American Novel. In my opinion it won’t be one game, but a slow accumulation of many games that cover a large range of genres. Driveclub VR and GT Sport cover the racing genre, Starblood Arena covers the six-axis shooter, Farpoint covers FPS games, and now Moss is a solid candidate to cover the action genre.

Together, the case for VR is strong, and its future, seemingly, assured.