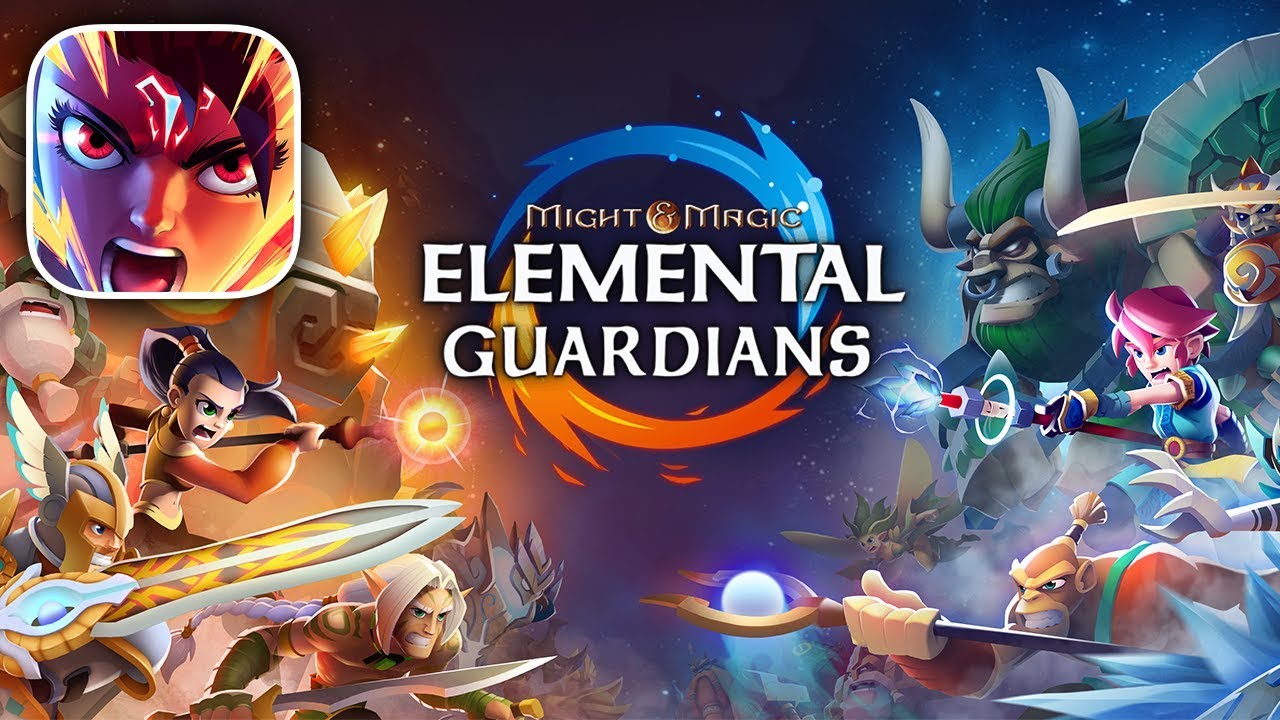 Mobile games, especially free to play ones, always make me apprehensive. How much game is there going to be and how much of it is going to be trying to convince me to spend money, and how much money is fair to spend, are always issues I struggle with. Might and Magic: Elemental Guardians falls on the better side of those issue, but it still pulls you a little.

Might and Magic: Elemental Guardians is a turn-based battle and monster collecting game. As weird as it may be to see as the describer of the game, as they are usually aspects of something else like an RPG, the game is boiled down to those two aspects.

Monster collecting is based around a loot box system, or better described as a loot gem system. Throughout the game you get a lot of gems to crack open, and each time you do so you get a creature to add to your collection for the upcoming fights. This is a clear point where you can spend a lot of money if you’re not careful, but the game does dole out gems to crack open regularly. This makes it feel less dirty, but you need to be careful to not get hooked. 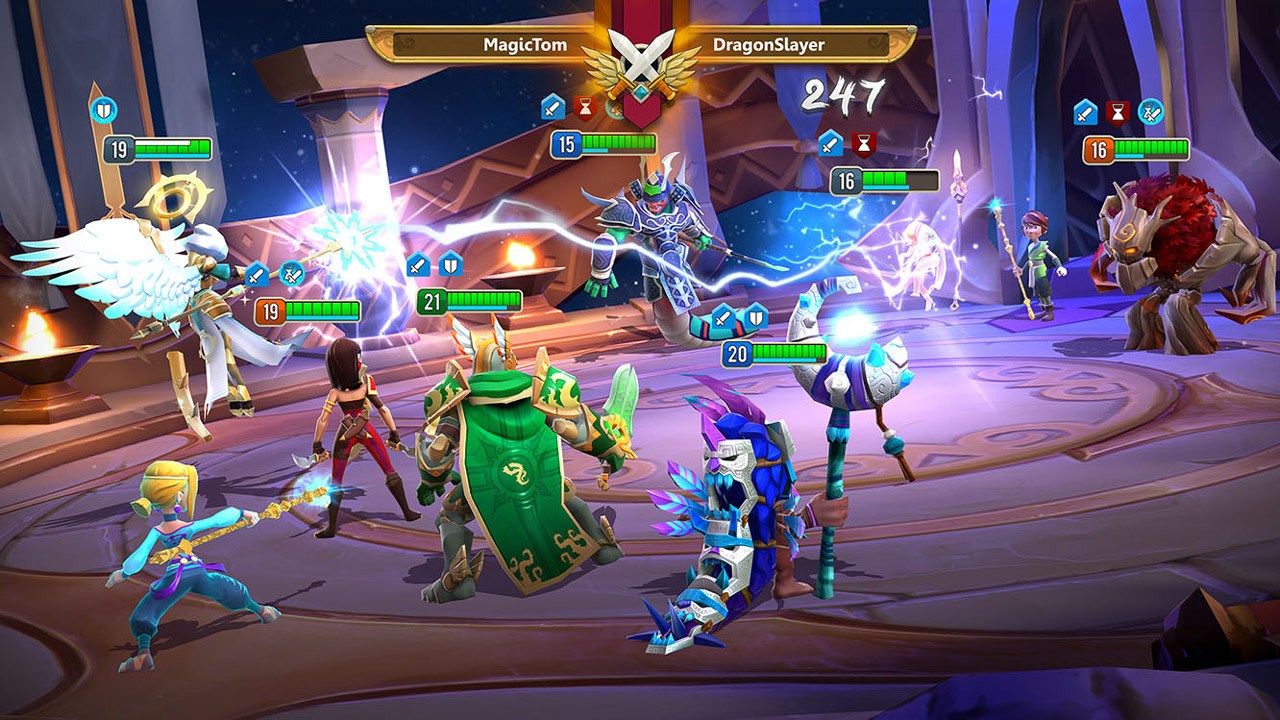 Monsters are ranked on a star scale, and when their hit their level cap you can rank them up to increase their leveling capacity. You are also able to strengthen your beasts using runes, which having varied stat boosts, such as increasing attack, defense, and accuracy. You level these runes up as well, using a system where you commit resources, and it decides if it does or doesn’t level it up randomly. This is one of those mobile systems that seems gross as you can burn resources for no gain, letting you spend some real money.

The other way to boost your beasts is with evolution, to make sure the monster collecting doesn’t feel too much like another pocket monster collecting game. Evolving gives more stat boosts, and makes your creatures look more impressive. Monsters vary from looking like witches, orcs, elemental wolf cubs and baby griffins, so evolving them is fun watching them become more impressive looking in your team. Evolving my little fire griffin was especially satisfying as it looked awesome in every stage of the transformation. 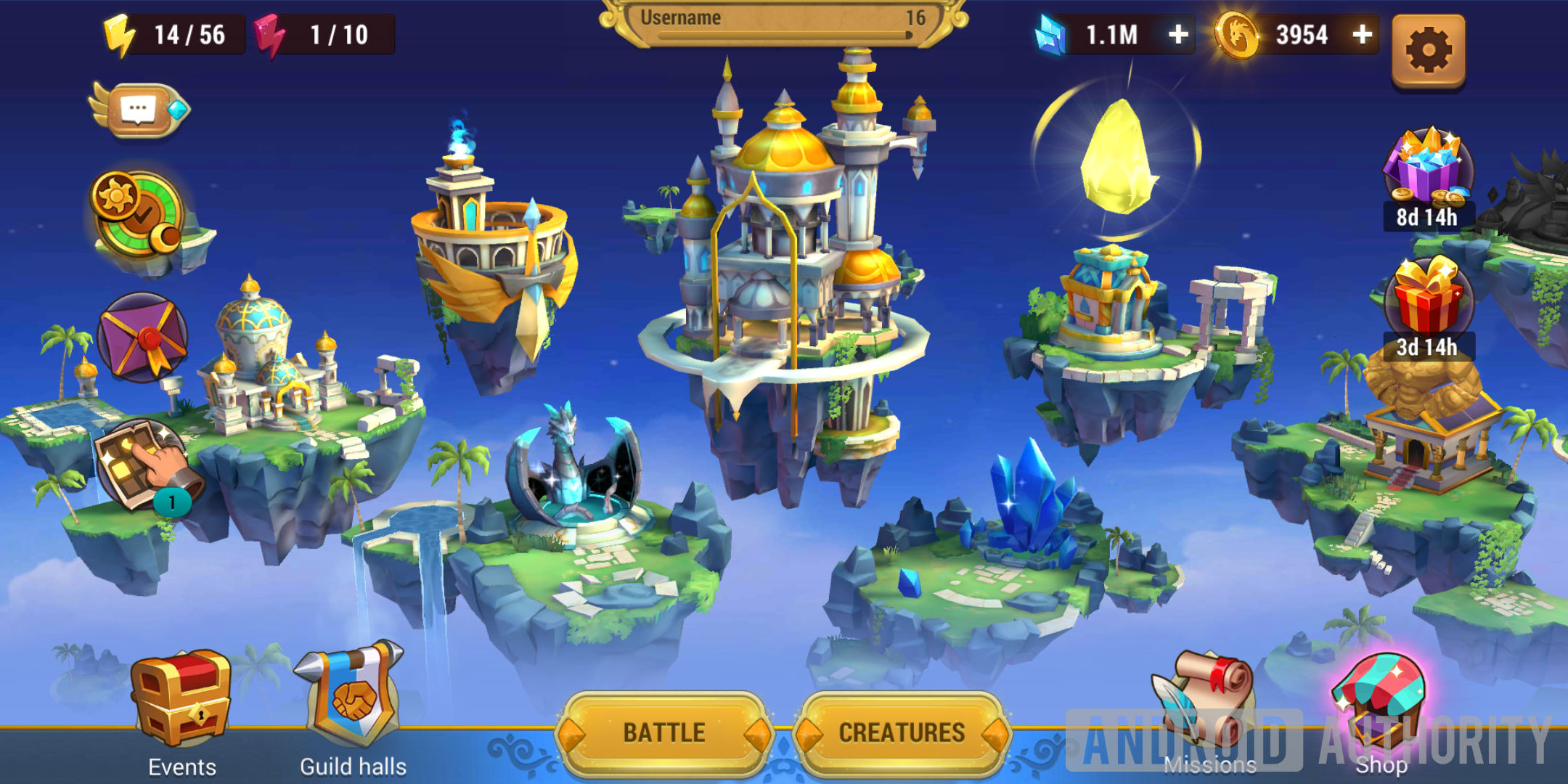 Leveling your beasts, their skills, runes, and evolving them involves a lot of resources. Resources are dropped regularly thanks to reasonably short battles, and a massive list of achievements that completion nets a lot said resources, and gems for monster hatching. Making sure you keep an eye on these is the best way to get the most from the game without spending a lot of coin.

I haven’t touched on the gameplay yet, because it’s not the most interesting thing. The game uses a rudimentary turn-based battle system, pitting your team against enemies, in waves. Your creatures each have some moves, and your character has a move that powers up throughout the fight. It’s a well-crafted simple turn-based battle system, but there not much more to it.

The story mode has you playing through a training scenario, which has huge leveling spikes. With minimal dialogue, and a lot of time between dialogue, it’s hard not to forget the story beats soon after you read them. This grinding throughout the modes is consistent, though you can use auto battle to complete repetitive battles while you watch something else. 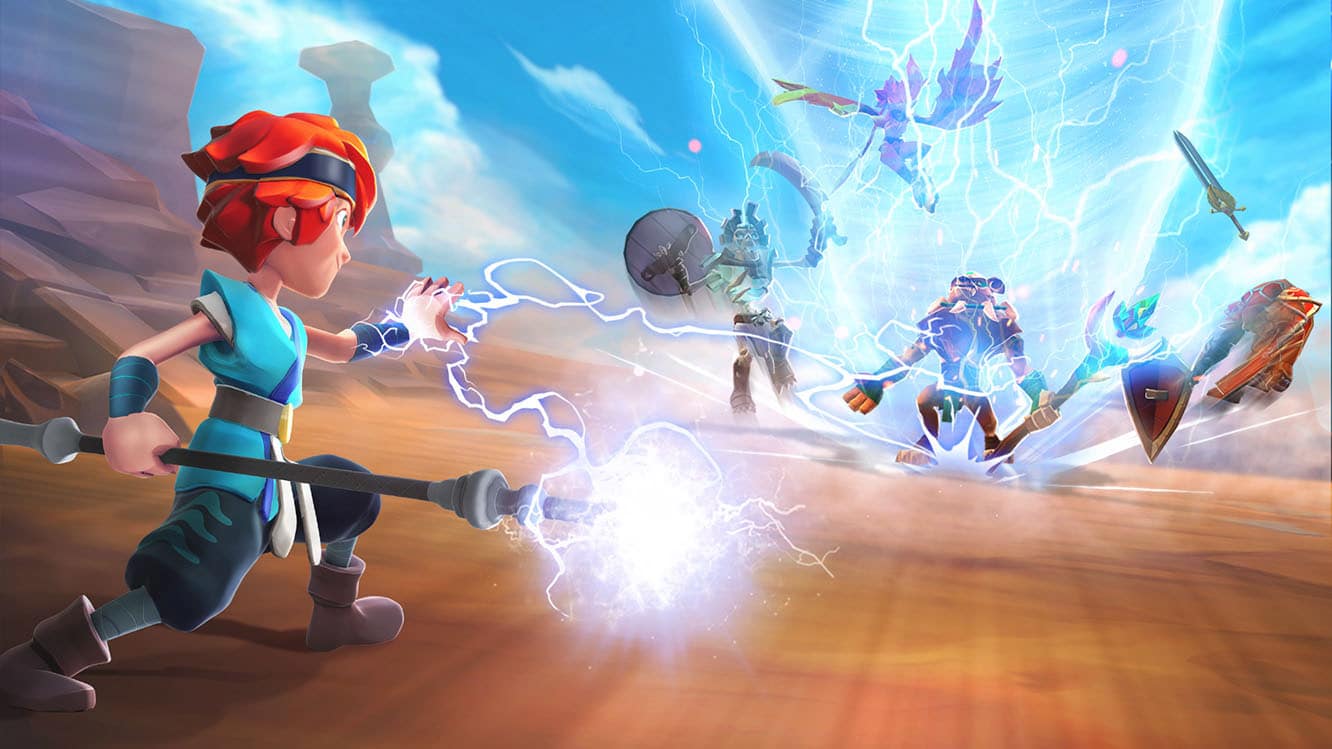 Online is a bit more fun, which has you set up a defensive team. When you’re not watching, your defensive team has fights with opponents, and you can fight other people’s defensive teams when you’re feeling energetic. Wins net you a specific currency to spend, but it takes an age to afford anything.

Might and Magic: Elemental Guardians is a gorgeous game, that works well, and rewards you often. It’s grindy, which is clearly geared to spending money for time saving, but if you play it casually, you wouldn’t have to drop much coin to enjoy the game. T

he monster collecting, and evolving is fun, but takes so much time to complete. All-in-all it’s free to play enough that you can have a satisfying time, but it will put opportunities to spend money in front of you a lot.