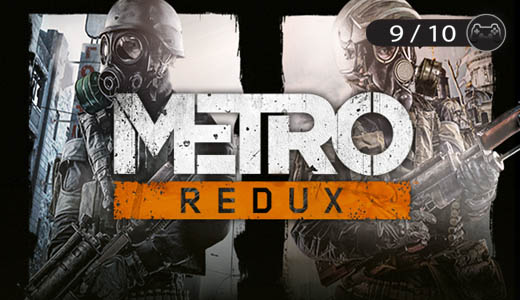 Metro Redux follows the lead of The Last of Us Remastered in offering up a classic last-gen experience polished up for the new-gen. This package goes one further than Naughty Dog’s PS4 exclusive by including two games.

Featuring a remastered version of the four year old Metro 2033 and last year’s sequel Metro: Last Light. Metro Redux is also available on Xbox One and PC as well.

Developed by Ukranian-based A4 Games, the Metro franchise was picked up by Deep Silver in former publisher THQ’s post-bankruptcy fire sale. Both games were critically acclaimed on release. 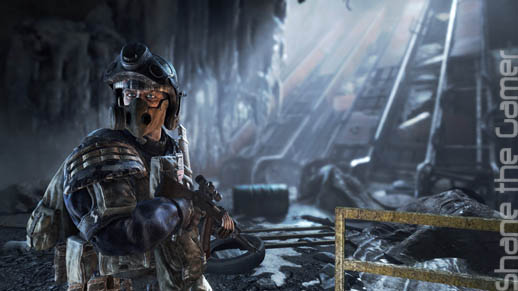 The first game, Metro 2033 is based on the book of the same name by Dmitry Glukhovsky. Like the sequel, it is set in a bleak post-apocalyptic Moscow, where the humans have retreated underground, creating settlements in the city’s old metro system.

Players take the role of Artyom a young man born before the bombs fell. He lives in VDNKh, one of the Moscow metro stations. Whilst sheltered from the poisonous air in the ruins above, the remnants of society huddled in the tunnels are now being attacked by a race of beings called the Dark Ones. 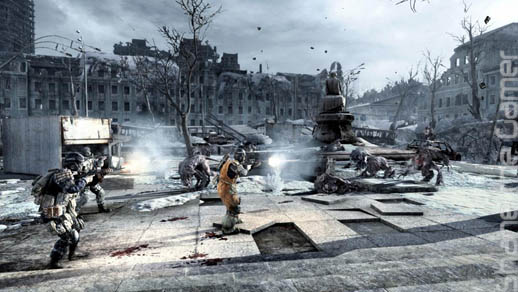 These strange creatures can confuse the minds of men, but not Artyom. Throughout the game the Dark Ones communicate with Artyom via surreal visions.

Artyom is tasked to go to neighbouring city, Polis, for help. His journey takes him across the Moscow ruins, where he must fight off monsters, and into long abandoned haunted train tunnels. He will also have a run in with some of the more unsavoury denizens of the underground society. As you’d expect, the depravity of the human race manages to outdo any mutant threat. 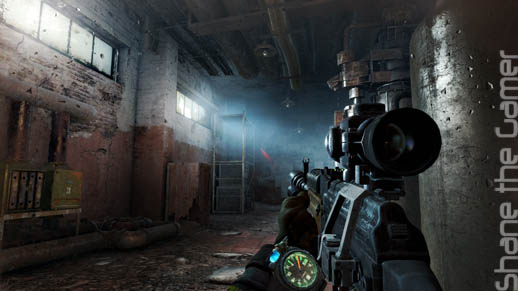 This is survival horror at its most depressing. With high fidelity visuals the human suffering is vividly portrayed with sometimes graphic realism. Walking around the squalid living conditions, listening to conversations and seeing dirt encrusted children playing with junk is very sobering.

Above ground, the nuclear-ravaged ruins of the city are now home to a collection mutated creatures. Any human daring to travel to the surface must don a gas mask, else they succumb to the poisonous air. 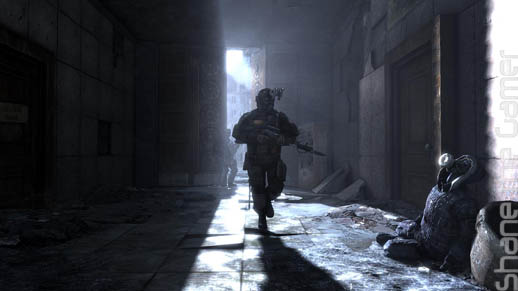 Metro: Last Light continues Arytom’s story, but is a departure from the second Metro novel. It picks up one year after the events at the end of Metro 2033. There are two possible endings to the previous game, only one of which is actually canonical. The sequel follows the canonical version.

This time the conflict is more about the various human factions and their battle for supremacy in the Moscow Metro. Whilst you meet them in the first game, tensions between the brutal Metro factions, the Soviets and the Reich are now on the war footing. Opposite ideals both wishing to annihilate anyone that sees the world differently. And caught right in the middle is Artyom. 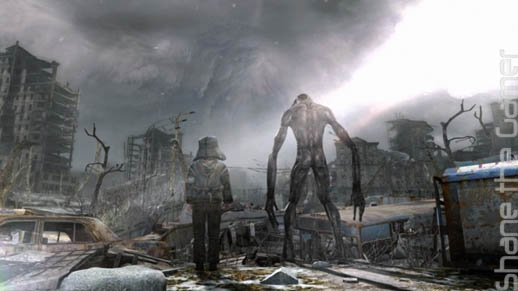 The story follows Artyom and his unlikely companion in a small Dark One child as he seeks to save his people from the aggressive factions that want to destroy them, and a virus that threatens human existence. All the while he seeks to understand the mysterious connection that he has with the mutant Dark Ones.

I don’t really want to go into any more detail regarding the games’ plot, suffice to say that they are intriguing and quite poignant at times. As bleak as it is, Artyom’s story is one that you will find hard to put down and in a richly detailed and living world. 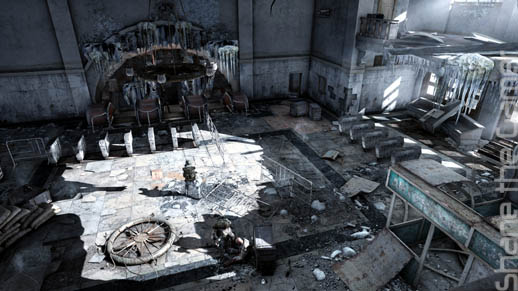 Even now the PC version of 2010’s Metro 2033 graphically holds its own against recent PC releases. 2013’s Metro: Last Light on PC is still visually astounding. This is probably due to the fact than PC gamers need monster machines to play them.

On the Xbox 360 and PS3 neither Metro 2033 nor Metro: Last Light were ugly to look at, but it was clear to me that the Xbox 360 was struggling with Last Light compared to the PC.

With Metro Redux we can now experience uncompromised PC quality visuals on console systems that don’t require us to re-mortgage the house. But it’s not just a case of the games now simply having a higher resolution. 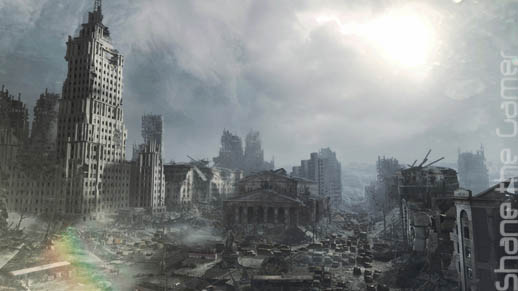 For Metro 2033 the A4 Games have upgraded the creature designs and the user interface to match the more refined versions found in Metro: Last Light. This means that you can now jump between games without having to cope with a different control system. They also added the ability to wipe your dirty gas mask to Metro 2033 from the second game.

Last Light is still a more refined experience. Whilst visually it is only mildly better than its remastered predecessor, it’s just the better of the two games. They are both, however, especially in their new Redux format very, very similar. 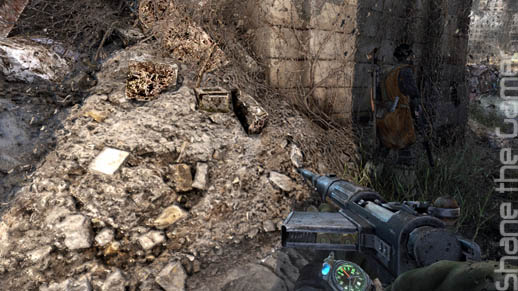 But Redux or not, the games retain some of that flawed genius present in the originals. The quality is inconsistency.

One moment I found myself in awe watching shadows dance on highly-detailed environments and the other baulking as I walked straight through an NPC, getting a view of his eyeballs from within his head. In Metro 2033 I also managed to get stuck in the scenery and, on another occasion, had to start a chapter again when an AI trigger didn’t happen, leaving me unable to exit. 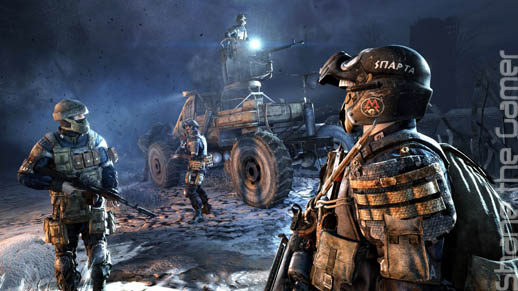 Metro 2033 is a four year old game and this is their second go at it. You’d think that they would have tightened up the QA a bit. And I’m not alone, a number of other gamers are reporting issues across all the platforms.

The Metro games are notoriously tough. For the Redux both games can be played in the original survival mode of the original Metro: 2033 or Spartan mode for a more action-orientated experience with more forgiving stealth and combat. Both also have four difficulty modes, Normal, Hardcore and the two Ranger difficulty settings originally added to Last Light as DLC, now included with both games. 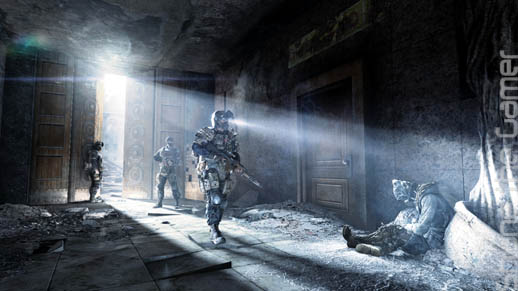 The games are primarily first-person shooters, but with a survival-horror element that encourages scavenging for supplies and the conservation of ammo.

Supplies can also be purchased from vendor in the various settlements en-route. The currency is military ammunition rounds, which can also be used in weapons in an emergency. There are a range of weapons from pistols to sniper rifles, all of which can be upgraded. You can also purchase ammo, medikits and gas mask filters. 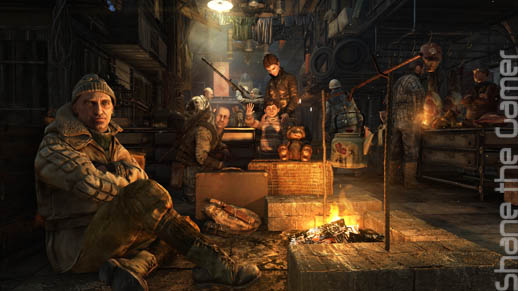 In both games I found that engaging in contact with humans a lot more fun than shooting mutants.

There was a lot more though involved in taking out humans, be it full on assault of using stealth from the shadows, compared with just firing at a horde of advancing creatures until your ammo ran out

The overall scarcity of supplies promotes stealth in a very natural way, especially when up against human opponents. The subterranean environments in both games are designed with lights that can be switched off or shot out. 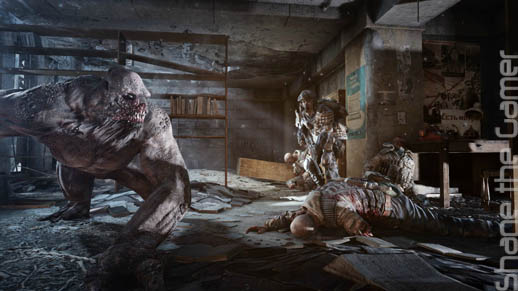 For Last Light the whole stealth element has been ramped up from the already very satisfying experience in 2033, and refined to bring us some of the most superb stealth-action I’ve played.

It’s extremely logical, requiring more skill than luck, but without that dull test of patience that seems to be the norm for other stealth games. Throughout the game you are confronted with environments patrolled by an overwhelming amount of guards.

Using the shadows, you can negotiate you way between the enemies, carefully picking them off one-by-one. If they spot you the silence is punctured by an all-out firefight that’ll have you flanked and probably out-gunned. With limited ammo this is a situation to be avoided. 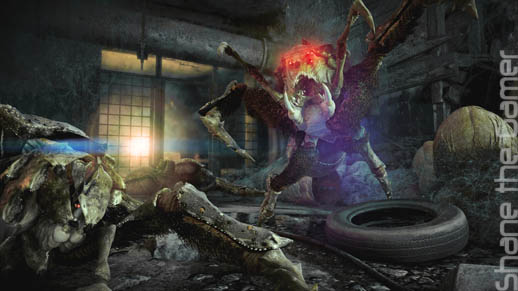 Despite having been reworked slightly, the Redux versions still feature a gameplay mechanic which polarises fans: the use of gas masks when exploring above ground. The masks use consumable filters which must be replaced regularly. This means keeping an eye out for bodies to scavenge for extra filters. If you don’t you are going to run out of filters and die.

Having a limited amount of gas mask filters can be frustrating, as some parts of the game are not very intuitive, requiring a certain event to trigger when you move to a certain place. If you don’t act as the programmers intended you may find yourself hopelessly running around as your filter stock reduces. Thankfully this is a rare occurrence and as long as you keep an eye out, you should find yourself with more than enough filters. 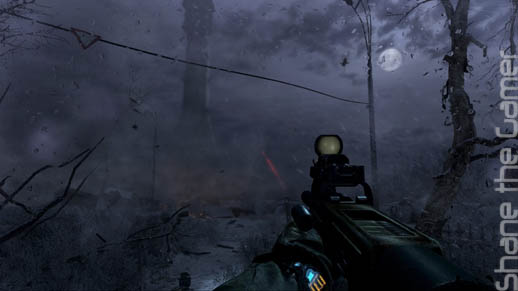 Metro Redux is a fantastic package, especially if you’ve never played the games before. Metro: Last Light is still a more refined and better game but the improvements to the visuals and presentation in Metro 2033 mean that the transition from one game to the other is virtually seamless.

They are depressing games, void of any humour. But they pull it off.

The seriousness is never corny, the games have a story to tell and they tell it well. The amalgam of first-person shooter, stealth and survival horror works very well. 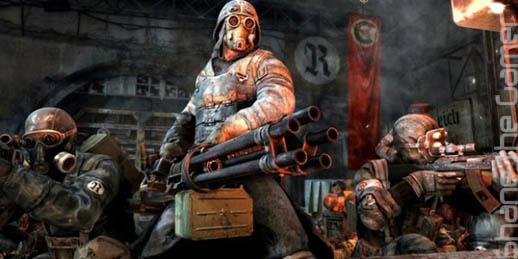 The odd bug is annoying, but overall the entire experience is so riveting minor issues are easily forgotten.

To have two games of such high caliber in one package makes Metro Redux pretty much an essential purchase. If you like your first-person shooters to have a little more bite you need to get your hands on this now.