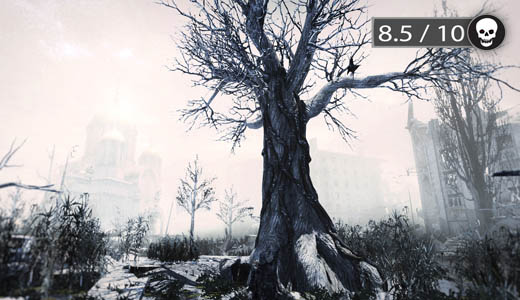 Metro: Last Light begins by throwing you into the midst of a post apocalyptic Russia where humans have gone underground in an effort to survive. The surface is now an uninhabitable radioactive wasteland filled with terrifying monsters.

The Metro, where humans now live, is controlled by three main factions all vying for control.

You play Artyom, the protagonist in Metro 2033, on a mission to eradicate the last of a mysterious race known as the Dark Ones. You travel between cities and enemy encampments as you unravel secrets and delve deeper into the supernatural. The game takes place a year after the events of Metro 2033; if you are new to the series, don’t fret, you will be filled in as you progress. 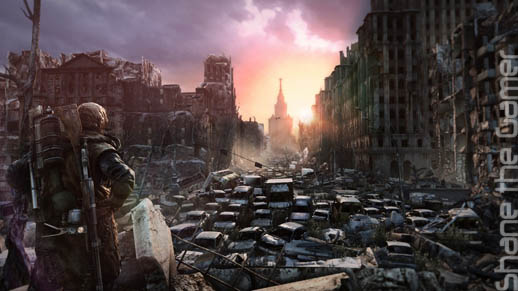 The gameplay in Metro: Last Light pressed all the right buttons for me. It skilfully combined stealth and survival to create a refreshing first person shooter. There is also a degree of freedom present in how you approach the levels, whether it be the wide expanses of the polluted surface or the dreary corridors of the underground metro. To further mix things up you will find yourself taking down two different types of enemies, humans and mutant monsters.

When up against humans you have a few options; stealthily take down enemies, try to sneak past or go for an all out assault. I greatly preferred the stealth option which I found to be very well implemented. I saw each section as a puzzle that I had to find a way to solve by using a mix of silencers and melee stealth attacks. Clearing out each section without being seen continuously brought me a sense of achievement and satisfaction. 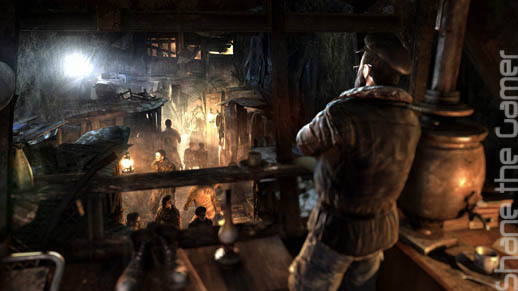 The most terrifying and enjoyable moments in the game however occur during the battles with the mutant monstrosities. Things can often get chaotic as you often find yourself being ambushed in a foggy swamp or eerie catacomb. There is a good variation of beasts; some well armoured, some flying, some creeping and some light sensitive, some travel alone, while others travel in packs. Regardless, they get your heart beating ten times faster, especially when you are low on shotgun shells. It doesn’t help that you have a limited supply of air filters to clean the toxic air around you, meaning the longer you’re in battle the less time you have to make it to safety.

You will use different weapons depending on the type of enemy you are up against. The weapon types available in Metro: Last Light are somewhat standard and includes pistols, sniper rifles, shotguns and assault rifles. You can carry three primary weapons at a time which allows for some versatility in your loadout. 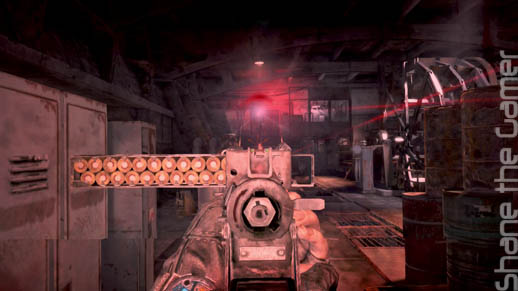 You may change guns by looting bodies or purchasing them at the infrequently located stores. Also at these stores you can personalize the weapons you choose to best suit your gaming style. With so many different situations it’s good to choose your load out wisely.

A major problem I had with this game is that there is the lack of an in-game number or rating system for weapons. This means to figure out whether it is better than your current one you have to find someone to shoot, which is very inconvenient when you are at a store in the middle of a town. I understand this may make it seem more realistic but honestly, it’s a video game, give me some damn numbers. 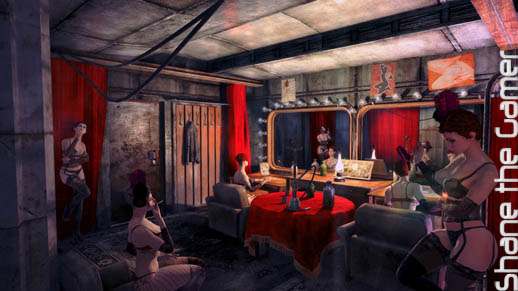 Another issue I had was trying to access your equipment. Metro: Last Light provides you with a wide range of gear including a flashlight, lighter, gas mask, some air filters, a universal charger, night vision goggles and medkits. If you wish to access your gear or change your secondary weapon, you are required to bring up one of two slow-time submenus. This became somewhat inconvenient in battle and tedious out of battle.

The game also projects environmental effects onto your screen. Sometimes this may seem gimmicky however seeing blood splatter across the screen as your shotgun shreds through a leaping wolverine-esque creature is actually pretty cool. Also walking through a tremendous storm with water smeared across your screen and making your way through swamplands with mud splattering across definitely helps immerse you in the game. 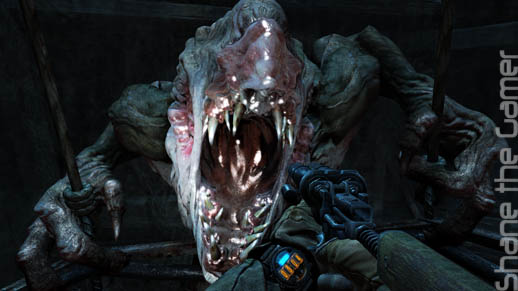 The story in Metro: Last Light was very deep and interesting; it evoked emotion in me, making me care about the characters in the game and feel how my character would feel. I always felt compelled to keep playing to see what happens. The unique science fiction elements in the game helped prevent the story from becoming stale or generic.

In terms of lasting appeal, the game is reasonably long. There are also diary notes hidden throughout each level for you to find. I use the word hidden loosely as you will easily come across many of them without too much effort. These diary notes add to the story which is an excellent reward that will keep you looking. Once finished however there is little reason to go back and play except to find the diary notes. 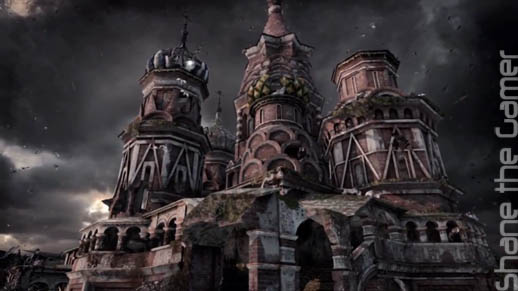 There is no gimmicky tacked on multiplayer which I find both commendable and disappointing. Commendable because many games seem to include a multiplayer for the sake of it, I would much rather that time went into the single player; disappointing because I really wanted a reason to keep playing.

The audio was one of the best features of the game. Both the sound effects and the music made already blood curdling situations all the more terrifying. Hearing the loud roar of a monster in the distance sent my heart racing every time. The music wonderfully complemented and enhanced the mood in each situation. 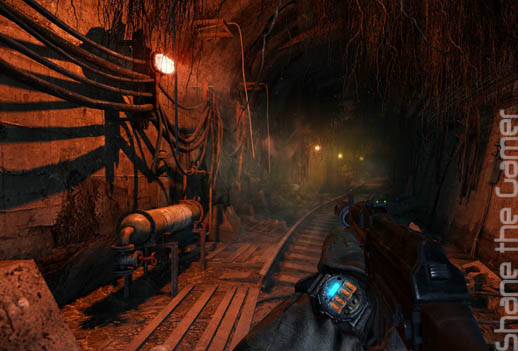 The game visually looked great with a very dark and gloomy yet somehow still very captivating setting. The finer details didn’t really hold up on close inspection but it generally wasn’t really that noticeable. To me the fog was the aspect that got on my nerve the most. Walking past the fog and turning slightly will cause all the fog to turn with you.

This made what should have been a dark and scary-looking room more of an uncomfortable, keep walking and try to not to let it bug you moment. Overall, though, visually the game was refreshing and enchanting. It’s hard to make such a desolate landscape charming but Metro: Last Light gave me the wasteland of an icy Russia with both personality and flare. 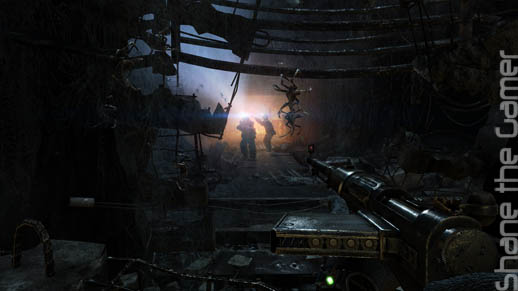 One problem I would like to give a quick mention to is the bugs. This went from falling through a level to walking through objects. Most of these were manageable however walking backwards through an object did take away from the mood. It is understandable and forgivable given how ambitious this game was however it definitely made the game feel unpolished.

There seem to be a few post-apocalyptic games around at the moment. Just as you begin to think that the FPS Survival / Horror would be starting to get old, however Metro: Last Light gives the genre a new feel and offers players a radioactive experience. It dabbles at survival horror, stirs up emotion, allows for a personalized gaming experience and while it leaves you tense, you are still left wanting more. 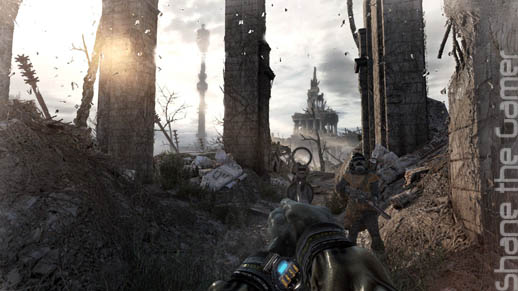 It somehow brings what is a dead world to life. For all its downfalls it still gives an enjoyable and heart pounding experience that you would hope for and in some ways, not expect.