Sony’s Playlink series of local multiplayer games for the PlayStation 4 have been an interesting move into a space usually dominated by Nintendo titles, and a recognition of the power of people physically, not virtually sitting together in a room together. They have also been a bit experimental, with each title making some interesting moves forward in ways that work, and some that don’t as much.

The latest entry is Melbits World, a lemmings style game that also reminded me of the excellent Death Squared by Australian developers SMG Studio. Melbits World features a deceptively simple premise, to move your melbits (little blobby creatures) from the entry pipe to the exit pipe. But it’s the obstacles between you and the pipe that makes the game interesting. There’s an easy comparison to lemmings when thinking about how Melbits World works, and it has strong similarities to Nintendo’s Captain Toad: Treasure Tracker in the diorama-style presentation of each Level as a self-contained puzzle box. But this would ignore the significant difference that having local, co-operative multiplayer brings to the table. 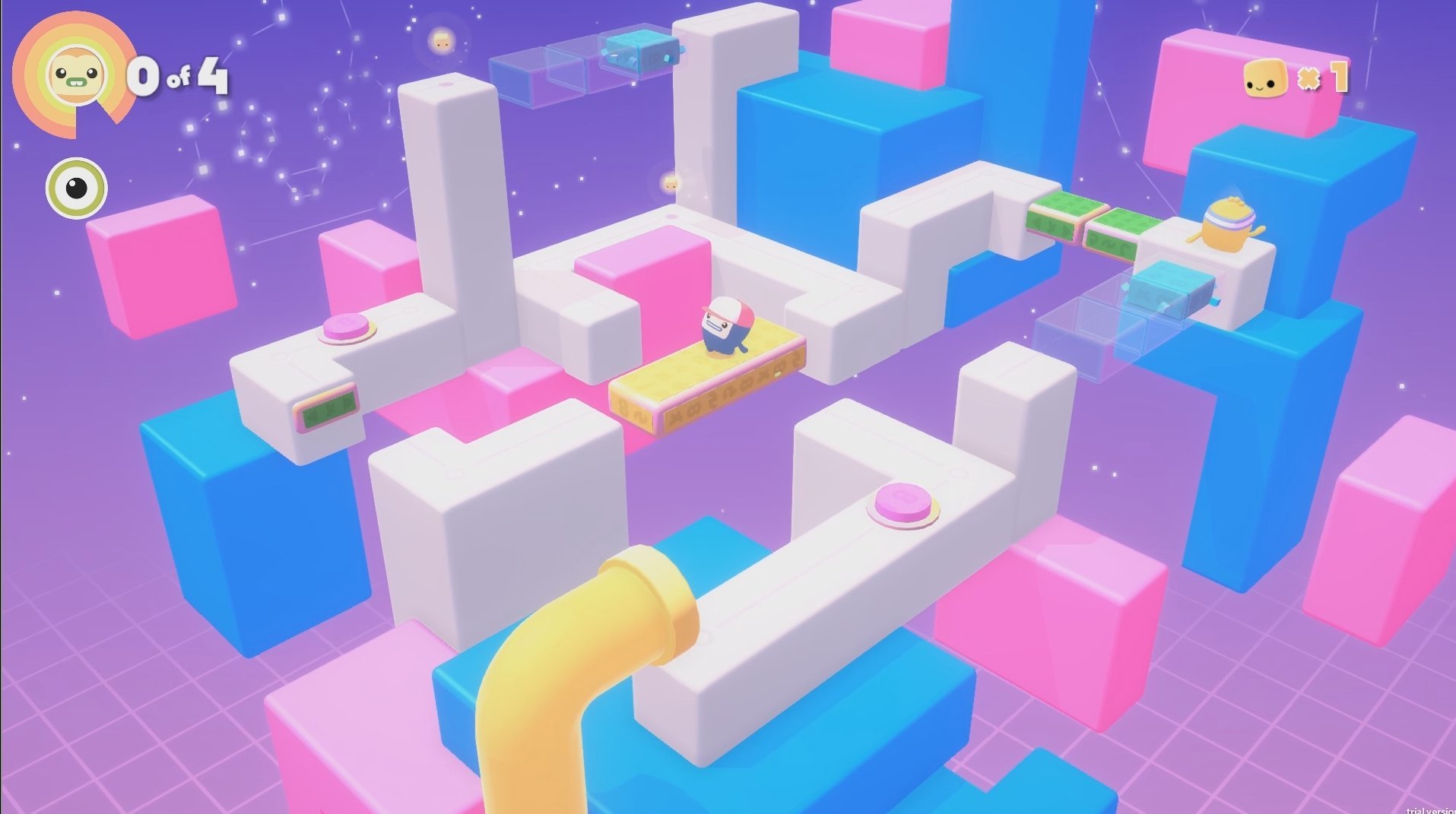 Like the Jackbox series of games, you play almost entirely on your phone. To get started you simply download a 200MB app to your iOS or Android phone and connect to the same network the PS4 is on. The phone acts as your controller, and is much more responsive than the setup that you would find in the Jackbox Party Pack games. Though asking your friends to go download an app is a much larger barrier to entry than simply typing in a website’s URL, a real app on your phone gives you a level of flexibility and control than a website could do.

You can play with up to four players. But the complexity in communication rises with the number of players, however with fewer players there’s more things for which each player is responsible. It’s an interesting tension, and things can get quite chaotic with four people each shouting out what to do at each obstacle. Playing Melbits World with multiple people requires you all to have good communication and the ability to understand just what your friend means by “left blue now!” and other such commands. 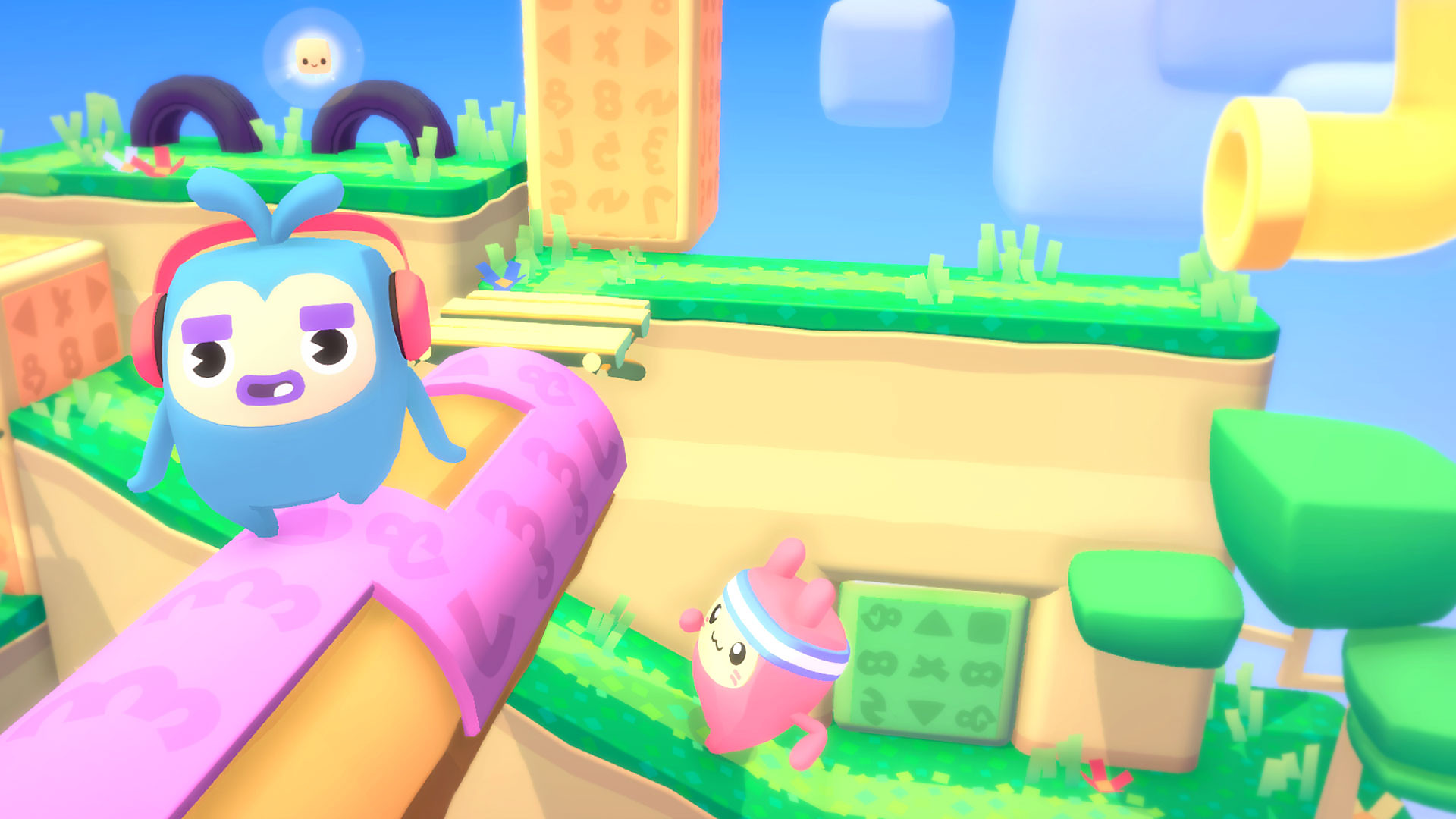 Those obstacles getting between you and the exit could be platforms that need moving, bridges that retract, directional pads that can be used to guide your melbits in multiple directions, bats, viruses, spring pads and more. You’ll have to very quickly make yourself familiar with each level, as once the Level starts melbits will start appearing at a regular interval, and if you can’t guide them smoothly through each stage of their journey to the exit, things quickly break down.

While you can “win” each Level by simply getting to the end, you can ramp up the challenge by seeking out bonus seeds and prizes that contain clothes and accessories to customise your melbits. The melbits themselves look relatively distinctive, and they and the levels they are in are full of cute pastel colours and soft, round shapes.

There are around 30 Levels in three main worlds, in addition to an arcade mode, which is more replayable. Nevertheless, in comparison to the other Playlink series of games, Melbits World is more of a play through it once type of experience. That said, seeing how different friends react to the challenge of each Level could be worth it to get a better glimpse at their puzzle-solving skills and personality. 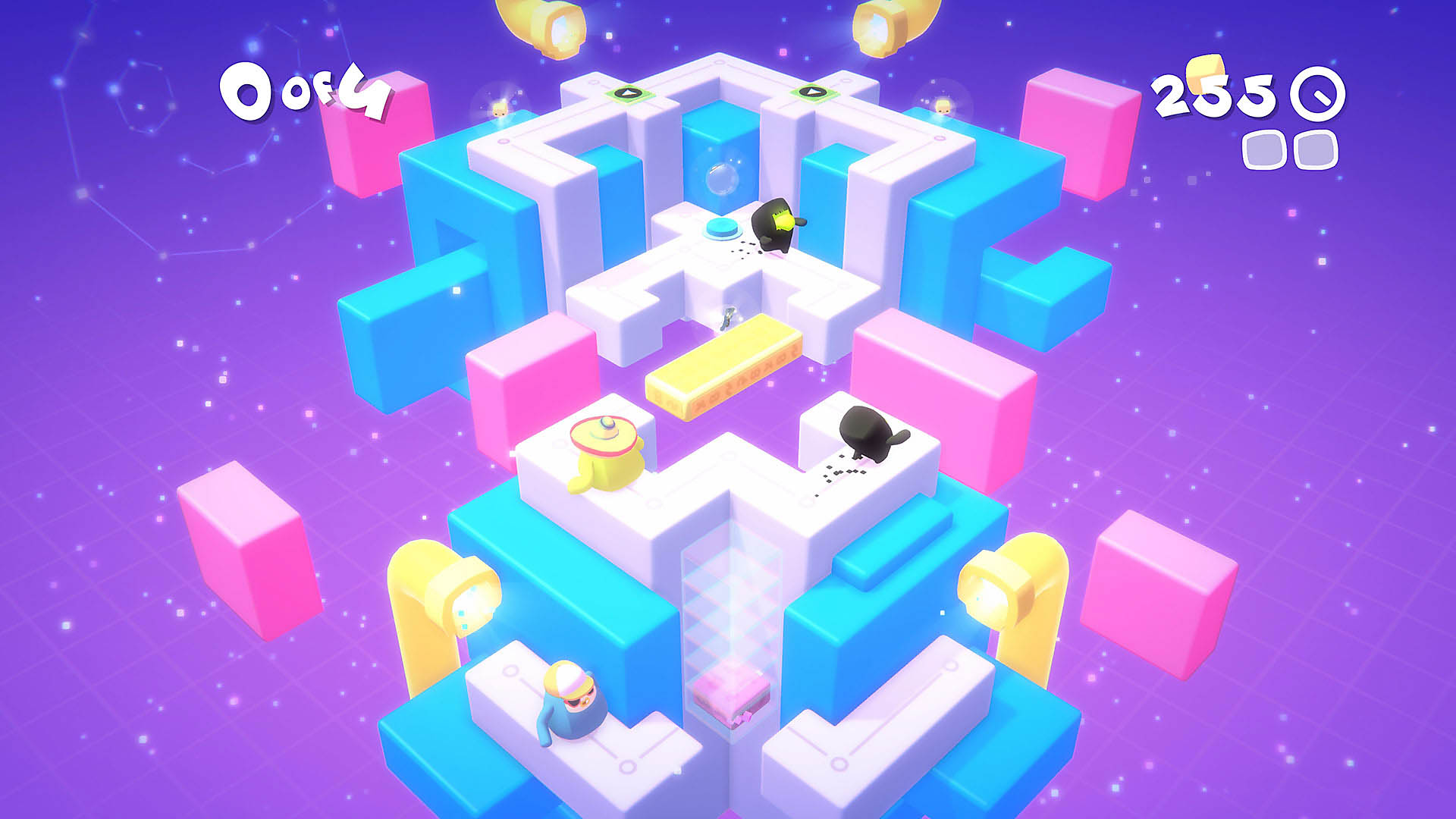 At times Melbits World can be frustrating with how quickly it asks you to understand and use new abilities and commands (e.g. using a spring asks you to hold down a slider on your phone and release it, where the commands aren’t obvious nor demonstrated), and level designs. That said, there is no penalty for messing up, so you can simply start again.

Perhaps best suited to shorter bursts of game time, Melbits World is a solid new entry into the series that could be a for good after-dinner downtime, or something to keep the kids occupied for a few Levels. While it does require a bit more gaming skill than other similar titles, it remains accessible enough for all to get into a bit of Melbits World.