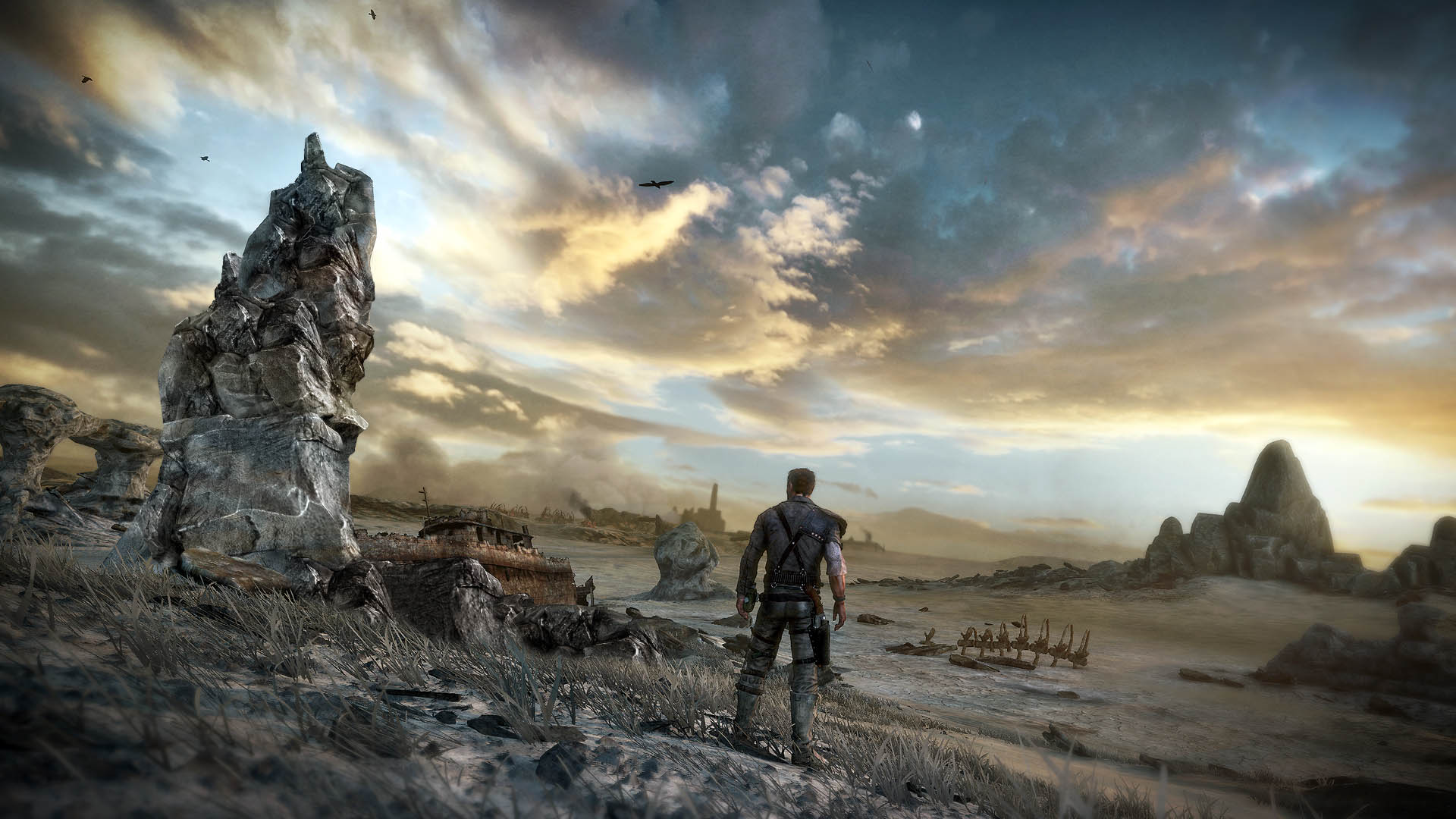 Bouncing off their 2014 success of adapting Lords of the Rings into a video game Warner Bros are at it yet again. This time they have decided to cross the Tasman and give the recently revived popular 70s & 80s hit movie series Mad Max a go.

Mad Max brings a refreshing zombie-free take on the post-apocalyptic genre. Set in the barren dessert remnants of Australia, civilization has all but fallen apart. The lands of which the game is set is plagued by the men of the evil warlord Scrotus and the very mysterious buzzard faction.

The story revolves around Max and the very peculiar hunched back Chumbucket who is both mad and a very good mechanic. Chumbucket believes it is his divine purpose to build the ultimate vehicle, the Magnum Opus. Having recently lost his prized vehicle, the Interceptor, Max decides to team up with Chumbucket to fulfill their mutually aligned goal. 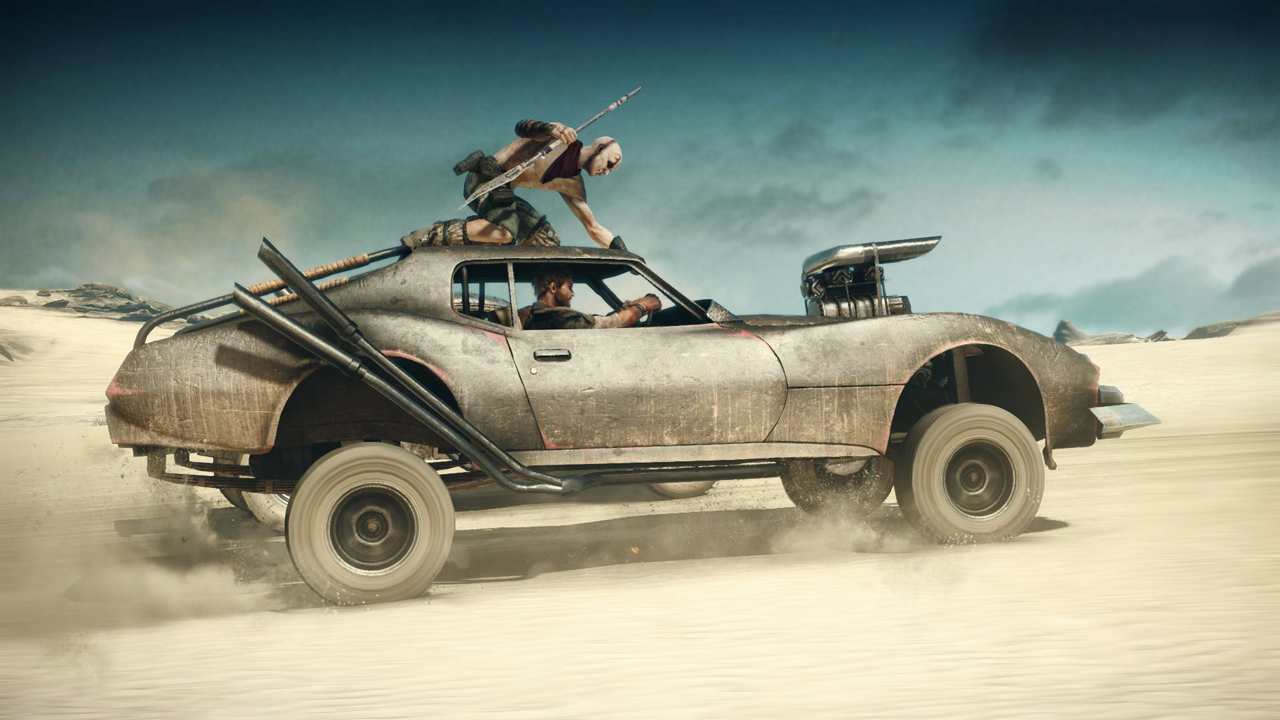 In order to gain the necessary parts to build the Magnum Opus you must journey across the world and gain the assistance of numerous other very odd characters. The combination of Max’s lone ranger badass attitude and Chumbucket’s madness provides much entertainment as the sizeable story unfolds.

While there is much lore in the universe, it isn’t developed too well on screen. In order to gain a proper understanding of both the characters and generally what is going on, you have to read through the Bios located in the start menu. While I usually avoid such things like the plague, the rich history provided to both the characters and locations are interesting and makes the story all the more engaging.

The gameplay feels like a mash up of Arkham combat with Far Cry open world elements. Despite doing many things right, the gameplay falls short in a couple of key areas. 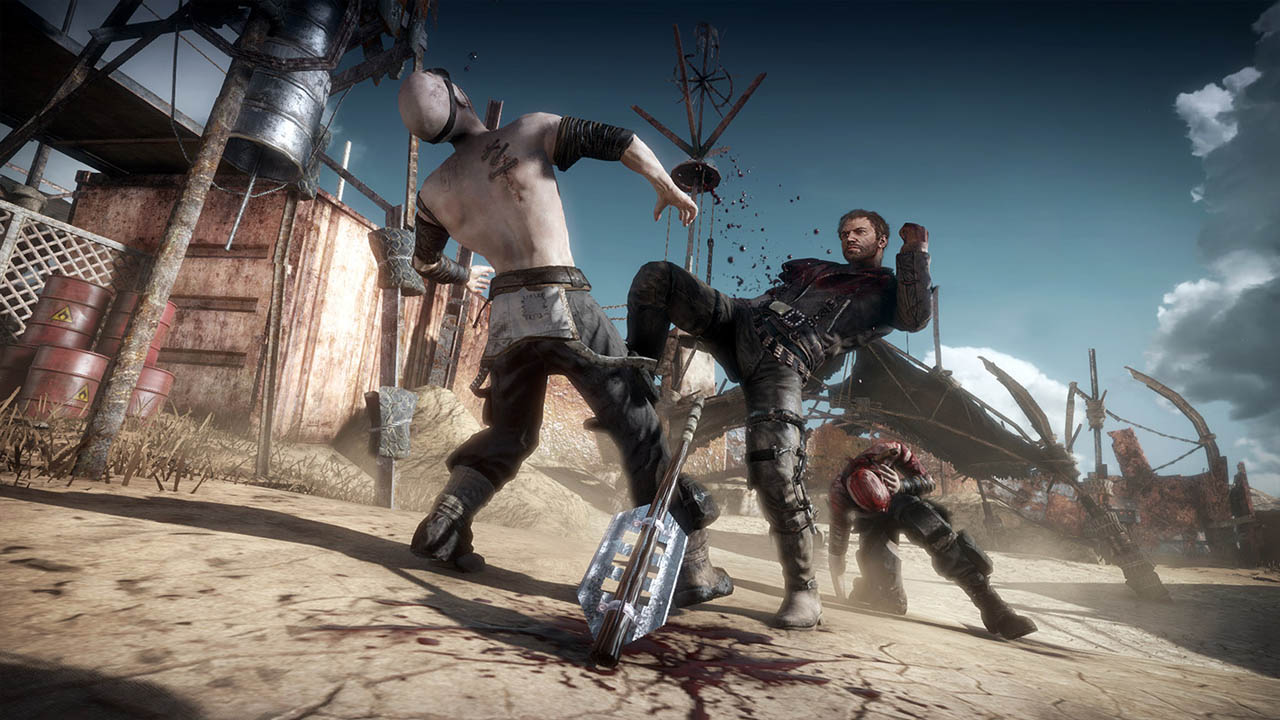 The very large open world is littered with things to do from taking down enemy camps to collecting scrap which serves as currency. Completing these all do feel meaningful by providing tangible benefits. They do get a bit repetitive at times due to how similarity of many of them and the sheer number available.

Optional side quests unlocked as you progress prove to be very engaging. The stories in each feel significant with ample reward offered for completing them. Each quest feels like it fleshes out the world a bit more, making it more absorbing.

Taking down enemy bases was one of my favorite past times. Breaking through their defences then slowly fighting your way through an entire base full of enemies provides much satisfaction. Finally destroying a base allows it to be populated by allies who provide a steady stream of scrap. 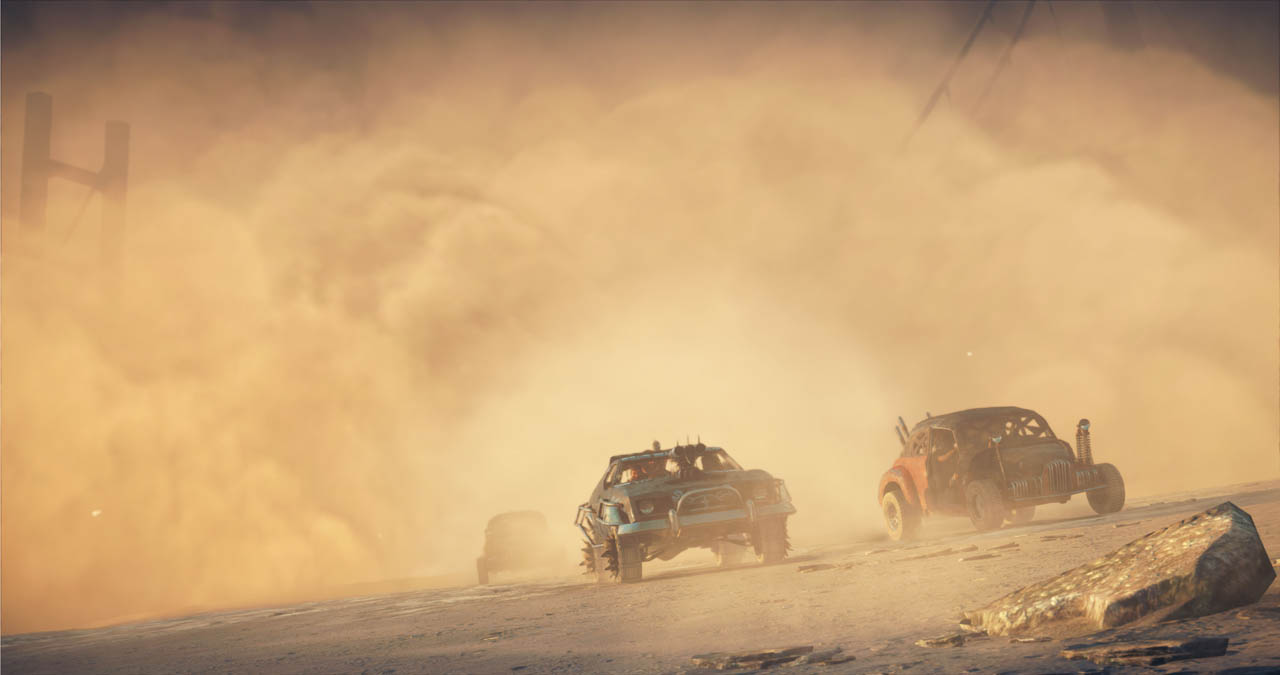 Located throughout the world are a few small towns built from the remains of old building. These towns are home to some potential business partners, the closest thing Max has to friends. It was here that one of my biggest addictions to the game stemmed from, improving the town. Scattered in old ruins around the map are specific parts required to build facilities at the various towns. Max isn’t the charitable kind of course so building these facilities come with some perks such as resupplying ammo, health, water, oil etc.

With resources in short supply, such perks are very beneficial. 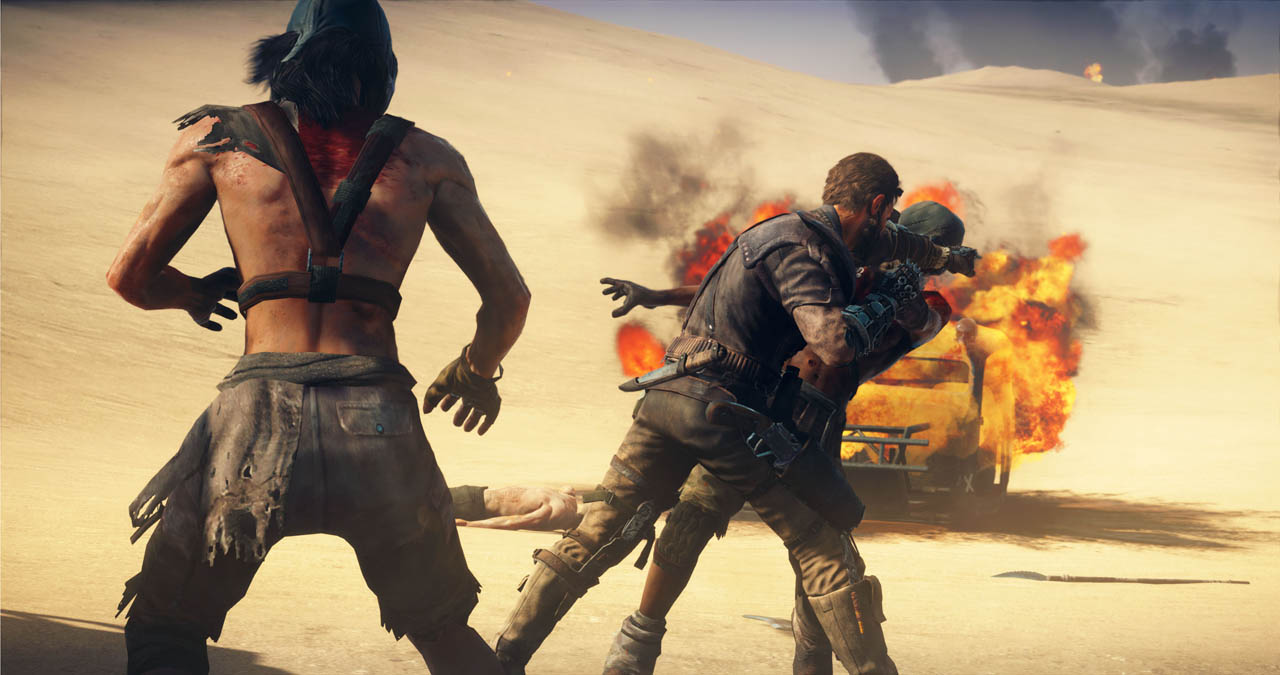 The combat is primarily hand to hand which feels very reminiscent of the Arkham series, minus the cool gadgets and Batman. By using a combination of punch, block and roll, you must slowly grind through large groups of enemies. Enemy attacks comes in two forms, those that can be blocked and those that must be rolled away from. This information is clearly marked above the opponents heads as they begin their attack leaving only your slow reaction time to blame each time they do hit.

If you feel like giving your fists a rest, there are also a large variety of weapons to pick up which last a few hits before breaking. The most entertaining and unique of which is the Thunderstick which acts as an explosive javelin. While you also carry around a shotgun, due to limited supply and capacity, it acts more of a quick way to thin numbers in case of emergency rather than a common tool to use. 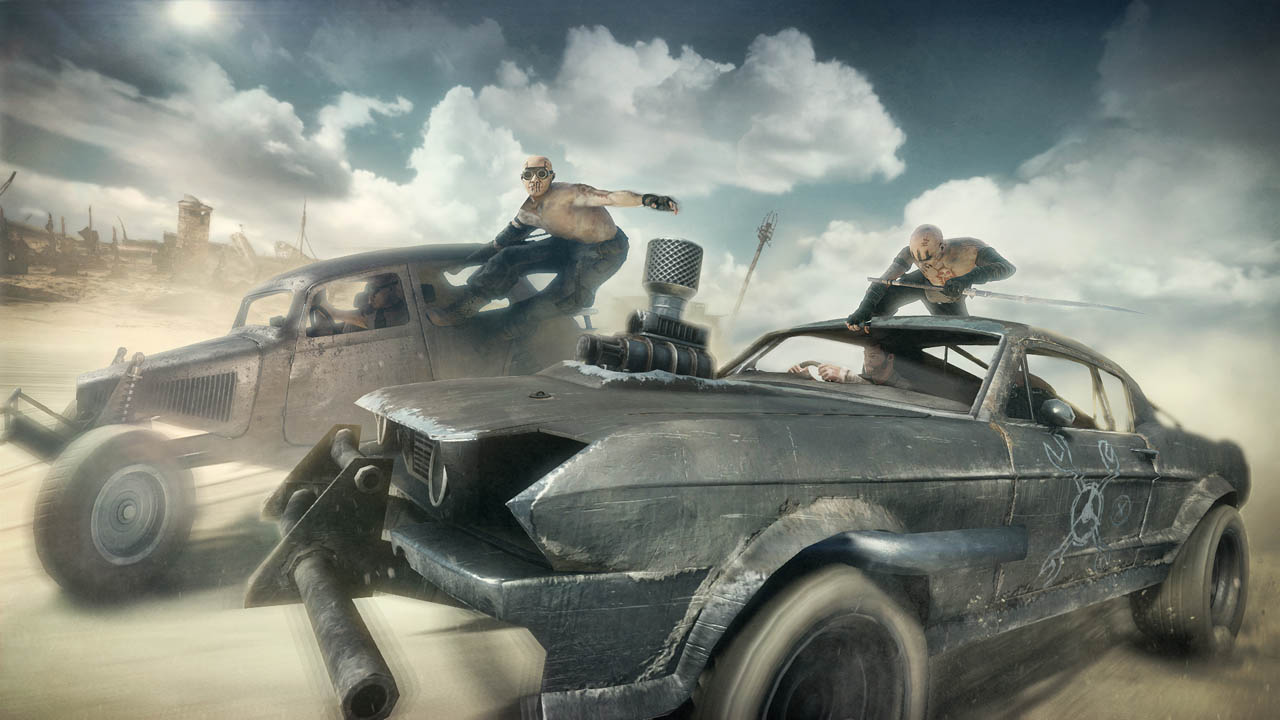 The biggest shortfall is the vehicular combat, something which given the story should have really been the highlight. Taking down enemy vehicles whilst in your car, especially during the first half of the game, proves to be tedious and generally not too enjoyable.Despite the premise of your vehicles being some sort of powerful weapon, I felt the most vulnerable in my car rather than out of it.

When being chased by vehicles, rather than wasting time and risk damaging my car, I found it much quicker to just get out of and take enemies down by hand.

Despite this, I found upgrading my car somewhat of an addiction. The customization options available are deep, spanning 18 different categories ranging from everything between aesthetic upgrades to offensive capabilities. The most useful features is the harpoon which has numerous applications including pulling out enemy drivers from their car as well as tearing down gates to enemy bases. 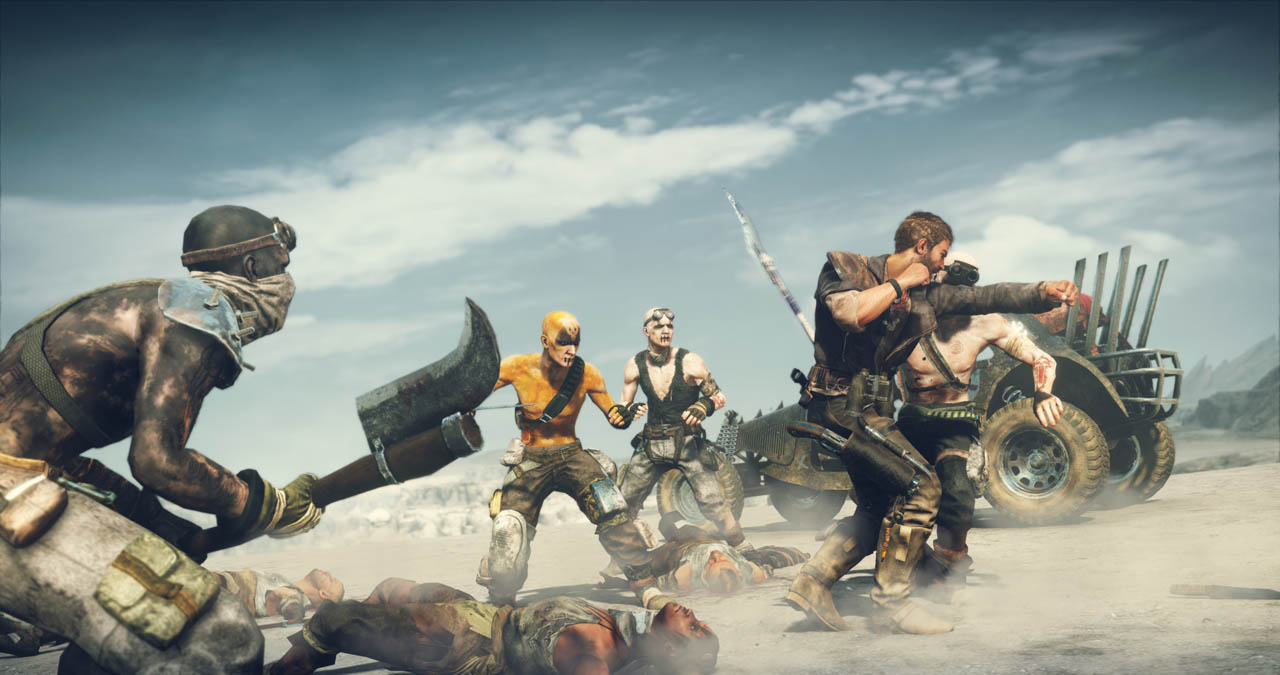 The game focuses on a very head-on approach to taking enemies down. Any sort of stealth is virtually impossible leaving forcing you to basically charge head first into danger. This certainly suits Max’s character however a lack of strategic element is detrimental to the overall gameplay experience.

Mad Max is visually stunning. The photorealistic sky is the best I have encountered in a video game yet. The character models and landscape are also very impressive.

With Mad Max, Warner Bros again defies the notion that video games based on movies can’t be good. Although it falls short in vehicular combat, there is so much else to the game that more than makes up for it. The characters, open world aspects and solid hand to hand combat makes Mad Max a must play for those interested in the genre.