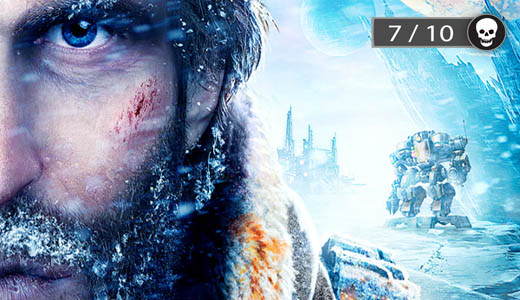 Lost Planet 1 and 2 were, without a doubt, complete and utter write-offs. Awful, lack-lustre third person shooters that were, at their very best, barely playable.

So it brings me great pleasure to say that the third installment of this franchise is surprisingly playable, and a decent way to blast away a couple of hours back on the terrifying ice planet of E.D.N III.

Lost Planet 3 takes place before the events of the first game, returning the far off planet of E.D.N III to the icy tundra you might have suffered through in the first game, rather than the tropical jungle motif they swapped to in the second game.  The entire story takes place in the dying monologue of Jim Peyton, one of the first colonists of E.D.N III – an engineer seeking to mine the planets natural thermal energy for the NEVEC corporation, in order to financially provide for his family. 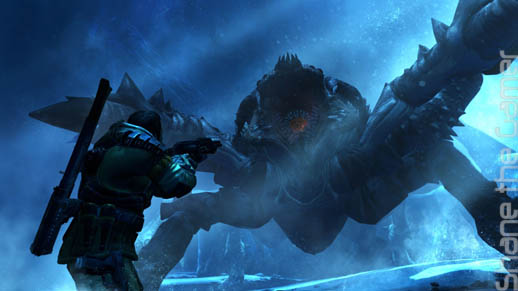 This isn’t the most ground-breaking story in the world (in fact, with the exception of the other people Jim shares the base with, it’s pretty much the exact same premise as the film Moon), but like most of the elements within Lost Planet 3, it achieves everything it needs to and provides just enough investment for the player to keep chugging along. And even though the story is simple, the script is surprisingly solid, the voice acting pretty impressive for the most part, and the characters likeable and real. Effort’s gone into this story, and you can’t help but feel a little bit invested in the whole thing, especially knowing it all comes as the dying confession of an old man to his granddaughter. 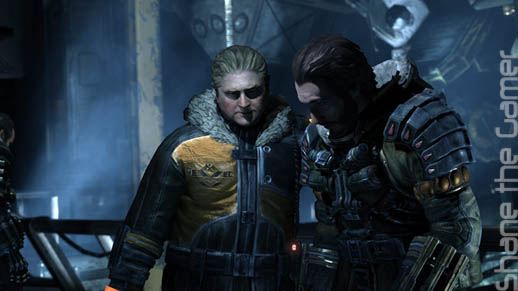 Jim’s duty as an engineer take him to all manner of high risk places across the surface of the planet – both on foot and in his giant mining rig – a non-weaponised version of the mech suits found in the previous games. In my experience, giant robots can be surprisingly boring in video games, but Jim’s rig is actually quite an interesting mechanic in the game – with the ability to leap to and from the rig in a number of situations.

Even though it has no guns on it, which is a key point in the early part of the story, it’s got a claw on one hand and a drill on the other, so is perfectly capable of dealing out all manner of damage. It moves well, and is just exciting enough of a concept to act as a buffer between the other segments of the game and keep the momentum alive. 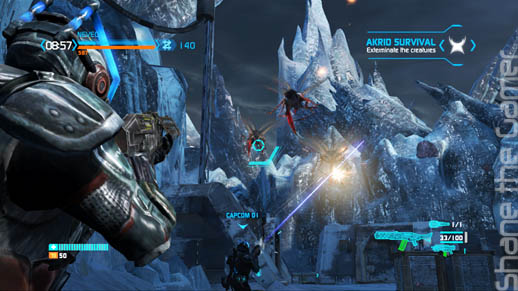 Artistically, Lost Planet 3 breaths new life in to the ice-planet. Whereas the original saw the surface of the planet covered in near-constant snowstorms, this E.D.N III is, for the most part, haunting still, creating a real sense of solitude on the vast expanses that Jim finds himself wandering through. Every now and then you’ll come over a rise and see a vast canyon stretched out in front of you, with mountains and waves of ices shimmering in the distance – and it can really be quite breathtaking.

Lost Planet 1 & 2 were guilty of, what is in my opinion, the cardinal sin of third person shooters: floating, disconnected camera and aiming reticule – the kind where you might as well be aiming and shooting from a floating orb about 2 meters above the characters head. This sounds like a minor gripe, but for me, if you’re guilty of this crime, you’re immediately saying to me ‘We don’t know how to make a third person shooter’. 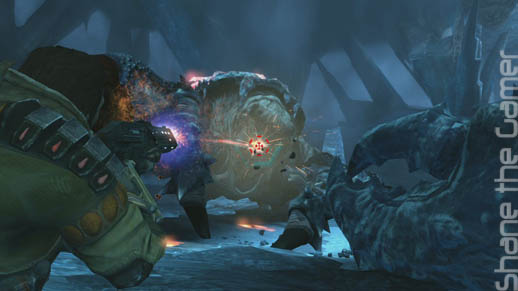 And while Lost Planet 3 doesn’t quite have the same directly ‘connected to the character’ sense with it’s shooting and camera system as games like Gears of War and Spec Ops: The Line, it’s a huge improvement, enough so that you can play the game without getting motion sickness from turning corners. Aside from that, the combat in the game is perfectly acceptable, but certainly won’t be winning any awards for groundbreaking originality.

It plays just like any other paint-by-numbers third person shooter – primary and secondary weapons grenades, cover etc. There’s absolutely nothing wrong with it, but it’s not the kind of game you’d want to play through on a harder difficulty. 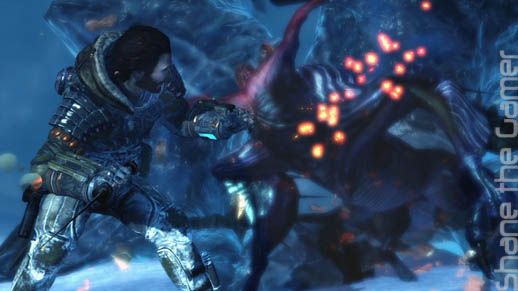 Lost Planet 3 is a surprisingly playable entry in a series that was otherwise a complete waste of time. Even if you’ve been left with a nasty taste in your mouth by the last two games, I’d recommend giving this one a try if you’ve got a lazy, hungover Sunday or are down with the flu for a couple of days. It’s not going to make anyone’s Hall of Fame, but it’s worth flying through once.