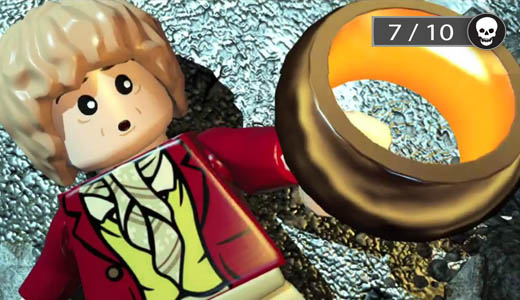 With two movies down and one due in December, you can be forgiven for thinking a Lego Hobbit game is somewhat premature. You’d be right too, with the plot of the game being unfinished, rounding off with a rather disappointing “to be continued”.

However, with an already staggering scope and hundreds of missions to keep you busy, Lego Hobbit is far from undercooked or unpolished.

Playing through the various plot beats of both An Unexpected Journey and The Desolation of Smaug, Lego Hobbit hits all the right action points while glossing over some of the more tedious parts of the movies. Even musical parts that many complained about in the first film become tolerable when given the Guitar Hero treatment in the form of a quick mini game. 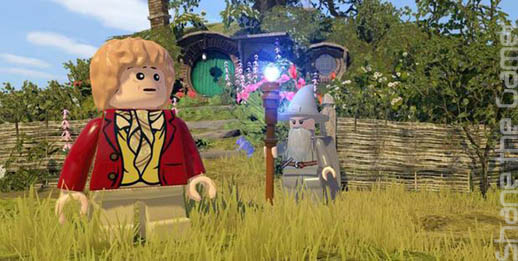 Anyone who has played a Lego game knows what to expect from gameplay. There’s plenty to smash, coins to collect, and a number of character specific puzzles to solve. All are great fun and there’s no real challenge for anyone above the age of 10. The real challenge of Lego Hobbit comes from sorting through the mess of characters cluttering up the screen.

All except the purest of Tolkien enthusiasts would have had trouble telling the dwarves apart on the big screen. Now simplify their features into a minimalist facial expression and a plastic hairstyle and the problem becomes apparent. Part of this chaos has some charm to it – after all, the dwarves are meant to be chaotic and sometimes bumbling in their endeavours throughout the films. This chaos and confusion however, does not translate well to a video game, where the loss of control becomes more than a little frustrating – especially when playing 2 player. 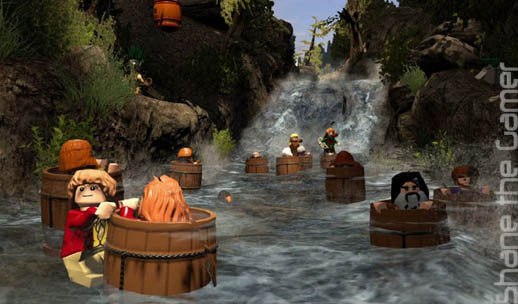 Aesthetically the game looks fantastic. Despite the fact that the majority of the time is spent looking at deliberately plastic characters, careful detail is still given to level environments that look to have been completely re-crafted rather than lifted straight out of the Lego Lord of the Rings. This is to the credit of developer, TT Games (Traveller’s Tales), as they continue to build and improve on each iteration. While the core experience is the same from each Lego game, there is always enough variance to make them more than a cut and past experience.

Their previous title in the Lego series, Lego Marvel Superheroes featured New York City as a sandbox for you to explore between levels, and the same is true for Lego Hobbit. With the upper half of Middle Earth available to explore, you once again have the freedom to play the game the way you want to play it. The giant eagles even feature as a great fast travel system if walking between points of interest isn’t your thing (very convenient creatures, those eagles… always showing up when you really need them). 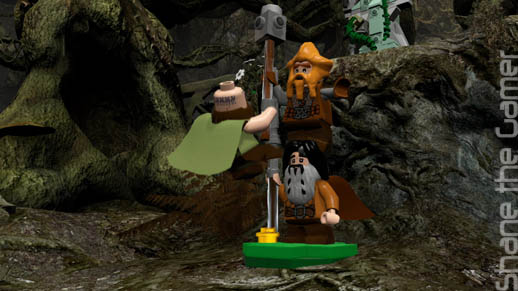 Exploration through Middle Earth is further rewarded with a new gathering and crafting system. Now, not only are there millions of Lego coins for you to collect, but additional materials like rope, wood and more. Coins will still unlock additional characters, but materials are used for the in game crafting system that assembles catapults, tables, cranes and a number of other set pieces throughout the game. Not only is crafting a great feature in an already rich game, but it really helps to incorporate the feel of Lego instead of just its aesthetic.

Seeing a crafting kit come together is more than a little satisfying, and the older players out there will feel a good twinge of nostalgia in their assembly. Searching for the right pieces within the mini game is challenging, and sometimes frantic, as a timer dictates the bonus you are rewarded. Still, it’s never infuriating, like the time you were searching for an hour through that huge tub of Lego for that one piece you could’ve sworn you saw a second ago. 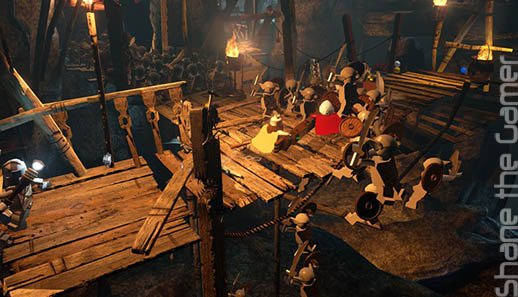 Lego Hobbit is another great entry in Lego’s series of games.

While the confusing groups prove that the 2 man party system is still the setup for their games, the overall gameplay is still enjoyable, and well suited for the style of the films. The lack of a conclusion to what should be a trilogy is disappointing and removes a great deal of finality from the game, even for those who are dedicated enough to get 100% completion. 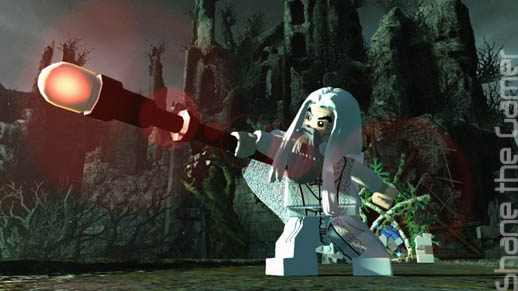 Ideally additional content from the final film will come in the form of DLC, but chances are there will be a separate game upon the release of the final film, so those waiting for the complete experience should probably hold out for that.