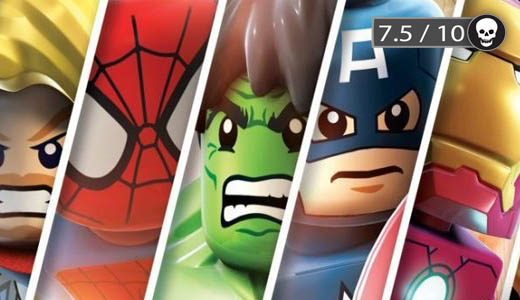 Lego, those little interlocking plastic Danish blocks, have been around for over sixty years. Since 2005 Brit developer Traveller’s Tale (now known as TT Games) have been reimagining pop culture icons in a series of Lego-inspired video game.

We’ve had Lego Star Wars, Indiana Jones, Harry Potter, Batman and Lord of the Rings to name a few.

Now it’s the turn of the Marvel Super Heroes to get the Lego treatment.

The geekier folks out there may see the interesting irony in what is ostensibly a Marvel Comics property being published by Warner Bros. Interactive Entertainment, the parent company of the comic book giant’s rivals, DC Comics. Still, it’s all money at the end of the day.

If you’ve never seen one of these Lego games before, what you are presented with is a story acted out using animated Lego characters that are in your control. And there are loads of Lego characters. Whilst you usually start out with a couple of them, as you progress you unlock more and more (each with their own abilities) giving you the option of revisiting Levels and completing them in different ways with the new characters. 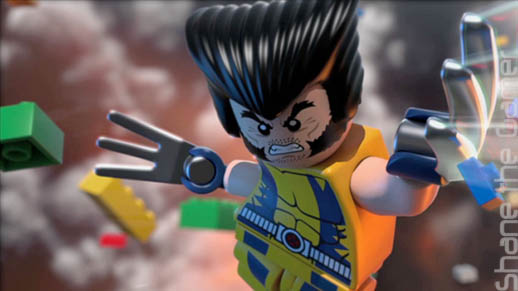 Lego Marvel Superheroes loosely tells the tale of the world devouring Galactus and his herald the Silver Surfer’s first visit to earth. During the game, players take control of characters such as Iron Man, Spider-man, The Hulk and Captain America as they fight their way through Marvel’s catalogue of villains.

As with previous Lego games the story is superb, with a cheeky injection of humour that works on two levels, for both children and adults alike. What is particularly cool about the game is the way we get the Marvel characters as personified in the Avengers movie (Hulk, Iron Man and Captain America) interacting with characters from the Fox-held movie franchises (X-Men, Fantastic Four) and Sony (Spider-man). If only such an epic team-up could happen on the big screen.

These games have always looked great, but Marvel Superheroes looks amazing. Not only is everything incredibly realised using bits of Lego, those little bits of plastic look almost real, with their polished sides reflecting the surroundings. 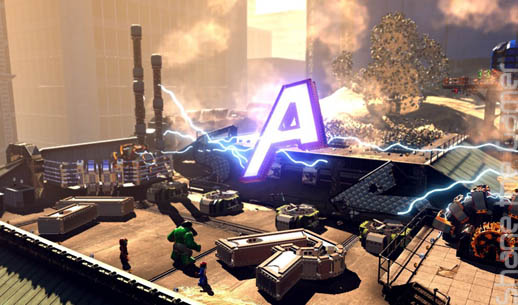 For all that is great about the game, the potential deal-breaker is the game’s difficulty. A difficult Lego game, you cry? What sort of lame ass review is this?

Yep, it sounds stupid, I know. Lego Marvel Superheroes is basically a puzzle game whereby you have to manipulate and construct Lego objects to progress. Each character has a unique ability that must be employed at the right juncture to solve the conundrum.

Whilst a lot of effort has gone into creating the puzzles, little or no visual cues are given to the player in how they might proceed. And there’s not really any consistency. It reminded me of the old point and click adventure days when you’d combine a fish bone and a tea towel to create a key. Ingenious idea, but seriously who is going figure that one out. 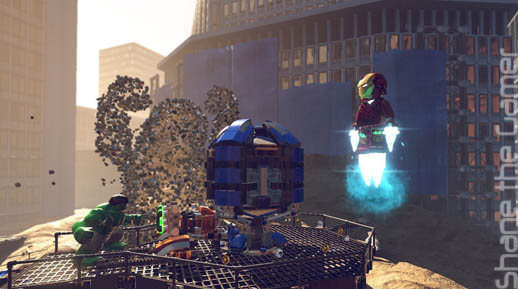 The result is a series of glorious and fun episodes punctuated by some of the most frustrating obstructions I’ve ever come across. It’s not a new problem, either; I’ve been confronted with this same sort of infuriation in every Lego title that I’ve played. And it’s such a shame. It wouldn’t take much to iron this, just a bit more logic and thought, and maybe the odd hit if you’ve been stuck for ten minutes.

For the most part you’ll have two or three Marvel characters available to you to negotiate each chapter. Each character can either be controlled by the player or left for the AI. The AI isn’t going to solve the puzzles or go out of its way to collect any of those thousands of Lego “coins” that litter the levels.

With a friend the game is even more fun. Lego Marvel Super Heroes supports a cool split-screen co-op mode, each player controlling a character. And when I say split screen I mean it. Whilst both players are standing in the same area the screen is normal, but as they move apart the picture splits dynamically; vertically, horizontally and diagonally. It takes a bit of getting used to and can be quite disorientating if your co-op partner likes to bounce about a bit. Thankfully you can switch it to the regular sort of split-screen in the options. 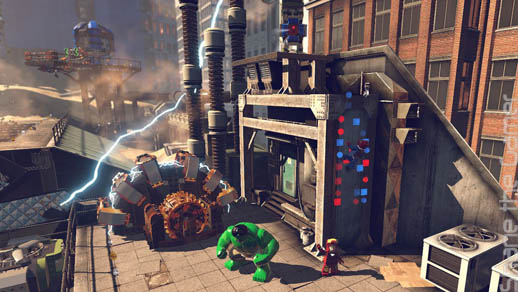 To progress players need to take control of the character with the right abilities to proceed. Spider-man can climb, Hulk can smash, Captain America can hit things and Black Widow can avoid detection by going invisible (which you’d think was a power that would be reserved for Sue Storm AKA The Invisible Woman). But you get my drift.

On the subject of the Hulk, he must be the coolest Lego character ever! You can trigger his transformation from Hulk to Banner and back again, something I never got tired of watching.

The Levels also feature places and routes only accessible when you’ve unlocked the character with the corresponding ability. No clues who to use to get passed magnetic objects. This gives the game some great replay opportunities.

It’s not all puzzles. There are plenty of henchmen to beat up as you head to the major Marvel villain, naturally acting out his obvious role as a boss. Thankfully, the boss fights are not the chore that I thought they were going to be, TT Games obviously being happy to leave the frustration to those occasionally annoying puzzles. Lego Marvel Super Heroes brings out all the old classics with the Green Goblin, Sandman and Doc Octopus all making early appearances in the game. 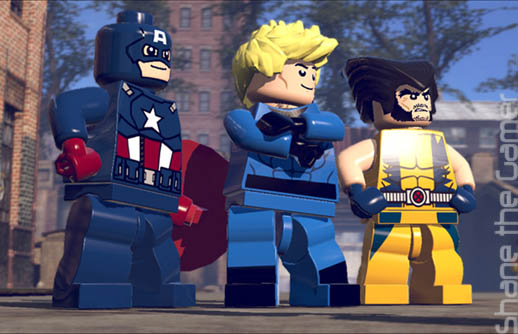 At the end of the day Lego Marvel Super Heroes is exactly that. It’s got a great plot that’s very witty and it’s definitely the best looking of the Lego games so far. If you can get over those annoying puzzles there’s plenty of gameplay to be had, but for some the frustration may be too much. It is, however, a game that Dads can play with their kids, and there’s not too many of those about these days.