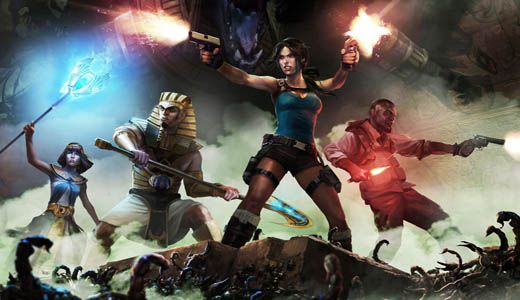 Recently, I managed to get some hands on time with Crystal Dynamics’ Lara Croft: Temple of Osiris, a brand new top down action-adventure platform game within the Tomb Raider franchise.

It comes as sequel to Lara Croft and the Guardian of Light, not to worry though, actually playing the previous game doesn’t seem to be a prerequisite.

Egypt and its mythology make up the setting and being a huge fan of any Egyptian mythology I am very much sold in this area.

The story starts off with the nefarious god Set and his thirst for power and in his dispute with the other Egyptian gods and in so doing all get trapped in the underworld. 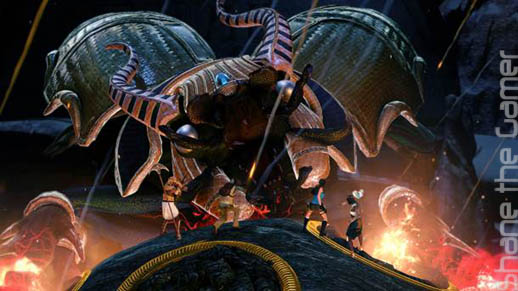 Centuries later, Lara and a rival archaeologist come along to find an ancient staff, after doing so also become trapped in this realm of darkness. So it becomes your to work together to get your selves out of this predicament.

The game features up to four player drop-in/drop-out co-op, this can be local or online.

I’ve played other top down multiplayer games before but they didn’t really grab my attention for very long at all and just failed to be enjoyable. Despite only being a brief encounter, Lara Croft Temple of Osiris managed to both keep me entertained and wanting to play more. 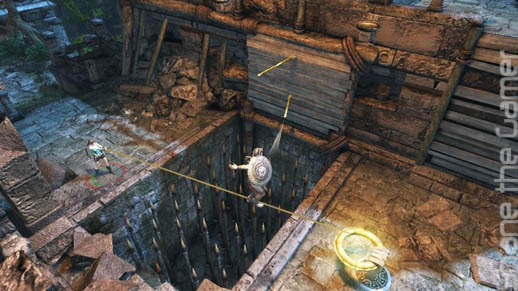 There are different playable characters, each with their own abilities to bring to the puzzle solving aspect of this game.

I played as Lara, with the special abilities of lighting fires and the use of her grappling hook to access high ledges. My weapon combination being Lara’s signature dual pistols.

Each character has a unique set of abilities and weapon combinations. Going through the game has you collection gems and items that can be equipped to increase stats. 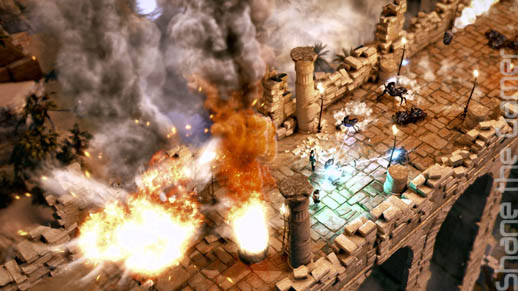 The particular Level I played through had me feeling I was dungeon crawling as it does have RPG overtones to it.

This is nice as it gives players a different game with a familiar feel to it.

Collectively, in the short hands on time I got with Lara Croft Temple of Osiris, I found it to be simple yet enjoyable. The puzzles offer a fun challenge and require actual team work to overcome and there are a few different game sections on offer to mix it up a bit. 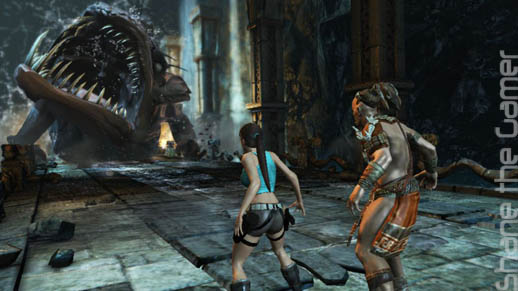 Lara Croft Temple of Osiris will be available on PC, PS4 and Xbox One and is due for release on the 11th of December this year (2014) with hints of a special retail treat for Australia and New Zealand.

I sincerely hope the full game will maintain and expand on the ideas showcased and give me and a few friends (assuming I have any) some fun gaming memories.