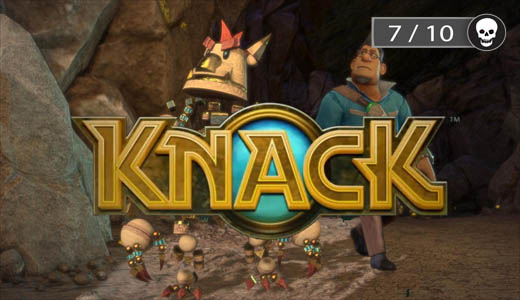 Sony has an amazing pedigree of adventure platformers loved by young and old. Crash Bandicoot, Jak and Daxter, Ratchet and Clank, Sly Racoon.. these aren’t just some of our favourite characters and games, but icons and mascots for the PlayStation brand.

It’s no wonder that Knack’s concept revolves around a little guy with the capability to become a Titan, and that’s exactly what Japan Studio and PlayStation were hoping for. However the benchmark is now so high that this  game really does not measure up.

The story of Knack sees a group of adventurers seeking answers as to why goblins have jumped ahead technologically, resulting in attacks that no longer feature bows and arrows, but tanks and missiles.

Amongst this group is a scientist and his titular experiment, Knack who is made up of artifacts that inhabit the world. Simple enough really, and for a family game aiming at kids I wasn’t expecting story complexities the likes of The Wire. The characters are fun, and there’s some nice dynamic relationships going on between each of them. 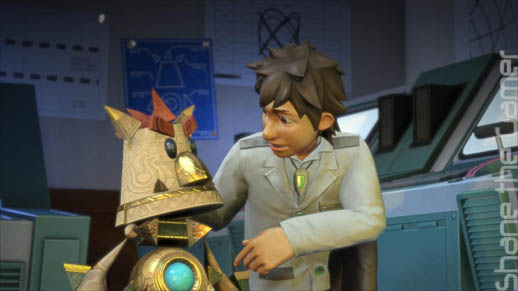 What lets the game down is, unfortunately, the core gameplay.

The combat is smashtastic, however combos and special attacks are introduced in one go, making for a short and sweet tutorial, but an overwhelmed player. Thankfully there is no variation in combat from this point on other than the introduction of stealth in some areas, so there is plenty of time to go through and teach yourself each of these moves, but I couldn’t help but feel like these moments could have been staggered throughout the story in order to allow for better adoption into gameplay and an overall sense of growth for Knack as a character. 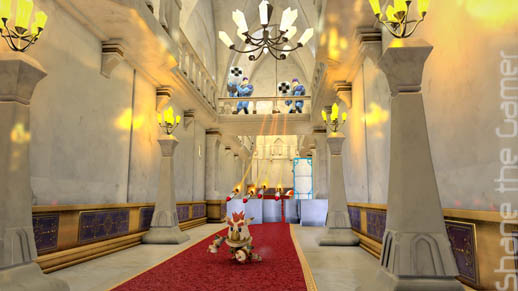 Unnecessary cutscenes are littered through the game as well which, coupled with a fixed camera, become disorientating and frustrating as a player.

Little moments like jumping down into a street below, or entering an area with a new type of enemy are dictated by these cutscenes, rather than the player simply playing through the moment themselves. The choice to include these in the game could be explained by the desire of the game’s architect, Mark Cerny, to pay tribute to the Crash Bandicoots and Jak and Daxters that came before. Cerny should know a thing or two about these kinds of titles, since he had a hand in making both those and Spyro the Dragon during his time as a designer. 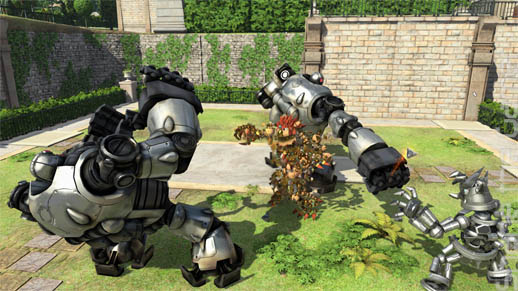 The problem Knack runs into with these cutscenes is that in the past they played a part in loading the game, here they are purely cosmetic.

In the days of the PSOne, to load an entire level could demand a lot out of the system, so they were broken up into stages that were linked together by these cutscenes. With the processing power of the PS4 and the storage capacity of a Bluray disc, these issues should no longer be a problem.

Sure, developers will always push consoles to their limits to get the last bit of resources into their code, but not for the likes of Knack, and not so early in the lifespan of a console. Sure, they make a nice homage to those games that came before, but are they really contributing the gameplay? 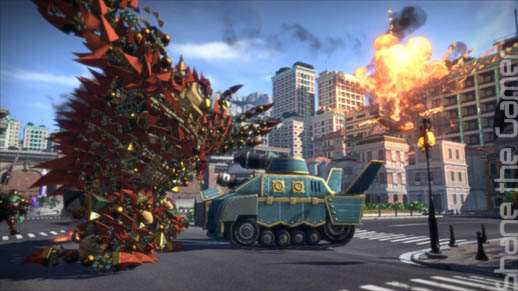 Knack is not a terrible game: the good and great far outweigh its flaws. Local co-op is seamless, with a second player able to jump in at any point in the game. The second player adds a new dynamic to gameplay through the role of support. This feature alone makes it a must have for parents wanting something to play through with their kids, although the camera does make for a slightly disorientating experience at first. 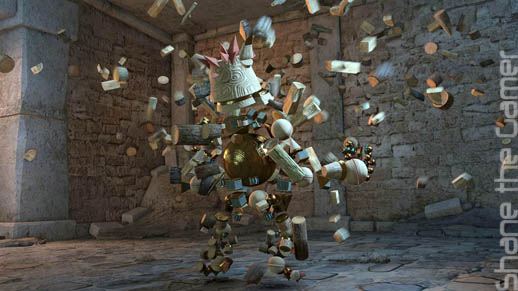 The visuals of Knack are fantastic as well.

Sure, we’re not talking about the graphical fidelity of Battlefield 4 or Killzone: Shadowfall, but Knack can confidently stand toe to toe with a Pixar film. The visuals also demonstrate the processing power capable of next-gen hardware through the animation of Knack’s various forms. From mini-Knack to giant-Knack, dozens to hundreds of individual parts are all independently rendered on-screen.

This is something that has to be seen for one to understand, but smashing through a crate of artifacts and watching them knit themselves on Knack’s body gives a sense of satisfaction everytime. 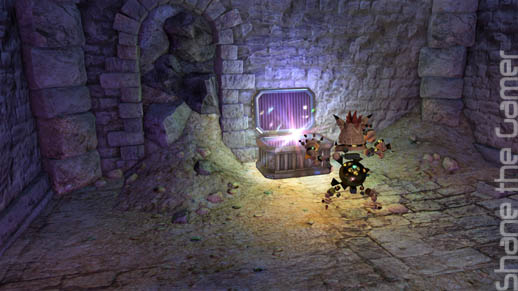 The social experience promised by PlayStation is at play within Knack as well and makes the tedious job of collecting parts and pieces a much less painful experience. Upon collecting pieces, a player has the option of sharing them with their friends, making for a pseudo-multiplayer experience in a truly beneficial manner.

Similar to this is the inclusion of Knack’s Quest for iOS and Android devices allows for a simple puzzler like Bejeweled or Candy Crush to allow players to collect parts for the game while they’re away from their console. It’s these little tie-in experiences that grow the environment of Knack beyond that of a typical game and give hints of what can be expected for future next-gen releases. 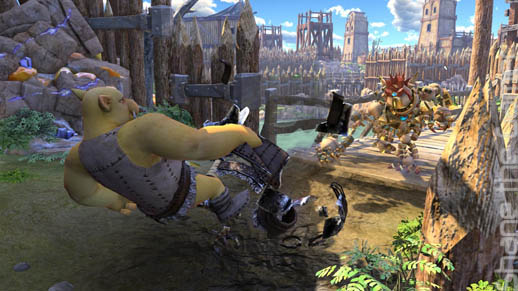 Overall, Knack the game is a lot like Knack the character: ambitious and gutsy, but easily knocked down in size when a critical step is missed. While definitely a game for the family gamers (especially when considering the number of launch titles with an R rating), Knack is not a title I felt drawn back to for repetitive play throughs.