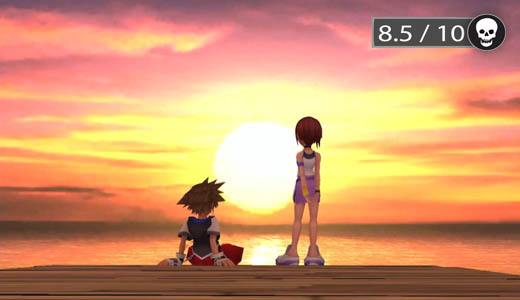 When I first played Kingdom Hearts, Square Enix’s Action RPG mixing Final Fantasy and Disney back on the PlayStation 2, I was easily one of the happiest kids sitting in front of a TV.

Now I seem to find myself in the same position with the same childish grin on my face with Kingdom Hearts HD 1.5 Remix. 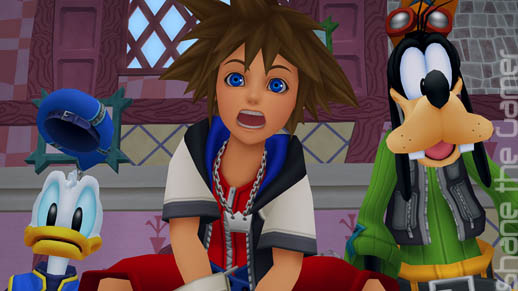 You start off as Sora, A kid with a dream for bigger better things. You are thrown into chaos when your world gets destroyed and you lose your friends Riku and Kairi. On your search for them you discover you have been chosen to wield the curious weapon known as the Keyblade and run into some unlikely companions; Donald Duck and Goofy. Together you attempt to find your friends, King Mickey and figure out what’s going on. From there the story just gets more curious.

Using your Keyblade, you banish darkness, unlock the unlockable saving worlds one at a time.

Fighting off your relentless enemy, the Heartless, to claim back worlds and save your friends. Doing all this is most enjoyable. The Kingdom Hearts universe is filled with intrigue; bringing darker twists to many lovable Disney tales while throwing you somewhere in the middle. 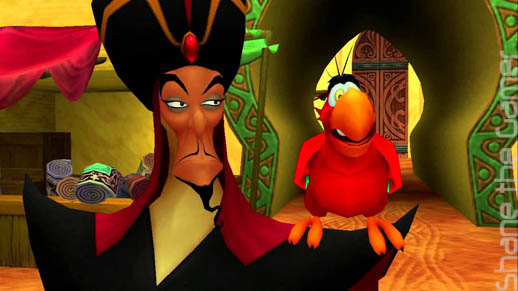 Being both a Final Fantasy and Disney girl, exploring twisted Disney worlds with a Final Fantasy flavour thrown in is just delightful. From Alice’s wacky Wonderland to Jack Skellington’s horror filled Halloween town.

In typical Square Enix style, the worlds and levels have their own flare and character. They really captured my imagination and took me back to some of the best things about being a 90’s kid. The Final Fantasy angle is spread throughout the series; many well known Final Fantasy characters make appearances and play roles within the game, from Cloud to kid versions of Wakka and Tidus.

Within some of these worlds you are even given the opportunity to fight alongside your favourite characters; from swinging on vines with Tarzan to scurrying around Agrabah with Aladdin. They can be swapped into your party and having them there is also usually to your advantage.

New weapons for your party are obtained mainly by buying them. Your Keyblade however is enhanced by collecting different key chains. These not only change its look but can also have specific perks and added abilities. 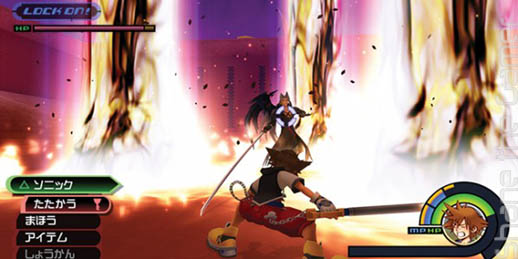 Levelling up earns you and your party new abilities. These allow for an improved battle experience as more are steadily unlocked.

Once unlocked abilities are activated by allocating Ability Points (AP) which are also gained by level progression. You can never choose everything, meaning you need to decide what you like best and what works best for your battle style. AP can be reallocated if you so happen to change your mind. Equipment can be outfitted to increase defence, strength, HP, AP and MP. It is obtained through buying, creating or finding in chests.

Battling with the Keyblade involves facing and, if you choose to, locking onto a chosen target and hitting away at them. Abilities are automatically implemented. When you feel like mixing it up a bit you can scroll down the quick menu and utilise magic attacks.

Later on you can even use Summon Gems to summon other Disney characters to assist you in battle. Both of which are unlocked through story progression. 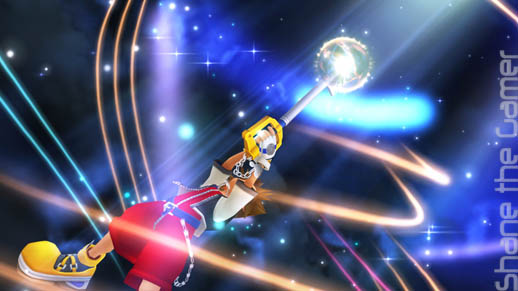 There are also a few different aspects that break up gameplay.

You are given a Gummi Ship which you use traverse from world to world. Later on you can modify and even create your own Gummi Ship. This makes flying between worlds a bit more exciting then when you first start out.

I did spend a fair amount of time decking out my ship and then flying between worlds just to test it. It provides for something different. You can eventually unlock Warp Drive which can be used to skip these sequences between worlds you have previously visited.

Chests are very well implemented in this game. They are generously strewn throughout the worlds, sometimes requiring abilities and brains to reach. Once you get to them, though, the reward is usually worth it. Some areas within levels also require certain abilities or moves to get to. This helps diversify things, giving you a reason to revisit places to see what else they have to offer. 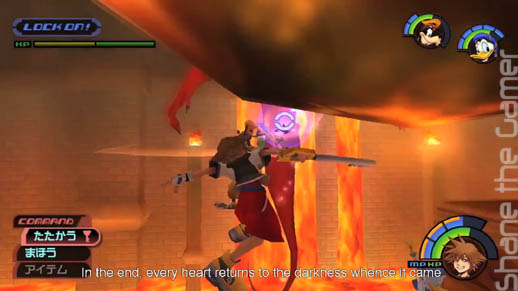 There are also small tasks offering rewards that vary from world to world. You might need to find 10 postcards in one place and put out torches in the next. Some may require using the a special character to unlock. You could be finding the 99 lost Dalmatian puppies scattered between worlds, collecting rare ingredients to synthesize the ultimate Keyblade or even taking on possibly one of the hardest boss battles, against Sephiroth, in the Colosseum.

I found Kingdom Hearts provided for a good challenge. Boss battles always needed some kind of plan and usually some variation on how to defeat them depending on the boss. Puzzles weren’t too easy and even with having played it before, it still required a bit of thinking. If you really thought it was too easy the first time round the harder difficulty definitely ups the ante.

Sound and music in both games is pleasant to listen to and always fits in with your surroundings, some tunes are even good enough to get stuck in your head. The voice acting is great. I never once felt they did any characters injustice. The graphics is of a fair standard. Considering it is only a HD remake I wasn’t expecting anything amazing. They could be better nowadays but I’m not really complaining. 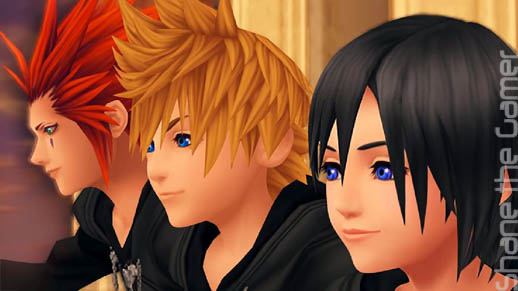 Kingdom Hearts Re: Chain of Memories from a story line perspective follows directly on from the first Kingdom Hearts.

It has different gameplay and aspects; the main difference being the battles which rely on a live action card system.

You chose a card to play and then your character attacks with the value on the card. You still go running around smacking things on the head with a Keyblade, you just give attack commands via a card interface. However choosing what card to use is more a skilful than just hitting the X button. The enemy also plays cards, so you need to make sure your card is higher or combination breaks their attack, or you won’t get a hit in.

You can combine cards and even make special combinations for stronger and special attacks. There is a finite amount of cards that can be used per battle encounter so serious battle technique is in order especially against bosses. 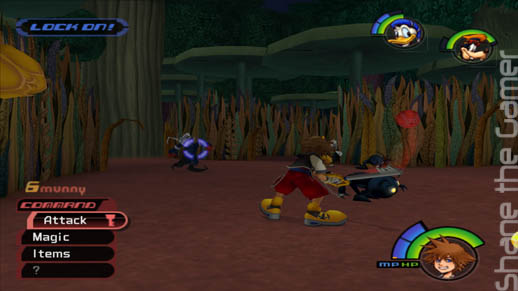 Levelling up can increase the amount of cards you can have in your deck; you can collect new cards and edit your deck for better fighting. Cards are also used to unlock doors to new areas; so it’s safe to say with this game, it’s all in the cards.

I found this battle style to be a bit difficult to master and actually quite frustrating at times. The areas you open are only small glimpses of worlds you would already know by now so it’s not very exciting to play through. So why play it? It’s all about story with this one. Getting those better cards and making your special deck did offer some enjoyment. 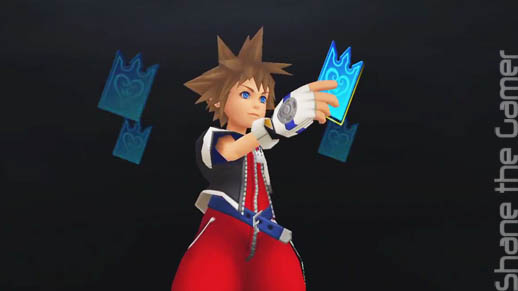 Unfortunately 358/2 Days is not playable, just the story from the Nintendo DS game is given to us. A word of warning: if you do intend to sit through the entire cinematic experience of 358/2 Days you need to get comfy, put on some popcorn and snuggle down for some serious story telling. I had to watch this in two sessions and each time I was sitting there for an hour or two.

For those unfamiliar with this ever expanding series, the latest edition, Kingdom Hearts 3, is arriving on the next gen consoles; so now is a good time to play some serious catch up. Kingdom Hearts HD 1.5 Remix is a step in the right direction. I would have liked to see more Kingdom Hearts games included in this HD remake, specifically Kingdom Hearts 2 and Kingdom Hearts: Birth by Sleep. 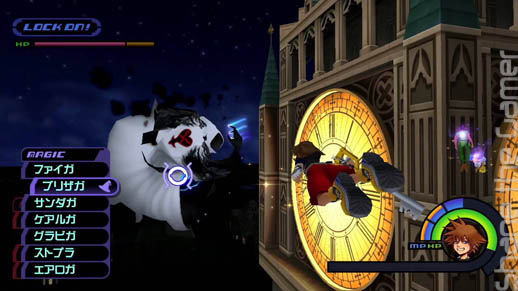 As both playable games featured in Kingdom Hearts HD 1.5 Remix where never released in Australia or New Zealand even long time fans will have something new within the Kingdom Hearts series to experience.

From the depths of the darkness to the delights the Disney universe brings, this package offers plenty to do, see and attempt to comprehend. I have always loved this series as it really captures my heart and imagination.