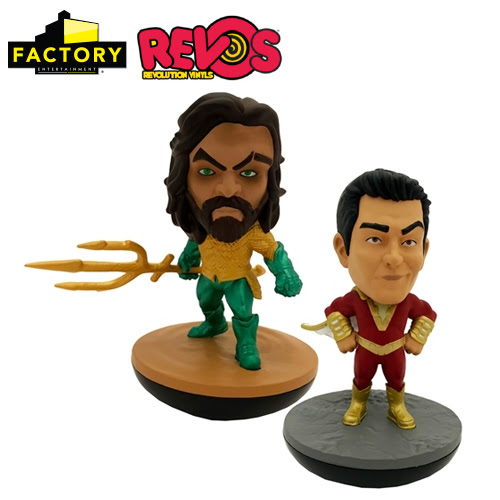 To solve this issue, the company is showcasing its spin on officially licensed vinyl figures called REVOS in booth #5359 at New York Toy Fair.

“REVOS are not your everyday boring, static vinyl figures,” said Barry Eldridge, Creative Director of Factory Entertainment. “REVOs (pronounced rē-vōs) are the world’s first vinyl figures with a unique twist – collectability and play value. Each stylized 4 inch tall figure features a proprietary self-righting mechanism built into its base, which means you can spin’em, rock‘em, revolve’em and knock‘em, but you literally can’t put them down! We want people to actually take these out of the box and PLAY with them!” 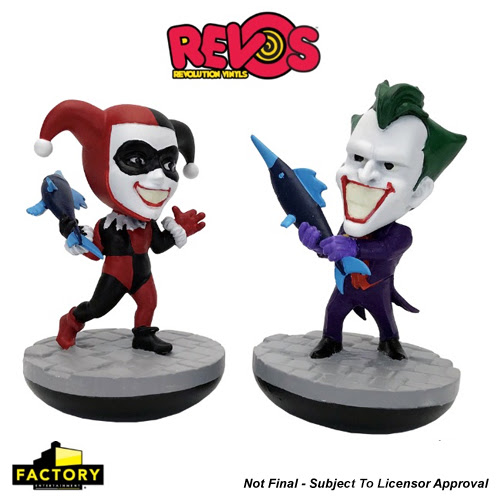 REVOS from Aquaman, Shazam, Jurassic Park, IT, Beetlejuice, Nightmare on Elm Street, Halloween and Child’s Play are flying off retail shelves now. Factory Entertainment plans to expand its REVOS line with new releases from Back To The Future, Star Trek, Universal Monsters, Batman and more in 2020.

REVOS are available on Factory Entertainment’s website as well as from various online and brick and mortar retailers.