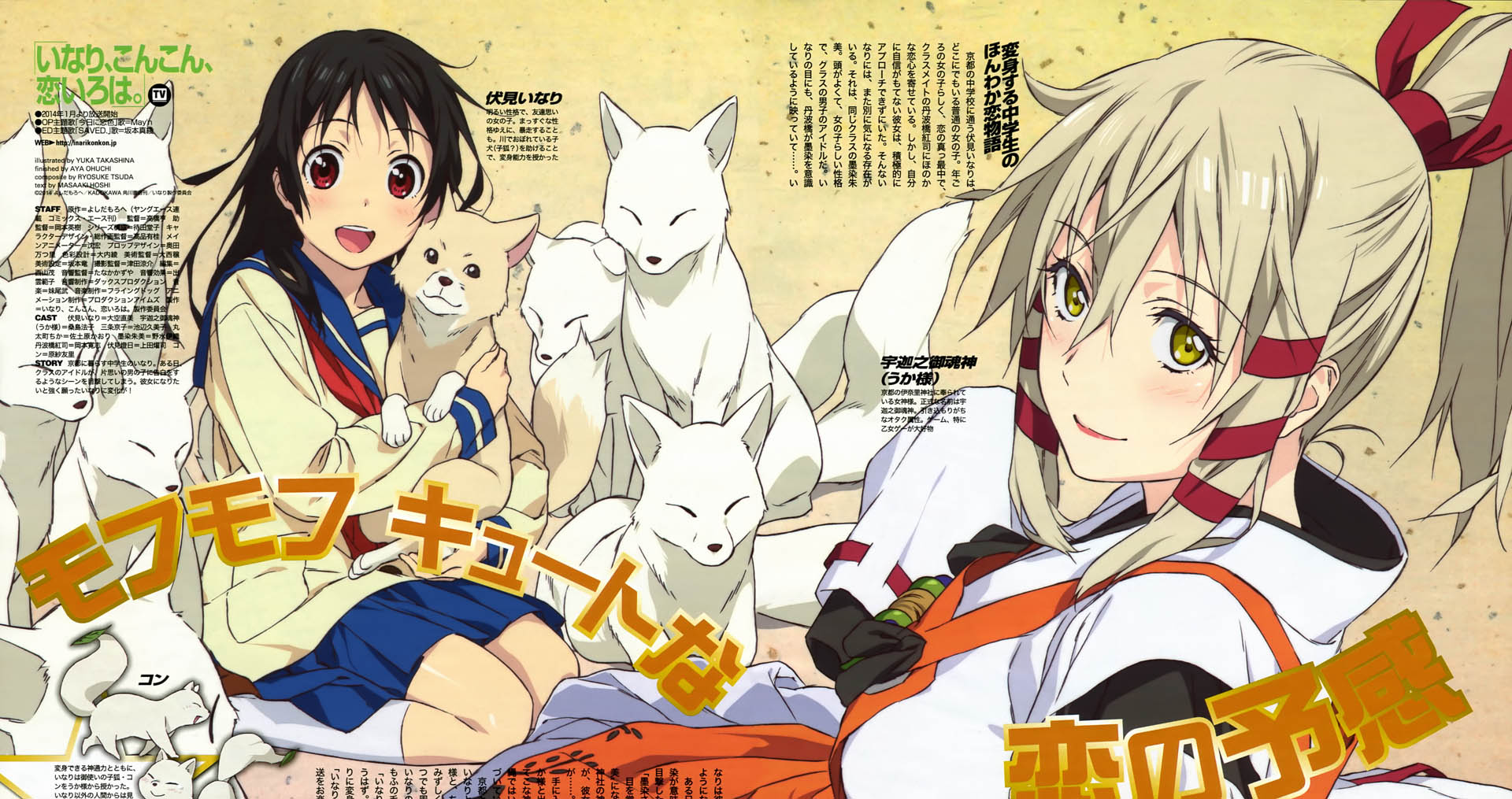 Inari KonKon, an anime series based on the manga with the similar title, is the latest in a stream of new release DVDs by Madman Entertainment.

Upon first glance and a brief read through of the series’ synopsis, it was tough getting around to actually watching the anime, having pre-judged it to be far too ‘girly’ and possibly a title with over romanticism’s, drama and childish exploits. How mistaken I was.

After a really long day, Inari KonKon was exactly the kind of anime I needed to sit back, relax and feel surprisingly rejuvenated. 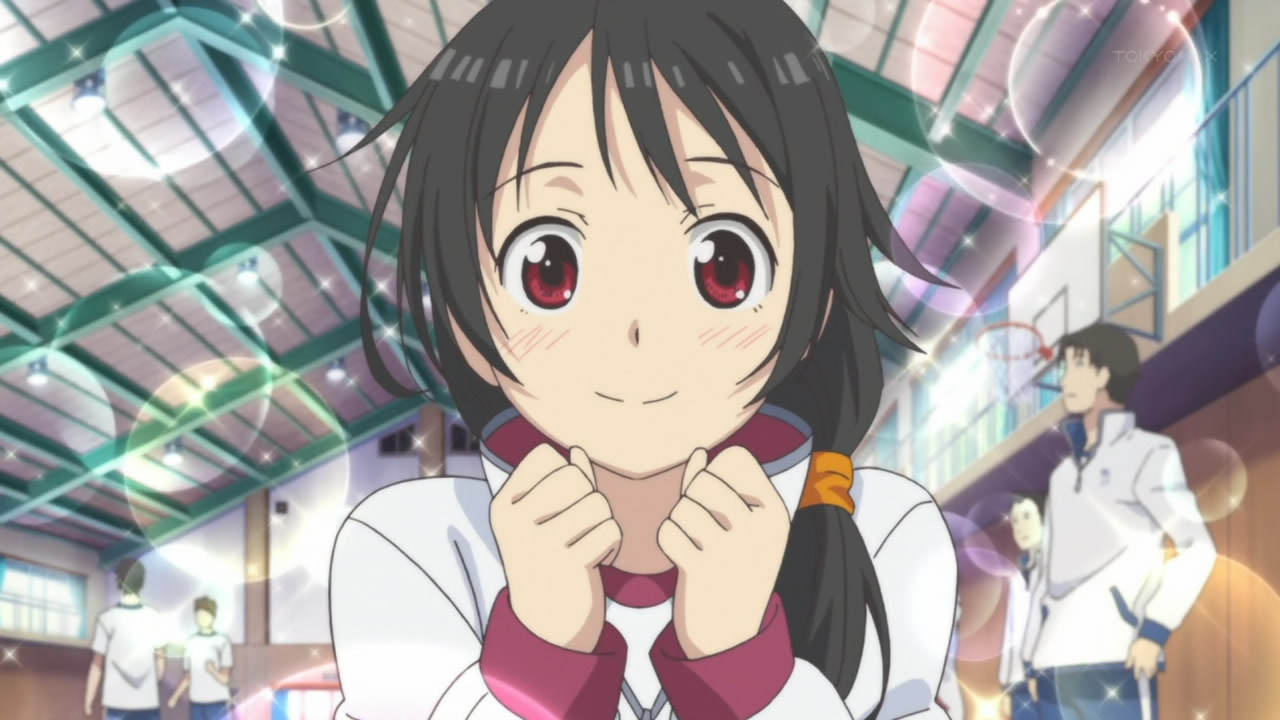 Inari KonKon follows the misadventures of Inari Fushimi, a middle school girl who is helplessly in love with her classmate and all around popular guy, Tanbabashi, and has a unique fondness for the Inari shrine, a place of worship with which she happens to share a name.

Feeling slightly insecure and frustrated at her clumsiness around Tanbabashi, Inari’s wish to become someone else is granted in a strange turn of events, one that brings her face to face with the Goddess of the Inari shrine, Uka-no-Mitama-no-Kami, simply known as Uka.

However, as with the granting of any wish, there is always a catch. In Inari’s case, that catch was that she was given a part of Uka’s divine power. Not a bad thing, you might say, but having such godly power proves to be a hindrance and in many ways a challenge, both to Inari and to Uka, who we see as a slightly naïve yet incredibly compassionate young Goddess, whose main motivation is to be friends with Inari. 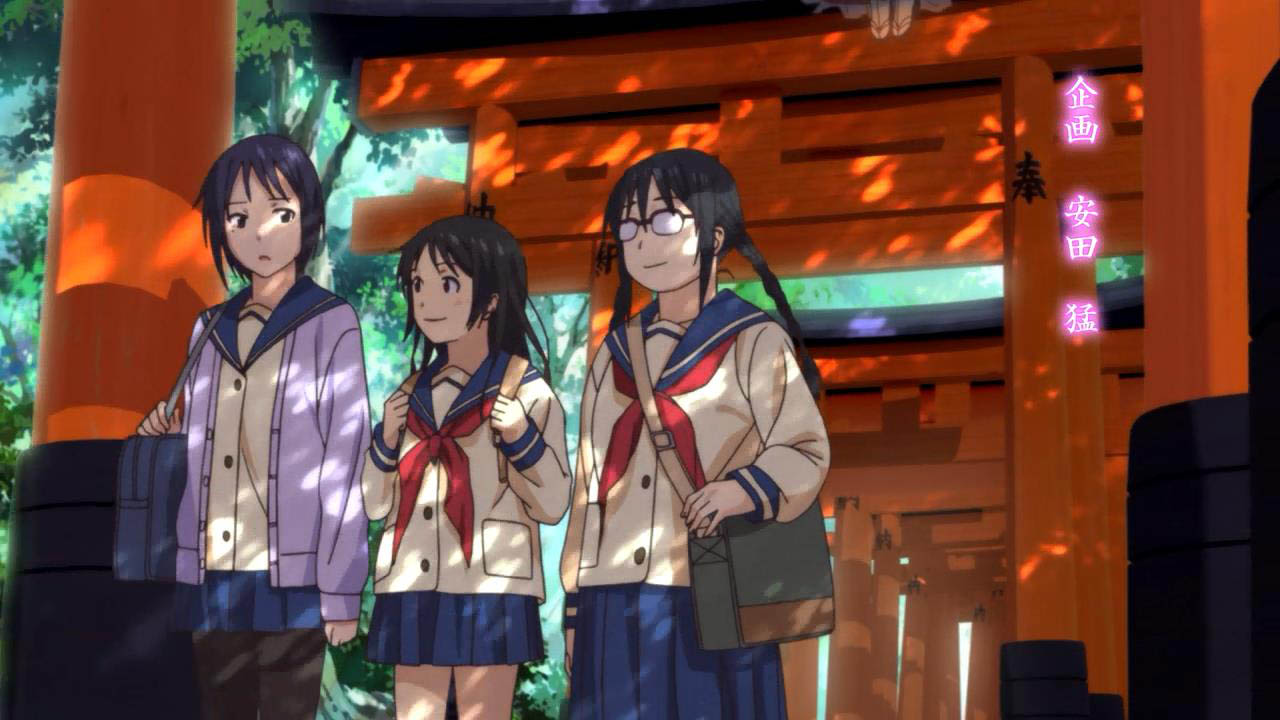 Throughout Inari’s struggle dealing with this newfound ability to transform into anyone she chooses, we are introduced to several supporting characters that collectively make Inari KonKon a fun, light-hearted tale. They play a fairly important role in depicting the budding romances, girly fun, notions of family pressure, ideas of arranged marriages and of course, the many forms of love.

What I really liked about this anime is that it is largely centred around the idea that love can come in many forms and that the bond between friends can be as strong as familial love. This anime also showed that love can exist in non-traditional forms as well, though this appeared to be more of an obsession type of ‘love’, which made for some humorous moments. 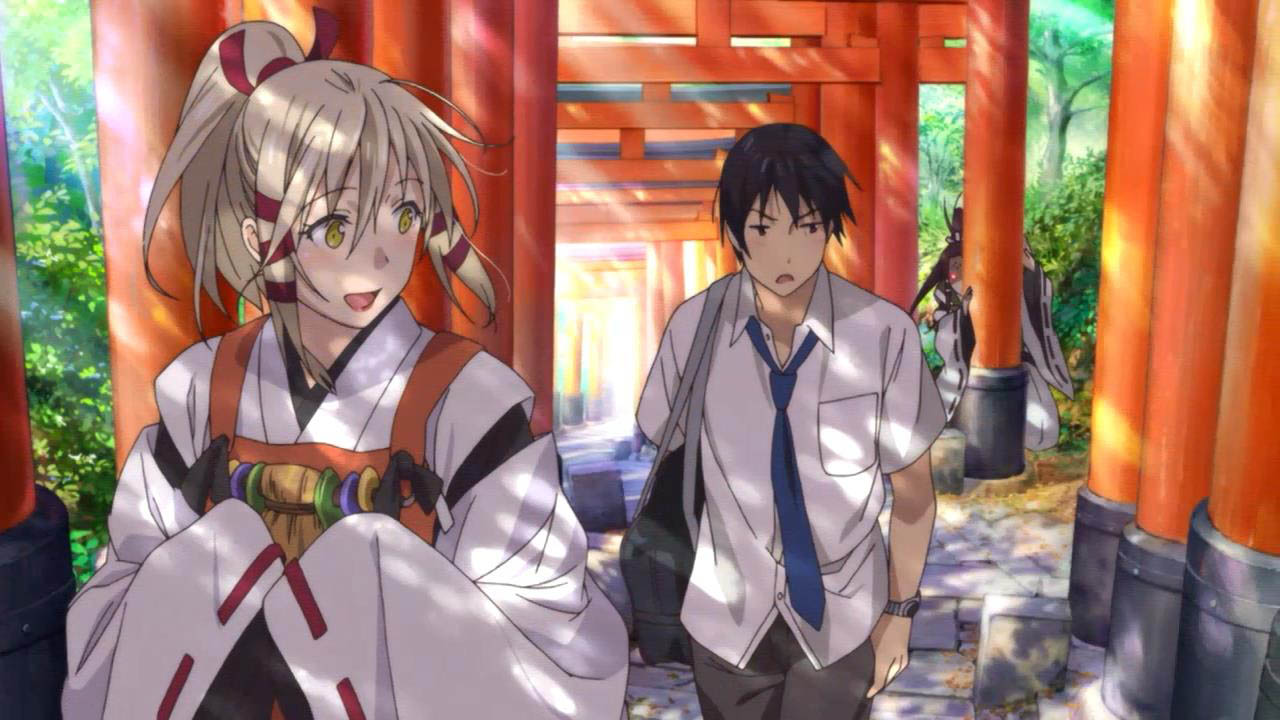 What also caught my fancy was the comedic moments that kept me grinning throughout each episode as well as the feel good feeling I got from watching Inari interact with the people around her. Both Inari and Uka are extremely kind hearted souls and their empathy toward others warmed my heart. I can’t tell you enough how this anime restored my faith in people, or at least reminded me that despite the cruel things we can do to each other, people have the capacity to be incredibly caring and compassionate.

The art style of Inari KonKon was another factor that made me enjoy the anime. The art, depicting a typical Japanese town, with a local shrine, was almost breath-taking. The colours captivated me and the structure of the shrine was fascinating. Everything that was visually depicted in the anime was just beautiful that I found myself wanting to pack a bag and head to Japan on the next flight out. 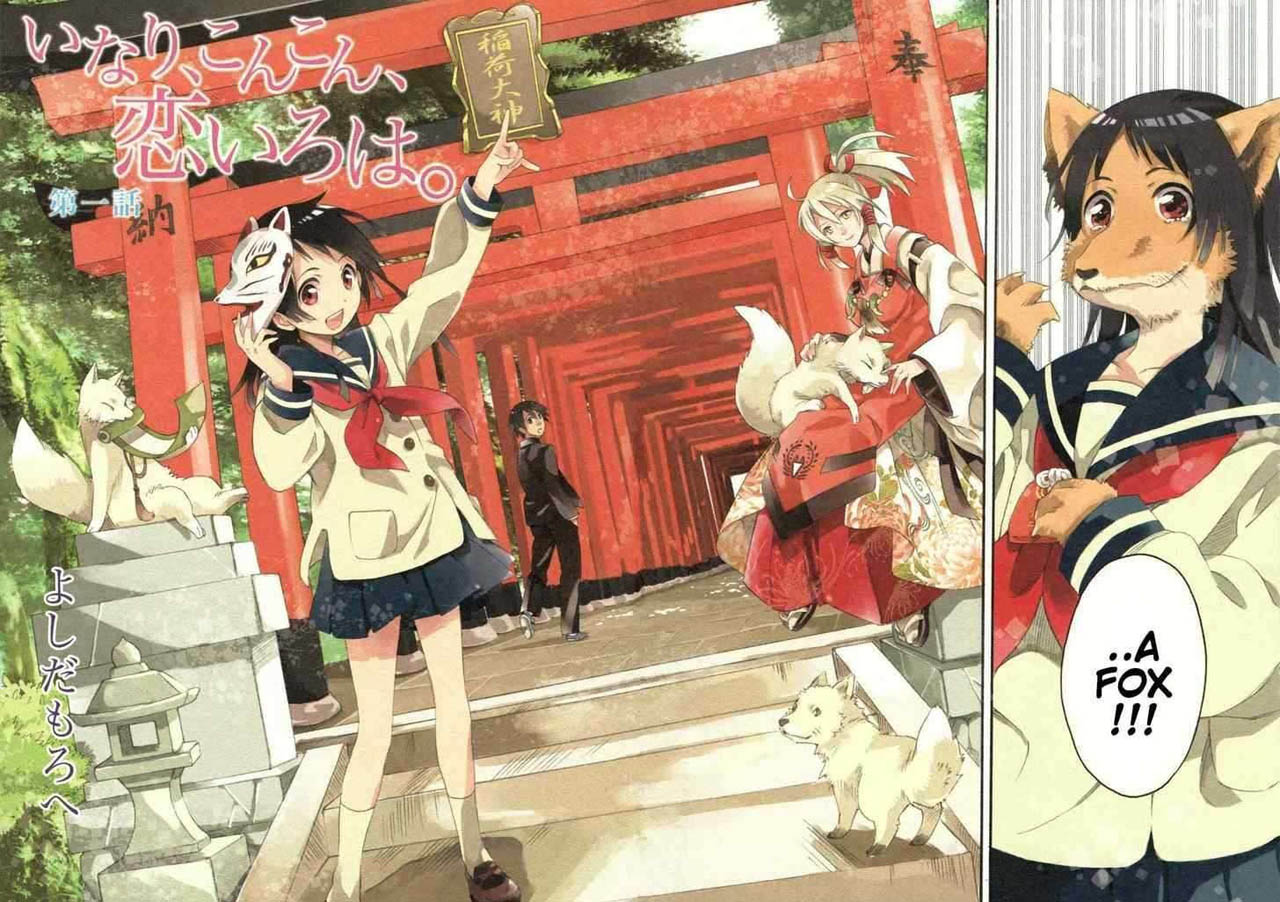 If I had to find a fault with this anime, it would be that there wasn’t any sort of conclusive answer in relation to the budding romances that were occurring around Inari. I also wasn’t too happy with the ending, though it tied into the story fairly well.

All in all, Inari KonKon was worth the watch. With only ten episodes and an OVA (Original Video Animation), this anime is a breeze to sit through and one which is not only perfect for your downtime, but also an excellent choice for whenever a pick-me-up is required.