Hands On with No Man’s Sky 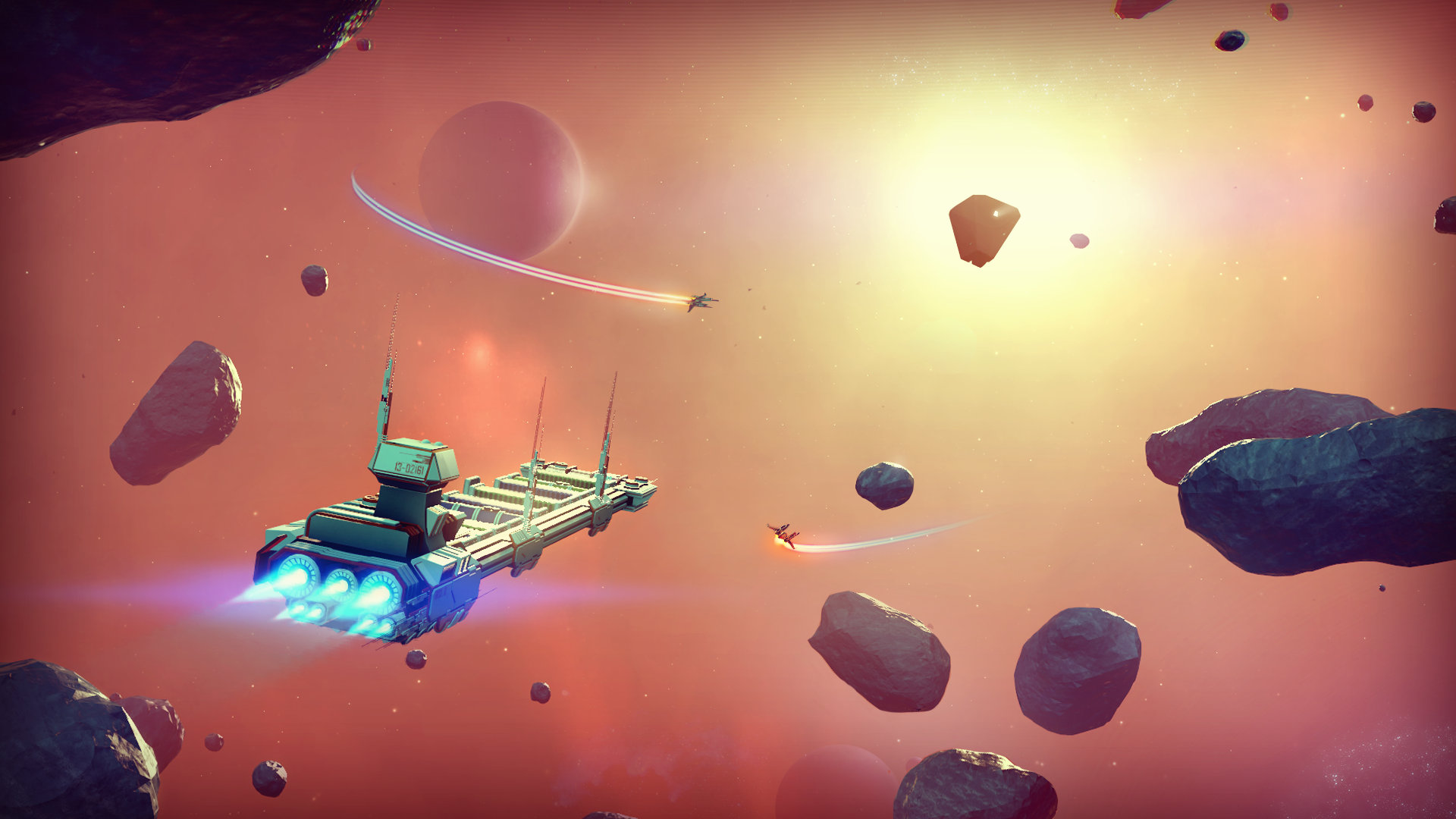 My recent behind closed door demonstration of No Man’s Sky has turned me from a skeptic to a believer. If you are unfamiliar with Hello World’s upcoming science fiction sandbox game then let me catch you up.

No Man’s Sky takes sandbox to the next level by creating an infinitely big galaxy for you to play around in.

Players start the game by being spawned on a random spot on a random planet in a random solar system. While the universe is shared with all other players, Hello Game developer Sean Murray stated that it is unlikely that you will actually meet other players due to the incredible size of it. 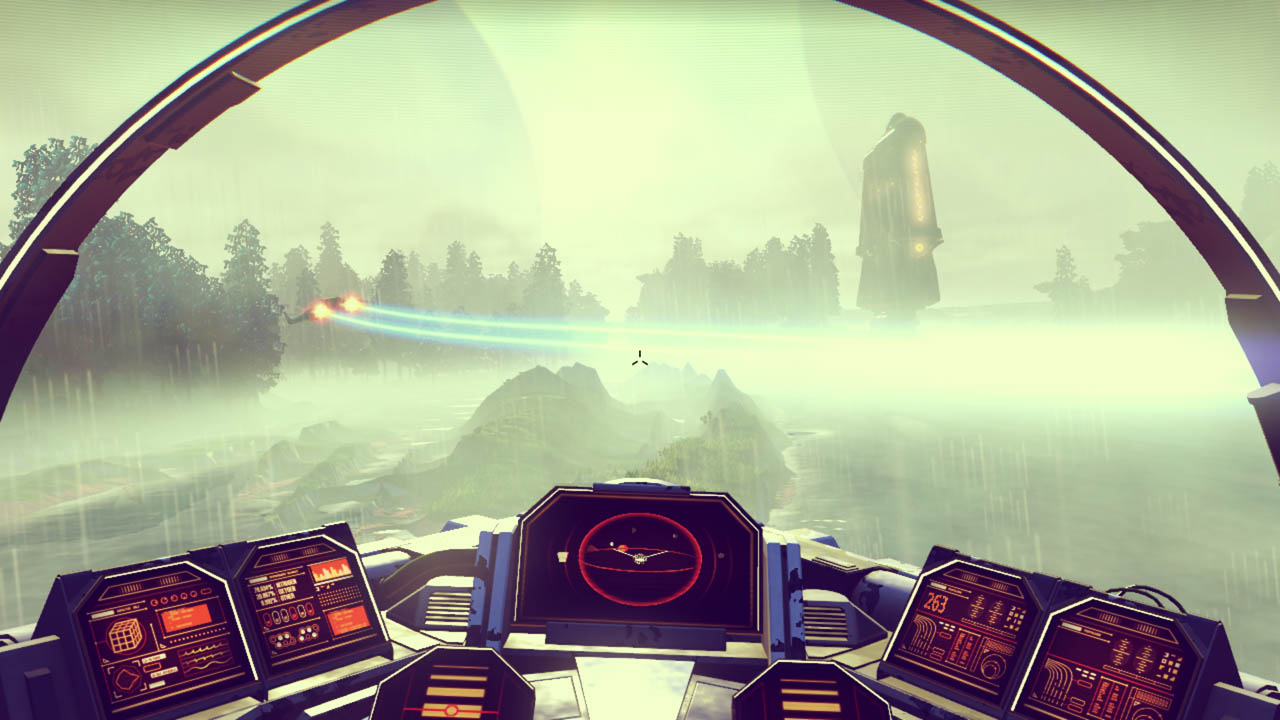 The game takes place in three different environments, on land as you walk around, under water or in space on your own personal spaceship. Going between each one is seamless requiring no load screen.

Sean stated they wanted the game to feel alive and be a living breathing universe. The game manages to give off this vibe incredibly well. The galaxy features numerous different factors, each planet is filled with unique animals in the water and on land and everything just generally feels like a natural universe.

Each planet, solar system, animal species, spaceship and weapon is procedurally generated. This means that each planet you visit will be different, featuring different flora, fauna, landscapes, resources and points of interest. This works into the heavy focus of the game on discovery. 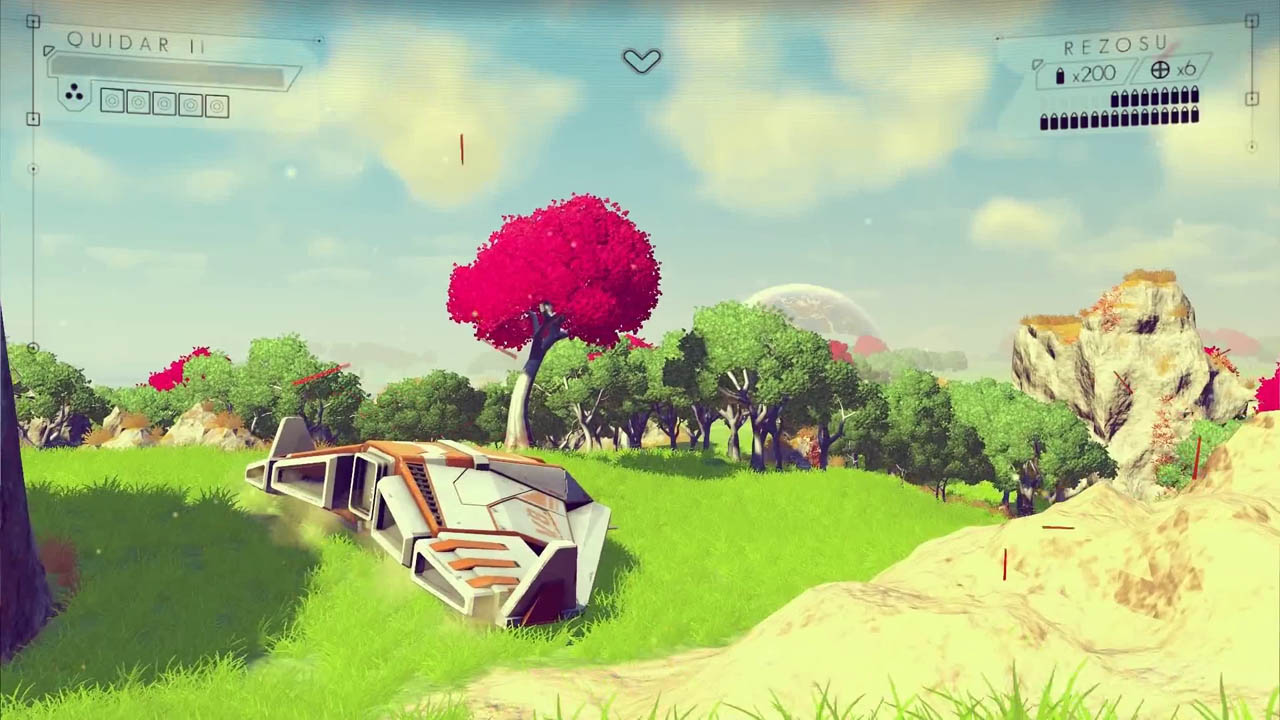 Each time you visit a solar system, you can scan the planets and the landscape for new discoveries. If the planet or species hasn’t been discovered before by another player, something that seems likely given how enormous the game is, you have the opportunity to name the species or planet and add it to your personal Pokédex -esque index.

To rename the things you discover you first have to upload it to a beacon which is located on each planet.

Each planet has on it various points of interest which include buildings, trading posts among many other things. While buildings do feature in the game, there is no cities as such. Instead Hello Games is going for more natural and uninhabited environments. 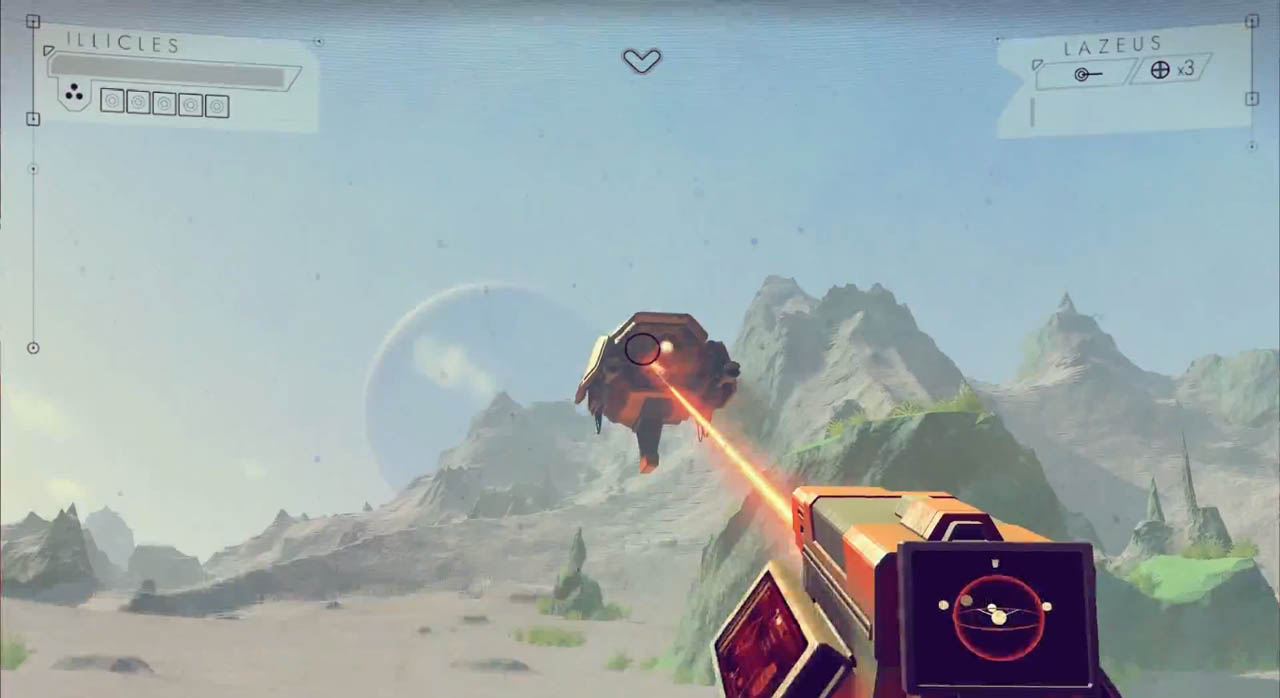 The game features a multitude of game mechanics including crafting, trading, upgrading, resource mining and exploring. Each aspect of the game appeared to be incredibly well integrated into the universe making everything feel active and alive.

There is no story as such. But there is much lore built into the universe.

While the lore isn’t explicitly told, the developers use it to design certain aspects of the game. The central goal of each player however is to get to the centre of the universe. No explanation was given as to what the player will receive if this is achieved or the reasoning behind it. 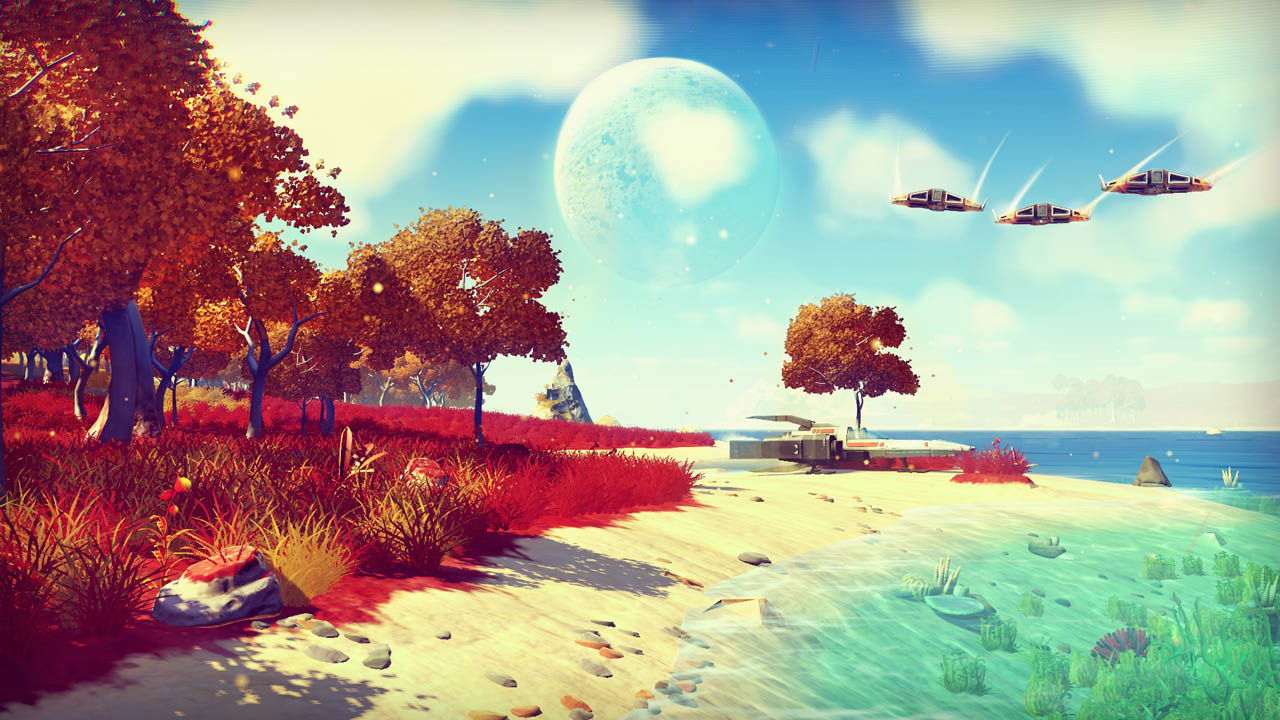 Combat in the game can take place either on land or in space. The randomly generated native species on each planet can prove hostile and deadly.

To take them down you use your trusty multi-tool. Killing local fauna, or even excessive mining can raise your wanted level. The wanted level acts similar to Grand Theft Auto with local sentinels, who aim to preserve the planet, beginning to chase you once you get a level one of being wanted.

As your wanted level increases you began to face stronger sentinels with an AT-ST reminiscent robot being featured in the demo I saw. 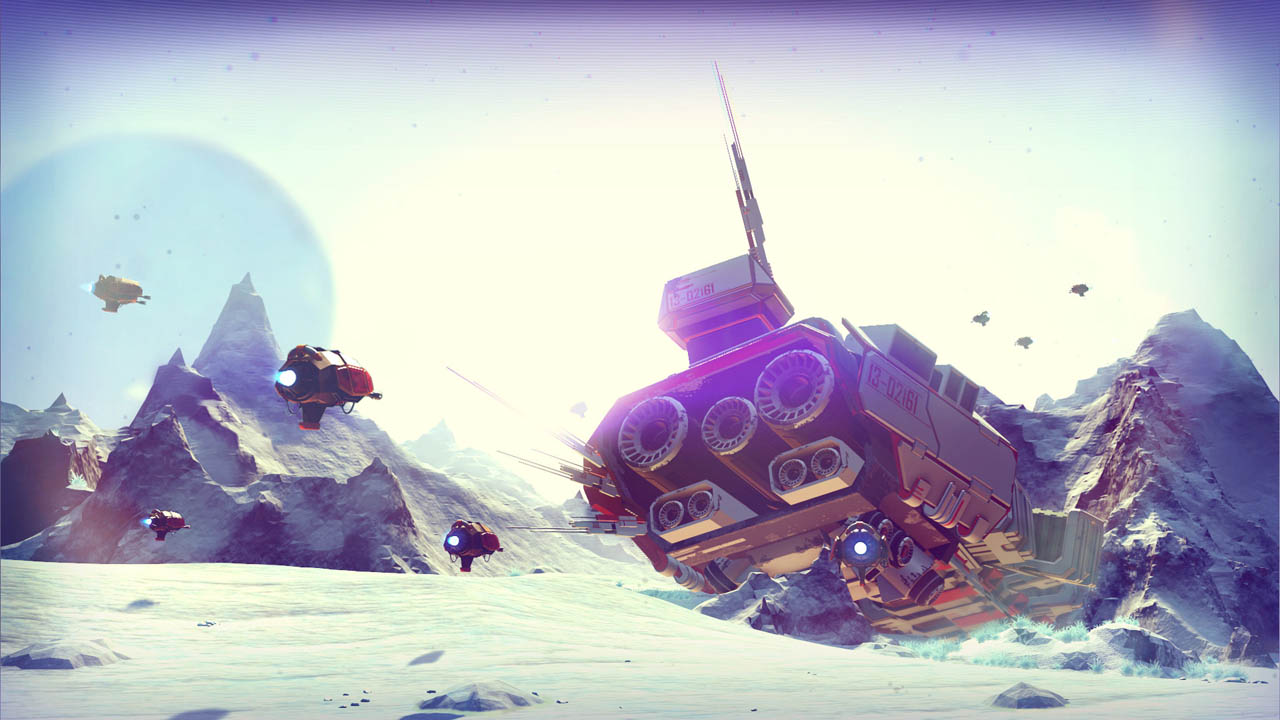 Dying on a planet results in you losing all resources gained and discoveries made since you last uploaded them at a beacon. Dying in space however results in much more significant losses with you losing your ship and respawning at a nearby space station.

The resources you gain from mining things on planets, buying things at trading posts or killing others allow you to upgrade your ship, suit or weapon. In order to upgrade you must first have discovered the technology. An extensive description on how you unlock these technologies was not given however it was told that they can be unlocked by discovering buildings. 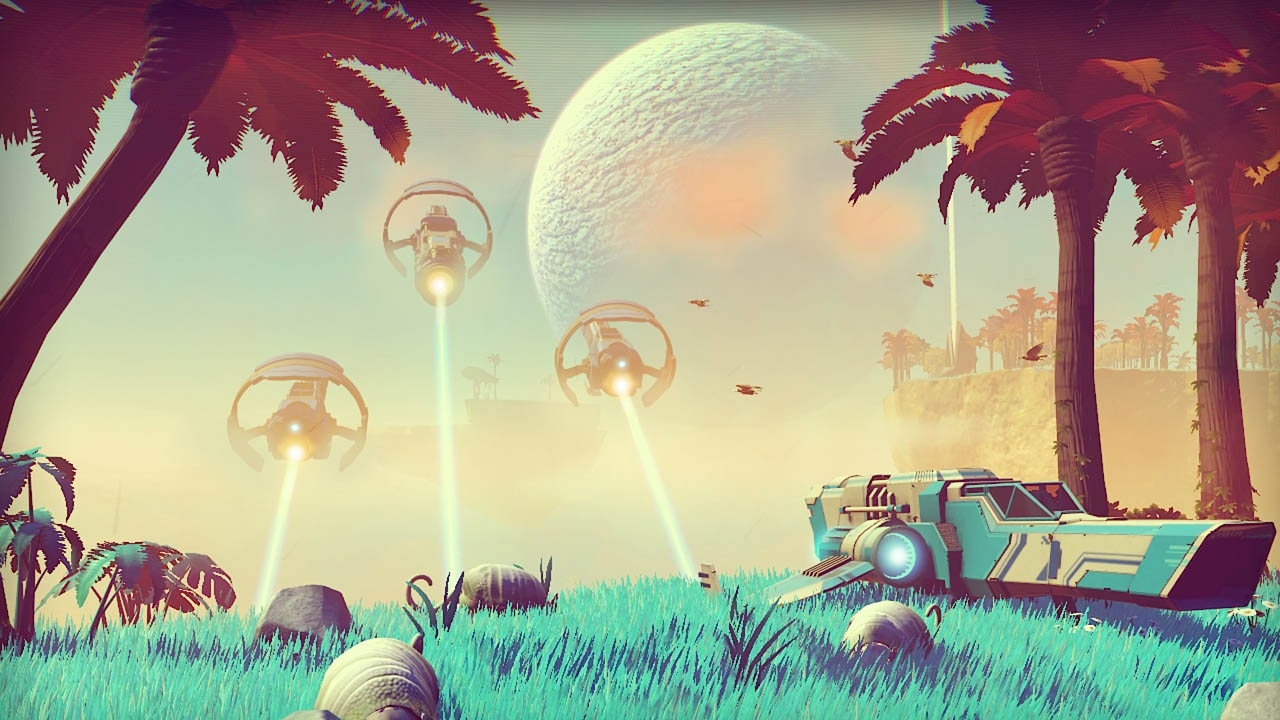 I came into the conference unsure whether it will be a suited for me, I left with certainty that I will sink countless hours into the game. No Man’s Sky is coming to PS4 next year and PC sometime after that.

If you love the idea of exploring, crafting and upgrading then you should certainly check this game out