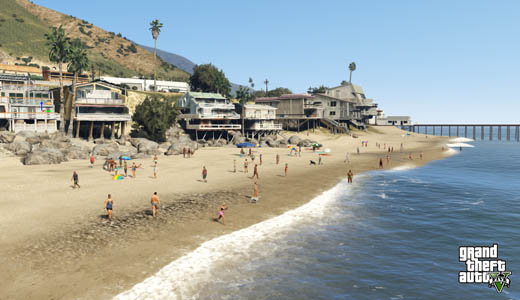 When is a screenshot not a screenshot? When it is a PC render. Like any gamer worth his salt I’ve been pouring over any and all the information that I can get hold of about Grand Theft Auto V.

Which, if you’ve been living under a rock, comes out next week.

Over the past few months GTA uber-publisher, Rockstar Games has been slowly trickling out trailers and screenshots for their upcoming opus. Whilst taking a look through the latest batch of images, which you can find on the Rockstar website here (http://www.rockstargames.com/V/screenshots/screenshot/878), I noticed something odd.

The purported screenshot showing a row of timber beachfront properties has a tiny, almost un-noticeable feature that suggests that it is not screenshot at all. To the left of the image, which I’ve reproduced below, you can see a little Blue, green and red mark.

These marks are used in 3D programs to represent the X,Y and Z axis. The mark’s presence in the screenshot is interesting because, unless Rockstar developed the game on a console (which is unlikely), the image is most probably a work-in-progress PC render and not from the in-game engine running on a PS3 or Xbox 360. 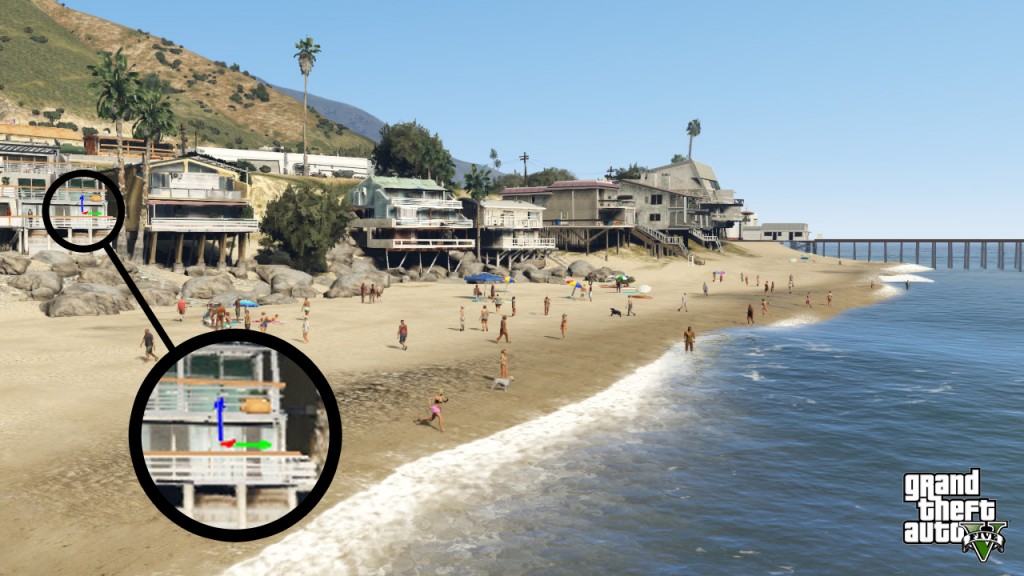 How many of the other GTAV “screenshots” and videos are actually from the game running on a console?

Rockstar Games were asked to comment on the above, but as yet have not responded.