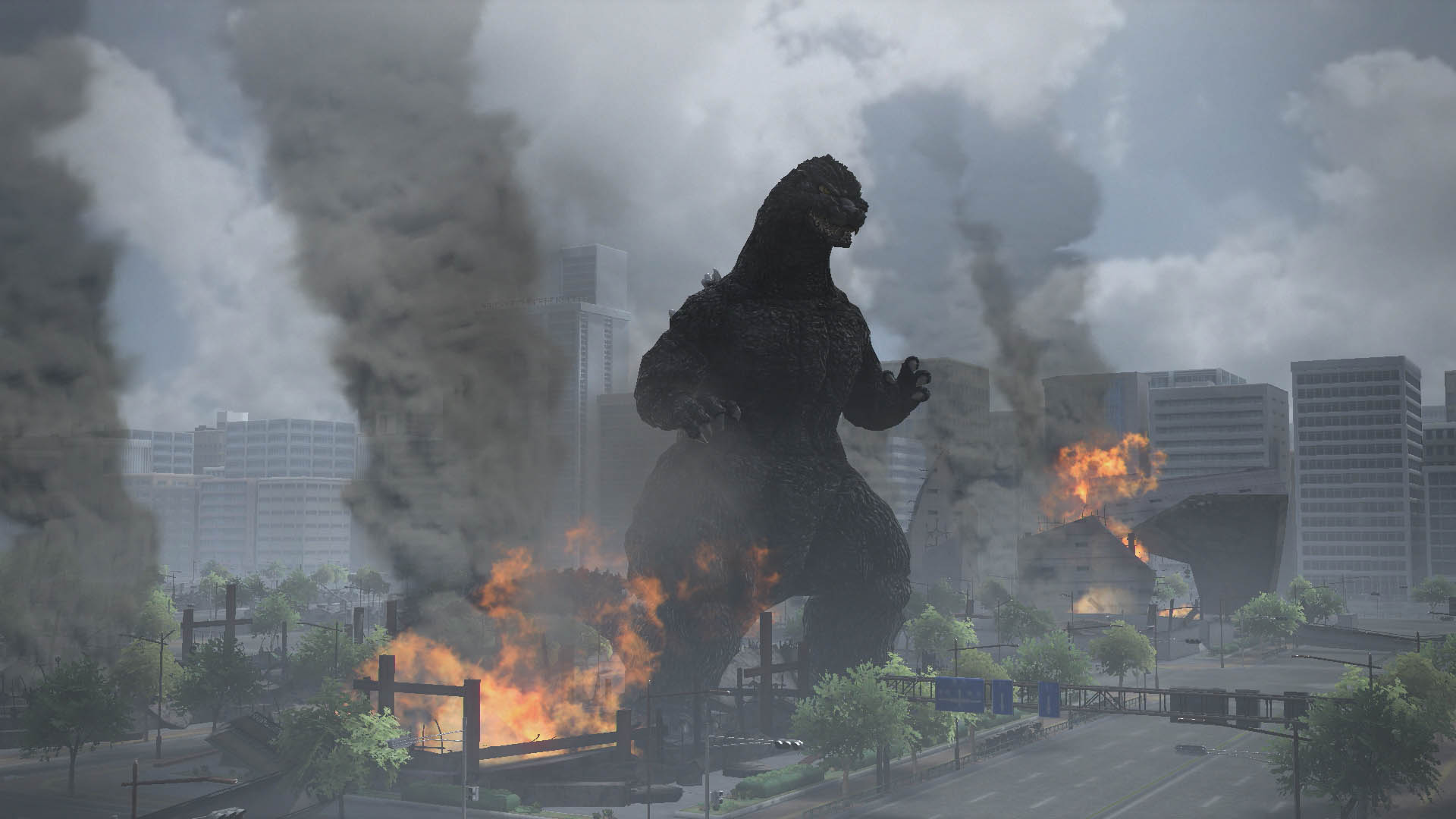 I love the idea of a big giant lizard with awesome powers destroying everything and the thought really makes me smile. Unfortunately, even with such a cool idea at their disposal Natsume’s game Godzilla, on the PlayStation 4,did not make me smile one bit.

You are Godzilla, a giant lizard with immense strength and the ability to breathe blue energy rays. You get a quick tutorial how to fight before the game starts. I found the mechanics both bizarre and harrowing. To turn you needed to press either L1 or R1 for the associated direction. The analogue stick was used solely to move forward. I feel they could have just used the analogue for all directional movement and it would have been fine.

There is of course your heavy, regular and energy beam attacks. There is also a grab move that I never found truly usable. Understandably Godzilla also moves painfully slow. While it makes sense due his size it just made playing the game a little bit more detestable. 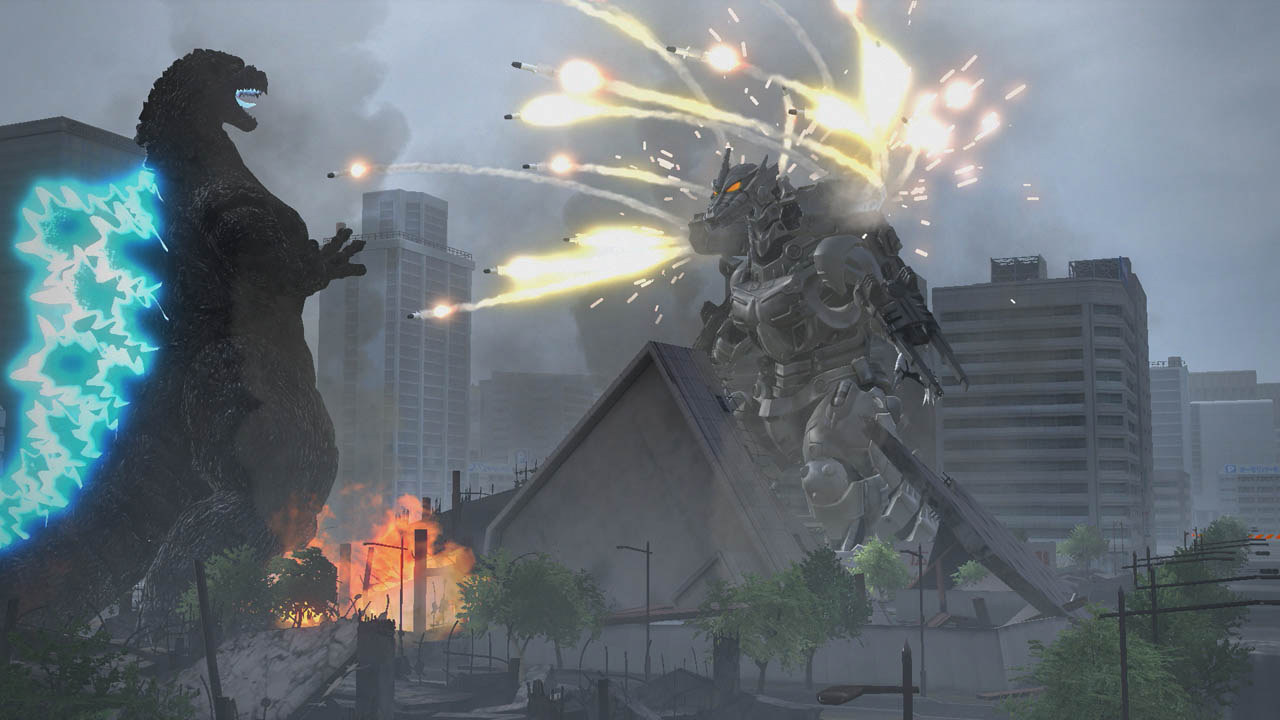 Once you’ve sort of got a handle of the fighting mechanics it’s time to choose a mode, of which there are several. The main and more attractive of the lot was ‘God of Destruction’ mode.

This had you play as Godzilla through a bunch of poorly created sets. The main goal never changed. You had the very repetitive aim of destroying a certain number of generators on each Level. It seems that’s what Godzilla is all about these days.

There are random buildings and other infrastructure to destroy but they can generally be ignored. 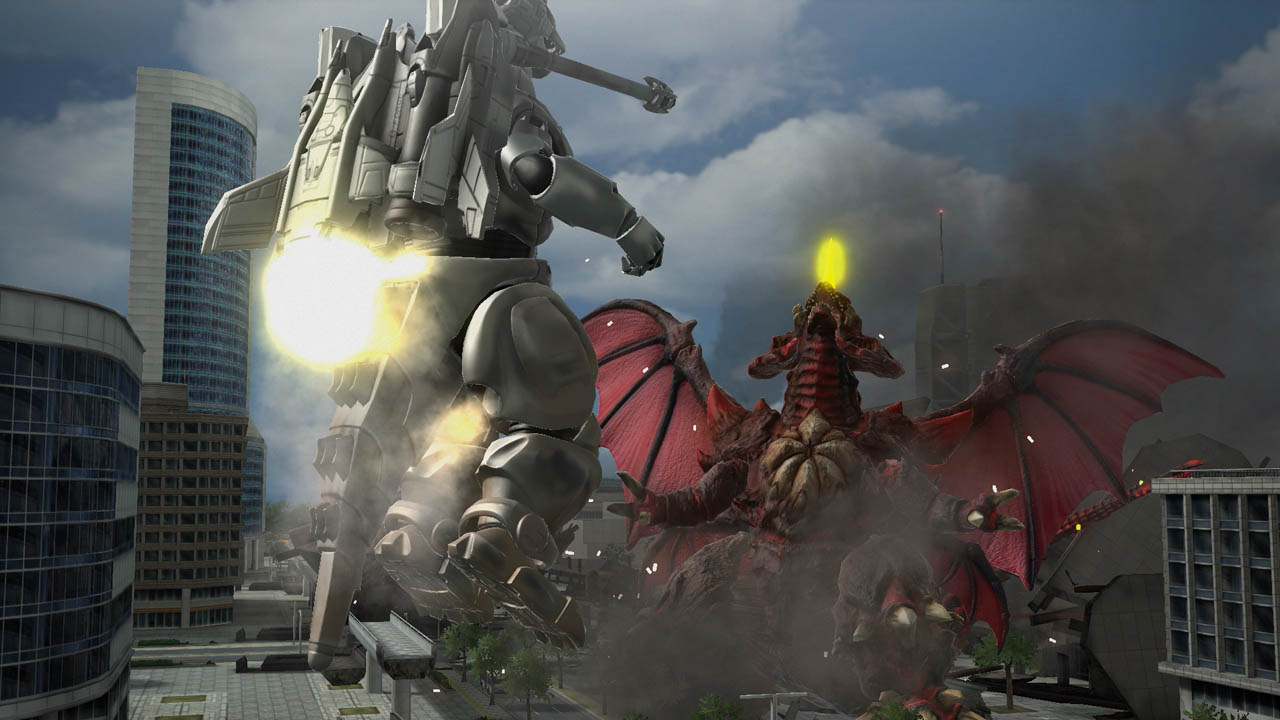 This mode had human dialogue running through it with calls for attacks and general dismay at how much destruction Godzilla is causing to the human race.

It was a bit weird. There were generally two participants in the voice over dialogue. The Prime Minister, of which ever country I was rampaging destruction in, and a special task force operator who would pretty much spell out your current movement.

I wasn’t sure what I was supposed to make of it as I was the one causing all the mayhem and death to the species. The highlight of the conversations was when a Prime Minster said something about ‘try our goshdarnest out there’. I’m sorry but what? 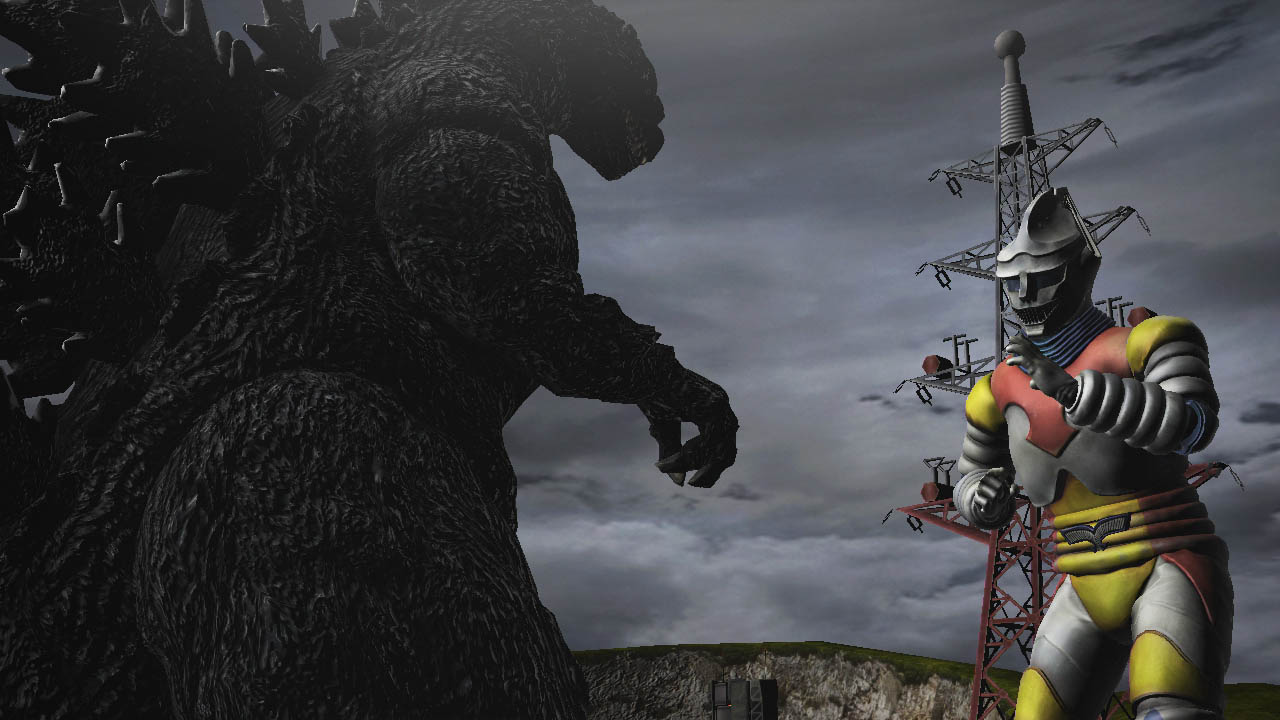 Making it through odd dialogue and dodgy game mechanics, Godzilla slowly grows in size and becomes more powerful as you progress through Levels. Now this I feel was only in the numbers.

The little bar that said I was now 70m tall was, to me, the only indication of my size. Considering I’d started at 50m I really couldn’t tell within the game if Godzilla had actually increased in size. It all looked very much the same. Only the number changing told me so.

This was the same with the ‘Power Increase’. Honestly I don’t know if there was but the game told me so, so heck I decided to be nice and believe them.

It didn’t help that I didn’t feel like a big monster rampaging through a city, there simply wasn’t much sense of scale. All the buildings had cardboard box qualities which made the whole scenario less believable. 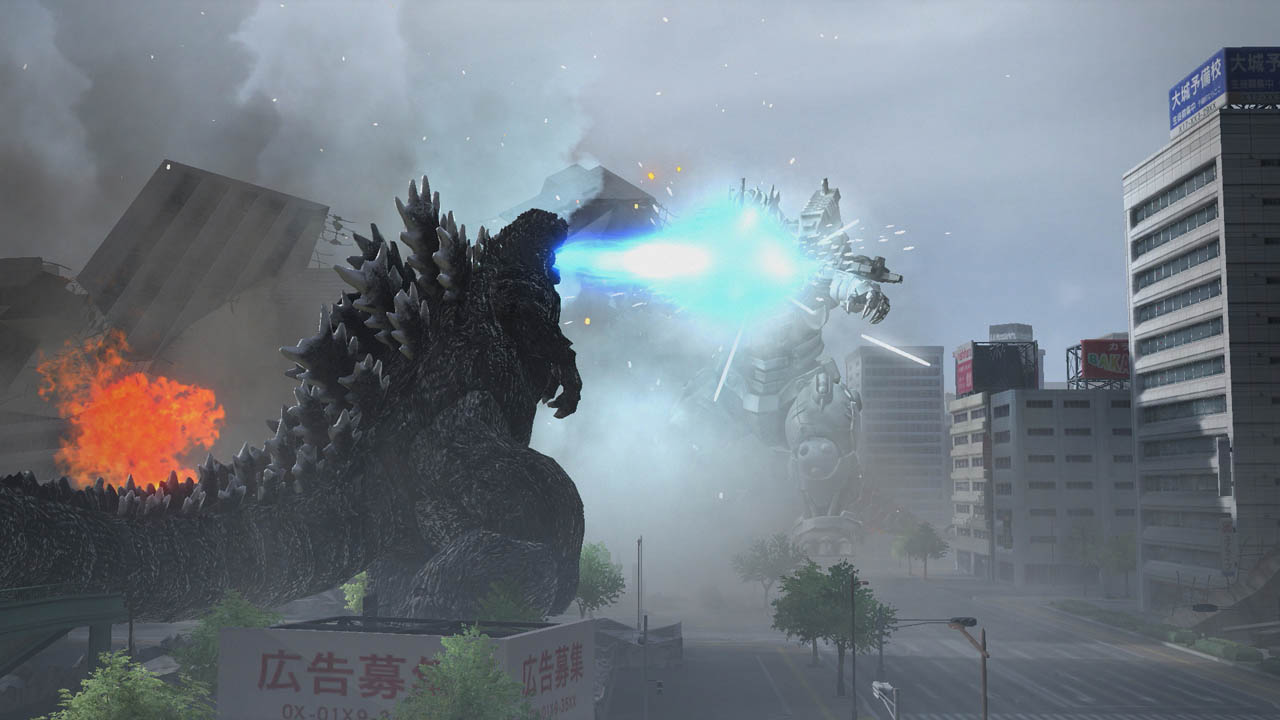 Even if I managed to find this enjoyable the game really doesn’t have much to offer. The Story mode, if I can really call it that, barely lasted a couple of hours. There are other paths to take but it’s very much all the same.

Apart from destroying the constructs that supposedly pass for a city, other Kaiju, that is other giant monsters, come out of the water works to fight you for no particular reason. So you beat them up and get right back to destroying generators. These monster fights were slightly more engaging than the rest of it but it was still a frustrating experience. You either smashed them or got caught up in some combo of theirs, to which the game, annoyingly didn’t allocate a dodge button.

This made the whole experience just that much more trying. 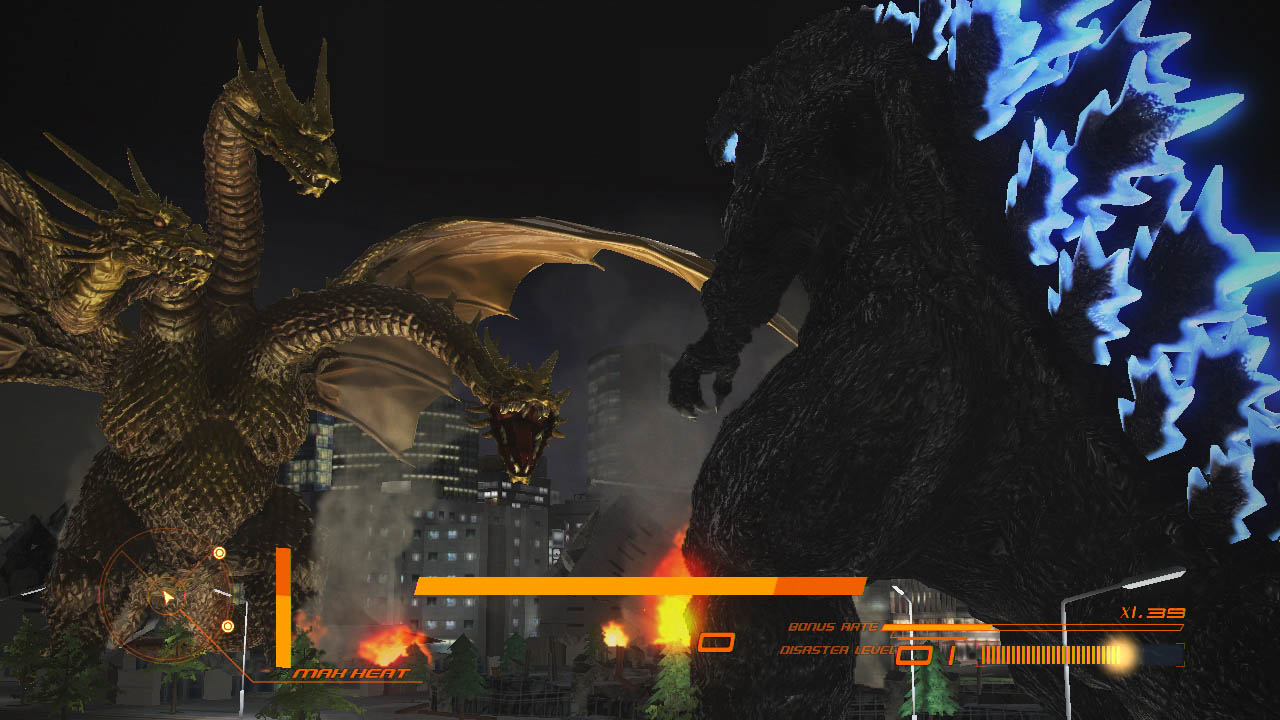 The other modes include an Online vs mode, which I couldn’t play as thankfully, there was no one else online to play with. You can also vs. other Kaiju, but only the oversized critters that you have already fought in the ‘Story mode’.

There is also an Evolution mode in which you can play as any of the unlocked Kaiju including 4 types of Godzilla and just power them up which realistically does nothing. The last playable mode is Diorama mode where you just set up a little, well, diorama. The menu was rubbish and I didn’t quite see a reason to explore this mode any further as the actual point was beyond me. 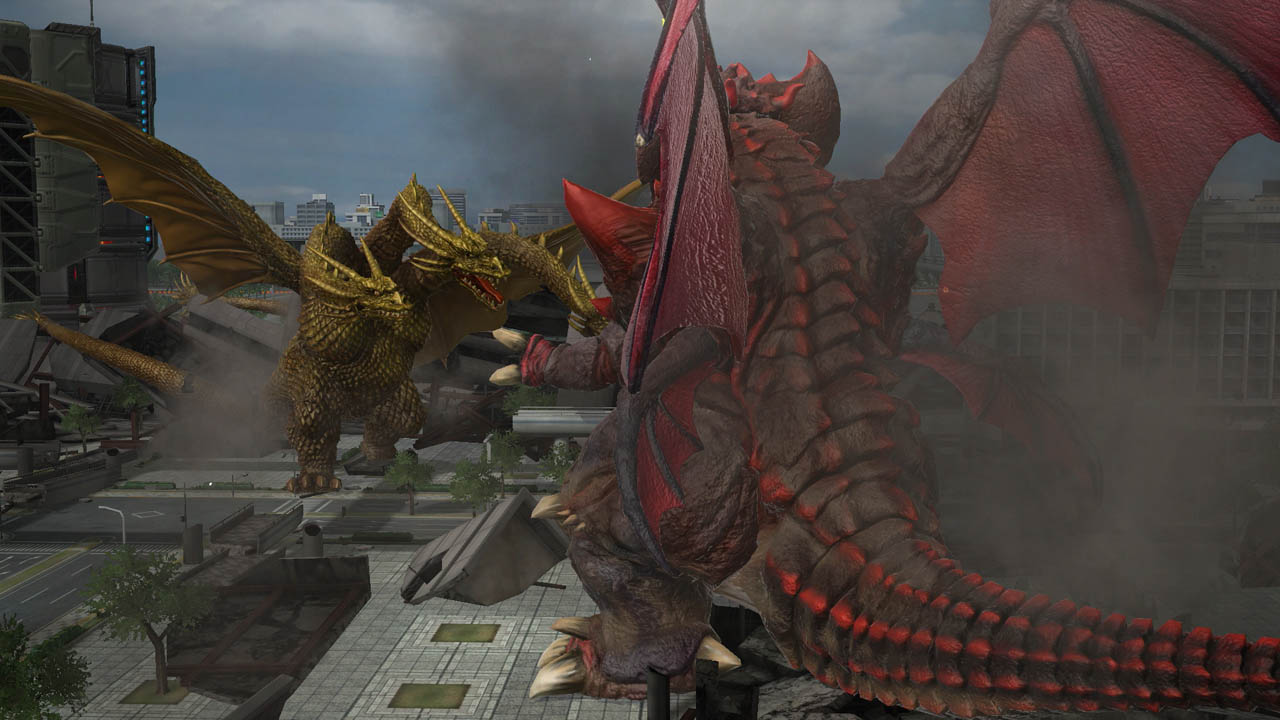 Regardless of mode the layout of each Level was dull and rather unimaginative.

Each area had a bright orange line around the space in which Godzilla was able to move around in and cause destruction. I don’t quite know what is worse, an invisible wall or such a blatantly spelled out one. It didn’t help that graphically the game looks early PlayStation 2 era, if that.

I really wanted to like this game. Godzilla is a big destruction causing lizard that has captured most of our imaginations but alas this game has managed to suck the fun out of the whole idea and gave us a poor arcade game at best.

The mechanics and general game are very much a letdown with very little to keep your attention. 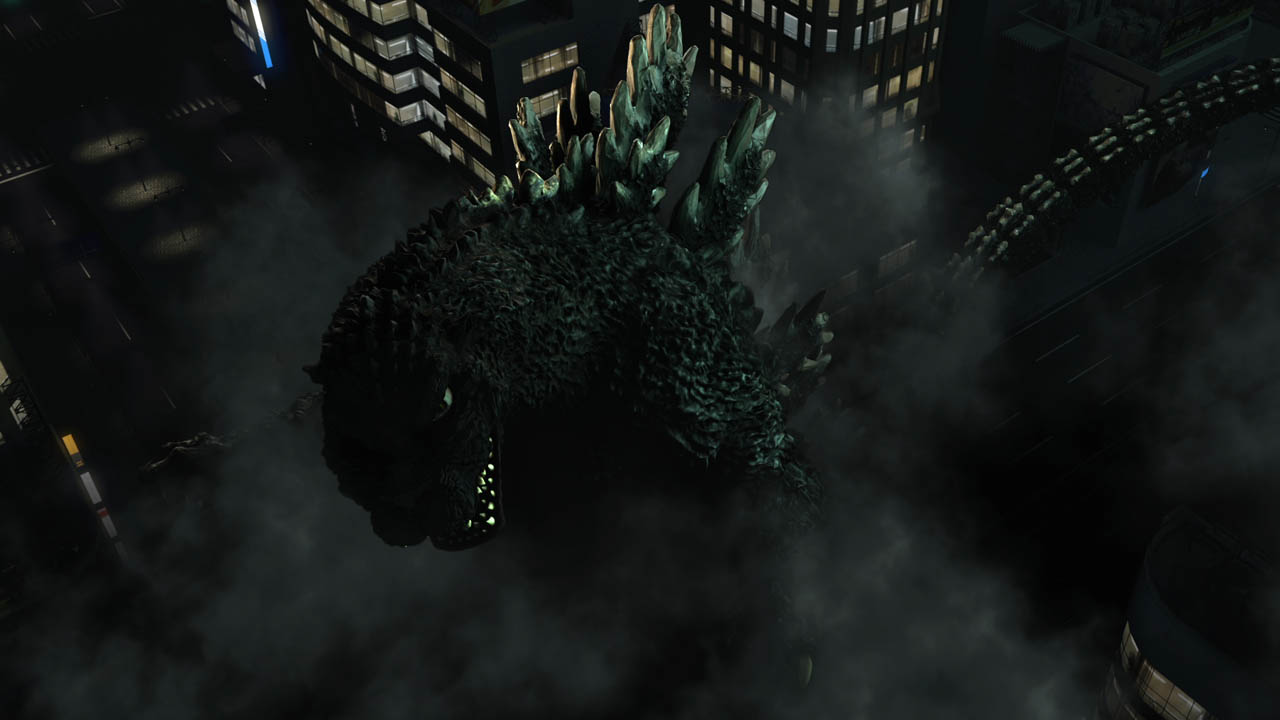 I remember playing a Rugrats game on PlayStation 1 where at the end you played as a giant Godzilla like reptile named Reptar and stomped around a city breaking things and breathing fire.

THAT was more fun and entertaining than this. It was Rugrats: Search for Reptar if anyone is interested.

When a small section from a PS1 game can outshine your PS4 Godzilla game, maybe you’ve missed the point. This is one colossal monstrosity of a game that not even Godzilla can save.