Gloria Victis – The MMPORG created by Gamers for Gamers – News 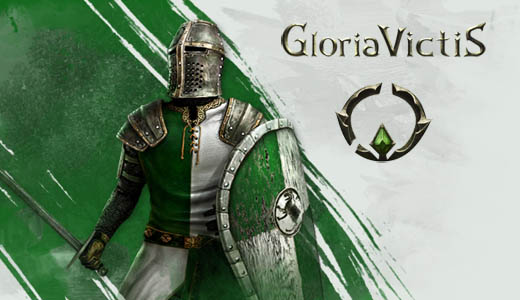 When it comes to MMORPGs there’s some big development companies out there, and a vast ocean of hungry gamers, dungeon crawlers and the like armed with their keyboards, mouse and strategic skills.

There are alot of cheap or supposedly ‘free’ MMPORPGs currently choking the internet like a garrotte.

These tend to be low-quality Korean Grindfests with recycled gameplay, stories, generic quests and graphics spawned in batches with the sole intention of taking money out of gamers’ pockets.

With the intention of breaking the paradigm of current onslaught of cheaply made, low quality MMORPGs and with the ambition of re-defining the genre, a group of gamers who also happen to be medieval aficionados decided to create a game that gamers will actually want to play and so the project “Gloria Victis” greeted the world abit over one year ago. 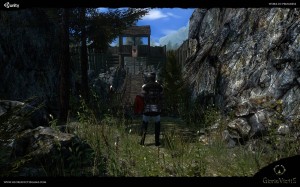 globally based team (including ANZ) are building this game out of passion to create a MMORPG that is not only a game but a work of art, and as a result no effort was spared, no corners were cut in the development of the project.

‘If something is not perfect we do not simply go “It’s okay let it pass” – it would itch us until we found a fix and worked on it until it is perfect’.

So, why would you want to play Gloria Victis and what exactly makes it different from conventional MMORPGS?

Firstly is the non-target combat system.

This is something that has not been done in MMORPGs before. Usually combat in current MMORPGS is simply a matter of clicking furiously and mashing the keyboard but with Gloria Victus the player controls every aspect of the attack whether it be a slash, stab or swing, the player controls how the attack is carried out, when it is carried out and from what angle, therefore the skill of the player is a crucial factor in the outcome of a fight. 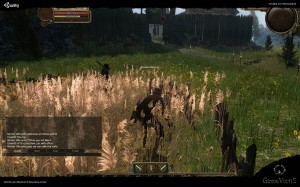 The game will feature two Quest modes; the main storyline which is to do with the games lore and narrative and then the heavy non-linear questing which are multi-pathed, branching and require the players to foresee the consequences of their actions.

The tasks are not just about the lives of peasants of towns and villages, but will also involve moral conflicts.

Many times the player will have to decide which way to choose and which side to take. Choosing one path makes the others unavailable.

During quests, you will be able to make use of skills such as: persuasion, intimidation, bluff, perception and more in order to get new, interesting information that will be helpful in solving difficult riddles.

There are various ways in which a player can complete a quest. For instance, if the quest giver requests an item, the player can fight for it, craft it, buy it or acquire it in some other way.

A lot of information and news will be hidden in letters, books or diaries of the peasants or their ancestors. Knowing the lore will be handy in the completion of certain quests. 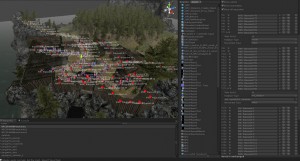 world of Gloria Victis the player will come across all kinds of quests. From simple animal hunting, helping with daily chores to social quests, events, puzzle solving and investigating crimes.

Real-World dynamics apply with consequences affecting gameplay to the likes of Armour being too heavy, which will slow your character down.

Each player can also obtain pets to the likes of Dogs or Falcons, which can scout for you.

A dynamic weather and day cycle system will ensure that your environment is ever evolving and can also be crucial to play.

And as with all of the above, if you encounter wild life, real-world rules apply once again, for example if you kill a boar it’s not going to drop a steel sword that it magically swallowed before being killed but instead the player would be expected to skin the boar, tan the skill and make it into equipment. 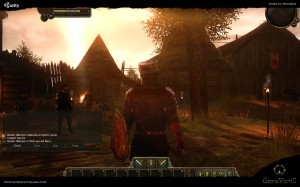 The Gloria Victis team are not a large gaming studio but probably the truest form of Indie Developers that you can find.

They have been working on Gloria Victis for well over a year now without funding or pay and most of the team still work day jobs, spending what little spare time they have during weeknights and weekends in the crafting of Gloria Victis.

‘We are not a big game studio, but in fact gamers ourselves, we have no funding and pay for things out of our day jobs. Despite no funding or salary we have been working on this project for well over a year now out of passion and love. That is why we feel we will bring a game that is truly a game for gamers, it is not tainted by money, and it is not driven by fiscal desires’.

As the game is built in the spirit of passion and the desire to make a realistic MMORPG, Gloria Victis will be completely free to play and definitely not pay to win. 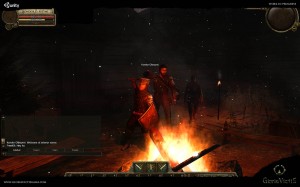 Shop will only sell cosmetic items that will not affect gameplay”.

Pre-Alpha Testing begins very soon and includes two maps, each taking 30 minutes to walk end from end and will have basic gameplay and crafting features.

There will also be a Kickstarter Campaign and in the very close future (approx 3 months time) Alpha Testing.

With BETA loosely expected to launch in about 8 months, the team are aiming for a full release in just over a year.

To find out more head over to their Facebook Page here and show them some love, or check out the progress and have your say at their Official Site.