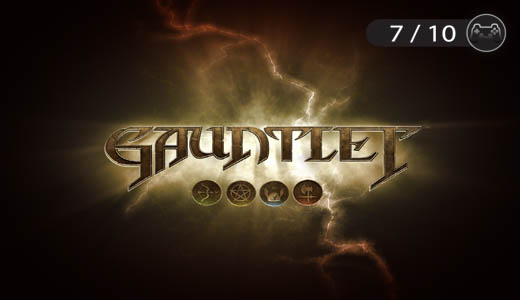 Arrow Head Studios brings us a top-down hack and slash game with a very appropriate name, Gauntlet. A remake of an Arcade Classic. Myself, having only played a few of these game types I was keen to explore this genre.

Despite being on the PC it plays very well with a controller/gamepad and is very much a multiplayer game.

Gauntlet lets you choose from one of four characters. Thor is a close combat warrior with poor range but a good hit. Valkyrie is medium ranged with skills echoing that of Captain America. She has a shield that can deflect anything and throw like a boomerang to do more ranged damage. She also has a spear for close quarters. 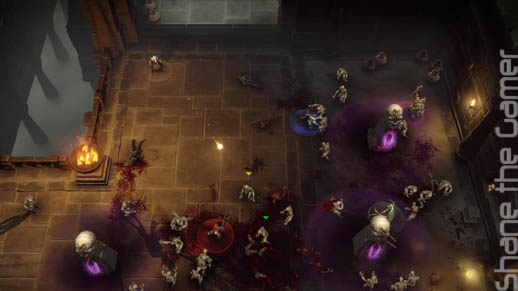 The Wizard is hopefully self-explanatory; he is mainly ranged with a few close reach and defensive spells at his disposal but doesn’t seem to handle close combat all too well. Lastly there is the Elf. He, as one might expect, is our ranged expert with bow and arrow. He does also have a grenade of sorts to help him get out of tight spots. 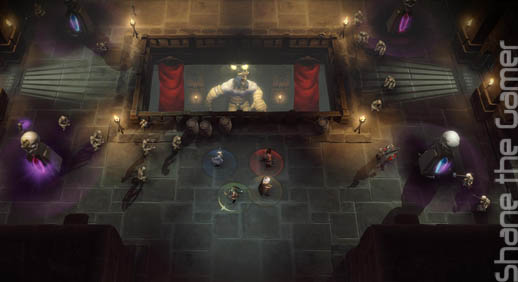 Between all these characters there is a good variety of battle styles to choose from. Starting the game has you briefly playing all of them in turn to give you an idea of which you might prefer. After the short introductions there are two options for players, ‘Start Game’ and ‘Quick Join’. 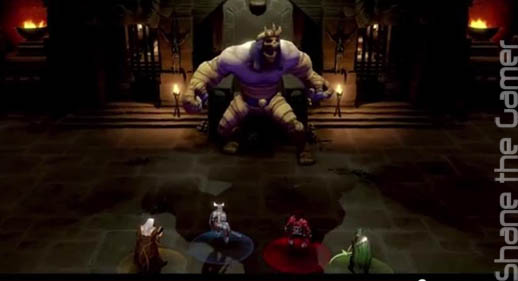 The first is where you can either dungeon crawl on your own, lead a private party or host a public one. Hosting you own is preferable as you have first choice in which character you’d like to play as. You can’t have more than one of each character in your party, leaving the last person to join with no real option. The other good thing with being leader is you can choose what levels to play. 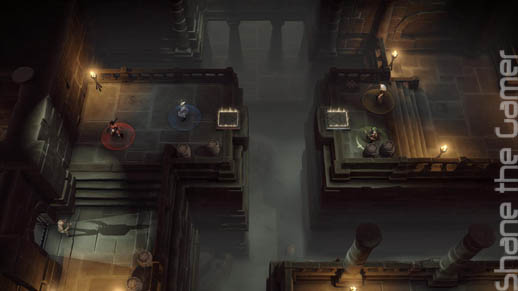 Dungeon crawling on your own is not a recommended path as the game does punish you for attempting the lone ranger thing. I played the first dungeon a few times on my own and died just too many times to recover. Once a friend joined in the fight, not only did I finish the level within a timely fashion it was definitely easier. I am also happy to find local coop is available even though it is on PC. 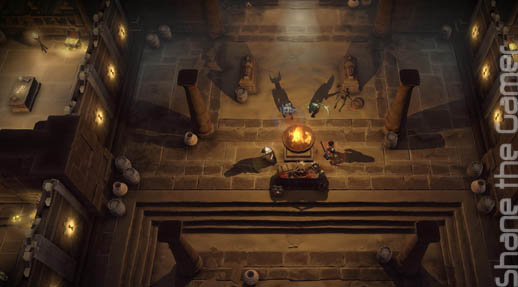 Selecting Quick Join has you joining someone else’s public party. This leaves you at their whim in the sense that even if you have not unlocked all the levels, if they have you can end up playing levels out of order. Now that’s not the worst thing in the world but for someone like me, definitely gets on my OCD nerves. 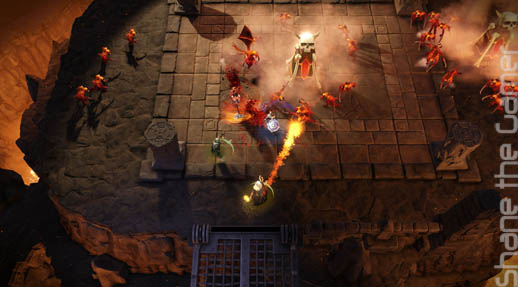 The let down in this game is the story, or lack of. While it’s a fun multiplayer dungeon crawler, it’s nice to know why you’re doing so. There is a voice over every once in a while to remind you that there is some sort of reason for trudging through the dungeons other than just having fun. Even this is a bit confusing and doesn’t actually offer much information. 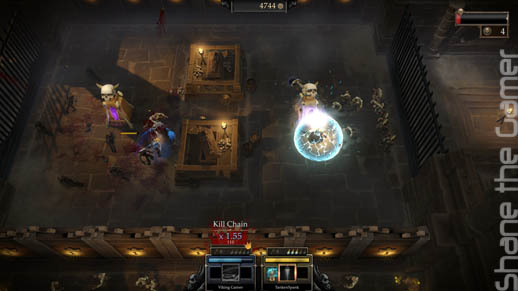 There is gold to collect and special relics to spend it on.

Relics can be purchased and upgraded, at steep price of course. They also require special potions to use. Once the relic is activated they can help tip the balance in battle or put a dent in the horde of evil creatures after you and your companions. Your chosen relic might summon a mini tornado or boost your attack speed. You can have a max of two equipped.

Unfortunately relics and money don’t carry over between characters. This means you have to repurchase and re-upgrade for each character. 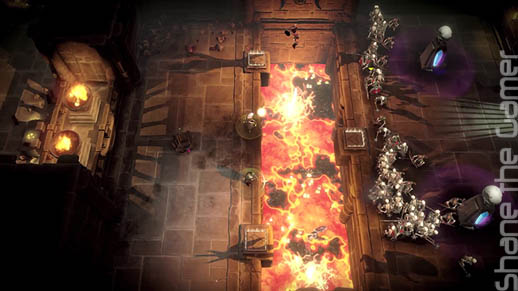 One other reason to keep you playing are the cards which can increase you character’s abilities and offer extra rewards. These are unlocked by simply playing the game.

More gold can be earned from smashing a certain amount of jars or even dying can earn you a bonus. This was fun but I was disappointed that this was the extent of the character development and upgrading. 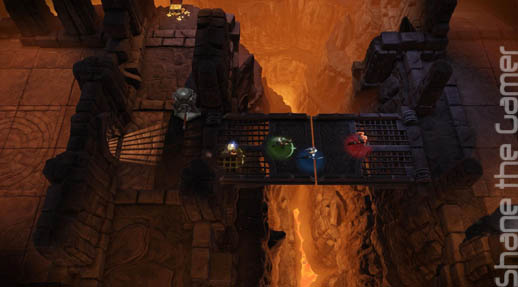 I can appreciate it levels out the playing field no matter when you join a game but it would have been nice to have other ability upgrades to look forward too.

The game is fun and offers an enjoyable multiplayer experience. It does lack in both story and depth. Though simplistic is refreshing and entertaining. So if you are looking for a bit of fun with friends here is a game that can offer a fun afternoon of mindless dungeon crawling.