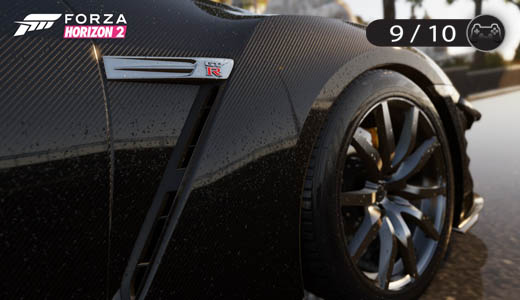 Despite not being a big fan of the racing genre, Forza Horizon 2 has managed to become my favourite Xbox One game to date. By simultaneously balancing both accessibility and depth.

Playground Games and Turn 10 Studios have managed to create a game that both casual and hardcore racing fans can enjoy.

Forza Horizon 2 sets the pace with a well put together live action introduction showing that racing is much more than just a sport. From here you are introduced to a European inspired world involving several cities and regions in southern Europe. It is in this world that the Horizon Festival is taking place. 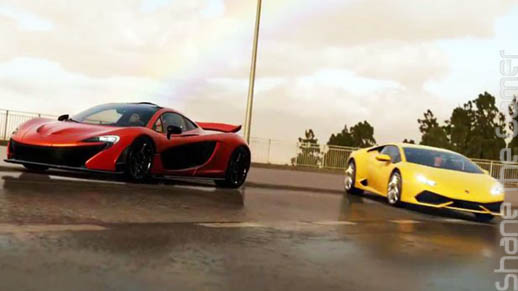 One minor problem is that there is no female character to choose. Instead you automatically play as a generic male character. Considering your character has no persona or dialogue, I really couldn’t see a reason not to provide at least a gender option.

The ultimate goal in Forza Horizon 2 is to make it to the Horizon Festival Finale. To do this you must win 15 Championships involving 4 races each. 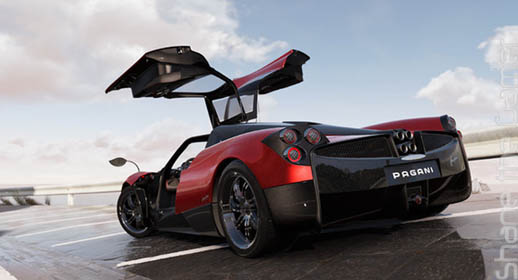 The game takes place through a sequence of road trips. Each leg of the road trip takes you to one of six locations where you choose the Championship you wish to compete in. I really enjoyed this idea of a road trip as the frequent change in location ensured that the game never felt stale or repetitive.

In all there are over 200 cars from which you can choose. It isn’t just the number of cars that make this great, it is how diverse the selection is. 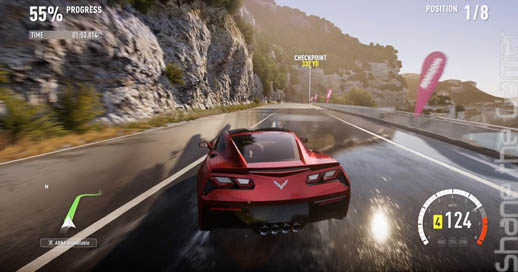 Another part of Forza Horizon 2 that I really enjoyed was how easy it was to upgrade your car or change its look.

When upgrading your car you can choose to upgrade individual parts. If you don’t know much about a car, information is given about what each part does. If you are somewhat lazy like myself you also have the option to automatically optimise the car for a specific class.

Decorating cars has a similar option. You can choose to design a car with very easy to use tools offering great depth to customisation level or you can choose to download someone else’s design online. When your design gets downloaded you gain credits which offers a great incentive to create your own neat, original design. 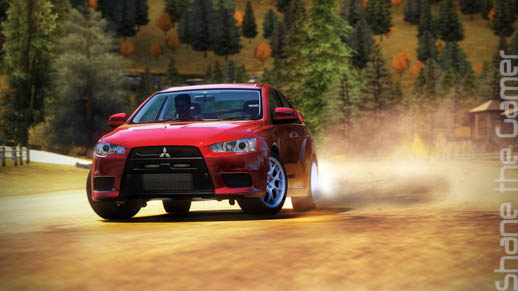 The handling of the cars also translates really well and realistically.

The rumble motors in the controller and triggers are used perfectly to make you actually feel how the car is handling. The difference in driving on a dirt, wet or dry road were really noticeable and felt generally well put together. The exception to this was when I found a sand bunker which acted in the exact same way as any other off-road section felt instead of causing me to get bogged down. 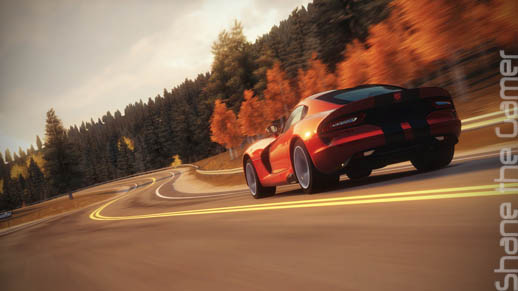 One of the reasons why I have never really got into racing games has been the frustration that one minor miscalculation can cause me to restart an entire race from scratch.

Forza Horizon 2, like others in the series, allows you to rewind time, allowing you to have one more go at that slight error in judgement. Doing this is however optional so if you are one of those people who loves the challenge, you can choose to completely ignore this. 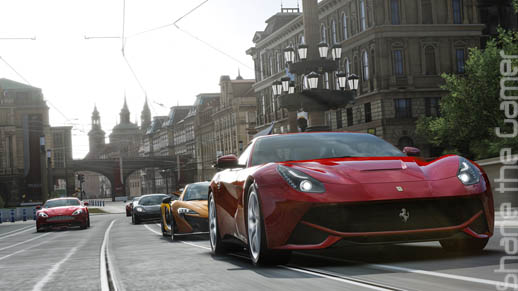 The world of Horizon is very massive. The beautiful countryside and architecture perfectly match the European setting. I also greatly enjoyed the diversity of scenery including such memorable areas as a castle, ruins, coastlines, beautiful open countryside, small towns and cities, forests and even a golf course.

Of course all this would mean little if there is nothing to do in these areas.

Thankfully though Forza Horizon 2 does spread a lot of things to do throughout their world including Bucket List challenges, hidden barns to find containing free and unique cars, Drivatars to race, bonus boards to knock down and Speed Traps to try and drive past as fast as possible. 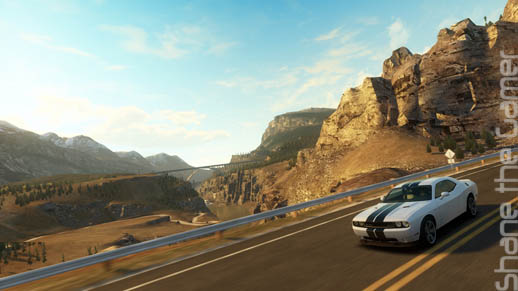 One of the more enjoyable ones is the Bucket List.

Here you are given timed challenges as well as a suitable and fun car to complete it in. I actually really enjoyed doing these challenges to both try out new cars as well as to give myself a break from just doing races.

The races in Forza Horizon 2 do offer a great sense of diversity due to the changing scenery and wildly varying tracks. However, the tracks do not feel as well designed or memorable as you may expect from a racing game seemingly due to the open world nature of the game.

It really does feel like they just created a world first then designed tracks by adding checkpoints at different points. The design of the track does vary greatly however from navigating through cities to driving through the empty countryside, on many occasions all in the same race. 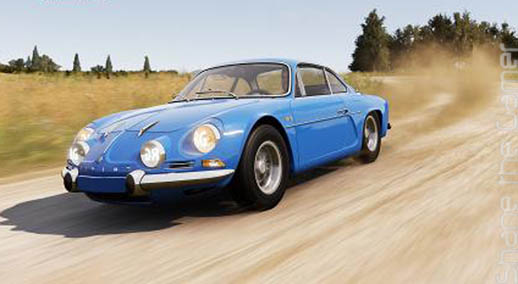 Outside of the normal races, there are a few special races that have you pitted against some very memorable opponents including a set of jet planes as well as a train.

The social integration into Forza Horizon 2 was one of the most well put together parts in the game.

Everything you do from completing race to knocking over bonus boards brings up a small leaderboard to compare how you are doing to your friends offering great incentive to try and beat them. 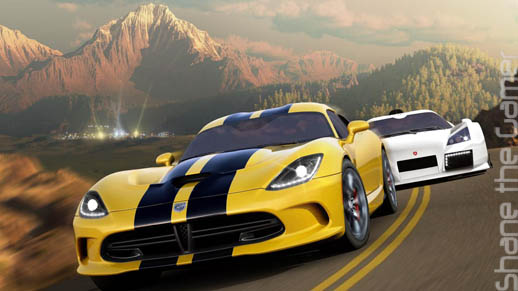 If for instance you just complete a race and another friend had completed the same race with a better time, you get the option to redo the race.

This puts you 1 v 1 with their ghost where beating them gives you both credits as well as great personal satisfaction. I found this provided great incentive to try and not only win races but get the best time possible.

The same Drivatar system that was utilised in Forza Motorsports 5 is present in Forza Horizon 2.

If you are unfamiliar; a Drivatar is supposed to be an AI simulation of the way you or someone else plays. Instead of racing default AI, you race the Drivatars of your friends and other people online. 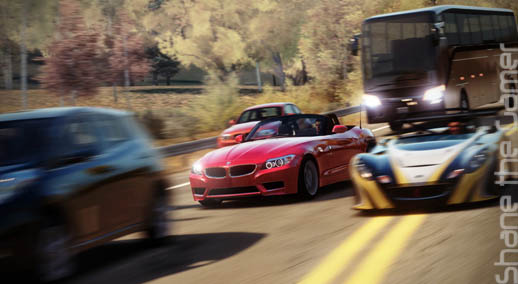 While in practice the AI did feel a bit more human than in other racing games I have played over the years, they all did very much still feel like generic AI. One example of this is instead of taking a shortcut over an open section of dirt, they would travel nearly twice the distance by keep to the road.

But online multiplayer enabled me to see my friends’ gamertags appear over the vehicles they have bought and decorated did give the other drivers a larger sense of personality. 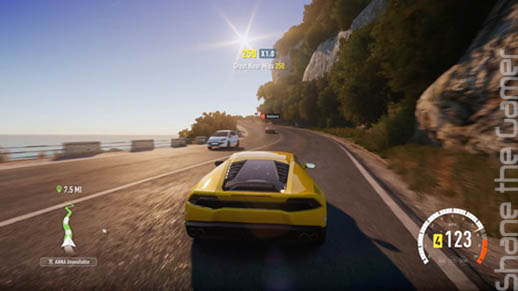 Unfortunately, as I played prior to release when not many others were playing, I couldn’t quite get the full taste of the online multiplayer components.

My few attempts at playing yielded me playing with at most two other people and even that was only very brief. What I did see did seem very interesting though.

There are two online modes, Free Roam and Road Trip.

Similar to the main story, Road Trip takes you to different locales to play different kinds of matches. Between matches you must actually drive to the location of the next race alongside other players which was actually a lot of fun. 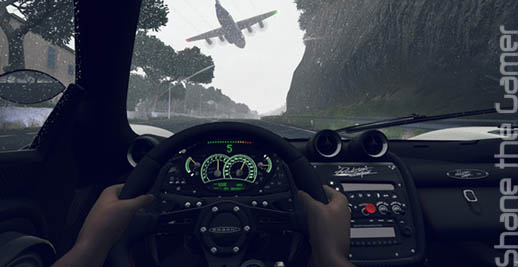 Other than the typical racing matches, there are two other types of game modes, Infected and King.One has you aiming to cause carnage and the other trying to avoid it.

Unfortunately I was only able to play these last two with one person at a time. I could tell that playing with several other players would change the dynamics. I still did have a lot of fun though playing 1 v 1 and I can’t wait to sink many hours into it once fully released. 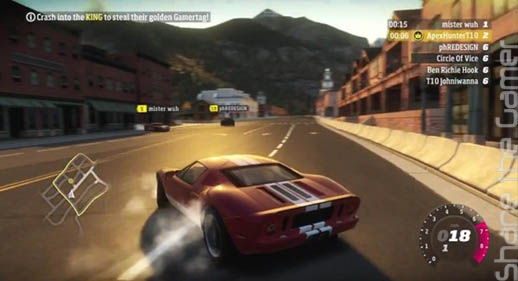 While you are cruising through the wide open world there are multiple radio stations which you can listen to. For the most part I didn’t find most the soundtrack on offer particularly great though.

The graphics in Forza Horizon 2 was somewhat of a mixed bag.

The cars on the one hand looked amazing however the environments lacked some detailing as you would expect in a new generation game. But, given that it is open world and the massive draw distances required, I did still find it somewhat impressive. 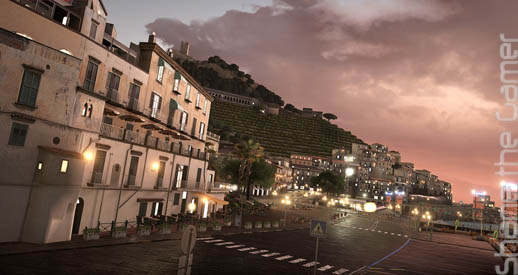 One of the new features to the Forza franchise is the dynamic weather effects. I did actually feel that the game looked best during the rain. The reflections on the puddles built up on the road look amazing.

Despite its very few early release flaws, I really enjoyed my time with Forza Horizon 2 and I know I will sink many more hours into it. The quality and amount of content on offer is more than enough to justify its price tag.

The excellent balance between accessibility and depth, while maintaining at its core an overall focus on fun means that regardless of your love of racing games, you will have much to enjoy.