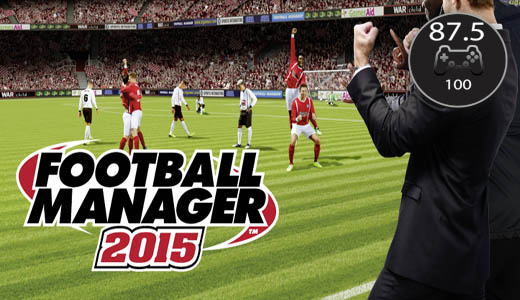 Previously a complete unknown, born to an Albanian mother and Brazilian father, the Brazilian Corthnians new Manager has defied all expectation by ensuring his team 5 premier league victories and the world cup.

Despite early hiccups which included a devastating 5 loss streak and both star players being sold to real Madrid.

As a side project, he also managed to make Jamaica Olympic champions.

Welcome to the world of Football Manager 2015, where success in the game comes only marginally quicker than actually kick starting your own football empire. 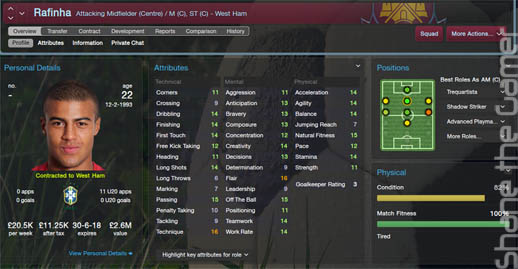 A word of warning for those new to this series, as we were are dealing with an annually released title, there is a certain level of familiarity I will assume you have with the franchise.

However if you are fresh to this series, be warned; annual football titles such a FIFA are for the casual football fan, this game speaks to the fanaticism of true football devotee.

The gameplay of this title essentially boils down to leafing through spreadsheets, calculating odds, balancing finances and trying to keep your team in the league and your job secure. 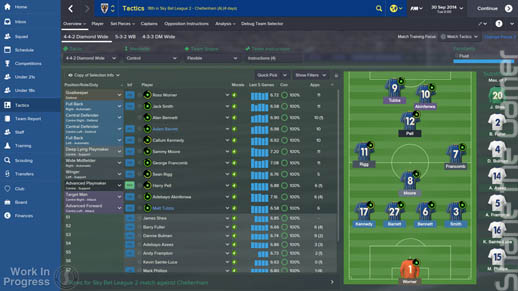 To the novice, or even only casually familiar player, this game will present a significant learning curve, to the veteran of this data heavy style of gameplay. This game will offer a level of immersion almost unparalleled.

This is a game that will easily absorb a substantial portion of your life, as even scratching the surface of the tactical options available to you requires at least 20 hours of play time and mastery upwards of a hundred. The game does include a “Classic” mode, which is a more simplified and streamlined experience and quickly allows a novice to pick up the basics. 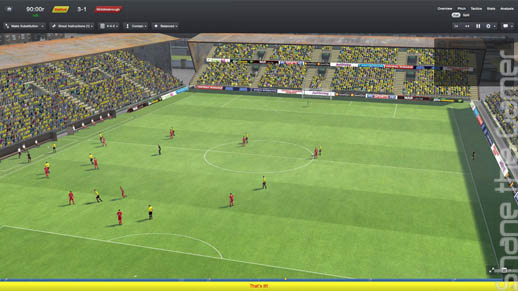 Returning fans of the series may cry out against the overhauled interface, which simplifies the home screen into a side bar containing quick tabs to access your squad, finances, training regime and every other tool at your disposal.

But I found the changes welcome, only after a short adjustment period of figuring exactly how to navigate to what screen, everything is relatively intuitive.

Player scouting is handled via a search bar engine at the top of the screen, and it speaks to the meticulousness of the development team that this games database is used by actual premier English teams to help in their scouting reports. 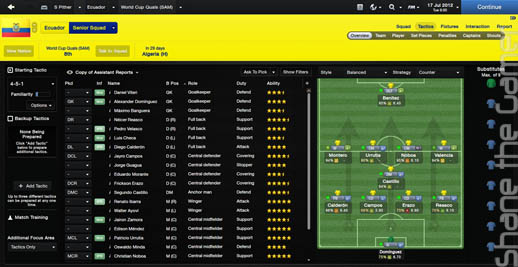 Scouting remains one of the most central aspects of the game, and with this iteration the system has been fleshed out and improved, with an impressive amount of player statistics crammed onto each screen, however the presentation of data is universally slick and the screen never feels cluttered or needlessly confusing.

One of the biggest differences between this game and previous iterations is the fact that you now have more improvable stats of your own, you essentially have a Manager avatar which may be improved by sending your character out to study and fill in weak areas of his managerial style. 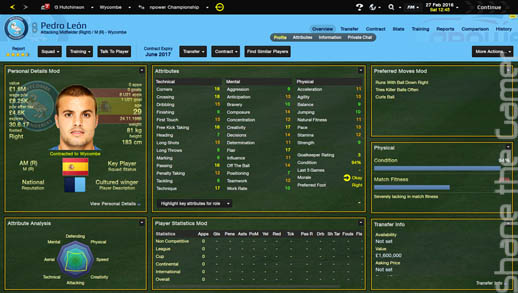 Steering your Manager towards two different styles, “Tracksuit” which focuses on more heavily trained players or “Tactical”, which focuses more on strategically designed game plans, I found the latter Manager path to be the more interesting of the two, as it takes better advantage of the depth of choice in tailoring your team’s tactics and required research about your opponents and their likely weaknesses. 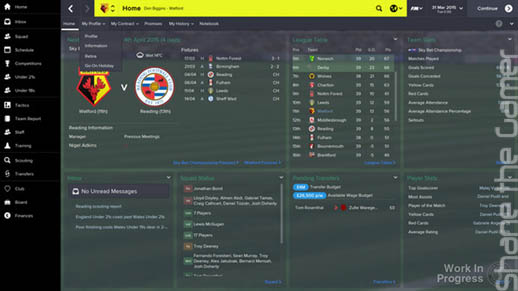 These slight issues are more noticeable simply because reaching this point is so immersive; it is disappointing to spend so long perfecting your team only to see them fail because of arbitrary circumstances out of your control.

However in spite of these minor hiccups, the actual rendering of the matches is much improved over the previous games.

Once again; a word of warning to prospective newcomers, if you want hyper realistic visuals, steer towards FIFA. However for fans of this series, these visuals are much improved overall. The match sounds have been upgraded also, with responsive crowds crying out at each pivotal moment mid match.

These touches keep you invested in micromanaging your team at all times and make big games into nail biting affairs. 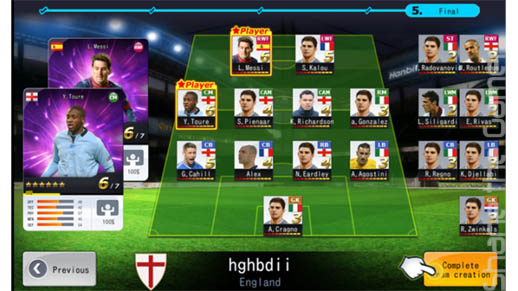 Football 2015 is unashamedly not a game for everyone.

It wants to be the perfect game for the most diehard fans and it succeeds on almost every front. This is a game which shows other annual release titles how it’s done, polishing and improving upon what makes the series great, while providing enough new content to attract the absolute newcomer and the lifelong player alike.

Despite very minor technical hiccups, few games offer as much for their price tag.