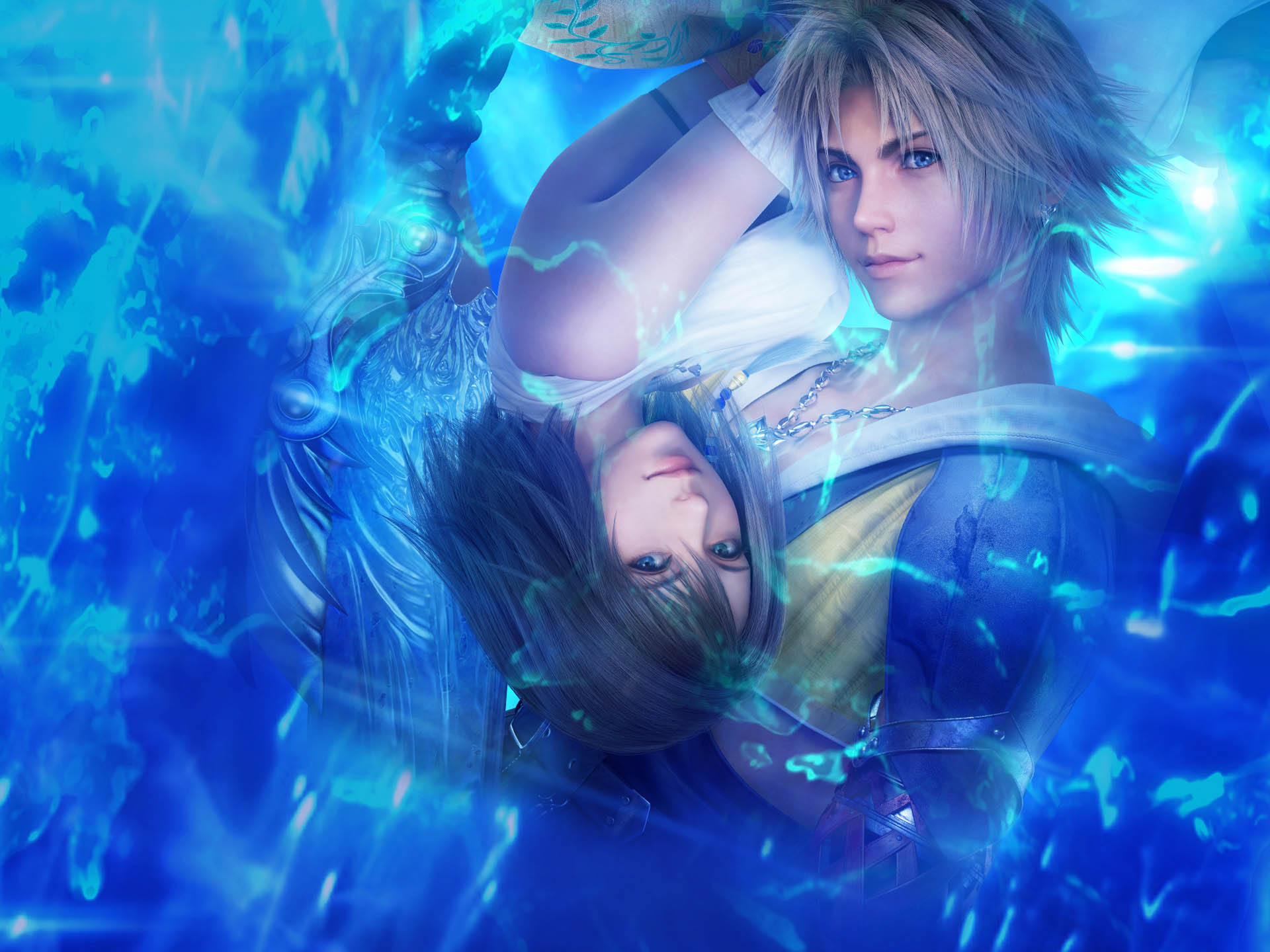 If a Final Fantasy X/X-2 HD Remaster sounds familiar, you aren’t going crazy, Square Enix has decided to re-release these games yet again,this time for PS4. Despite getting somewhat tired of hearing old games being repackaged for new generation consoles, I cannot think of a more deserving game to be put through this treatment than Final Fantasy X and to a lesser extent Final Fantasy X-2. 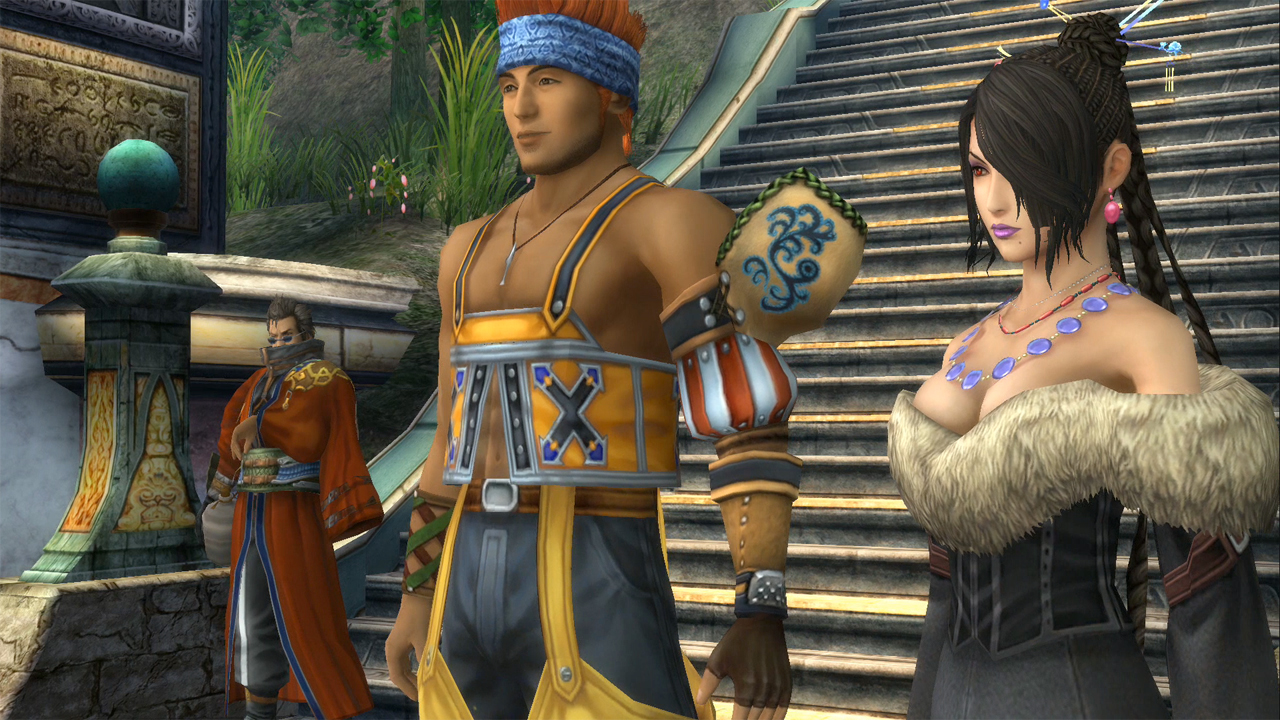 One of things I find most interesting about Final Fantasy X/X-2 HD Remaster is that it very much showcases the shift JRPGs have gone through around that time.

The very emotional and gripping story in the X series focuses on the story of Tidus and Yuna in the world of Spira. Accompanying them in their journey is a whole host of other characters which all have very interesting personalities. The in-game chemistry between Tidus and Yuna is one of numerous areas that Square Enix manages to nail perfectly. 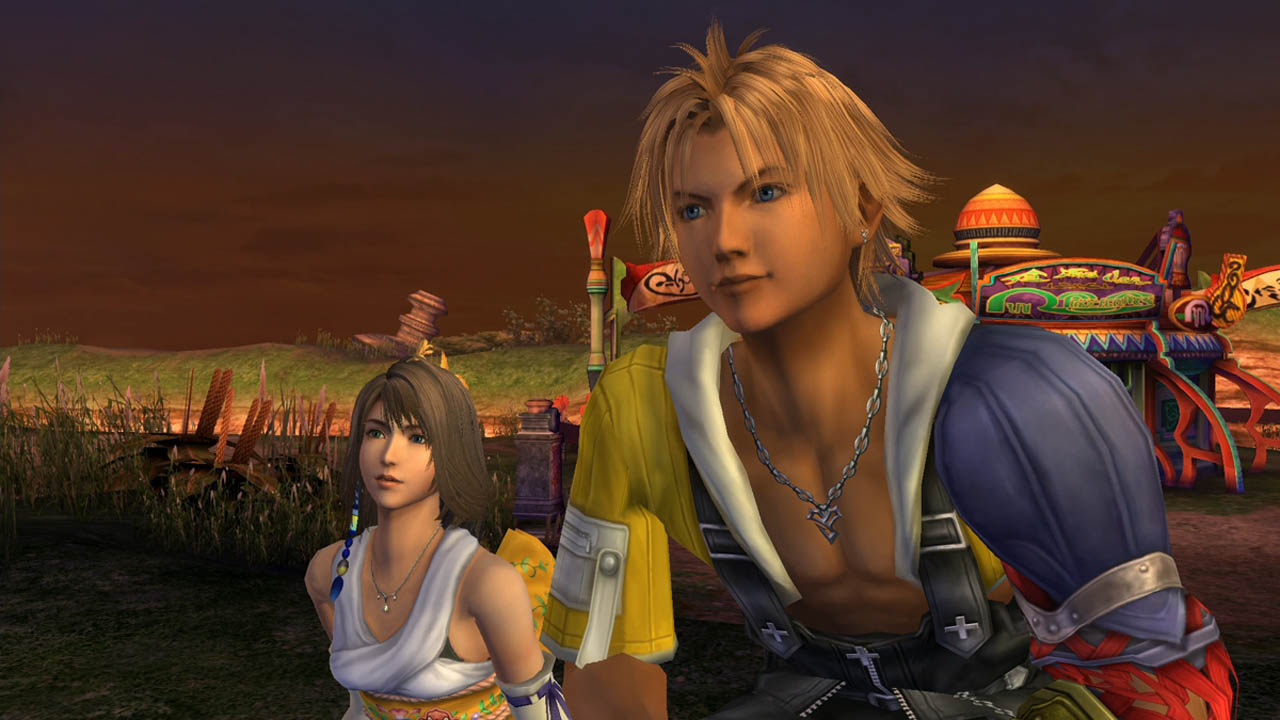 If you haven’t played Final Fantasy X, don’t even think about playing Final Fantasy X-2 as it will very much spoil the story of the former. The world of Spira starts out in Final Fantasy X ravaged by the mysterious but incredibly deadly creature called Sin. Playing as Tidus, you are thrust into this world from another land with little clue as to what is going on. Soon after arriving you meet up with Yuna, a summoner on a quest to defeat Sin, and you, along with a few other guardians, begin to tag along with her on her journey across Spira.

Although somewhat of a given in a Final Fantasy game, the lore and universe is very unique and well developed. As you go on your journey across Spira you come across numerous distinct races and cities which have very detailed backstories which play into the way they act and react. 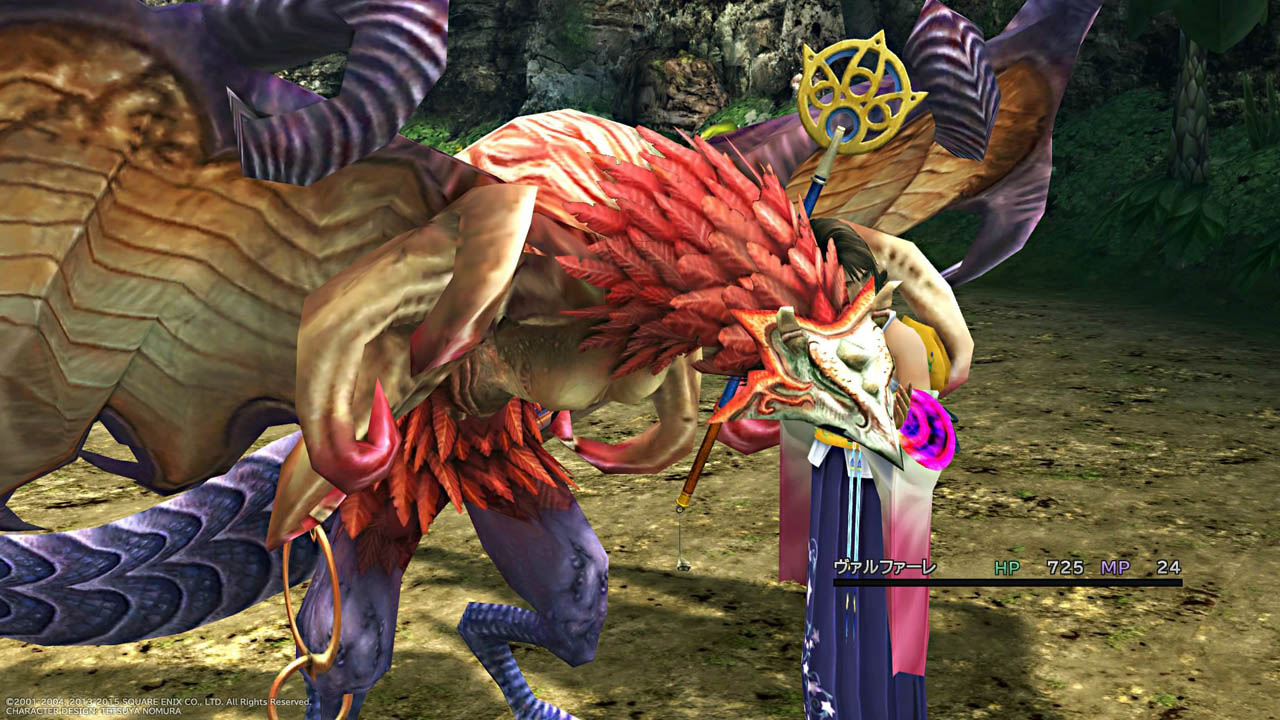 The combat in each game, although having a hint of similar ingredients, play incredibly different.

As previously mentioned, Final Fantasy X uses a turn-based combat system involving more depth and strategy. In battles you get to use three party member chosen from the group of characters you have with you which can be swapped out on their turn. Each character has a different speciality ranging from black magic to thievery. Choosing which members to use revolves around which enemies you are versing as well as which strategy you want to take.

The turn based nature of the battles means that more strategy can be implemented and more planning must take place. It also means, for better or for worse, that combat is a bit slow at times. For me though, I enjoyed having to put some thought into combat. 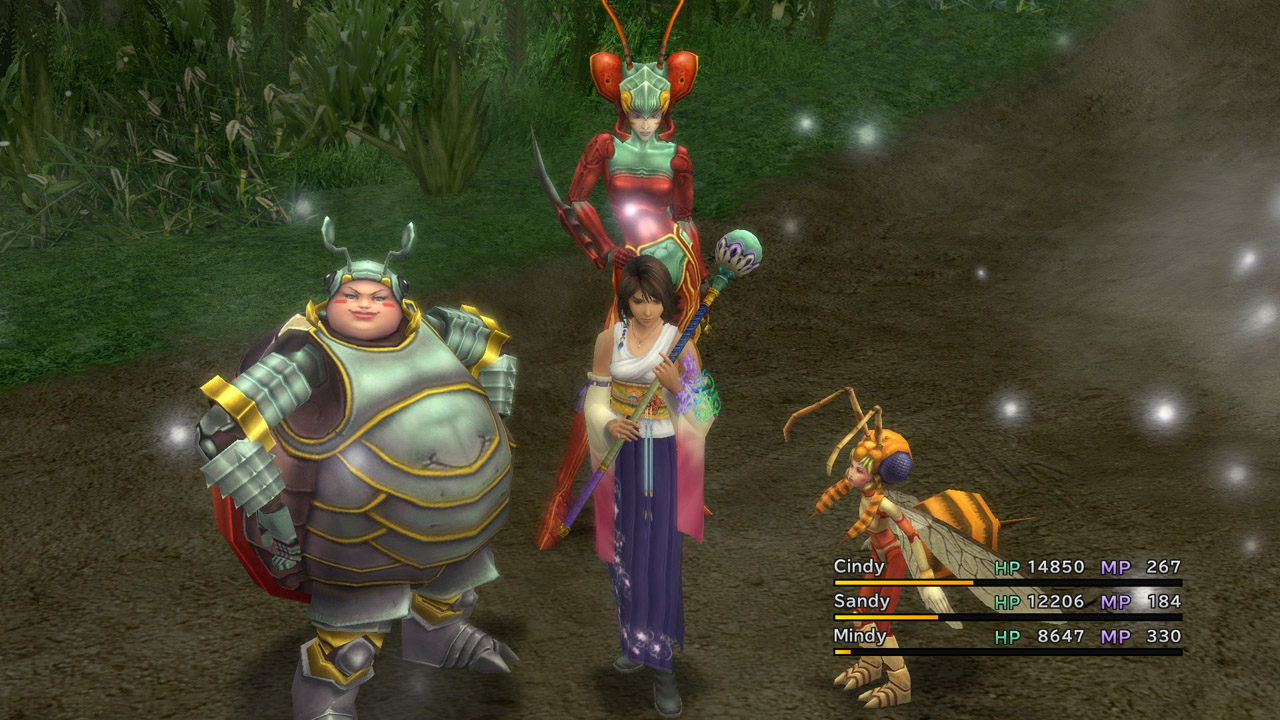 Upgrading takes place on a skill tree called the sphere grid which feels more like a map or a board game. Each time your character levels up, they can move one space. While the paths are generally somewhat linear, you are technically able to move them around onto other people’s path, enabling your heavy attacker to be taught white magic etc. This comes in more towards the end of the game, once they have completed their path and learnt all their class specific skills.

In contrast to Final Fantasy X’s slow paced combat, Final Fantasy X-2 uses a hybrid system combining turn-based and real time combat. Each character has a bar that fills up, once filled you can then launch an attack. Due to the real time nature of the combat, I continuously felt rushed to make my move which takes away much of the strategy of Final Fantasy X. 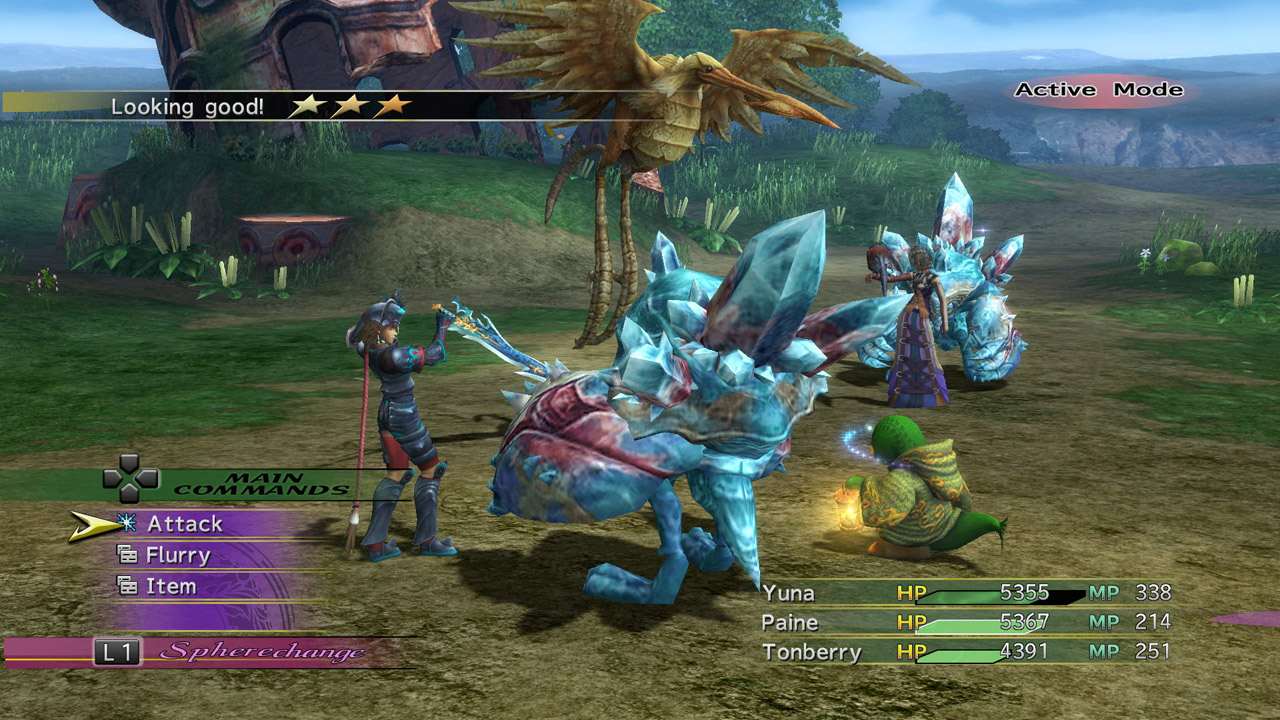 The real strategy element in Final Fantasy X-2 comes from the dresspheres which you select to choose your characters class. Finding and unlocking these spheres to unlock new classes is enjoyable and rewarding.

Despite my love of these two games, they do feature a few flaws, more due to the era they were born in. In order to save the game you must get to a save point which can often be very far apart, upwards of 45 minutes. Areas also drag on for a bit in some situations, which when combined with the frequent combat makes them you feel like you just want to get out. 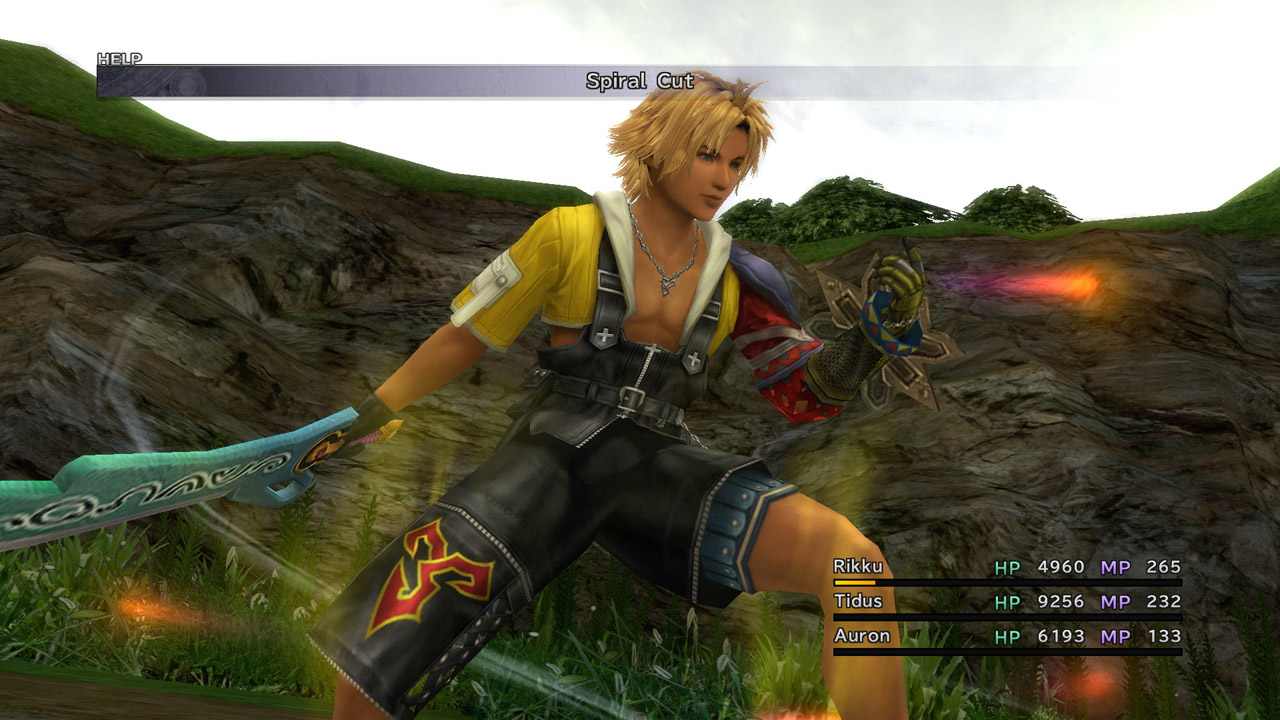 Both games also do feel like you need an accompanying walkthrough in order to play them properly. A major mini-game in Final Fantasy X, blitzball, also feels a bit clunky and in need of a makeover. Although these are mostly minor, I do feel that many of the flaws could have been fixed to make the game feel much more modern and generally enjoyable to play.

Not doing so I feel is a disservice to these truly outstanding games. 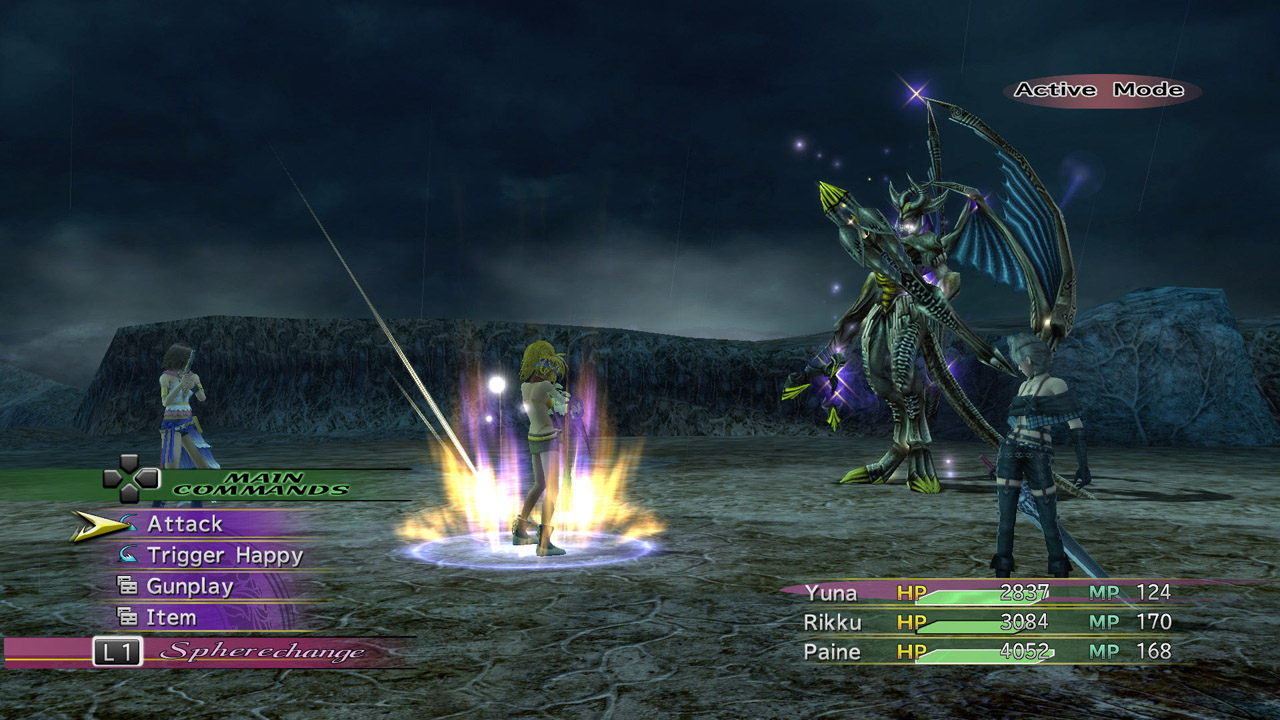 The world is colourful and vibrant which generally makes up for the lower details in characters and environments.

The music, as is the case in all Final Fantasy games, is amazing. There are few games which I would rate as having better in-game music than these two games. 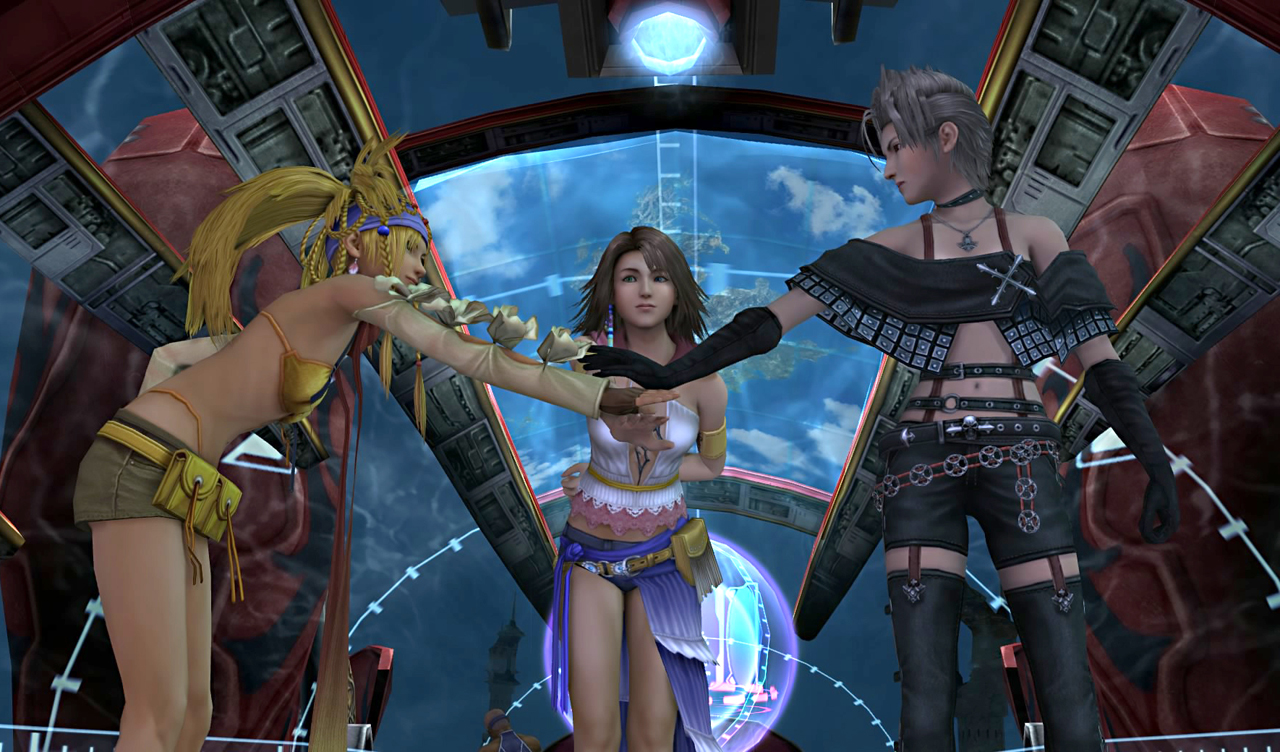 Final Fantasy X/X-2 HD Remaster brings one of the great stories told in video gaming back to life on PS4. While it is unfortunate that many of the outdated game mechanics have not being modernised, there is so many great things about the game that more than makes up for these areas.