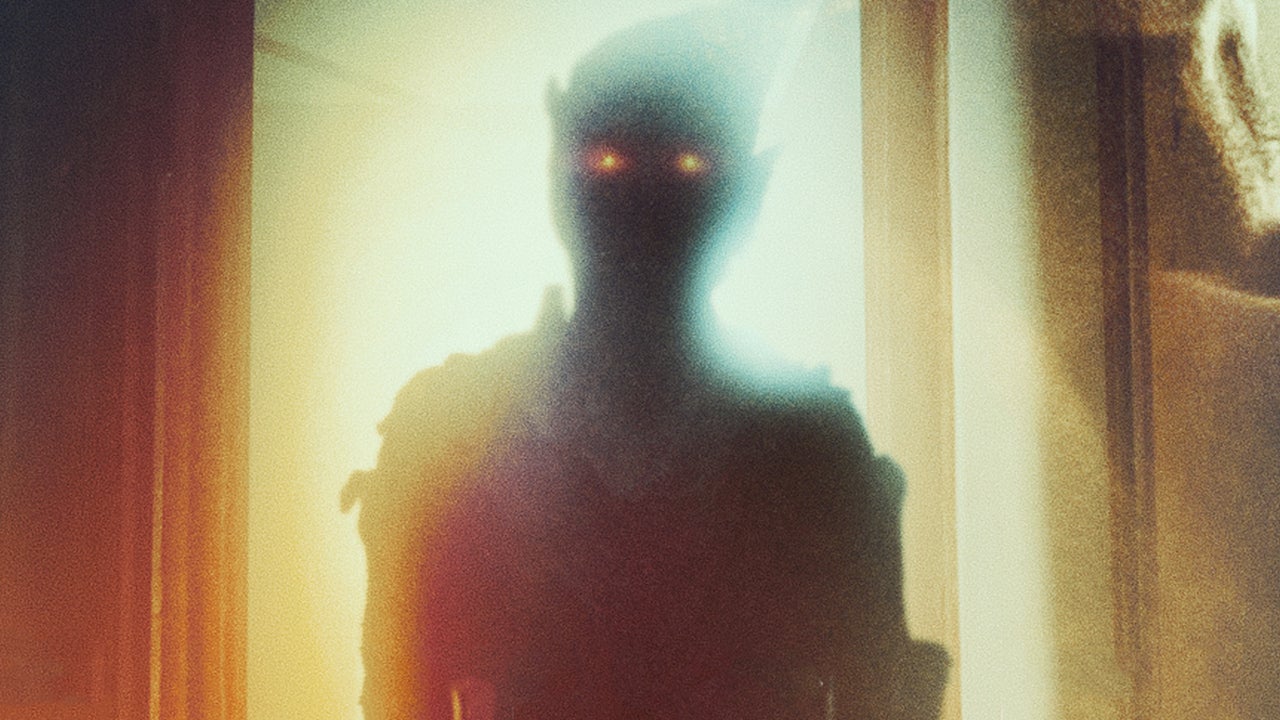 A suspenseful, creepy and dark horror film, Night’s End is about to release exclusively on Shudder.

STG was honoured to be able to have a virtual chat with the films Director Jennifer Reed (also known for V.H.S. ’94) about the film and more, thanks to our mates at Shudder.

STG: Night’s End is releasing at the end of this month (March 31st, 2022) on Shudder. How, in your own words would you describe the film?

Jennifer: Sure, it’s about a sad dad at a crossroads in his life who has decided to make a fresh start by moving into a new town in a new apartment.

He battles with aspects of depression and anxiety and we see him at a time when he’s becoming quite a shut in, in this new apartment and simultaneously discovers that his new apartment is haunted.

So he’s got some decisions to make, you know, should he stay? Or should he go? And he sort of can’t can’t actually do either one of those things. So he’s stuck between his own fear and a menacing ghost. 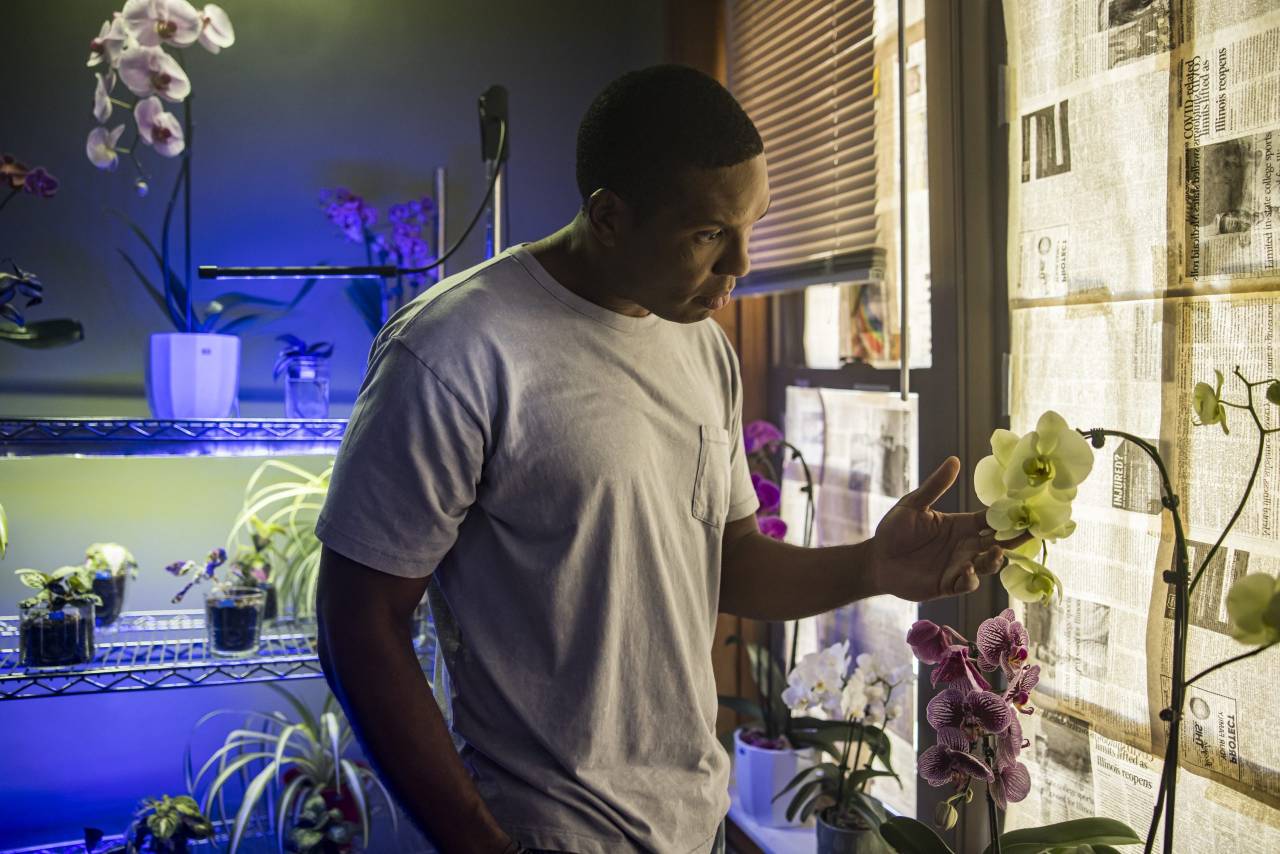 STG: Is it suspenseful and terrifying when you’re making the film, or the elements of it being creepy at the time or is it more when you kind of get together and in post where things start to get quite creepy?

Jennifer: Oh no, we were freaked out. We freaked each other.

We freaked each other out the entire time we were shooting and even before shooting when the art team came in to get to prep the house. They said there were so many strange things that were happening in the house while they were prepping.

And when they were when they were there, they got a bunch of stuff to put in the background of Colins house that they had gotten from a kind of a local occult shop and they wouldn’t bring any of it into the house until we were getting ready to shoot.

So they kept it in the garage.

We would shoot these scenes, you know, with just a kind of figure moving through the doorway behind the plastic, I mean we were all, it was genuinely scary and the whole time the entire house was, you know, tinted from the outside so we could control the light on the inside. So even though we were shooting from like eight in the morning until eight at night once you went into that house, it was like pitch dark, you know and so yeah, we definitely, you know, scared each other multiple times.

And we even had my editor said that there were really weird things that were happening that had never happened before. To the timeline when he was editing the computer would just not just like turn off or something but we were convinced that we had sort of released some kind of ghost into the editing timeline as well.

STG: Did you have to do things while you’re filming to sort of lighten the mood a little bit because it got a bit sort of intense or is it relaxed on onset in between takes?

Jennifer: Well you know what, with this film because we shot it I mean, obviously you know, we’re exactly right now just witnessing, you know, continuing COVID, but shooting a film where there were still very restricted protocol around shooting we were all in one location. We had one actor at a time.

It was all dark, we were all in masks. And you know, we just had to kind of remind ourselves actually to, you know, if we had a break, like take a break, everybody had to go outside kind of take a walk around the block if you needed to, I mean just even for the getting the sunlight of it alone or being able to go outside and take your mask off.

It was really claustrophobic. And it was hot.

We shot it in July. It was hot, but then you turn the AC off when you’re in the location. So it was really really uncomfortable. So it was part of the job actually of our COVID compliance team, which was also our safety team, was to come in and say you all have to go outside for five minutes, you know, and, see each other’s faces and take some deep breaths, stretch a little. 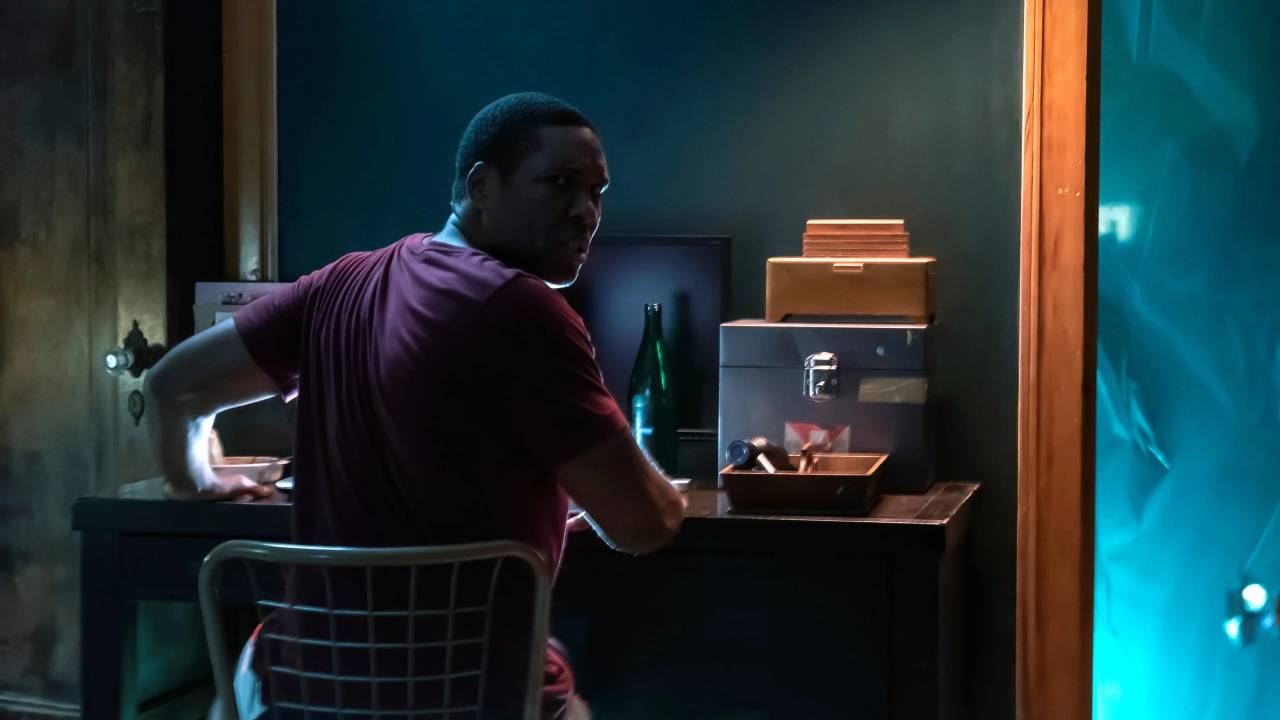 STG: This is probably going to be a tough question for you, what is your favourite horror film of all time?

Jennifer: Oh, gosh, I would say this is my real answer. But I don’t know if it’s considered exactly horror, but I love Alfred Hitchcock’s Rebecca which is more of a ghost story. It’s more of like a ghost triangle. It’s not it’s not it’s not super grizzly.

So I always follow it up with the cousin favourite, which is the original Carrie.

Yeah, I love Carrie and that’s got more blood and chaos, but there’s something that I love, the psychological factor in Rebecca which is of course also a book that I am just obsessed with and I saw that at a very, very young age. I think it was very influential.

And the same thing with Carrie, I was much too young to have seen Carrie when I saw it the beginning. But it’s, uh, yeah, it’s definitely left a mark as well. And those are both, you know, those are both proper genre films that are about women too.

I don’t know that I set out to do that. But those yeah, those are two of my little one two punch Rebecca and Carrie.

STG: What would you say to horror fans as to why they should check out Night’s End?

Jennifer: Well, I think that you should check out Night’s End because it’s slightly different than what than what they might expect out of a Shudder film.

I think it’s it’s got some nuance that will complement the films on Shudder that they already love.

But we tried to make something that also, you know, gave a nod to some other kind of classic genre films like Polanski’s The Tenant, and even some Prince of Darkness and John Carpenter, between the score.

But it also doesn’t take itself too seriously, there’s some great comedy moments, and the whole general vibe of it.

We just wanted to make something that also was a kind of an ode to some of our favourite kind of vintage genre films.

Night’s End is an exclusive to Shudder release and premiers on the 31st of March 2022.