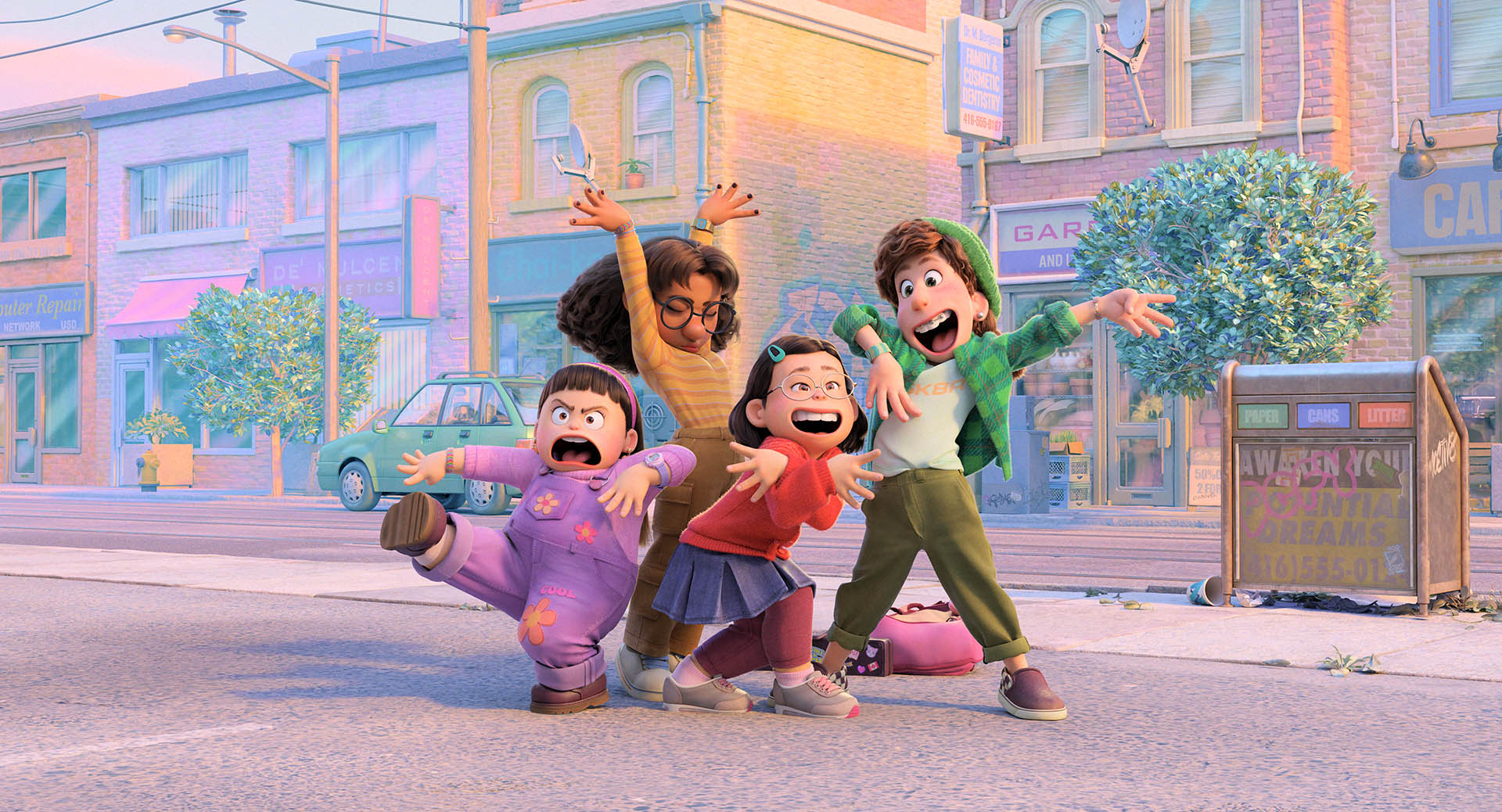 According to “Turning Red” director Domee Shi, if you set a 13-year-old girl’s coming-of-age story in the early 2000s, it’s pretty much mandatory to include a boy band.

“We needed our character Mei to be obsessed with something that her mom would not approve of,” said Shi. “Boy bands were the first step into the world of boys for a lot of girls that age. The guys were all super pretty, polished, soft and loving, and they had of way of bringing girls and their besties together. Plus, I thought it’d be really cool to create an animated boy band.” 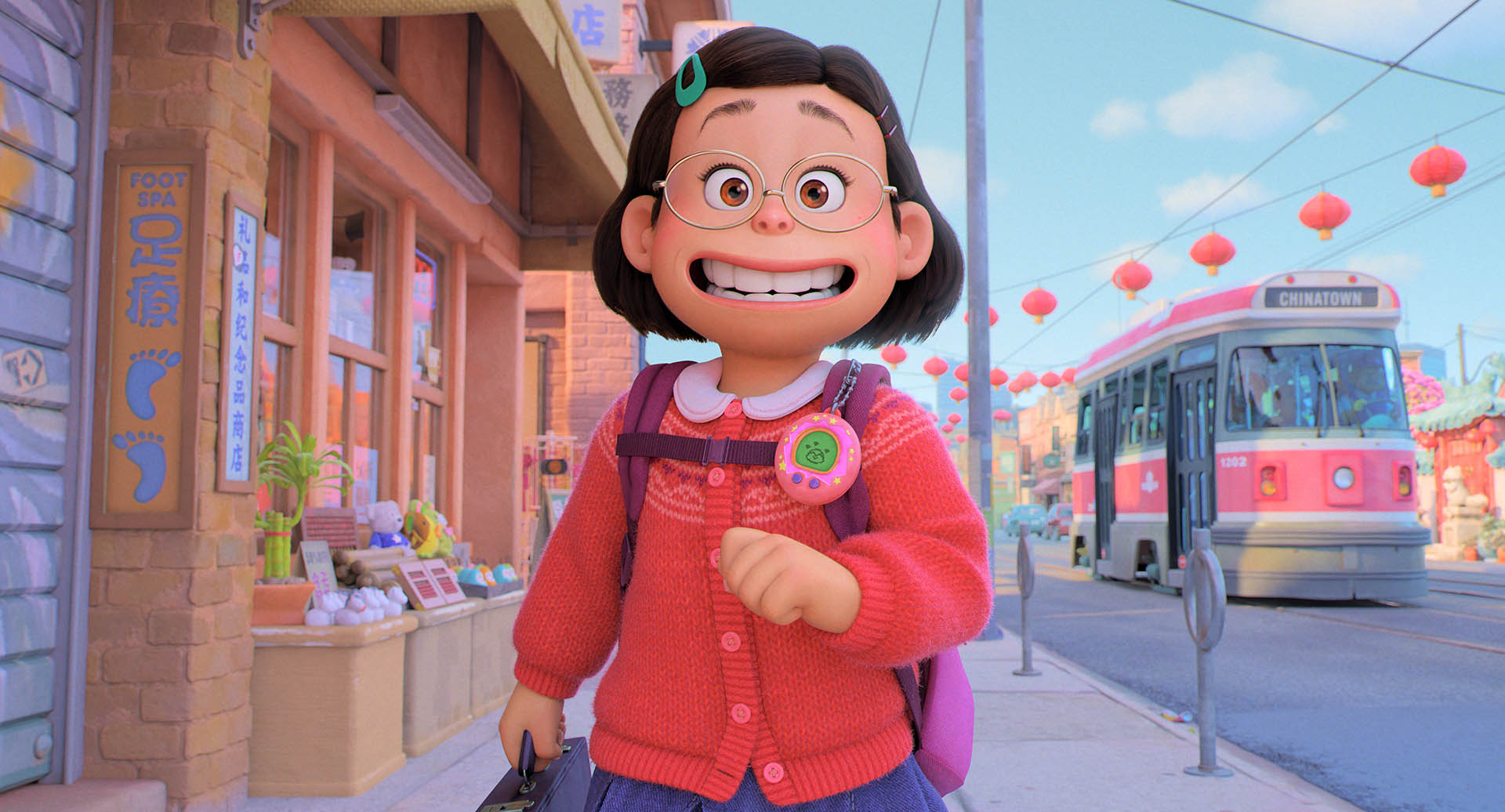 Enter Pixar’s first-ever boy band, 4*Town. Filmmakers called on GRAMMY winning singer-songwriters Billie Eilish and FINNEAS to write the fictional band’s songs – three in total, including the song “Nobody Like U” featured in the new trailer.

“When we first started talking about Billie Eilish and FINNEAS – back before they’d won a billion GRAMMYS – we could see then how they had their finger on the pulse,” said producer Lindsey Collins. “We were big fans. We met with them and pitched this crazy idea of a boy band, asking if they’d be interested in writing and producing the songs. They were!” 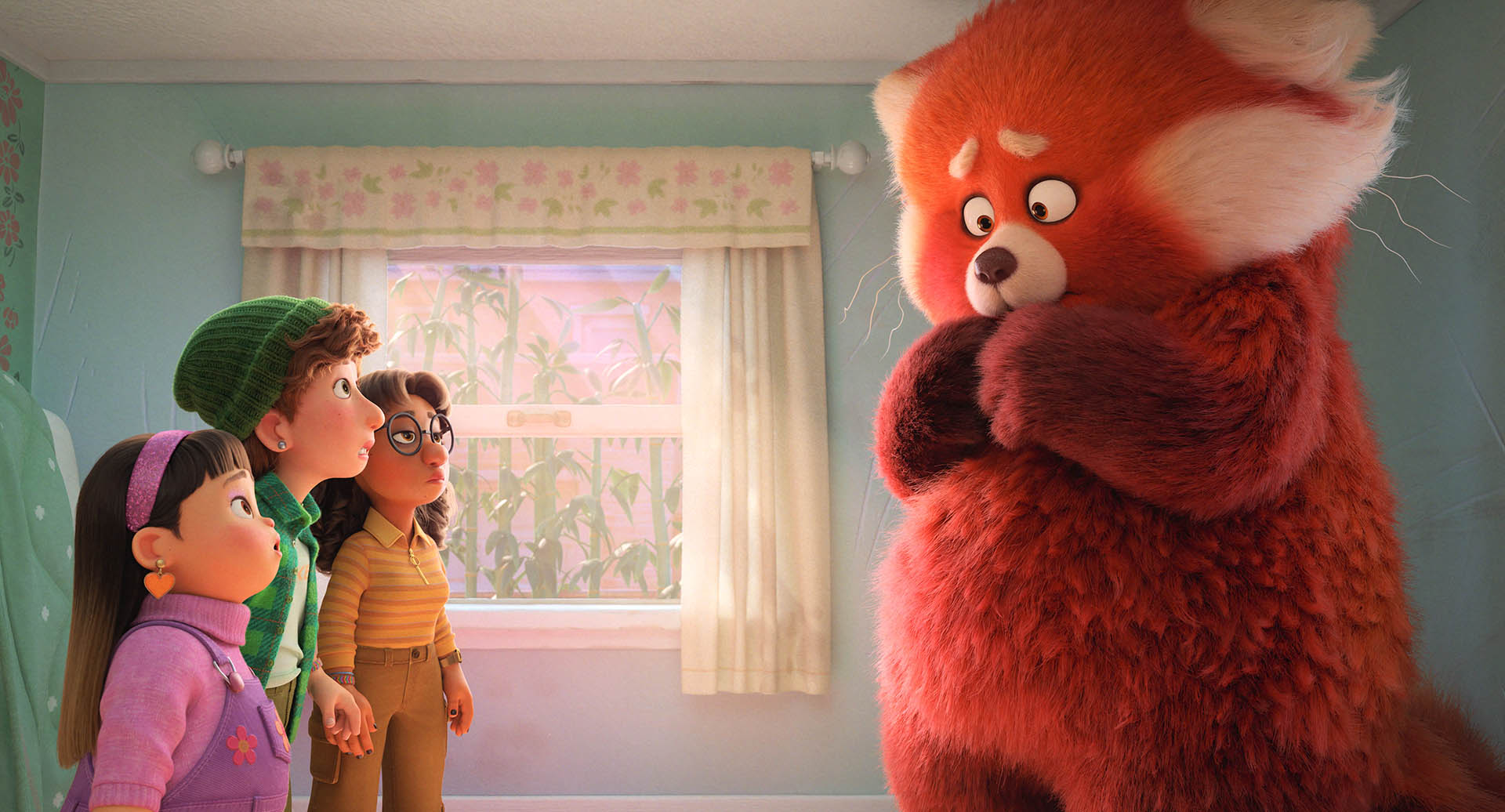 Eilish, whose sophomore album, “Happier Than Ever,” debuted at No. 1 in the Billboard 200 in the U.S. and in 19 countries worldwide, made history as the youngest artist to win in all the major categories at the 62nd GRAMMY Awards, receiving an award for best new artist, album of the year, record of the year, song of the year, and best pop vocal album.

FINNEAS, the youngest ever to win the GRAMMY for producer of the year (non-classical), built a sterling discography penning and producing smashes for a cadre of superstars, not only for his sister, Billie Eilish, but also Justin Bieber,  Demi Lovato, Selena Gomez, Camila Cabello, Tove Lo, Kid Cudi and Ben Platt, among others. His debut solo album “Optimist” is out now.

GRAMMY, Oscar and Emmy winning Swedish composer Ludwig Göransson (“Black Panther,” “The Mandalorian”) is composing the score for “Turning Red.” “I’ve been a fan of his for a while,” said Shi. “We were drawn to his versatility, he’s a composer, but he also produces pop music. We knew he would help us create a very unique sound.”

Joining previously announced Rosalie Chiang and Sandra Oh, who lend their voices to Mei and her mother Ming, are Orion Lee as the voice of Mei’s dad, Jin, and Wai Ching Ho as the voice of Grandma. Mei’s tightknit group of friends are voiced by Ava Morse as Miriam, Maitreyi Ramakrishnan as Priya, and Hyein Park as Abby. 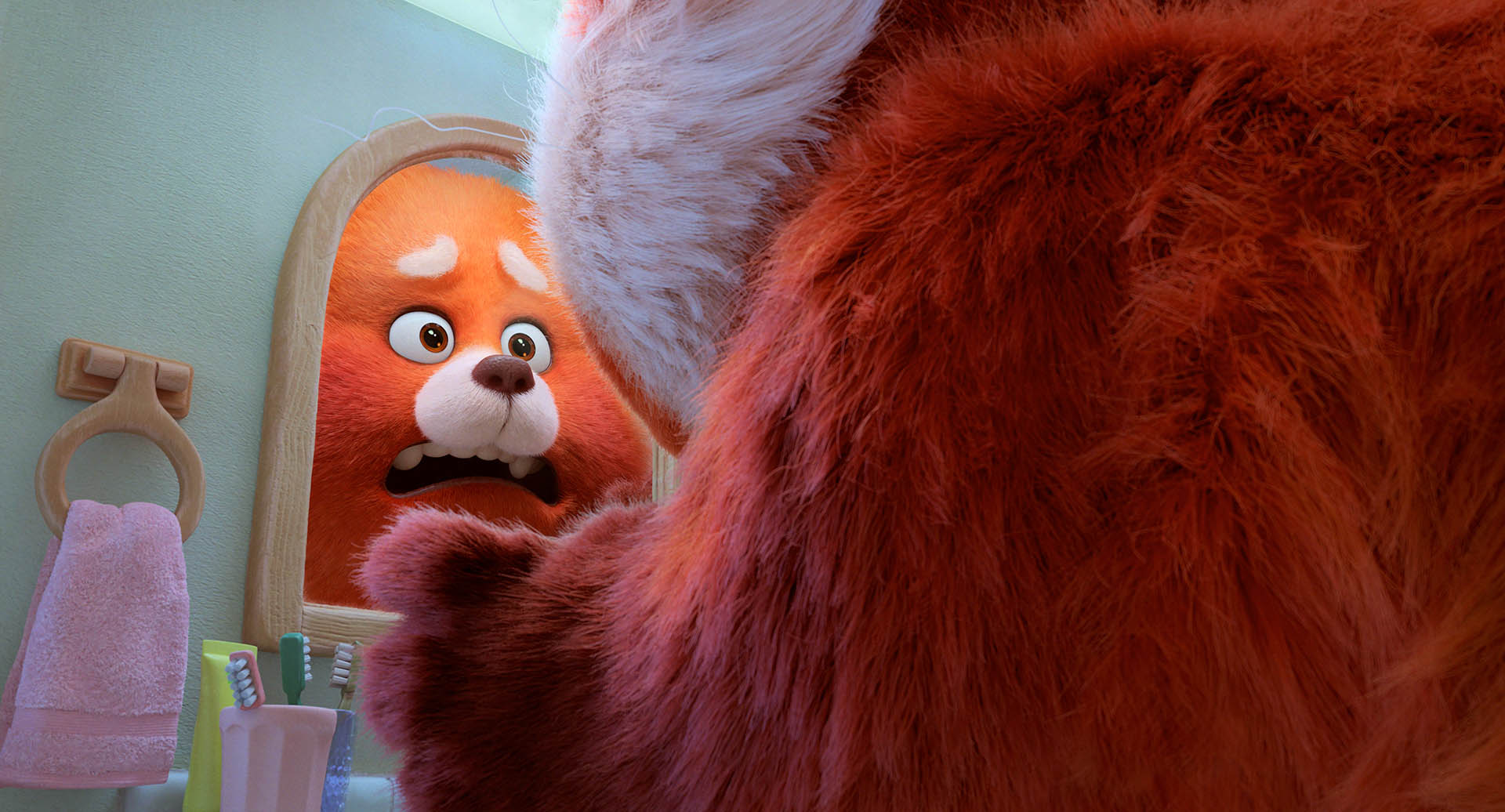 Her protective, if not slightly overbearing mother, Ming (voice of Sandra Oh), is never far from her daughter, an unfortunate reality for the teenager. And as if changes to her interests, relationships and body weren’t enough, whenever she gets too excited (which is practically ALWAYS), she “poofs” into a giant red panda!