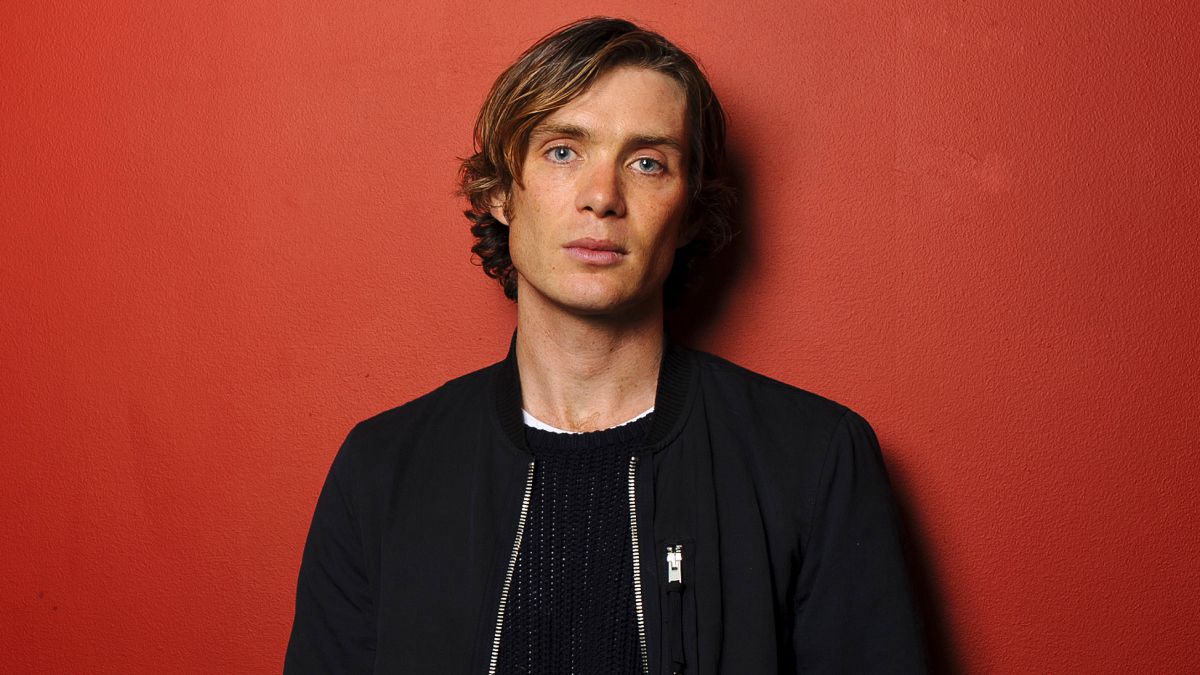 Hitting audiences with the realism and psychological effects of war, Dunkirk directed by Christopher Nolan and released by Warner Bros. Pictures retells the true story of 400,000 British, French, Belgium and Canadian soldiers who are stranded on a beach in Dunkirk on the front of enemy lines.

With no way to get back home it was the civilians who came to the rescue.

In association with Warner Bros. Pictures, STG has an interview with Irish actor, Cillian Murphy, who plays (or is known as) ‘The Shivering Soldier’ in the movie. 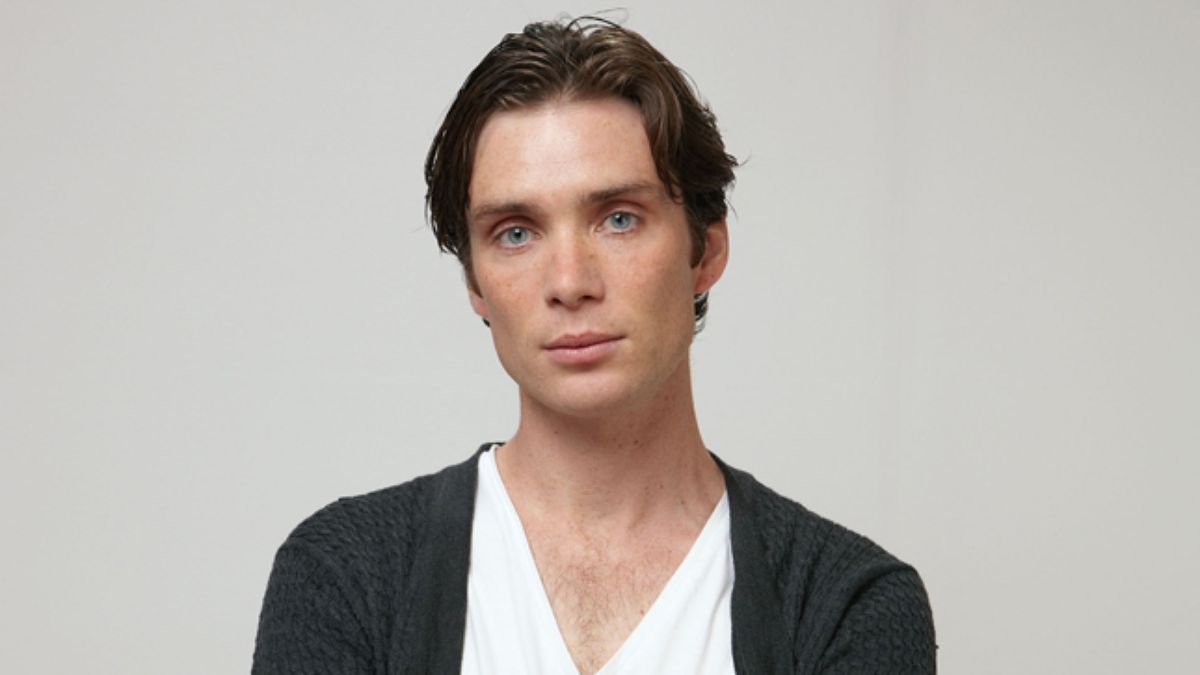 STG: What went through your mind when writer/director Christopher Nolan first approached you to become a part of Dunkirk?

CILLIAN MURPHY: Chris gave me a call and told me there was something he’d be sending me. We know each other well enough that he knows what might interest me, and what kinds of roles I might respond to and see as a challenge. And when it’s a Christopher Nolan film, chances are it’s going to be bloody good. It’s a lovely feeling when he does call you up again. And this one… I was just knocked out by it.

STG: What did you like best about his script for Dunkirk?

CILLIAN MURPHY: What first struck me about Dunkirk was that it wasn’t an American war movie, which so many of the great movies about war have been. If you were making a list of great modern war movies, I can’t think of a British film over the last 30 or 40 years that you would necessarily place on it. So, I think this appealed to Chris as a filmmaker because he recognized something in this story that was hugely unique and that audiences wouldn’t necessarily have seen before. 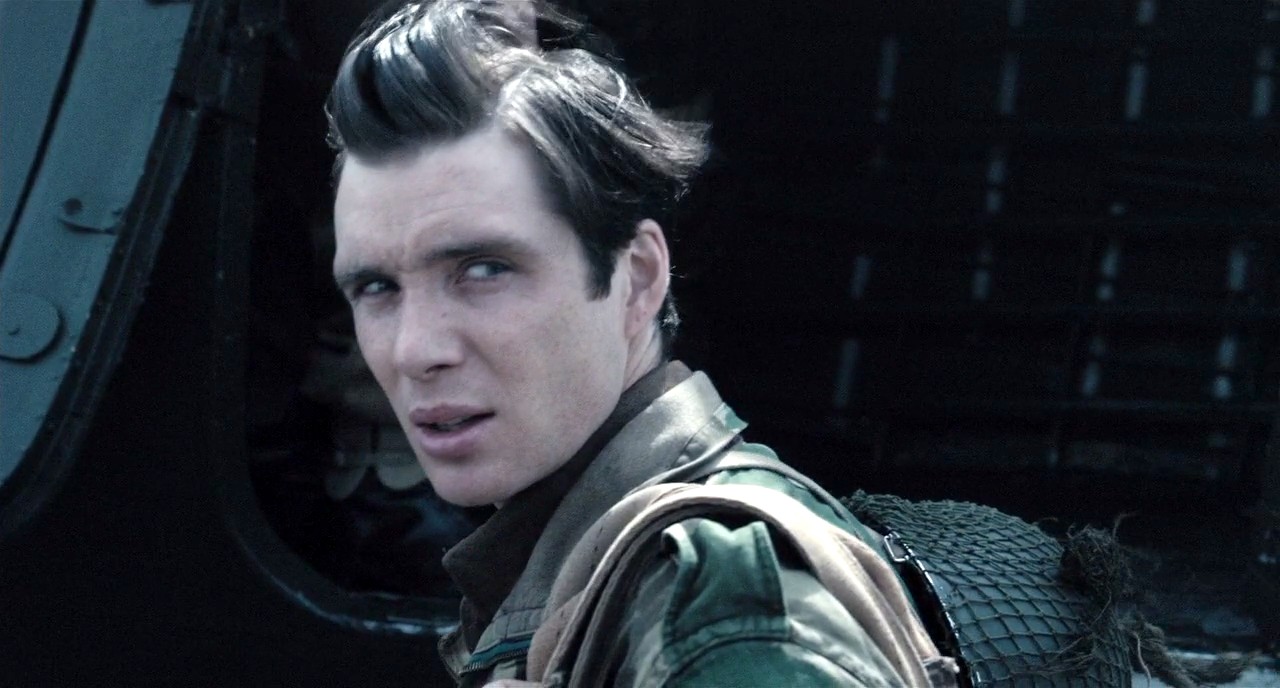 STG: In the film, you play a character essentially without a name, who is only known as ‘Shivering Soldier.’ What was it about this particular role that resonated with you?

CILLIAN MURPHY: I think my character is representative of something experienced by thousands and thousands of soldiers, which is the profound emotional and psychological toll that war can have on the individual. We first meet him when he is picked up by the Moonstone, which is one of the civilian ships crossing the English Channel to evacuate soldiers at Dunkirk. He’s someone who has survived an experience that is mind-alteringly horrific, only to be told, ‘Actually, we’re just heading back into it.’

The film shifts between multiple interweaving storylines that cover the entire series of events at Dunkirk. But this being a Christopher Nolan film, these different storylines do not unfold along the same linear timeline. Each has its own pace – a week on land, a day on the sea and an hour in the air – and my character pops up in two of those timelines.

STG: And what was it like working with Mark Rylance, who plays the Moonstone’s civilian captain, Mr. Dawson?

CILLIAN MURPHY: It was really special. I’d never met Mark before, but I’d seen him on stage and watched him in films. I think it goes without saying that he’s a phenomenal actor, but he also has this gorgeous energy about him. For the four or five actors who were on that boat all that time, he was just a really wonderful presence to have around. And we got to spend a little time together off the set, which was nice. He is one of my absolute favorite actors. 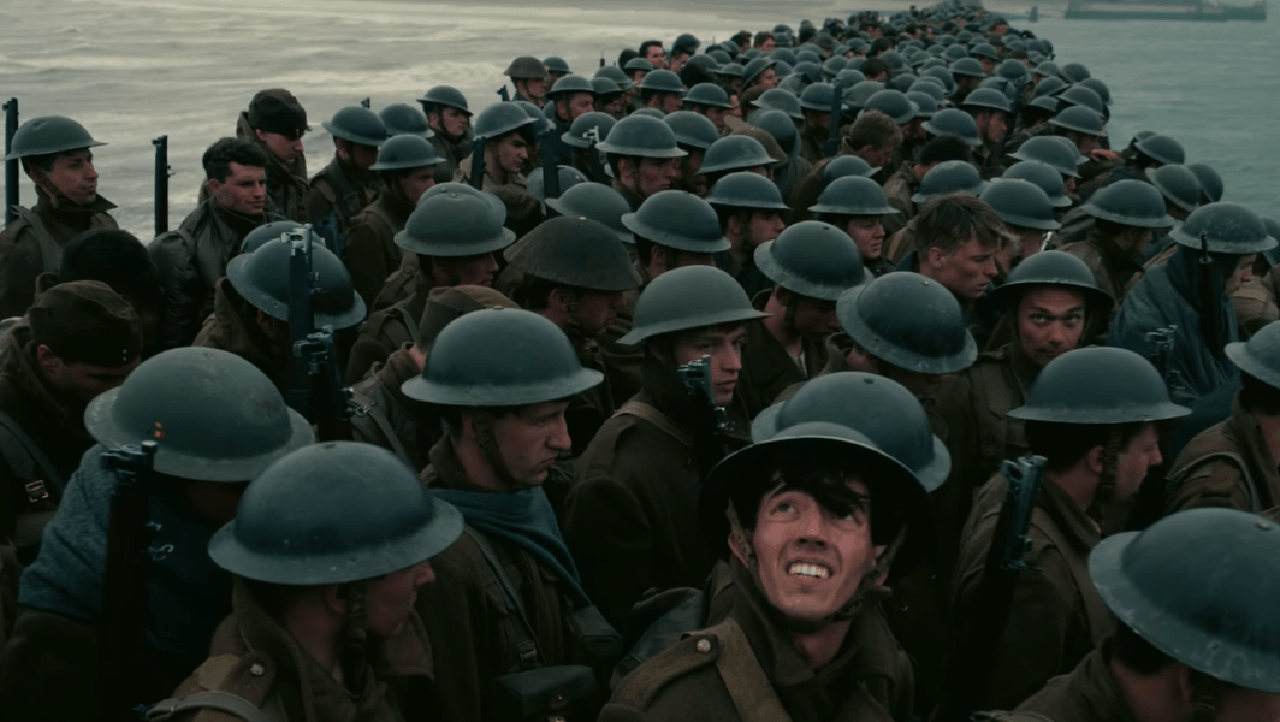 STG: Your scenes on the ship were shot out on the water aboard the actual ship, the Moonstone. Can you talk about why it was important to shoot on the real thing, as opposed to in a studio water tank?

CILLIAN MURPHY: I think Chris’s determination to capture as much of the action in-camera as possible is why his films have such an intensity and visceral quality to them.

On Inception, I remember shooting on the side of a mountain in a snowstorm, and Chris continued to shoot even when it became absolute white-out conditions. If you want to get the most authentic reactions, or the most truthful responses from actors, throw ‘em into the real sea or fly real Spitfire airplanes over them. The audience will feel the reality of that – the actors certainly do.

STG: What was it like to be on the Dunkirk set and have all these live explosives going off around you, with planes flying overhead and real battleships out at sea?

CILLIAN MURPHY: The craziest thing about it is that, at the center of it all, Chris is absolutely calm. There is no panic. No one is worried about explosions or planes hitting the water or whatever else, because all of it becomes normalized. Chris is in control the entire time, and once he’s got what he needs, it’s: ‘Right, got that. Moving on…’ It’s a carefully orchestrated machine, so it never feels like chaos.

STG: This was your fifth film with Chris, after Inception and The Dark Knight Trilogy. Did this production feel like his biggest yet?

CILLIAN MURPHY: My best memories of working on Christopher Nolan films are never the large-scale stuff. It’s the very involved, intensely focused, extremely rigorous work, with Chris right there beside the camera. That’s what I always remember because all of the big stuff – as incredible as it is to witness – doesn’t mean anything unless the human story is driving it.

For me, Interstellar succeeded because it was a very emotional film, and it made me cry. No matter the scale of the set pieces he can pull off or how mind-blowing it is, none of it would have any impact if the story and performances didn’t hit you in the solar plexus. 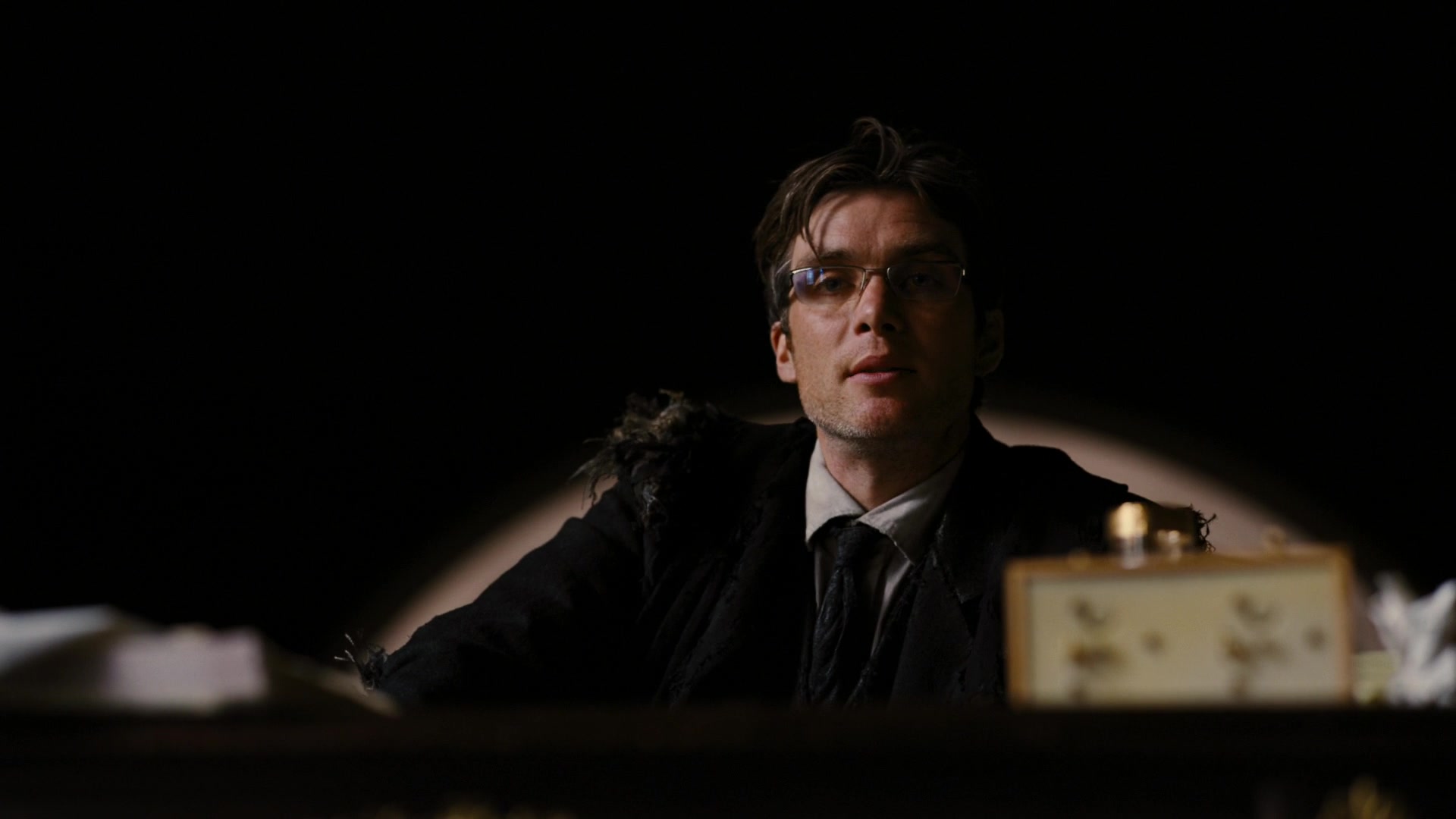 STG: What impresses you most about Chris when you’re working with him on set?

STG: How much did you know about the real Dunkirk evacuation prior to becoming involved in this project?

CILLIAN MURPHY: I’m Irish, and we were a neutral country during World War II, so my understanding was quite limited until I learned more about it through research. It truly was an incredible moment in World War II, and in British history as a whole. It was the result of a wartime offensive that went terribly wrong, leaving hundreds of thousands of soldiers stranded on the coast of France. But it was redeemed by the will and determination of the people to bring these boys home. That’s the ‘Miracle at Dunkirk.’ The scope of this immense evacuation, under extreme duress and despite impossible odds, speaks to both the unity of a nation and the sacrifice and heroism of the individual soldiers and civilians who came together and, ultimately, were able to snatch victory from the jaws of defeat. 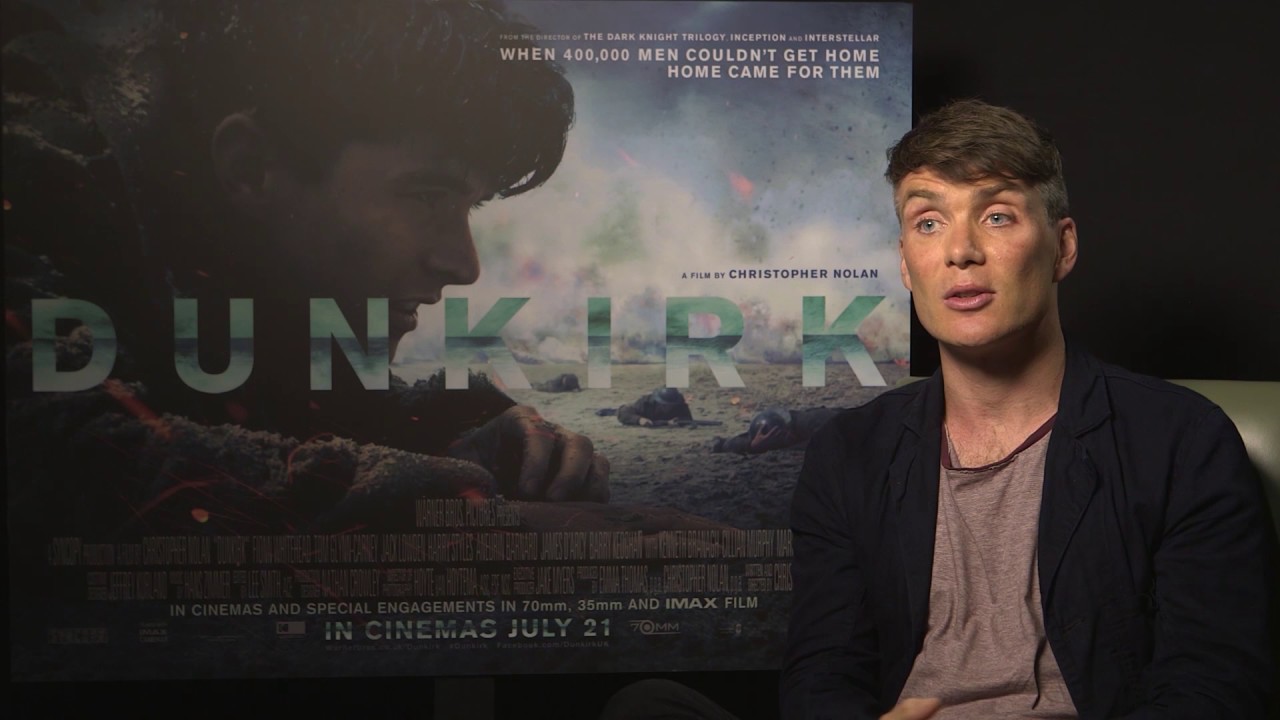 STG: Do you think the film will inspire people to learn more about the actual story?

CILLIAN MURPHY: Our film is telling a fictionalized account of these events, and our characters are not based on anyone who was actually there, but if someone leaves the theater and wants to discover what really happened and read the incredible stories of the real-life individuals involved, I think that would be wonderful.

STG: What do you hope audiences experience when they see Dunkirk in cinemas?

CILLIAN MURPHY: I hope the film takes people on an exciting, visceral journey into this experience, but that they’re ultimately moved by the human story that anchors it all. That’s what Chris does so well with all films, and very much so with Dunkirk. At its heart, it’s a film about courage and survival and the triumph of the human spirit, really. That might sound trite, but I think in this case it actually applies. That is what the real Dunkirk evacuation represents, and I think that spirit is present in every frame of the film.

STG: Thanks Cillian for chatting with us. Dunkirk is currently in cinemas across the nation and the rest of the world. You can read our FIVE STAR review of the film HERE.