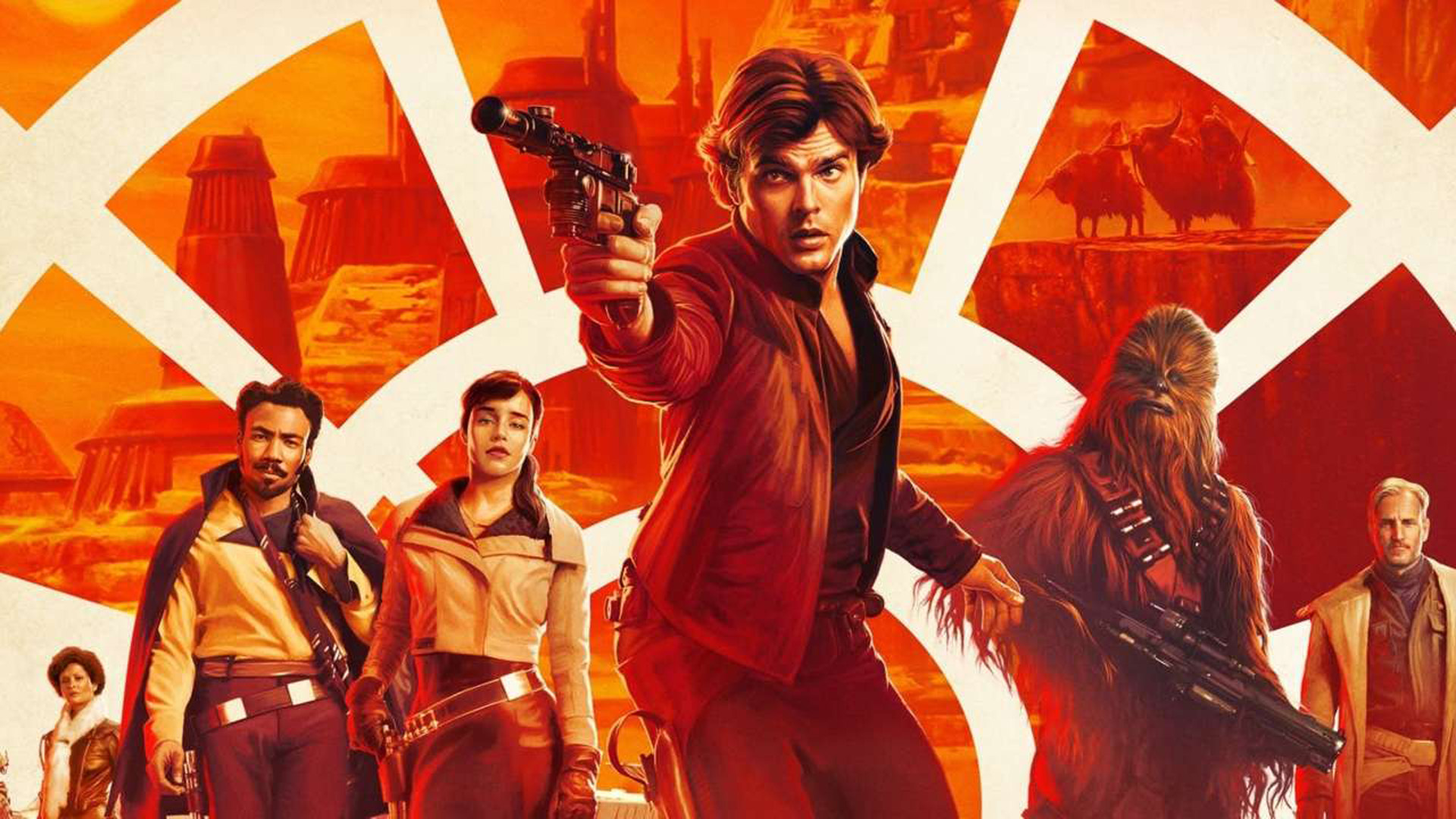 Sacked directors, reshoots and a rookie leading-man, the second Star Wars spin-off movie, Solo: A Star Wars Story has disaster written all over it.

Writing the Han Solo movie was the carrot that got Lawrence Kasdan, co-writer of The Empire Strikes Back and The Return of the Jedi, on board to revisit to write The Force Awakens. In Solo: A Star Wars Story Kasdan and his son, Jonathan, take us back to witness the events that forged everybody’s favourite scoundrel.

Shane the Gamer was invited to the exclusive Sydney premiere of this latest chapter in the forty-year-old Star Wars franchise.

As with Rogue One, Solo starts with the familiar “Along time ago in a galaxy far, far, away…” and skips the crawling yellow text reserved for the main series opening. We do get a brief scene-setting bit of text advising us that the galaxy is in a bit of a mess, fighting (very dune-like) over precious hyperfuel. 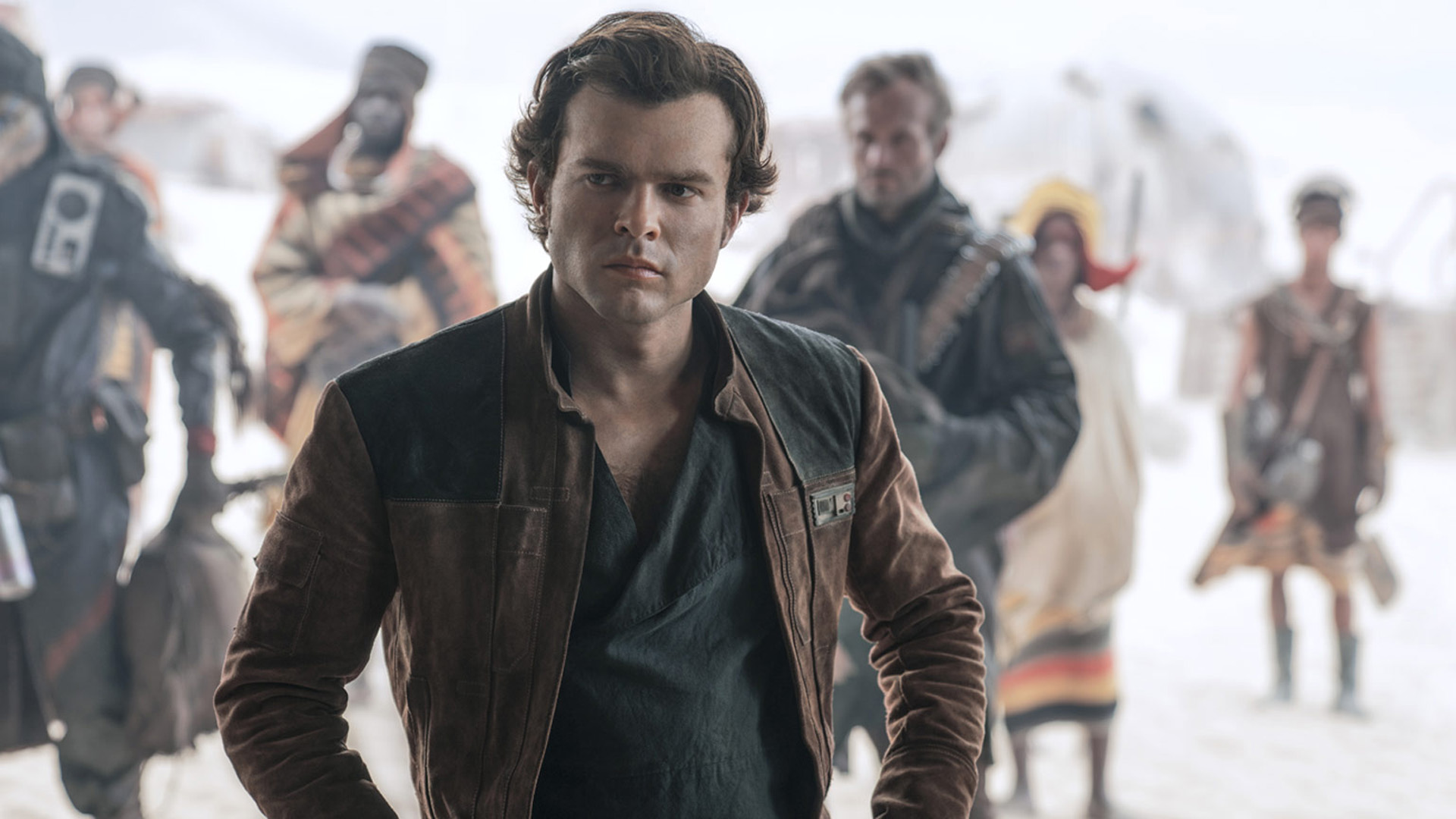 Off the bat, the movie gets straight into with a cocky kid double-crossing his boss and trying to escape the planet with his sweetheart. Of course, it doesn’t go to plan, catapulting young Han into a galaxy of adventure.

Solo: A Star Wars Story is actually a very good movie, and this is comes from someone who watched the original Star Wars when first released back in the 70’s. Is it better than Rogue One? Possibly not. But it does pay plenty of fan service and even shows that you can recast Star Wars characters and get away with it. This is a movie that is far, far better than it deserves to be.

Alden Ehrenreich seems to take a while to settle into the role of a young Han Solo. The filmmakers do a good job of portraying the character as a brash, arrogant youth without him being an arsehole – which was what I was afraid of. Instead we see the beginnings of the lovable scoundrel full of aspirations, but without the experience to actually pull it off. 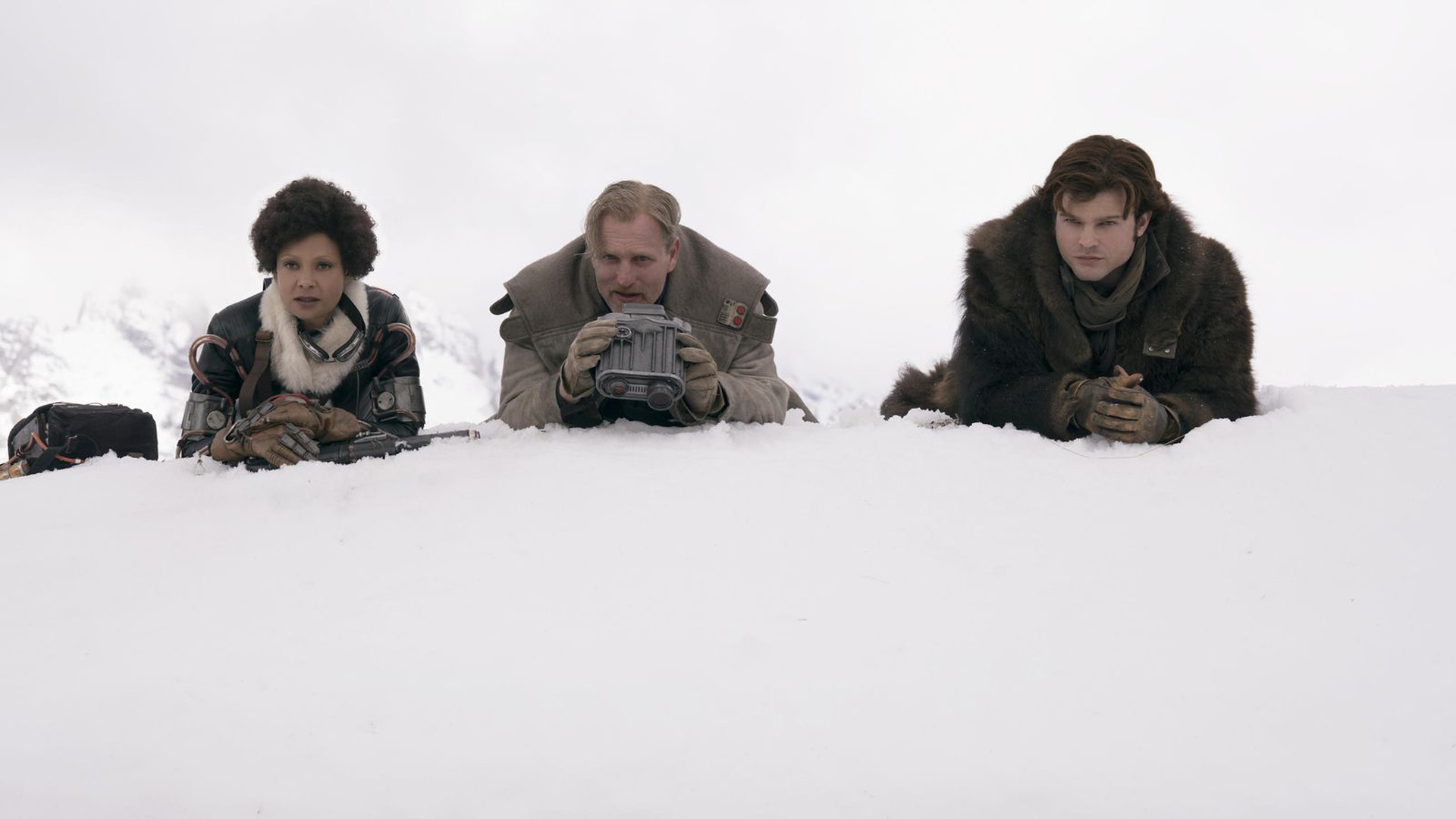 When she’s not doing her awkward, face-splitting smile, Emilia Clarke successfully pulls off her duties as leading lady, Qi’ra.

I’ve got to say, despite finding the British actress delightful in her role as Game of Thrones’ Daenerys Targaryen, she really didn’t do it for me as Sarah Conner in Terminator Genisys. In Solo, her character, who initially seems to only serve as Han Solo’s raison d’etre, actually plays a much larger role in the Star Wars universe and one I hope we will see much more of.

Donald Glover’s introduction as swindler Lando Calrissian oozes a young Billy Dee Williams and steals every scene he is in. But this is Han Solo’s story, so Lando has a back seat behind Chewie and Qi’ra. Lucasfilm would be stupid to not give us more of Donald Glover’s Lando in the future, though. 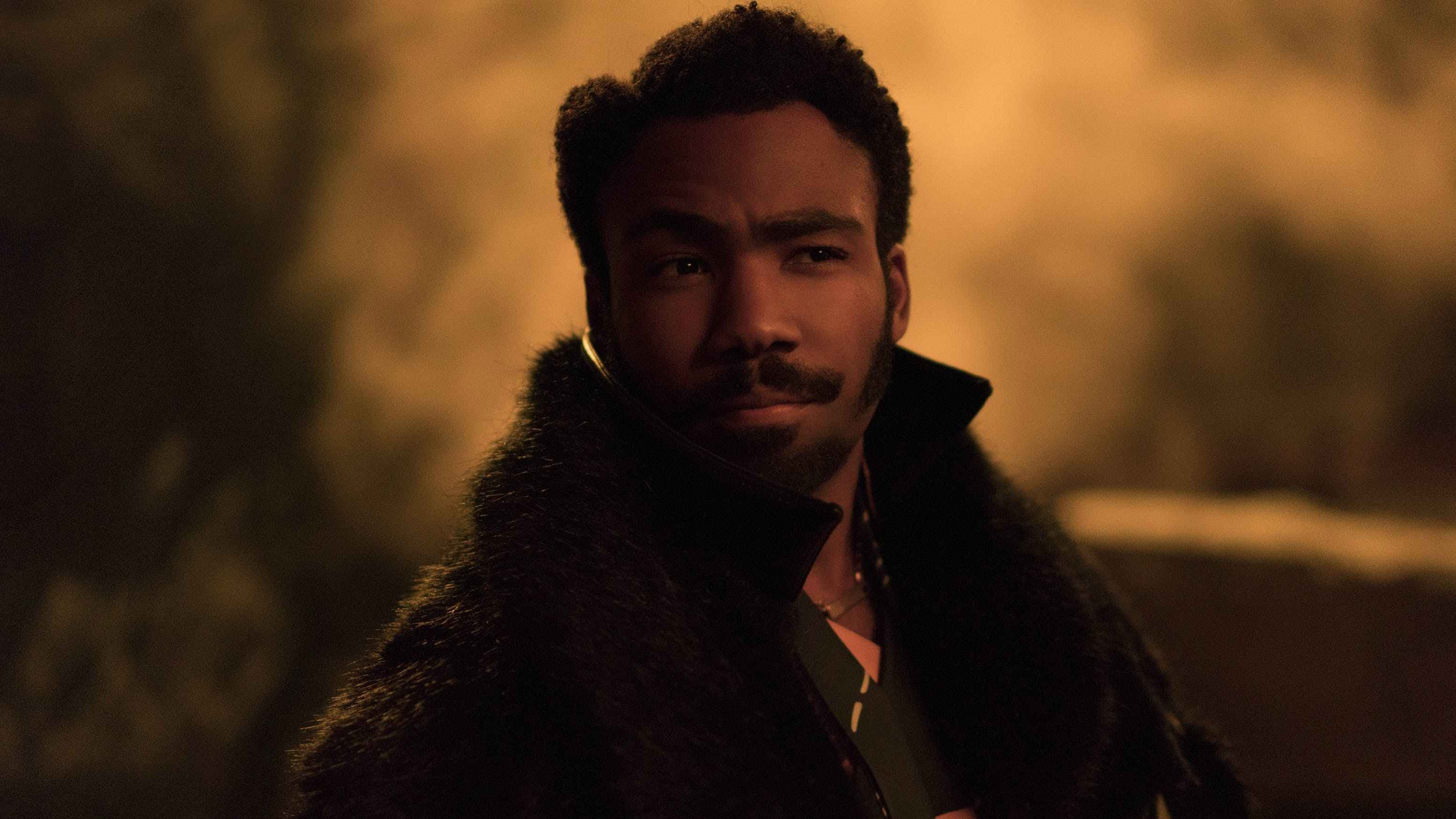 The supporting cast is superb, with Woody Harrelson’s Beckett the perfect mentor for young Solo. Paul Bethany chews the scenery acting against type as the villainous crime-boss, Dryden Vos. Thandie Newton, who seems to be in everything right now, also does a nice turn as Beckett’s squeeze, Val.

The movie offers us a glimpse of the Star Wars galaxy’s underworld, previously teased to us in The Return of the Jedi. This means we get to see a menagerie of exotic aliens, some species of which we’ve seen before plus many new ones.

Solo is basically a movie about a heist going wrong and another heist that’s required in order to appease the crime boss and get Han, Chewie and Beckett’s lives out of the fat. It works well. It’s no secret that Han meets his buddy Chewbacca in the movie, but we also get to see how he got his surname and witness the origin story of Han Solo’s Millennium Falcon, which is a lot of fun. 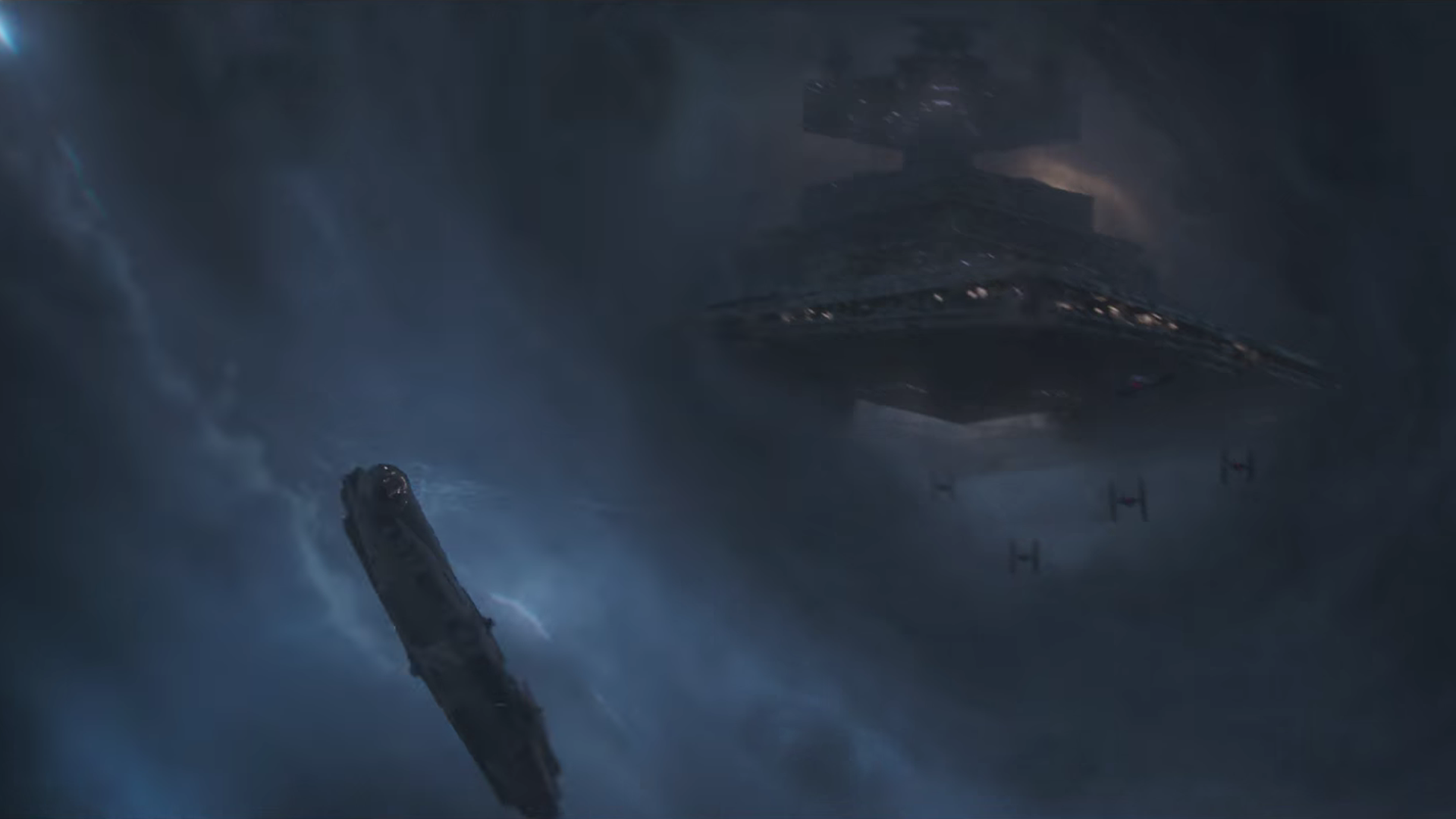 There’s also a very interesting cameo which will certainly get the fans’ tongues wagging. It would seem that Lucasfilm weren’t joking when they said that The Clone Wars and Rebels TV shows were canon.

I really enjoyed the movie. Watching the off-screen drama unfold over the last year or so, I feared the worst. I found Solo to be a complete fan-pleaser, a far cry from The Last Jedi, a film that I’m still very conflicted about, today. Everything that you expect from a Han Solo origin movie is in there.

I’ll finish by saying that I really hope that we’ve not seen the last of Alden Ehrenreich’s Han Solo.