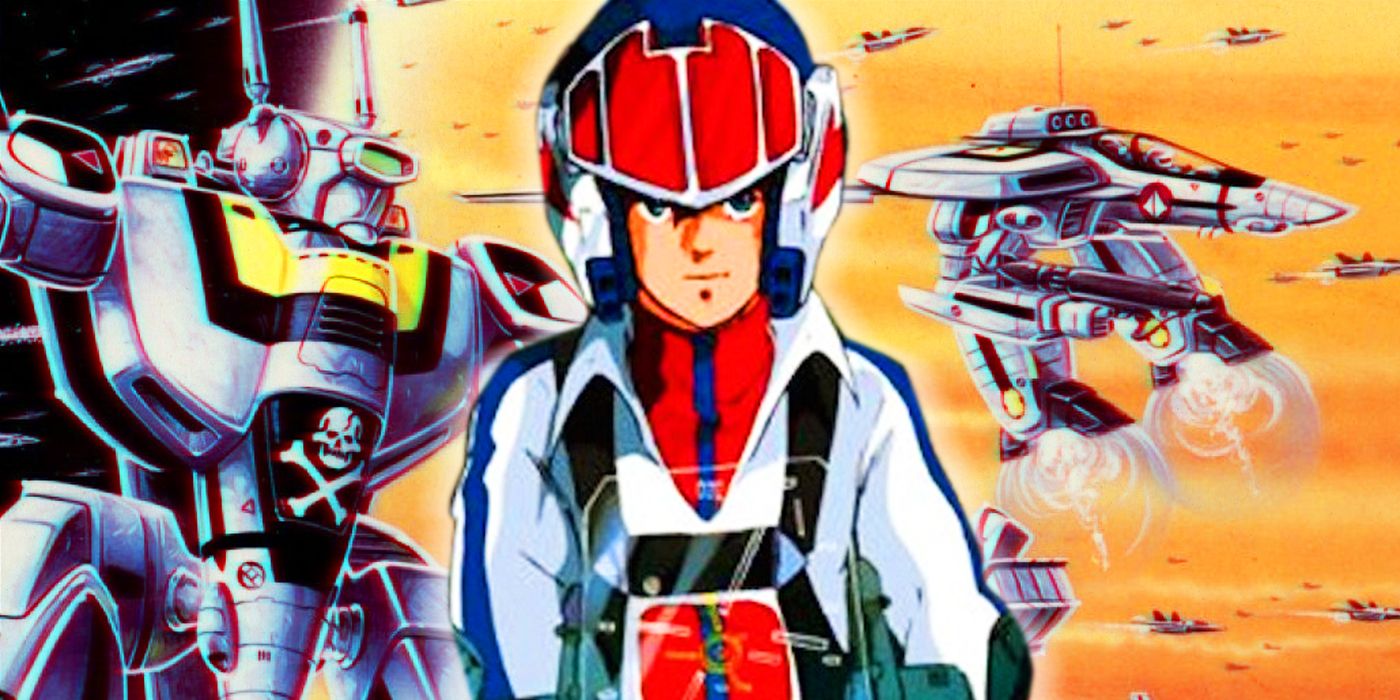 Back to the Future was made, Ride the Lightning and Justice For All were released.

Then on top of that, an American company bought over an anime series, but to make it long enough for syndication they grabbed two other unrelated anime series with a similar look and jammed them into one shockingly good series.

That series is Robotech. 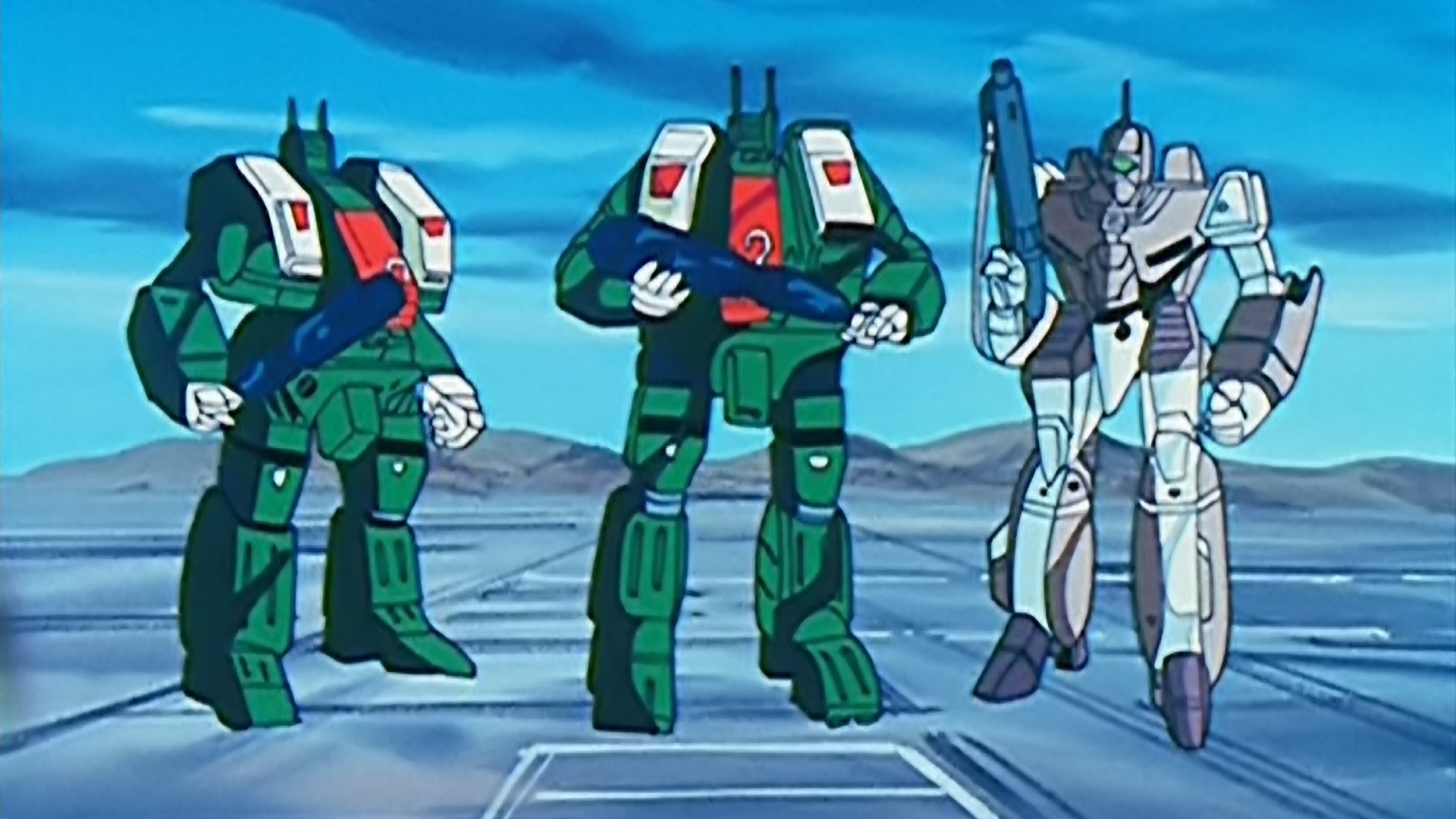 Now if you are like me, this 80’s gem actually missed you by.

I am not sure if it even released in NZ and that meant it kinda missed our sphere of existence (even if I wasn’t old enough in the 80’s to say anime) but it was only real recently that I’d heard of it.  What I did know is it was one of the early dubbed anime series and I was very interested to check out the hype. That absolutely crazy backstory had me even more intrigued.

Robotech tells of an Earth where an alien spaceship crashed in the South Pacific.

After a heap of work and research, humans repair the tech and use it to make other cool tech like mechs. In this process they discover that there is of course advanced technology in the hands of aliens and as such the world comes together to make their defense force in case it is ever needed.

It was. I mean of course it was right?  What kind of a mech anime would a show be if no enemies came to use the mechs against. 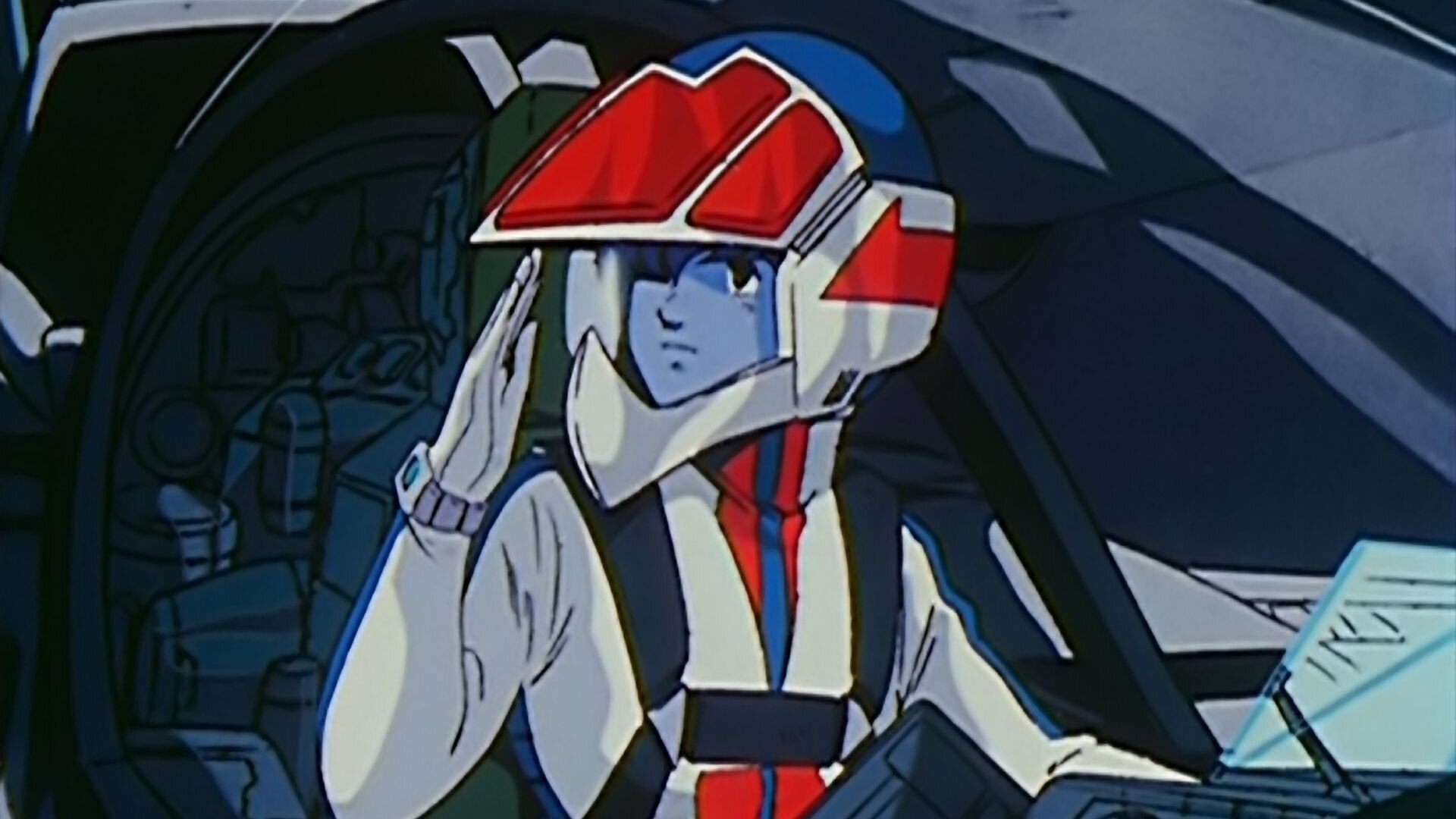 The first series follows Rick who is an excellent pilot and really good at causing mischief.  He is going to the launch of a new massive ship because his soldier brother Roy is doing a big unveiling of the tech.

Rick is checking out some cool new planes when the original owners of the tech come to earth and Earth finds themselves in their very first battle with aliens. Roy isn’t a soldier but is instructed to fly by people not realizing who he is and he takes off and starts battling away.

Before we know it our protagonist is shooting down enemy vessels and then he discovers something extraordinary, his ship turns into a mech and he crash lands.

It’s an absolutely bizarre story  and it’s a wild ride. Roy is a much more flawed hero when adjusting to the tech than we are used to and the couple of episodes where he is really green is a great ride. This season that ensues is dubbed the first Robotech war.

The second and third Robotech wars take place a few years after.

Each involving a new species coming to earth and being fought off by humans and their mechs. I won’t go too much into all of it because I wrote heaps just covering how the first season started.

The animation team that brought the series over made new episodes to link the TV shows and made changes throughout to make them link. Somehow they make one excellent old school anime series.

This Box Set has all three on Bluray.

The footage has been tidied up a bit so it looks nice and crisp and bright. But what they have done is kept the graininess in the footage which really helps make the show feel like the important part of history that it is.

On top of this the box set comes with 7 hours of footage. This includes insane amounts of cutscenes and things like music videos, but I was drawn to a documentary.

This behind the scenes documentary is just utter excellence. It is from it’s time and the people in America bringing over the show talk about how Japanese animation has its benefits, and the show was a chance to save heaps of cash by using their animation and technology. Watching them talk about anime as a new thing for America is fascinating, and the terrible CRT TV’s in shot make me thankful for the era we live in now. 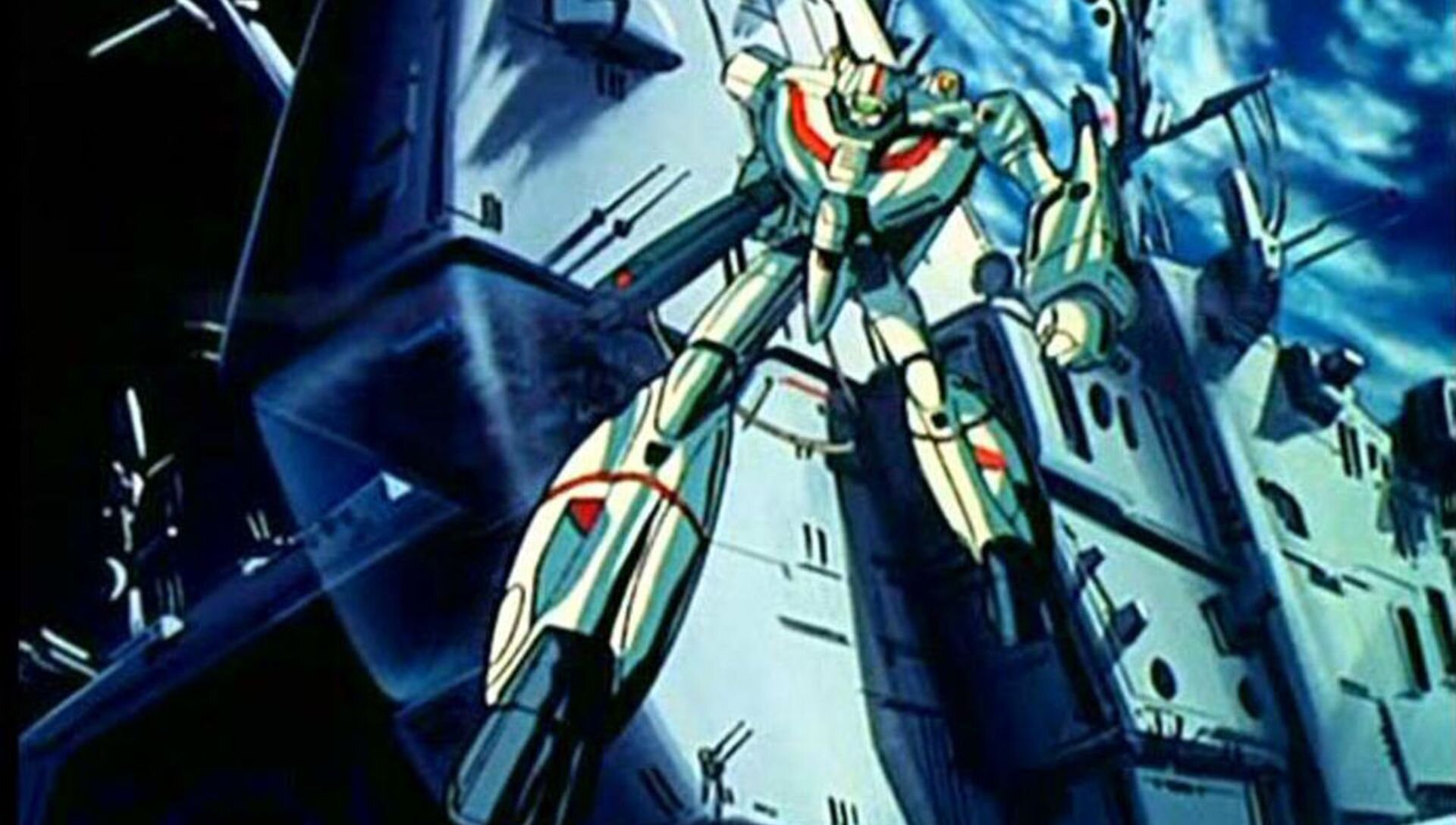 On top of all that awesome, the Blu Ray cases come slid in a rough paper sleeve which feels really good and they then slot into a bigger hard Robotech case.

It is weird to harp on about something like that but I really rate it.

As well as that the package comes with some really cool Robotech iron on patches but best of all a couple of figures.

The first is a mini Roy, but best of all is a transforming version of his mech. This can switch from plane, to guardian, to mech mode and that is fricking awesome.

If, like me you were / are curious then the new Robotech Complete Series – Limited Collector’s Edition is the best way to enjoy it.

You can watch and enjoy this iconic series with so much valuable extra content, and then on top of that the physical bonuses are well worth their addition.  It is an insanely awesome edition of a classic anime series. 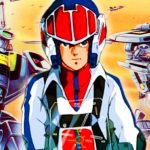