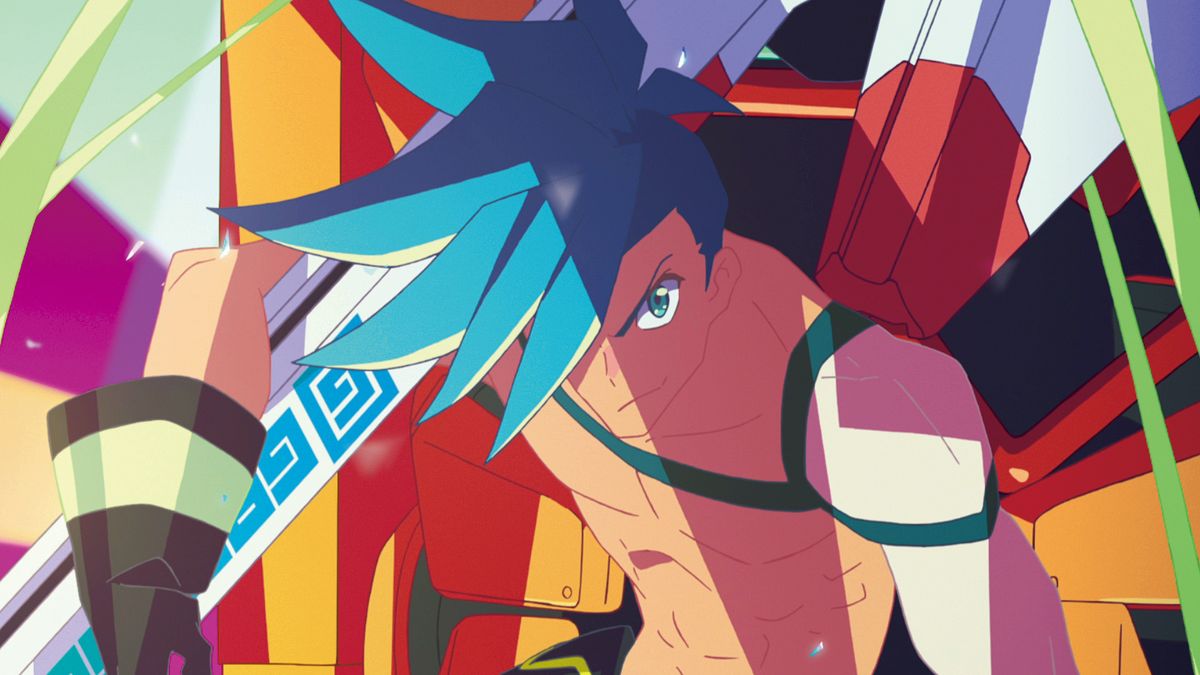 Self contained anime movies can be something truly special. Isolated to a couple of hours without being part of a wider universe and the limitations of live action can tell some truly bizarre stories.

After seeing Promare in the cinema I realised this is one of those brilliant examples, and now on Bluray I can keep enjoying the glory at home.

Promare is set in a world 30 years after a destructive event called the Great World Blaze took place where half the populations spontaneously combusted. A few of these people became Burnish, a people that can control a living fire and can reign destruction on a huge scale.  A group of terrorists called Mad Burnish do exactly that. 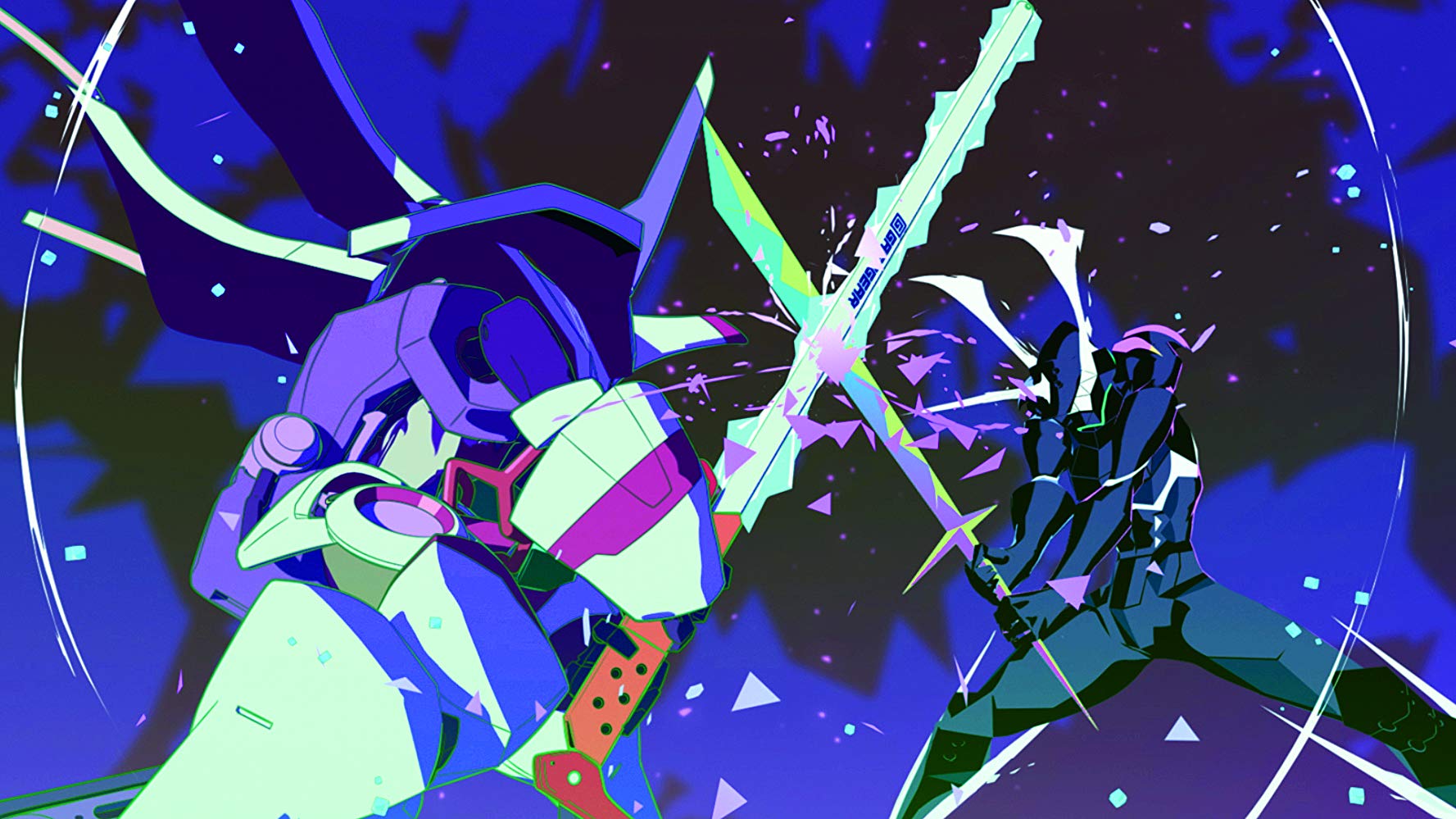 The movie kicks off with a massive fire in a building as the firefighting team Burning Rescue go to extinguish the flames. This team with the bizarre and overly excited firefighter Galo go in their mechs equipped with weapons that blast ice and find themselves face to face with Mad Burnish including their leader Leo. After an excellent fight scene we are suddenly thrust into a world where everything isn’t as simple as it seems as Galo learns a lot about Leo and the burnish people while uncovering a plot bigger than he could have expected.

There isn’t too much more to say about this without diving deep into spoiler territory. It’s a fun story that covers a surprising amount of story in the short run time. There are plenty of anime tropes and most of them are contained in Galo which can be annoying at times. It is an anime movie after all, so we can’t be too surprised. 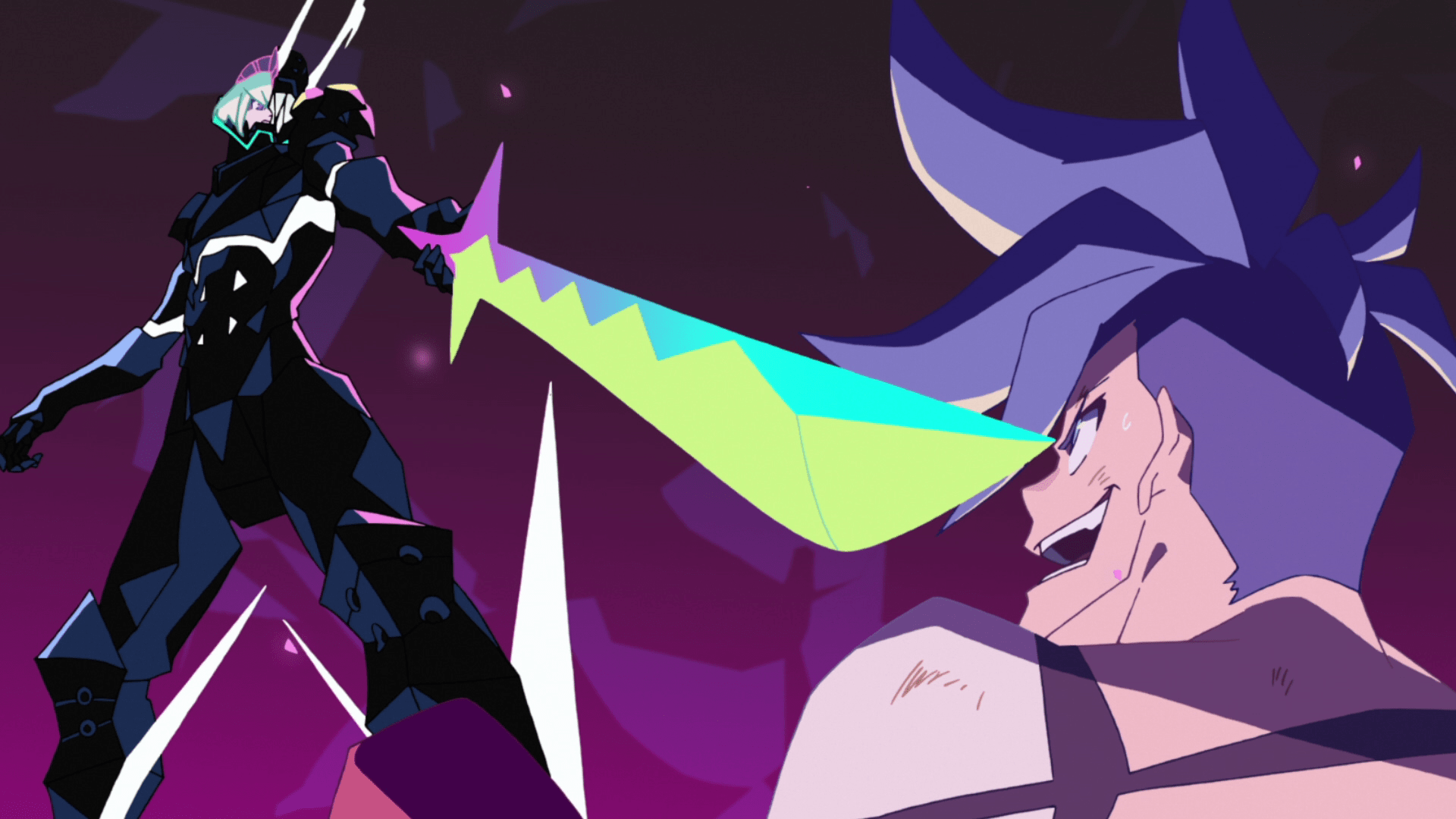 What is most impressive is the arty style. The movie uses a lot of geometric shapes with bright bold colours to extraordinary effect. Pink and blue neon flames detailed with straight edges while pink triangles fly from it looks awesome every time I see it.

Then there are the lines used. Most of the time the lines are thin and can vary in colours, but at times like with the fire there are no lines at all. This gives the action scenes a unique design that looks fantastic no matter how long I watch it. 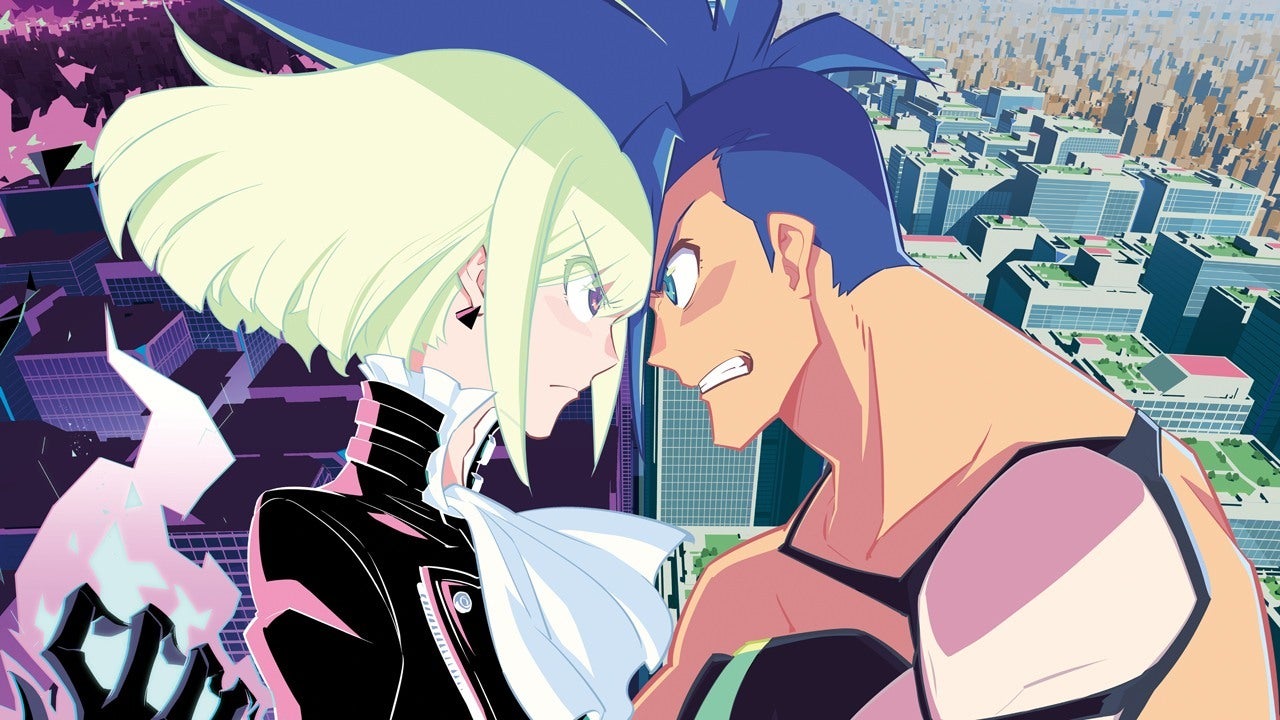 The Bluray also comes with plenty of bonus features like a chat with the voice cast and director, but the real treat is two 10 minutes features that tell the story of Galo and Leo before the movie started. It was a cracking bonus that makes the home package well worth while. The Limited Edition also comes with a sweet little art book with some more behind the scenes info and art.

If you haven’t seen Promare yet, I cannot recommend it enough. If you have, then this package is well worth picking up at home. The movie makes for a great rewatch and the new content adds to the story. 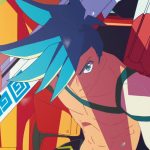 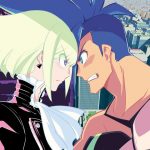 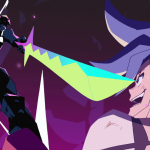 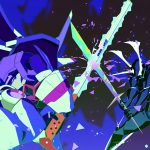