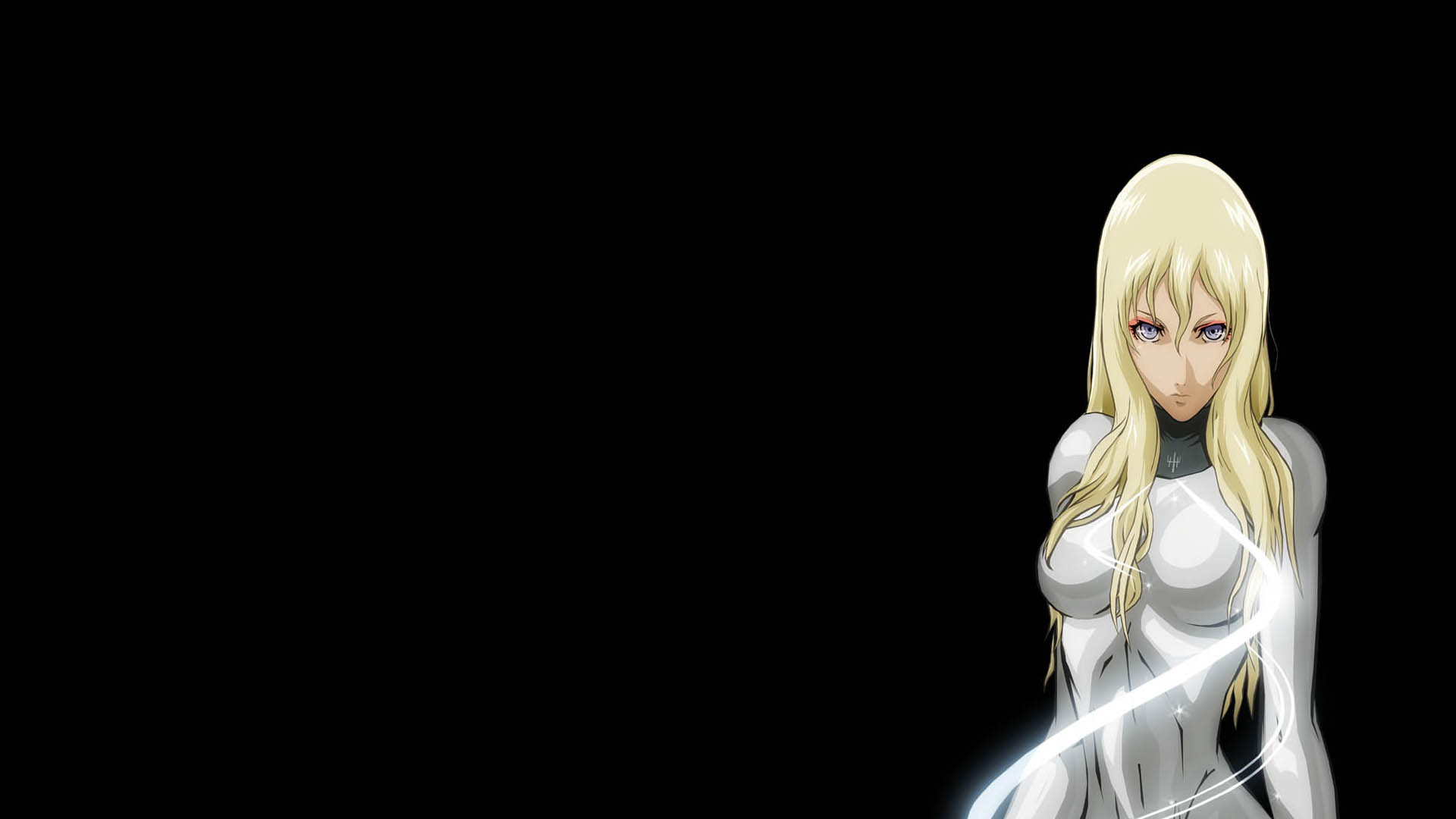 Claymore is an anime series based on the original manga works of Norihiro Yagi. Collected in one complete box-set, the series contains 24 episodes which follows the events of Volumes 1 through to 11 of the manga series.

Upon first glance, Claymore appears to be an anime series about female medieval knights battling monsters, the premise of which did not appeal to me initially. However, upon sitting through a few episodes, the realisation dawned that there was a much deeper plot and story to Claymore, one which is filled with treachery and a test of wit, courage and loyalty. 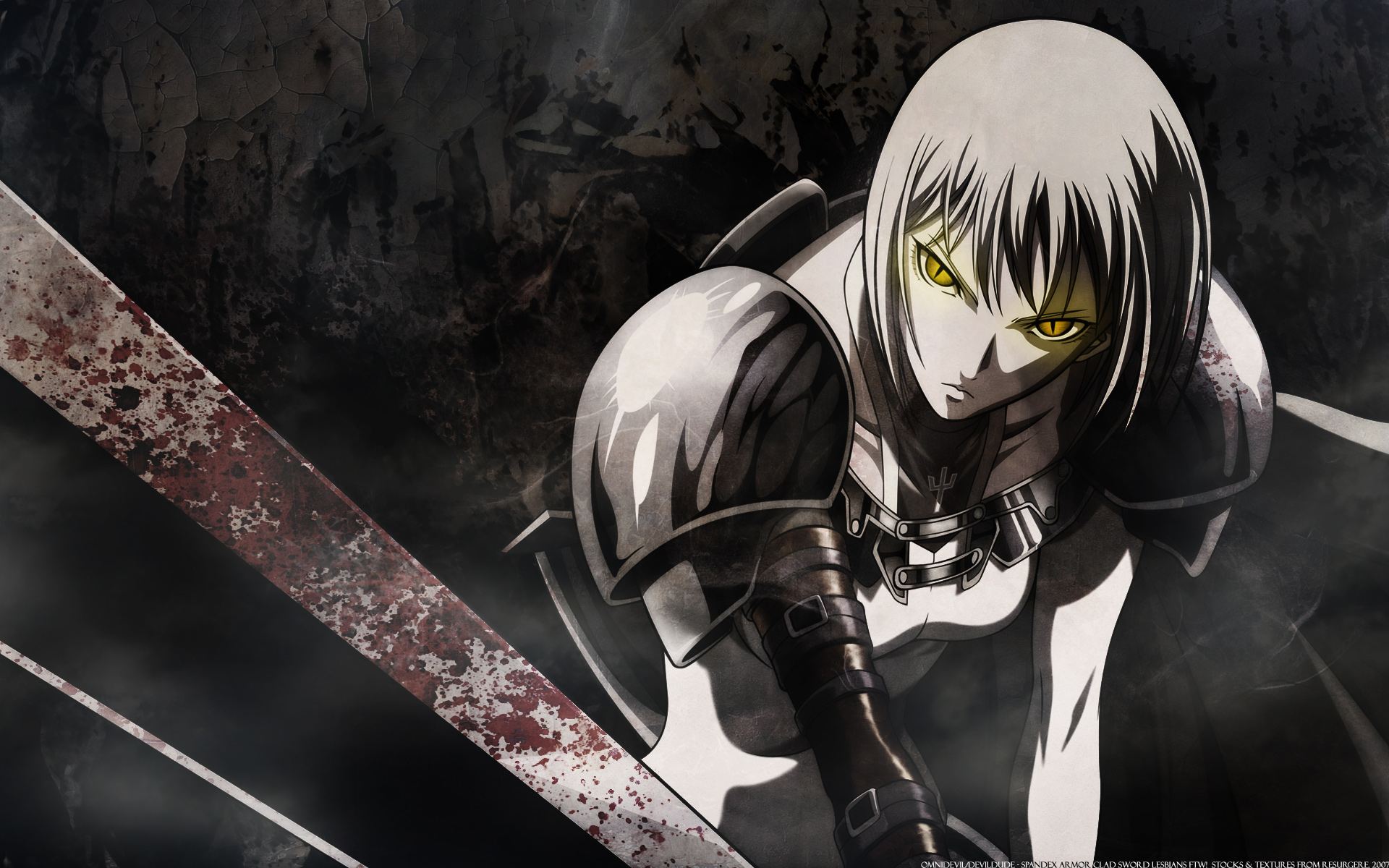 The anime details a world in which humans coexist with monstrous predators known as Yoma, who are able to mimic human appearances in order to blend into human society and feed on human flesh. To protect mankind and rid the world of these horrendous beasts, a secret organisation began creating half human, half Yoma warriors known as Claymores.

The anime follows the story of the Claymore, Clare, and her pursuit to fulfil her childhood goal while carrying out the Yoma killing missions requested of her by the ‘organisation’.

An aspect of the anime that becomes rather apparent early on is that these Yoma and Claymores are unique, in that, the Yoma are all male and Claymores are all female. This is explained in the anime as being due to the human female’s ability to withstand their Yoma nature, rather than give in to temptation, unlike the males. This interesting separation of the sexes and explanation can be taken as rather sexist and almost feminist in portraying human males as too weak to fight off the temptation of power. However, interestingly, Claymores are also shown to be able to ‘hulk out’ to the point of no return and become Yoma themselves, though this is a tougher process and shown to be quite rare. 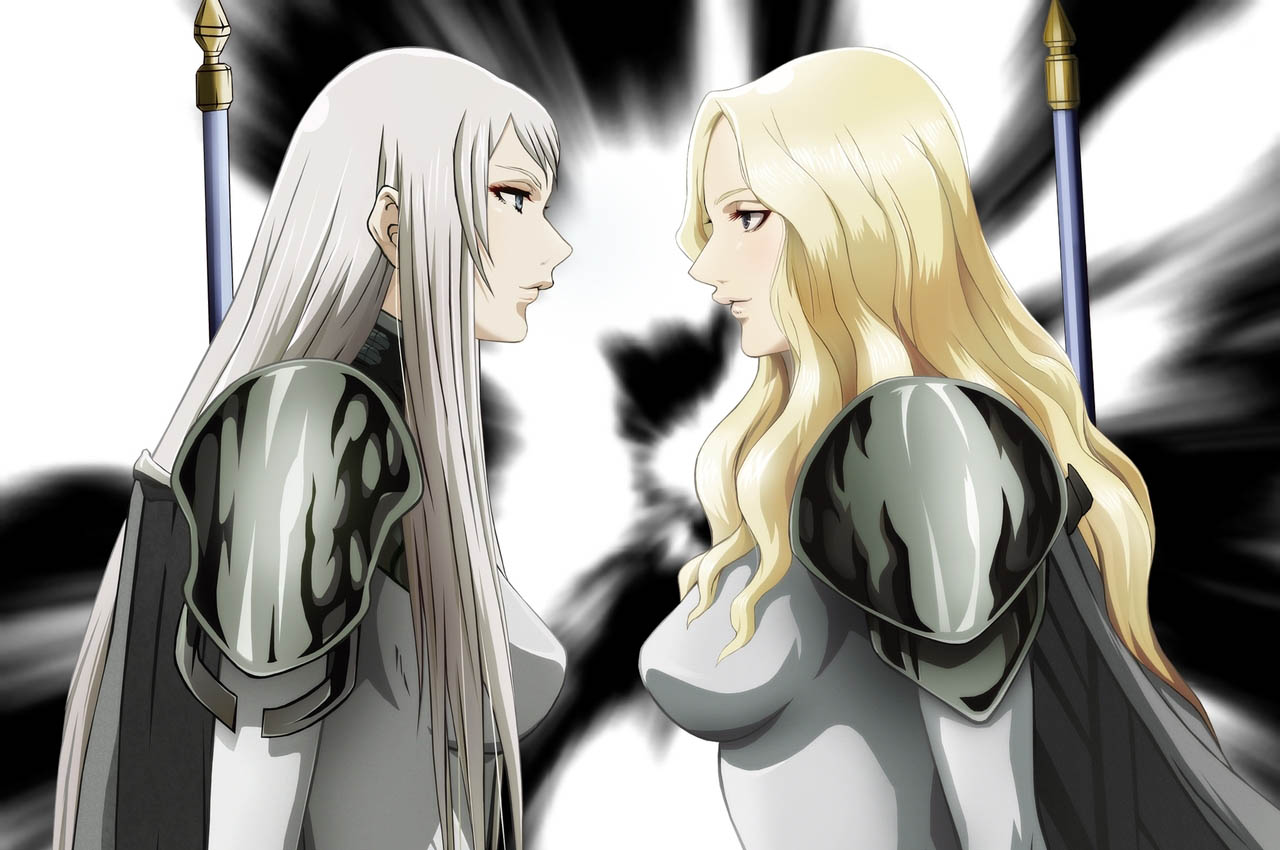 Clare is depicted as a detestable creature devoid of human emotions until she meets Raki, a young boy who lost everything to a Yoma attack. With Raki by her side, Clare’s cold nature begins to shift as she learns to care for another. This change within someone meant to be a “witch” and “monster” is what adds intrigue and interest to the anime’s storyline, as viewers are able to connect with Clare and empathise with her predicament.

As with any series, moments of security and comfort do not last long and that is exactly the case with Claymore as we see Clare and Raki’s adventures get cut off by formidable threats in the form of other Claymores, a series of Yoma attacks and the discovery of a much more sinister plot behind the history of the Yoma and the Claymores, in which Clare must deal with or lose the chance to achieve her goal. 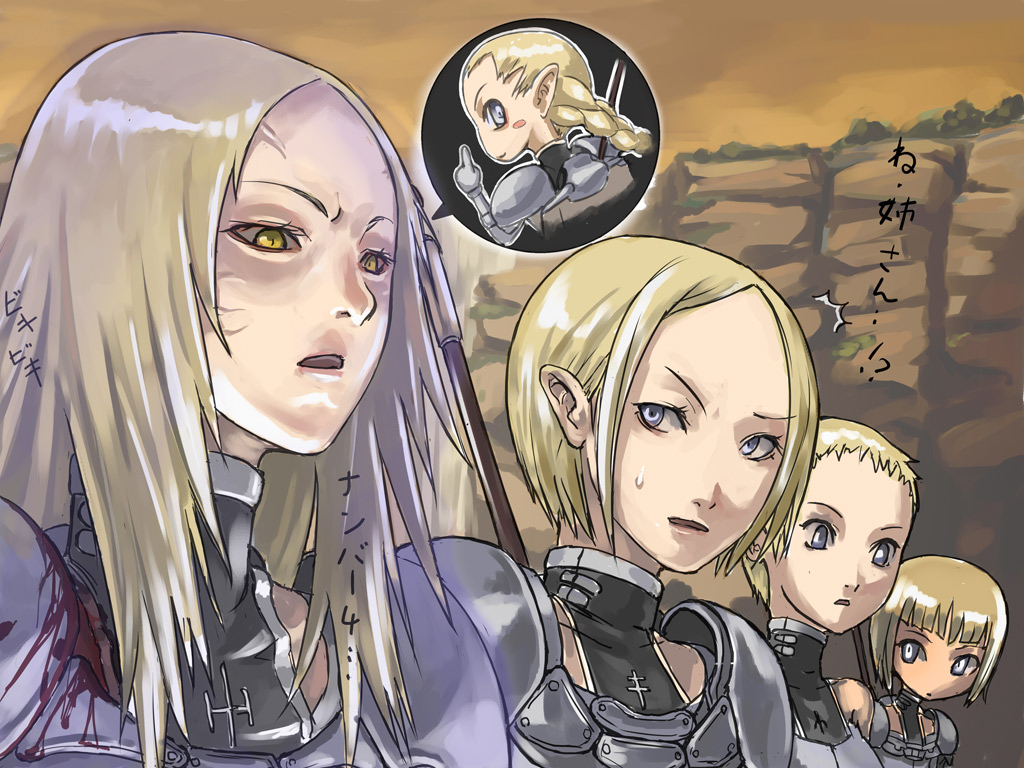 The bond that develops between Clare and Raki is both comforting and peculiar. We see Clare grow more fond of Raki throughout the anime and vice versa, though Raki is more forthcoming about his feelings for wanting to remain by Clare’s side. The extent of the relationship between young Raki and the supposedly immortal Clare is never fully depicted, rather, we are shown more of a familial bond than a romantic one. However, there are moments where the question is raised as to what could potentially develop between these two.

Of course, this is a minute aspect of the anime as more emphasis is placed on the Claymore’s loyalty to one another and their growing unrest with the motivations of the ‘organisation’. 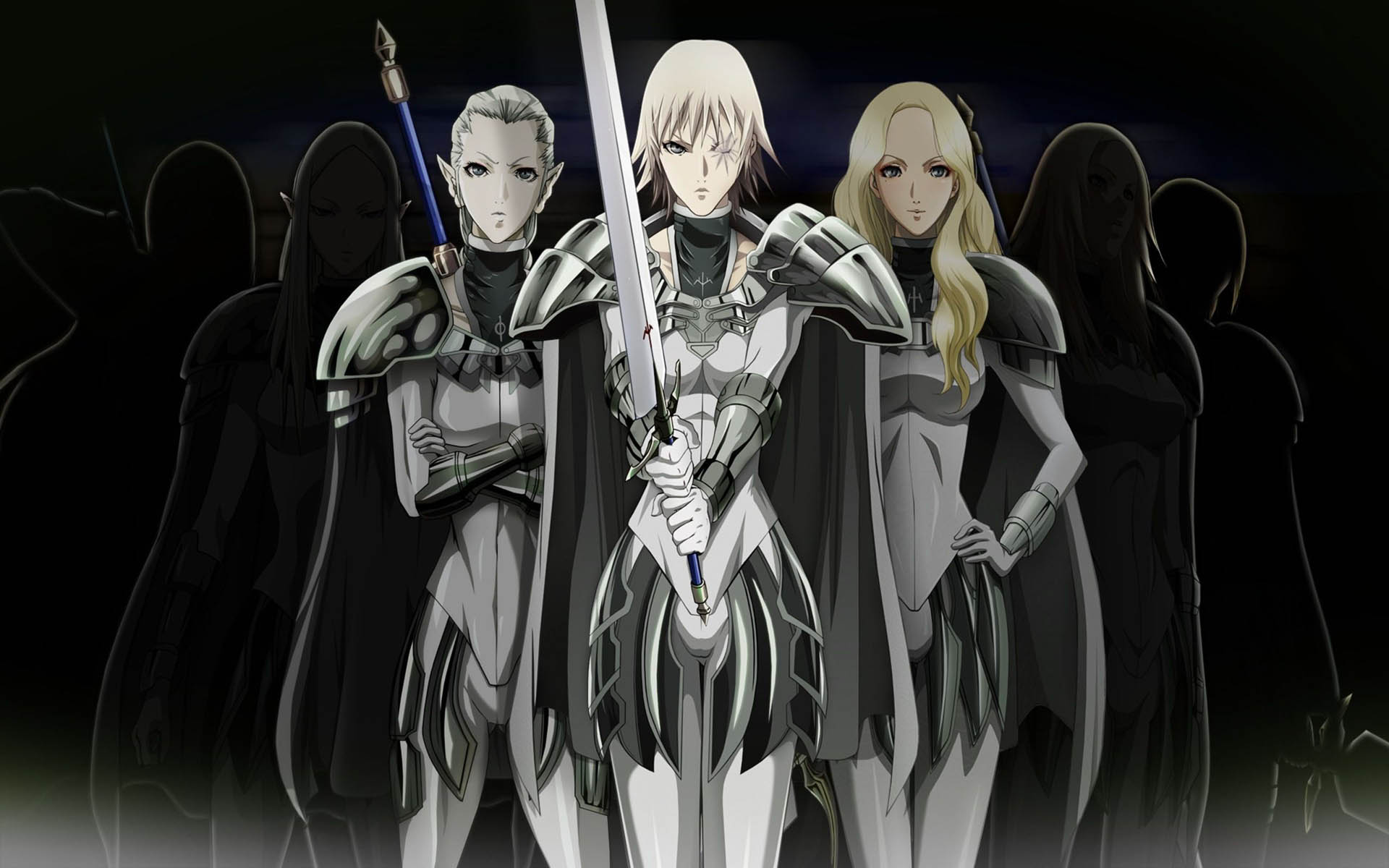 Visually, Claymore isn’t the prettiest anime and the art style is one that I am not used to. That being said, the fight scenes are incredible and the series remains watchable as the appeal comes more from the story and soundtrack than anything else. Claymore has one incredible soundtrack and is definitely one which suits the time period. Not only that, but the soundtrack adds a sense of mysticism, wonder and adventure to the series.

Claymore is an anime that took me a while to get into but upon investing myself into the crafty plot of the series, I was hooked. It became a series that I looked forward to watching. However, as the anime only adapts the manga up to volume 11, the series ends on a cliffhanger without any proper closure. This can be incredibly frustrating as it forces those who have enjoyed the series to simply accept the ending as it is and turn to the manga, which runs up to volume 27 to find out what happens to Clare, Raki and the other Claymores that become integral to the series. Regardless, the anime is an interesting one and one I would recommend, especially to those who enjoy period dramas.