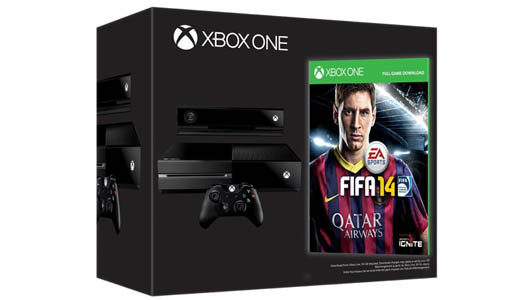 There’s no doubt in my mind that FIFA 14 on the Xbox 360 is a superb game. It’s a series highlight that brings the action, excitement and emotion on the virtual pitch closer than ever to that of the real-life beautiful game.

Hello Peter, can you tell me about yourself and you involvement with FIFA 14?

I’m a producer on FIFA 14. I’ve been involved with the FIFA franchise for a number of years. I’ve worked on a number of different consoles from the 3DS to the Wii U and on current and next-gen FIFA experiences. I work with an incredibly talented group of developers work year after year to make what is, in my opinion, the best sports game in the industry. 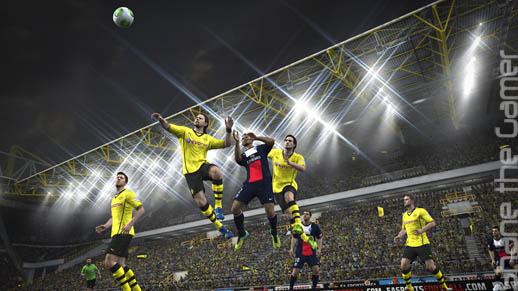 This is a new one on me, interviewing someone about a game that I’ve been playing for weeks. Or have I? What are the main differences between the Xbox One version and the Xbox 360 version I’m playing at home?

That’s a good question and one that we are hearing a lot. We knew that we were going to be asked this question from the moment we started developing this game. We decided that we would explain the difference by saying that we want the Xbox One version to feel alive. That goes from the players on the pitch, how they are reacting, but also in the stadiums; what‘s happening in the stands.

Crowds have been one of the sore points with our community and the press for a little while. Whilst we could get the crowds acting that much better on the latest versions of the game, the new hardware in Xbox One is going to allow us to really marry what’s happening on the pitch with what ‘s happening off the pitch. There was always a feeling on the current-gen consoles that you are playing in a bit of a vacuum. The action on the pitch and the crowd’s reaction sometimes worked and sometimes didn’t. So on Xbox One you are going to see the crowd acting intelligently and things looking a whole lot better. 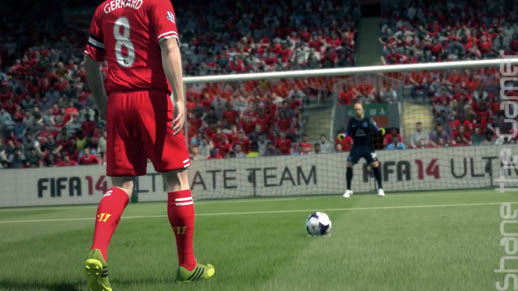 So, you’ve put a lot of effort into improving the presentation in the game for next-gen?

Yes, we sent our presentation director to Europe this year to sit in one of the trucks to experience an authentic broadcast; it was with Sky or someone. We were able to get all the different camera locations for each stadium. This has allowed us to create a richer and more varied experience when playing the game. On next-gen everything is going to feel new and different.

The new hardware gives us options to do things that we couldn’t do on the 360 and PS3. We can do four times as many memory calculations per second. Currently we only get one defender and one attacking player in a heading situation, on a corner or on a cross. Now with Xbox One we are getting multiple players, multiple defenders and multiple attackers when we are up for headers. We are also going to have more animation variety; it’s going to make it feel like you are not seeing the same thing, the play is always going to look different, feel new and varied. 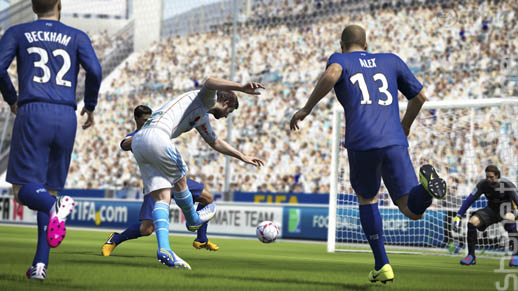 The Xbox One game is powered by Ignite, the new EA Sports engine, does this mean it is a new game or just a nicer looking game?

The current-gen version is the foundation from which we started. It’s a very good foundation because it’s a very highly rated 85-90 Metacritic title. But Ignite does allow us to do things that we couldn’t do on current-gen and, to answer your question in black and white: there are going to be things on Xbox One that you are not going to see on the 360.

Our Locomotion model on the PS3 and Xbox 360 FIFA 14 doesn’t have the fidelity that the PS4 and Xbox One version has. Next-gen allows us more calculations and more animation variety to make the players feel more authentic, more realistic and behave more alive, as.

Xbox One does allow us to make the game look better; that’s kind of the polish question that you mentioned. Also though, at a fundamental level, on the gameplay experience as a whole, there are things on next-gen that that you can’t do on next-gen. 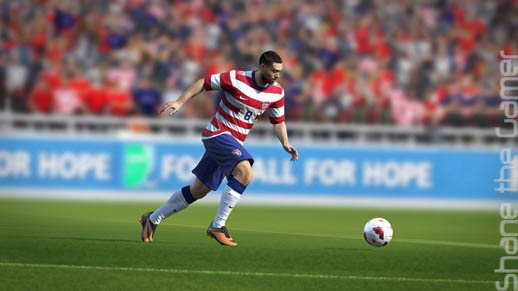 I was playing the Xbox One version of FIFA 14 a moment ago, it felt very similar to my Xbox 360 version. It was all there, the 360 degree turns, the crafty defenders, that sense of momentum and the great physical interaction; all of which I believe were new for this year. What does the next-gen hardware bring to the actual football experience?

In terms of gameplay experience, as I mentioned, players are going to be able to anticipate reactions and that really changes the way it plays.  You and I were talking earlier about how you sometimes see a lot of play going down the wing or interactions with defenders. I know when I’m playing on my current-gen console and I’m going down the wing I sometimes feel that the defender can get the ball from me a little too easily. It sometimes starts to bother me.

What we’ll see on Xbox One is the attacking players knowing what’s coming and anticipating challenges. He’s going to step in from off the defender and use his body to try and protect the ball; whereas, on Xbox 360 it sometimes it feels like he just knocked me off the ball and that was that. That is one of the core fundamental changes for the next-gen FIFA 14.

Our Precision Movement technology is one of the other ones where, again, it is based on current gen.  Xbox One will have more animation variety, which means different headers, different pass types and different chest traps. With more animation variety and more calculations per second they are just going to act more intelligently than what you’ve seen before. 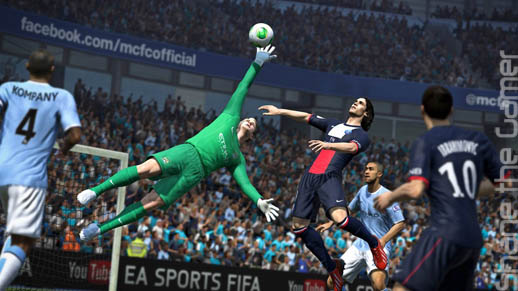 I’m really struggling to get around that idea of the same game, but different.

At a performance level it is better. It’s better looking and it plays better. It really bridges that gap we’ve had between action on the pitch and what is happening off the pitch. 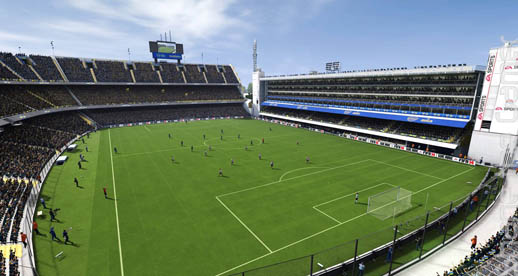 For a lot of people FIFA 14 is going to be the first game that they play on their Xbox One. What is Microsoft’s new machine like to develop for?

They love these kinds of technical things. These sorts of challenges really get our engineers jazzed up. They love figuring things out and making our game better. So it’s been a challenge, but it’s been a good one.

How do you feel about the game being given away with the Xbox One in some territories?

We have strong relationships with both console partners and that allows for bundling opportunities. For us it’s a good thing. We like it. It puts our game in the hands of consumers. I think it is also a vote of confidence from our first party partners; that they feel confident enough to that they want to bundle our game with their consoles. 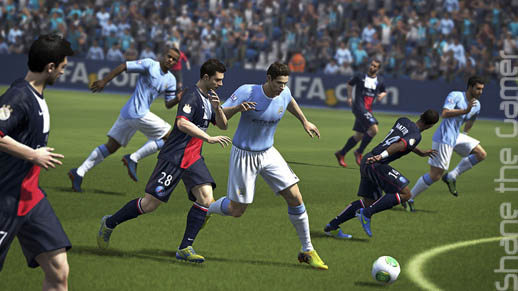 Are players going to be able to move their games, their Ultimate Teams over to the new platform? It’s going to be déjà vu for some of us if we can’t?

Yes you will be able to move stuff over. So no, it won’t be déjà vu, which is awesome. These are questions that we asked ourselves months ago and look, they’re legit questions, right.

If I’ve bought FIFA 14 on my Xbox One or my PS3 why would I buy it again on my PS4 or Xbox One? We knew we had to give them something. FIFA Ultimate Team, Seasons and Career; these are modes that people invest an incredible about of time into. To just say OK, that’s it, take it away and you’re starting right from the beginning again would be unfair. I personally think that we would have heard it loud and clear from our consumers if we did that.

For the game as a whole, you can bring over bring over some football club unlocks, some kits and that sort of thing. We are going to allow you to bring over your current season progress, your Virtual Pro progress. So when you do start you can start where you left off.

We didn’t want to say to people you’ve got to pick version one or the other. For people that really needed that FIFA fix right from launch in September they got it. When this new version of FIFA 14 comes out it’s going to knock your socks off and you are going to be able to start from exactly where you left off. 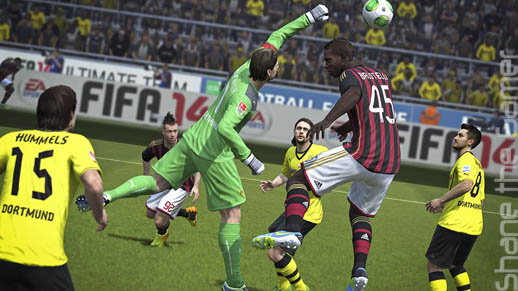 Football is the most popular sport on the planet. How much pressure are you guys under to deliver the goods? What’s it like?

It’s not easy and for an iterative title like FIFA 14 it is very hard. The guys that I’m working with back home are talking FIFA 15 right now. They are working on what FIFA 15 is going to look like, what our vision is and how we want our team to approach every single day of development.

What we do as a team as a whole is always think what is best for FIFA, what can we do on a day-by-day minute-by-minute basis? What can those decisions do to make the game better? It’s not easy.

I think it is the hardest thing in the industry right now to work on an iterative year-on-year title and be aware of the number of fans we have. We have a very vocal community who have very high expectations and we set out to exceed those expectations every year. It’s difficult and, quite frankly, it can be very daunting at times.

You have to have confidence, and not just I the creative people, but the team as a whole; that it is going to be able assemble the parts, meet those goals and get it done. We do this year after year, so we do feel confident in what we are doing. It is tricky, but it’s a great challenge.

What helps us this year is that Konami’s PES is a better title than it has been in years. So having that competition for us – knowing that we have a competitor coming nipping at our heels a bit – will help push us, so that’s good as well. 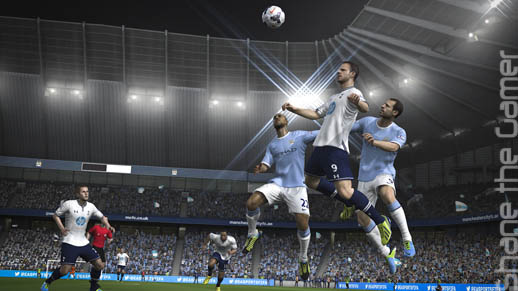 Finally, Arsenal or Man U? And there’s only one correct answer as far as I’m concerned.

I’m a City guy. But if I was going to pick between the two, I like watching Arsenal play this year. I think Mesut Ozil has been a great addition to the Arsenal squad. Whilst they didn’t exactly fall on tough times after they lost Van Persie to United, I’d still like to see them back in the champs again. They are fun squad to watch. If I had to pick between the two it’d be Arsenal.

Good answer. Thanks ever so much for taking the time out to have a chat, Peter.

FIFA 14 will be out for the Xbox One and PlayStation 4 on the respective consoles’ launch days towards the end of November.