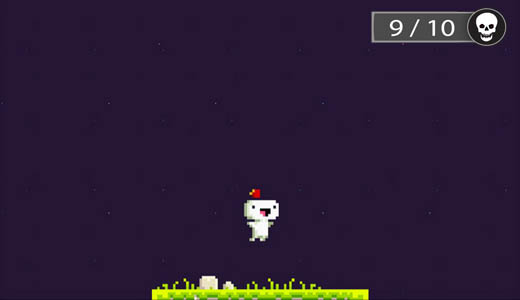 Fez is one of those titles that has been around for a while, but eluded the PlayStation console until now. Initially gaining critical acclaim during its debut on PC in 2012, it’s great to see what made the game so special on other platforms.

This has now translated almost perfectly to the PS3, PS4 and Vita.

Inspired by the classic tropes of the platforming genre, Fez’s story sees our hero, Gomez gathering pieces of a mystical cube after its accidental detonation. Imbued with the rare ability to shift perspective of a 2D world by rotating the rectangular platforms left or right, Gomez alone must traverse the countless areas and levels to unlock the secrets of the universe and reassemble the mystical cube before the world decays into nothingness. 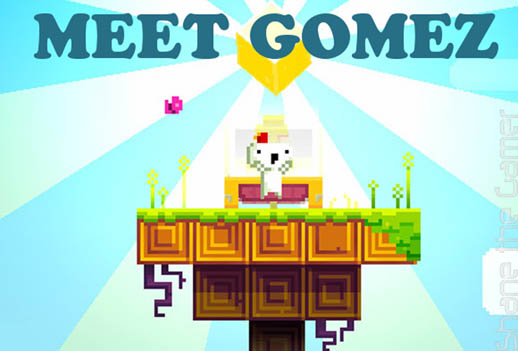 While this narrative is nothing out of the ordinary, it is the delivery and particular plot points that really demonstrate Fez’s masterful understanding of both the platforming genre and video games as a whole.

Witnessing the destruction and scattering of the mystical cube is followed by a simulated application crash and then a forced system reboot. All the elements within this simulation are recreated with vivid detail, complete with memory check and bios commands to really sell the experience. 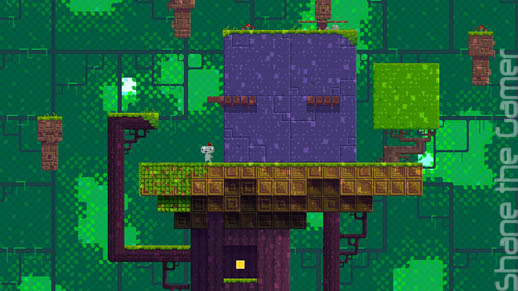 A lack of complete translation to the PlayStation platform here is a little disappointing, as the same system crash that would elicit a moment’s pause from a PC user can only be experienced as a cut scene for those playing a console or handheld equivalent. Seeing the game recreate a forced console reboot complete with the ‘PS’ logo would be a nice touch here, however the difference is minimal, and the self-aware humour the game communicates can still be appreciated.

The ability to rotate perspectives is surprisingly complex and painstakingly thought out. 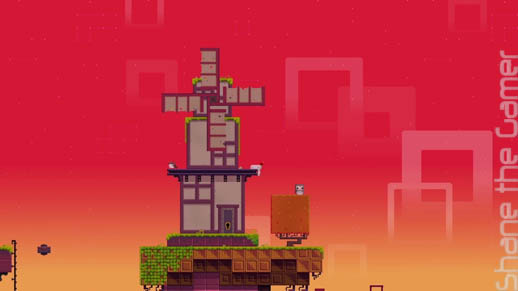 Rotating left or right with the triggers is not simply a case of moving the platforms Gomez is standing on to reveal more terrain and platforms, but rather a full shift of alignment, meaning a short ledge from one view is now a full shelf and a ladder that only goes halfway up a wall from one view will fully scale a building from another.

It’s learning these tricks, combining them and mastering them that takes the entirety of the game and keeps you playing well past the point of the main storyline.

The puzzles that are littered through Fez have a nice variety of difficulty, often requiring spatial reasoning and problem solving. 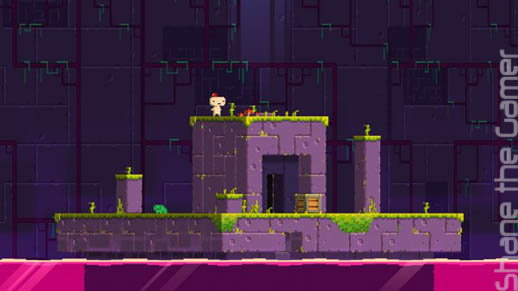 Hints are posted throughout to keep you focused and on the right path, but even these are puzzles within themselves, often being written in various orientations, or in the cryptic alphabet that exists within the world. One of the most confusing puzzles has to be the game’s map, which displays the various areas and Levels in a 3D flow chart style. Here, seeing where you want to go and actually getting there are two very different things. 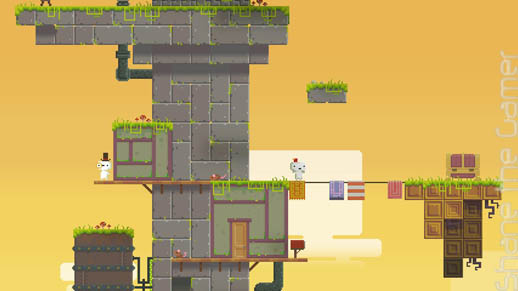 The visuals are a vibrant but soft 8bit look with beautiful night and day incorporated into the Level design. Each area can be constructed of numerous Levels, but they all share thematic elements that take you through a forest or sewer giving the game an even larger feeling of scope and journey. All this is knitted together by a greatly utilised 8bit soundscape and score, resulting in a truly polished feel to gameplay.

While many may have already played Fez on PC or Xbox, the truly satisfying part of playing Fez on PlayStation (other than trophies) is the ability to cross save across devices. 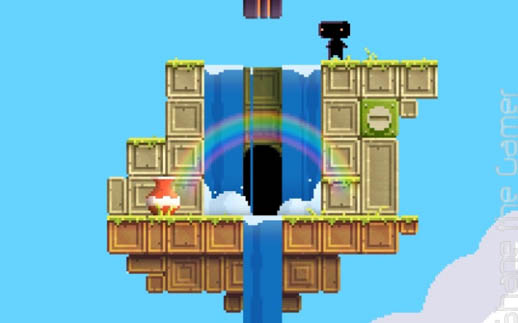 A session that began on a PS3 or PS4 can be picked up and continued on a Vita with no loss of visual experience or controller incompatibility. The touchpad on the Dualshock 4 controller makes for a better experience in navigating the game’s map, but this is matched by the touch screen on the Vita.

In fact, the worst platform of them all to play this on would be the PS3, but only for this lack of tactile interaction. By accessing the one save file through the PlayStation Network’s cloud storage, picking up and playing makes for an experience that can only happen through PlayStation. 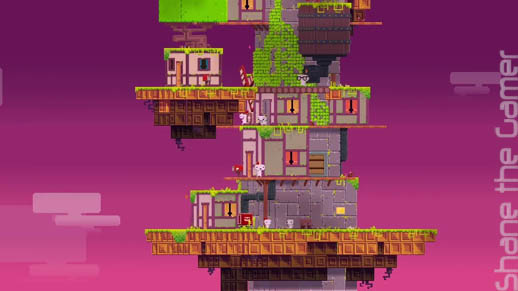 Whether you’ve played Fez before, or you’re coming to it for the first time, the PlayStation version is a fantastic way to experience a great little indie classic. Plus, purchasing one version gives you the other two as well. So if you don’t own a PS4 or Vita just yet, you can always play the game again later.

This aspect alone would make the game great value for money, but additional features built in through New Game + makes for additional replayability. All in all, no matter which device you’re playing it on, you won’t be putting it down any time soon.